The Wheel of Time Episode 4 Recap and Ending, Explained 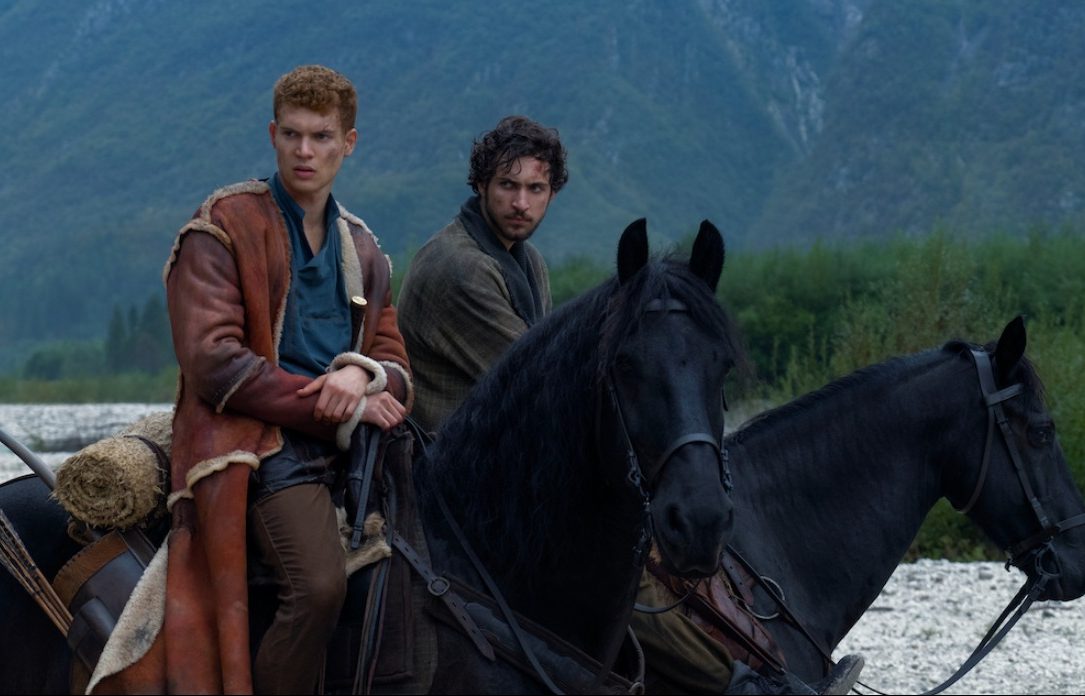 ‘The Wheel of Time’ follows the incredible saga of the Dragon Reborn, who wields the power to break or “bind” the world. Episode 4, titled ‘The Dragon Reborn,’ gives us the first glimpse of just how powerful the reincarnation of the ancient warrior can be.

However, doubts remain as to their identity, and the episode closes with another character displaying explosive magical powers that seem to match the Dragon’s. The power of the Dark One also flows ominously close to our heroes and might have infected one of the five youths that Moiraine initially picks. A lot goes down in ‘The Wheel of Time’ episode 4, so let’s dive in and take a closer look. SPOILERS AHEAD.

The Wheel of Time Episode 4 Recap

The episode opens in the Aes Sedai camp, where Liandrin, Moiraine, and five other “sisters” (as the Aes Sedai members call each other) keep a close eye on the recently captured Logain Ablar. Through a flashback, we get a glimpse of the caged man’s magical powers as he lays waste the kingdom of Ghealdan, eventually taking its king as his assistant. In the present, we see it takes two Aes Sedai members at any given time to keep him suppressed, and Moiraine feels the explosive force of his powers as she suppresses him along with Liandrin.

Meanwhile, Rand, Mat, and Thom take shelter in a barn in exchange for manual labor. However, Rand then wakes up in the middle of the night to find their host family, including their young daughter, brutally slain. He sees Mat standing next to the corpses in a daze and tries to catch his attention when a Fade leaps out at them from the darkness. Before they can react, Thom jumps in and distracts the horrific Fade, and Rand and Mat escape on their horses.

In the wilderness, Perrin and Egwene continue to learn the fascinating and harmonious ways of the Tinkers as they spend more time with the nomadic tribe. Eventually, the caravans pack up and begin to move towards the city of Tal Valor. After initially hesitating, both Perrin and Egwene decide to go along, hoping they will somehow cross paths with their friends sooner or later.

The Wheel of Time Episode 4 Ending: Are Moiraine and Lan Dead?

Back at the Aes Sedai camp, Logain’s men attack, distracting the magical sisters just enough to give the dastardly magician time to break out of his cage and kill one of them. The rest of the Aes Sedai (most of them of the Green Ajah) and their Warders then successfully suppress the invaders. However, Logain causes an immense explosion that fatally wounds almost all the Aes Sedai, with Lan bleeding profusely from his neck and Moiraine being impaled by a large spike. 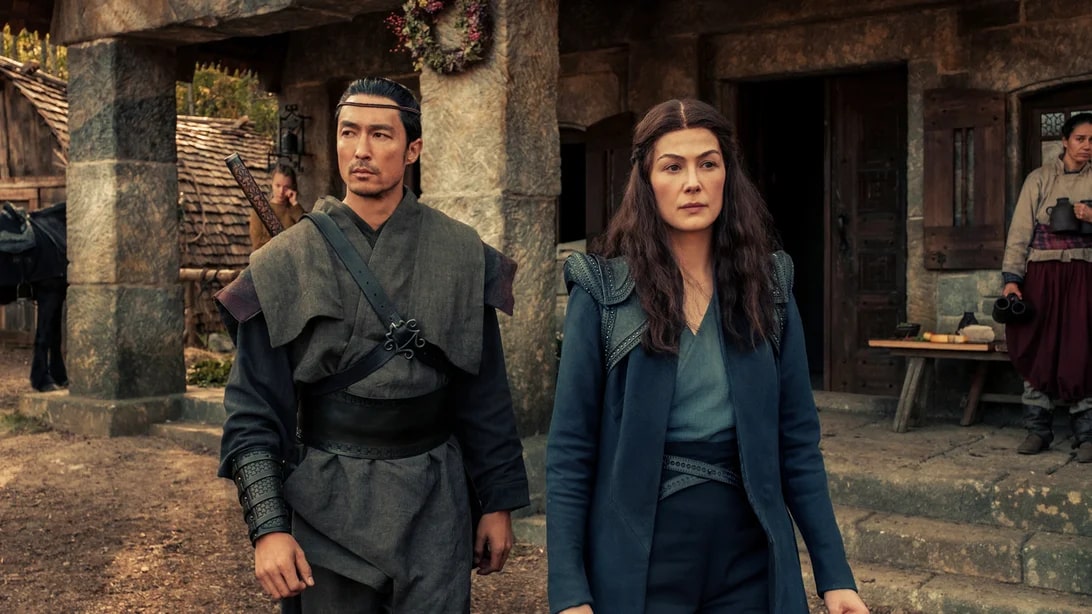 Nynaeve, overcome with anger, then crouches and begins to channel energy, which explodes out of her with unimaginable force. Even as Logain watches, stunned, the rest of the injured Aes Sedai begin to stir and open their eyes. Quickly banding together, the magical sisters use their threads to disable the murderous magician, and the episode closes with Logain finally subdued by the multiple Aes Sedai surrounding him.

For a time, it seems almost certain that the end is near for Lan and Moiraine. They both suffer fatal wounds and begin to bleed profusely, too stunned even to move. However, the big surprise of this episode, Nynaeve, saves them with her explosive, so far unseen, magic. As we’ve seen earlier, the braided magician specializes in healing. However, considering the complex magic required for healing, so far, we have only seen magical individuals healing one person at a time.

Nynaeve’s spectacular display of magical strength leaves everyone in awe, including Logain, because she simultaneously heals the deep wounds of multiple people. Hence, the young channeller is revealed to be exceptionally powerful, and she uses her powers to fully heal Moiraine, Lan, and all the other Aes Sedai members who are grievously wounded by Logain.

Is Nynaeve al’Meara the Dragon Reborn?

We are given multiple signs that Nynaeve is an exceptional magician who can channel truly awesome amounts of magical energy. Earlier, when Logain threatens Moiraine, claiming to be the Dragon Reborn, she scoffs at him and says that he is but a pinprick of light compared to the blinding sun that is the real Dragon Reborn. Though he doesn’t believe it then, Moraine’s words actually come out of Logain’s mouth as he watches Nynaeve’s display of power.

As we see at the beginning of the episode, Logain has the power to bring down entire cities single-handedly. The fact that he now stands in awe of Nynaeve’s power seems to strongly suggest that she might be the Dragon Reborn. However, since she is not 20 years old, she doesn’t fit the prophecy. Hence, Nynaeve is not the Dragon Reborn but is revealed to be an incredibly powerful practitioner of magic.

What Do the Aes Sedai Do to Logain, The False Dragon?

Ever since she captures Logain, Liandrin has wanted to “gentle” him. Gentling is a process that essentially cuts a magic channeler’s connection to the True Source, making them unable to use magic. However, this is a severe punishment and can only be carried out after a trial at the White Tower, which is what the Aes Sedai plan on doing with Logain. Hence, Liandrin’s plan to prematurely gentle him is not accepted. 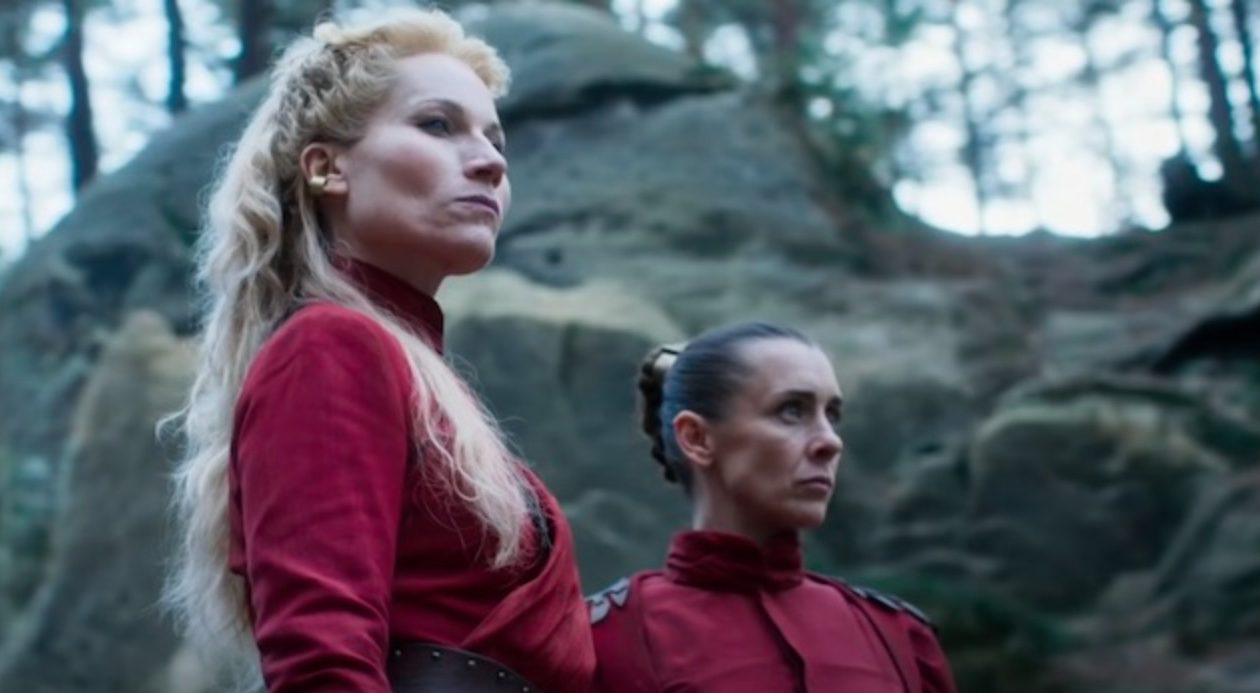 However, after Logain fatally wounds multiple Aes Sedai members, the magical sisters become convinced that he is too dangerous. Thus, as soon as Nynaeve heals them enough for them to channel energy, Liandrin rallies the rest of her Aes Sedai sisters, and they tear Logain’s abilities out of him. Thus, the man claiming to be the Dragon Reborn is likely left with no more magical powers, which is described as a fate worse than death amongst magic channelers.