The Wheel of Time Episode 6 Recap and Ending, Explained

‘The Wheel of Time’ episode 6, titled ‘The Flame of Tar Valon,’ delves into the intricate world of the Aes Sedai and the White Tower. With all five youths selected by Moiraine finally collected in the ancient city of Tar Valon, things quickly fall into place and set the stage for the next part of the epic, centuries-long adventure. There’s also a lot of new and crucial information that’s revealed, which will be undoubtedly helpful as the plot progresses. Let’s take another look at ‘the Wheel of Time’ episode 6 and make sure we’ve picked up all the essential details. SPOILERS AHEAD.

The Wheel of Time Episode 6 Recap

The episode opens with a brief flashback of the leader of the Aes Sedai — the Amyrlin Seat — as a child. We are then brought to the present, where the leader pronounces judgment on the False Dragon, Logain Ablar, by sentencing him to life imprisonment. She then questions Moiraine, who refuses to reveal the details of her travels. 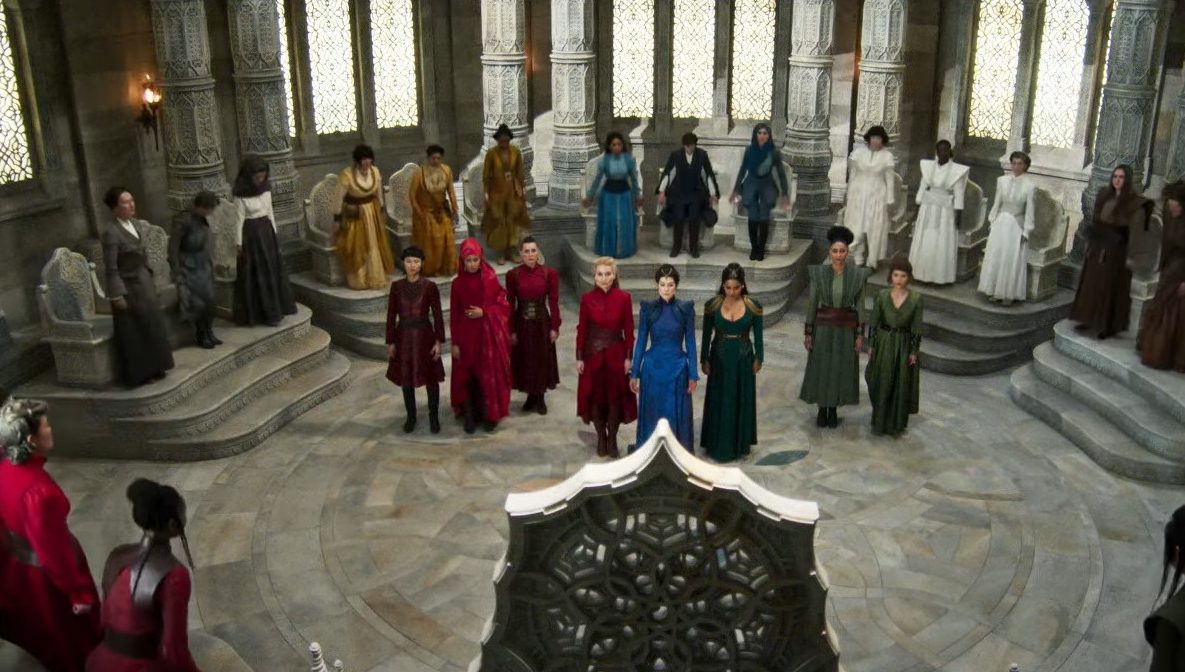 However, it is later revealed that the Amyrlin Seat and Moiraine are lovers, and the latter convinces the former to exile her. Since the identity of the Dragon Reborn is not known, the leader pushes Moiraine to take all the five youths with her, despite the near-fatal dangers that they will have to endure. While preparing to leave, Moiraine tracks down Mat and Rand and helps cure the former of the dark curse that he picks up from an enchanted knife he finds in the abandoned city.

The Wheel of Time Episode 6 Ending: Where is Moiraine Going? What is the Eye of the World?

The group is also finally reunited, and Egwene cannot believe that Nynaeve is alive after she last saw her being dragged away by a trolloc. However, during a meeting with the Amyrlin Seat, Nynaeve makes her distrust of the Aes Sedai apparent and agrees to go along with Moiraine only if she is given all the information she asks for. 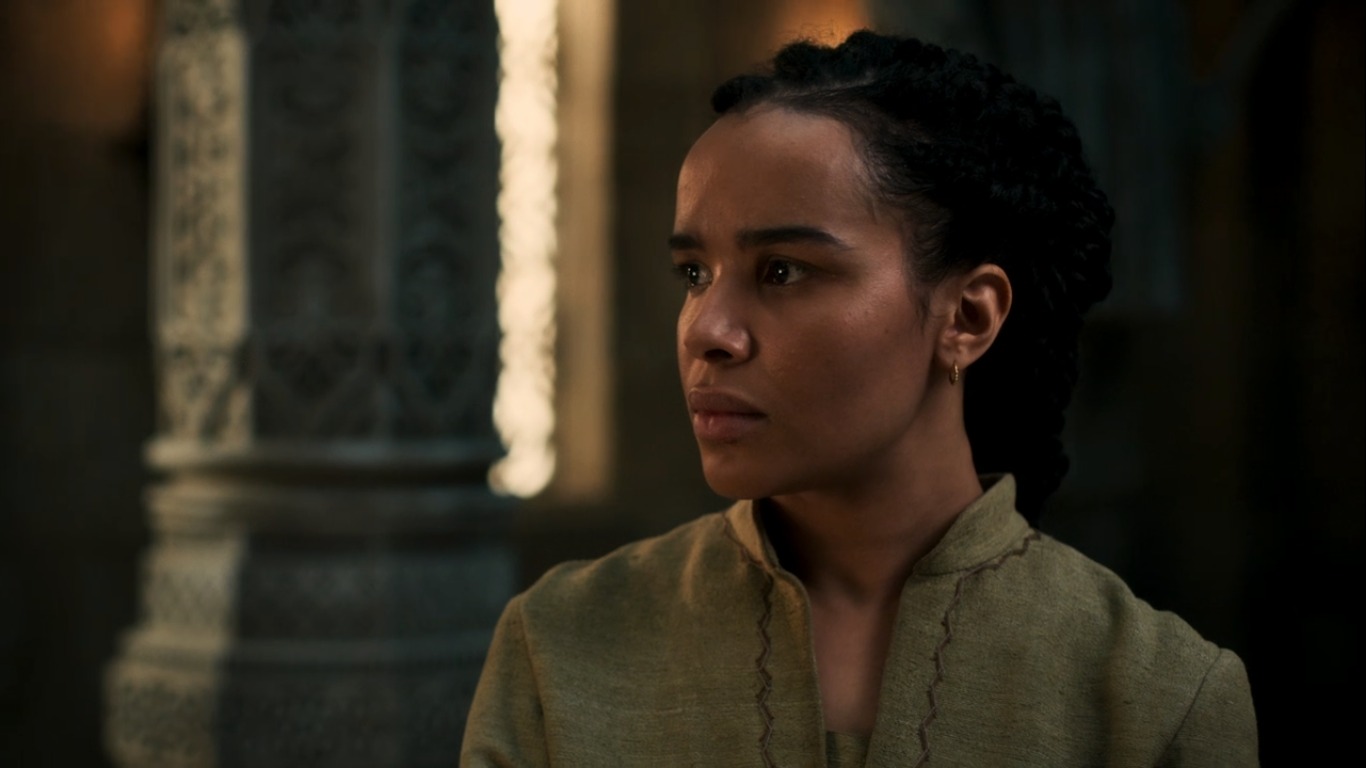 Eventually, the group meets at a magical gate outside the city, which Moiraine opens with her powers. As they step into the gloomy world through the portal, Mat begins to have second thoughts and doesn’t go through. The episode then closes with the entire group on one side of the portal, while Mat is left behind on the other.

Thus, from what we can gather from Moiraine’s conversations with her leader (and secret lover), it seems like she is heading to the Eye of the World. According to the leader, who complains of getting frequent dreams featuring the Dark One, the evil entity is at its weakest and is therefore susceptible to attacks. Hence, the time is ripe for the Aes Sedai to make a move before the Dark One gets too strong again. 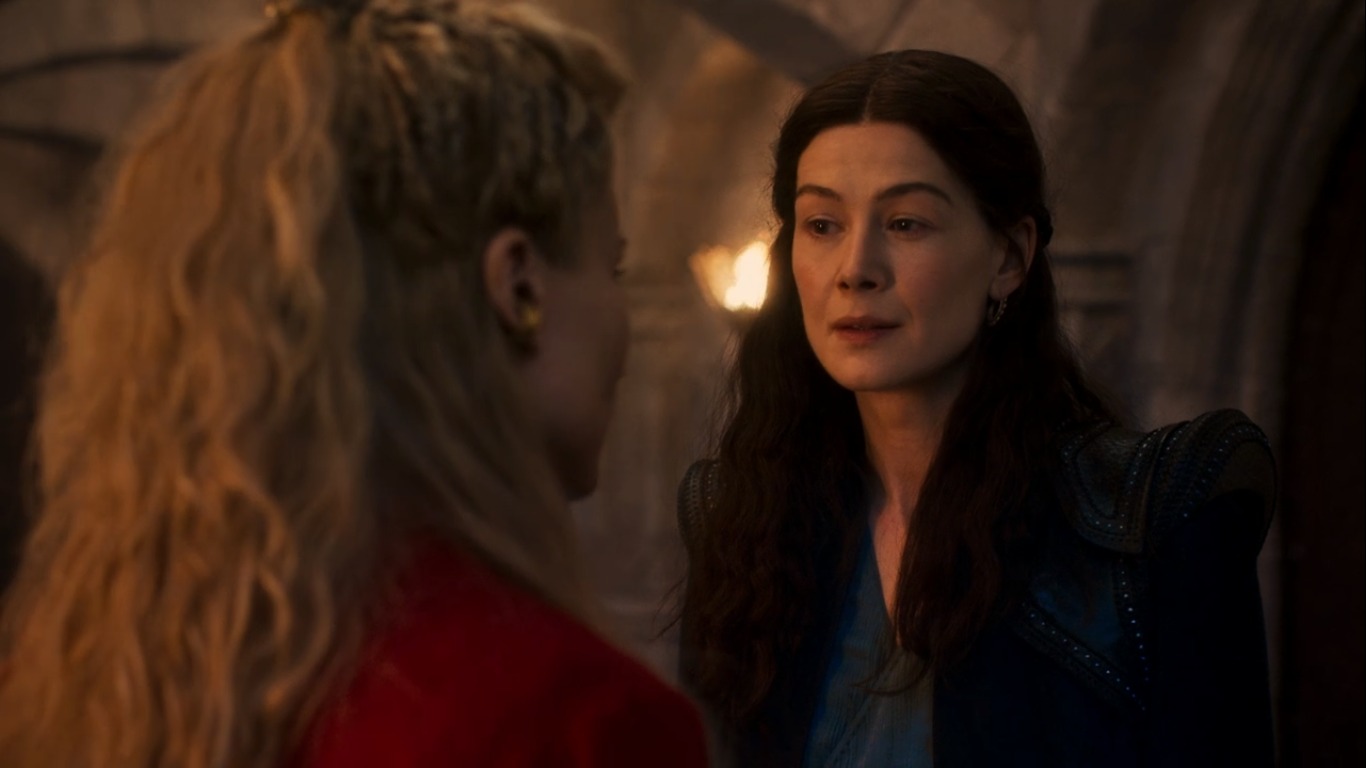 The only caveat is that the role of the Dragon is essential in defeating the Dark One, and since Moiraine doesn’t know which of the youths is channeling the ancient magician, she decides to bring them all along. It is revealed that this journey is destined to be near-fatal to anyone who is not the Dragon Reborn, meaning that the other four youngsters from Two Rivers will soon be in grave danger.

Their destination, the Eye of the World, further cements the ominous overtones. Described as a desolate place filled with evil, the “eye” is the prison the previous Dragon used to trap the Dark One. Thus, as Moiraine says, she is taking the youths to the Eye of the World so that one of them can complete the task they started (as the Dragon) thousands of years ago.

For the last few episodes, Mat’s condition has steadily deteriorated until he has become barely coherent. Though he initially thinks that the effects are a result of the madness overtaking him because he is the Dragon Reborn, it is revealed that his strange affliction is caused by a cursed knife. By exposing herself to the dark magic, Moiraine saves Mat and brings him out from the influence of the knife. In the end, Mat survives, and Moiraine remains uninfected by the dark magic. 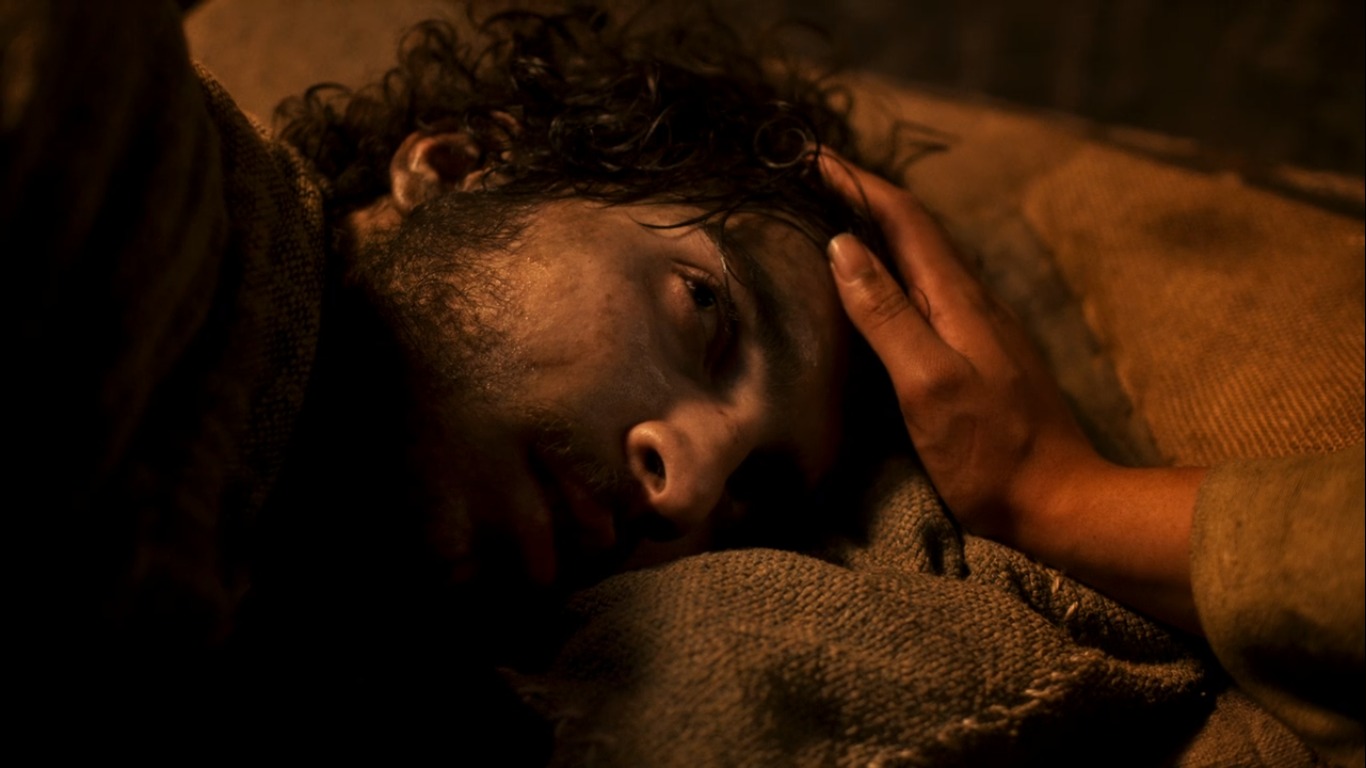 At the end of the episode, we once again see Mat in a seemingly dangerous situation, this time on one side of the portal while Moiraine and the others cross over to the other side. Though Mat thinks he is doing the safer thing by not going through the ominous portal, his chances of survival are probably better with Moiraine around than on his own. Thus, Mat is still alive and healed from his curse but is now all alone in the outskirts of Tor Valon, which might end up being very dangerous for him.