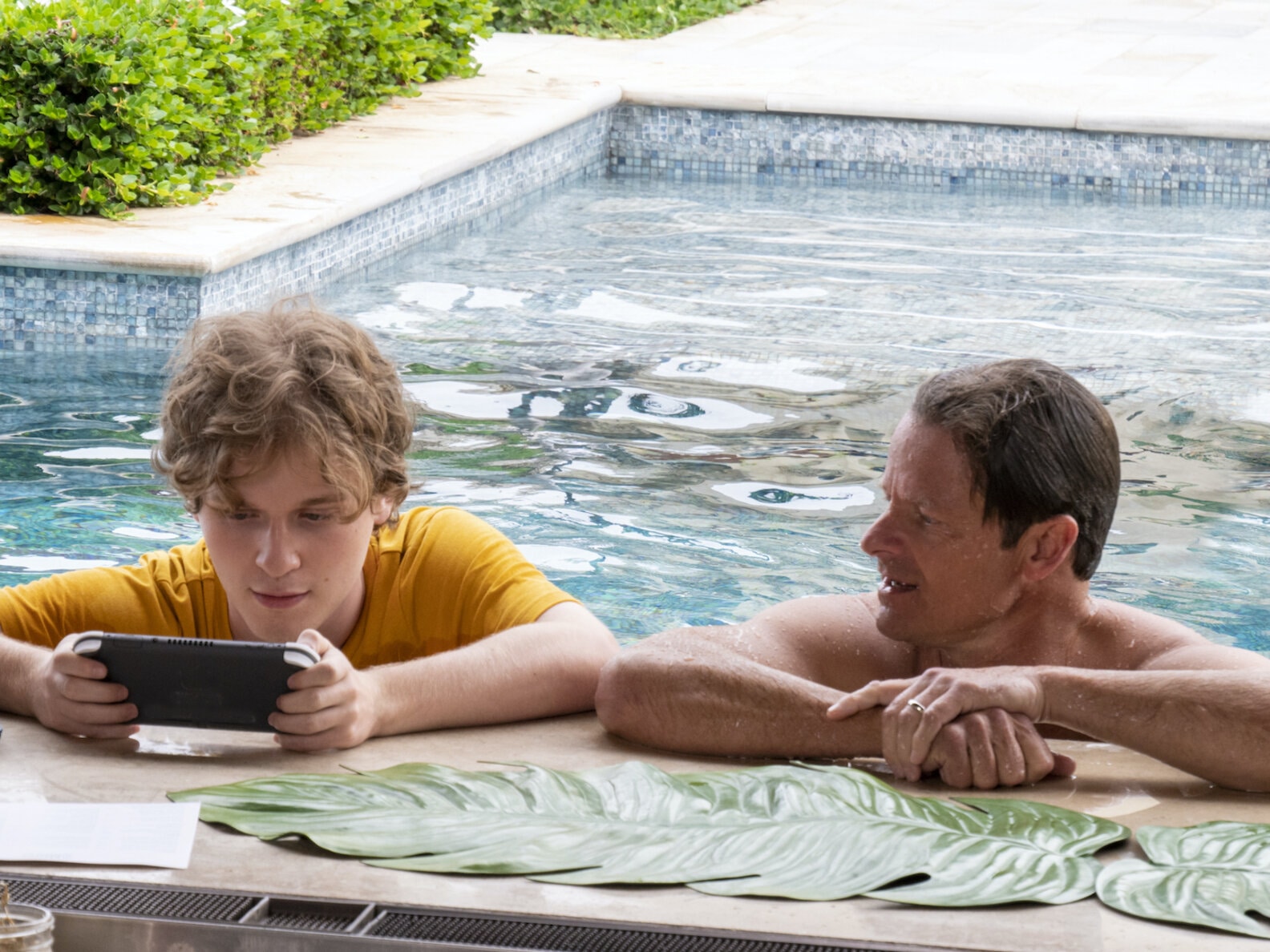 ‘The White Lotus’ resonates with the same energy as any top-tier Agatha Christie novel. It’s filled to the brim with multi-layered characters and uncomfortable scenes. And the audience is aware that there is a murder on the horizon. In episode 2, titled ‘New Day,’ Armond (Murray Bartlett) and Shane’s (Jake Lacy) feud continues to deteriorate.

After finding out that he doesn’t have cancer, Mark (Steve Zahn) resolutely tries to reconnect with his family. Rachel (Alexandra Daddario) and Nichole (Connie Britton) discover particularly unpleasant things about each other. Olivia (Sydney Sweeney) and Paula (Brittany O’Grady) lose their stash of drugs. And Tanya (Jennifer Coolidge) makes Belinda (Natasha Rothwell) a lucrative offer. Here is everything you need to know about the ending of ‘The White Lotus’ episode 2. SPOILERS AHEAD.

Olivia and Paula together seem to have brought an entire pharmacy shelf worth of drugs with them in this vacation. After getting high on one of them, they lose the stash, which ends up in Armond’s office. Instead of handing them over, Armond hides them in his desk. Since Shane arrived at the Hawaiian resort, Armond hasn’t been able to relax. Admittedly, other factors have contributed to it, including Lani giving birth in his office. But his rivalry with Shane has been the biggest source of stress. Mark learns from his doctor that he doesn’t have testicular cancer and starts to believe that he has gotten a second chance in life. He speaks to his son about his late father, claiming that it has been a source of great sadness for him that Quinn (Fred Hechinger) didn’t get to meet his grandfather.

Feeling stifled by Shane’s overbearing behavior about her career and his refusal to drop the issue about the room, Rachel reaches out to Nicole for advice. Their conversation is going well until Nicole finds out that Rachel wrote an article in the past that depicted her (Nicole) in an unflattering light. That night, Mark learns some startling truths about his father. Meanwhile, Tanya and Belinda have dinner together, and the former offers to sponsor if Belinda ever decides to set up her own massage parlor. Armond ends his day by taking one of the pills from the stash.

The White Lotus Episode 2 Ending: What Does Mark Find Out from His Uncle?

As Mark reveals to his own son, he grew up idolizing his father, whom he believed died of cancer. This is why he thought he had testicular cancer when he noticed the symptoms. However, it ultimately turns out to be a virus. When he was in panic mode, one of the phone calls he made was to his father’s brother. On the 2nd night of his stay at the White Lotus hotel, his uncle calls him back.

After telling the older man about his cancer scare, Mark brings up his father. It is then that his uncle reveals to him that his father died of AIDS. Mark’s father apparently led a double life. On the one hand, he was a strict father and devoted family man. On the other hand, he had embraced a wild lifestyle involving sex with multiple male partners, resulting in him contracting AIDS.

What’s Going on Between Olivia and Paula?

Olivia seems to be influenced (infatuated?) by Paula and tries to ensure that the other girl’s vacation is pleasant as possible, sometimes even at the expense of her own family. Shortly after arriving at the hotel, she forces Quinn to spend the night inside the cramped-up kitchen. On the second night, Nicole tells the girls to share the living room with Quinn. But the moment she goes into the bedroom, an agitated Quinn leaves to spend the night on the beach. Olivia has seen Paula flirt with a busboy at the hotel and asks the other girl about it. Paula seems evasive, but Olivia chooses to drop the matter for now.

The two girls have this odd air of superiority that only the combination of youth and ignorance can bring. Their initial assumptions about people are regularly proven wrong, but they don’t seem to have the foresight or humility to learn from it. In episode 1, they make Rachel feel horrible after the latter takes the initiative and speaks to them. It feels like that the two girls punish Rachel for intruding on their space. But now, with the developing bond between Paula and the busboy, Olivia might feel alienated and lash out. So, there will probably be some form of conflict between the two of them later in the series.