‘Italian Dream,’ the second episode of the second season of the HBO dark comedy anthology series ‘The White Lotus,’ is so subdued that it makes you wonder whether this is the calm before the proverbial storm. After the introduction of the new characters in the season 2 premiere, episode 2 is used to flesh them out and explore the dynamics between them. We learn that Cameron (Theo James) and Daphne (Meghann Fahy) are not as shallow as Harper (Aubrey Plaza) would have us believe, nor is Harper less entitled than any other characters who have appeared in the show. We learn exactly why Dominic’s (Michael Imperioli) wife and daughter absolutely loath him and have refused to come to Sicily.

We also learn Greg (Jon Gries) has secrets that he is hiding from Tanya (Jennifer Coolidge) And then, there are Mia (Beatrice Grannò) and Lucia (Simona Tobasco), the local sex workers who have the time of their lives after gaining access to the hotel because of Dominic. Here is everything you need to know about the ending of ‘The White Lotus’ season 2 episode 2. SPOILERS AHEAD.

Portia (Haley Lu Richardson) joins the Di Grasso family on their walk toward the Greek theater. The things that Bert (F. Murray Abraham) nonchalantly says to people make you wonder whether he has always been like this. But there is a pattern in the Di Grasso men that implies a receding sense of entitlement and sexual promiscuity. Meanwhile, both Portia and Greg seem to have figured out exactly who Tanya is and are terrified of her. They know Tanya is self-centered and apathetic and can sever ties with anyone without a second thought. Unlike Belinda from season 1, they have learned to be wary of Tanya’s attention. 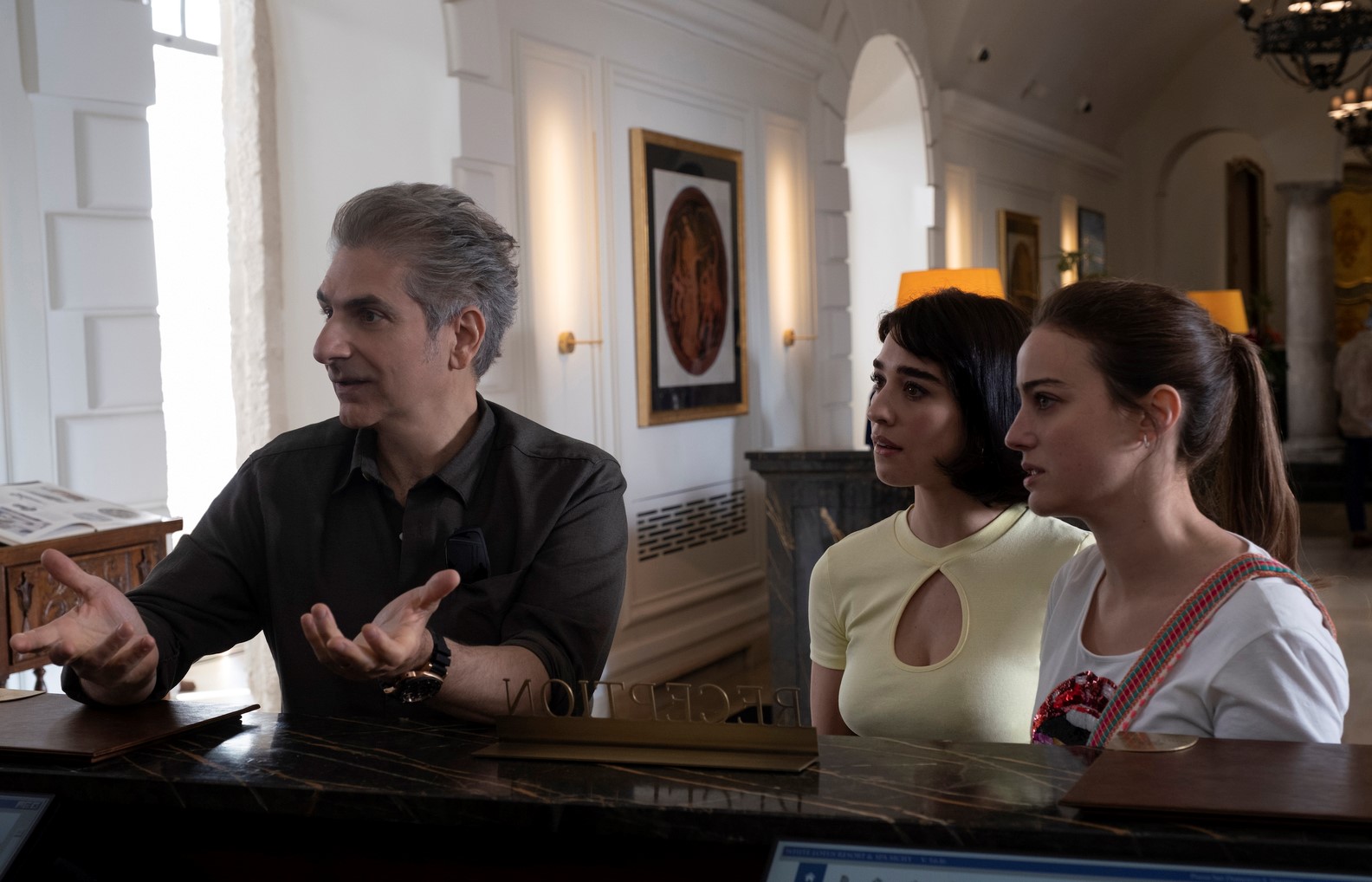 This season, the hotel staff takes a backseat in the developing narrative, which is disappointing. While it’s almost impossible to replicate the sheer brilliance of a character like Armond, Valentina (Sabrina Impacciatore) does seem promising. She could have served as an antithesis of what Armond is in the inaugural season — an integral part of the infrastructure at which the show’s satire is directed.

As for the two young couples on holiday together, Harper and Cameron seem to have more things in common than either of them would think possible. Married to their respective easygoing, sympathetic spouses, Harper and Cameron are both judgemental, hilariously making snide observations about the other person behind their backs. When things get wilder — and they are bound to — it will be interesting to see the roles that these two characters play in it.

By episode 2, it becomes crystal clear that everything is not well in the marital life of Greg and Tanya. In season 1, after Greg’s appearance in Hawaii, Tanya basically latches on to him, immediately forgetting the symbiotic relationship she has promised to form with Belinda. In season 2, both she and Greg are unhappy in their marriage, but that doesn’t stop her from acting out her Italian fantasy, complete with a Vespa and spaghetti and clams.

Meanwhile, Greg is more miserable than ever. Gone is his positive attitude from season 1. He claims he has to return to the US for work for a  few days. But Tanya later catches him speaking to someone over the phone, and it is heavily implied that he is cheating on her. Earlier, he mentions that Tanya was adamant about a prenup when they married. He will get nothing if they separate, and that’s why he continues to work

While Greg’s infidelity seems almost predictable, the real question is what Tanya’s response to it will be. While She may not be capable of violence, she does have the resources to ruin a person. And if that turns out to be the case, it wouldn’t be too surprising to see Greg among the dead guests.

Is Dominic Addicted to Sex?

Albie (Adam DiMarco) seems to be differently made from his father and grandfather in this regard. He even starts off an adorable romance with Portia in episode 2. But then again, it’s still very early in the season; and the narrative can veer toward any possible direction.