Where Was The White Lotus Season 2 Filmed? 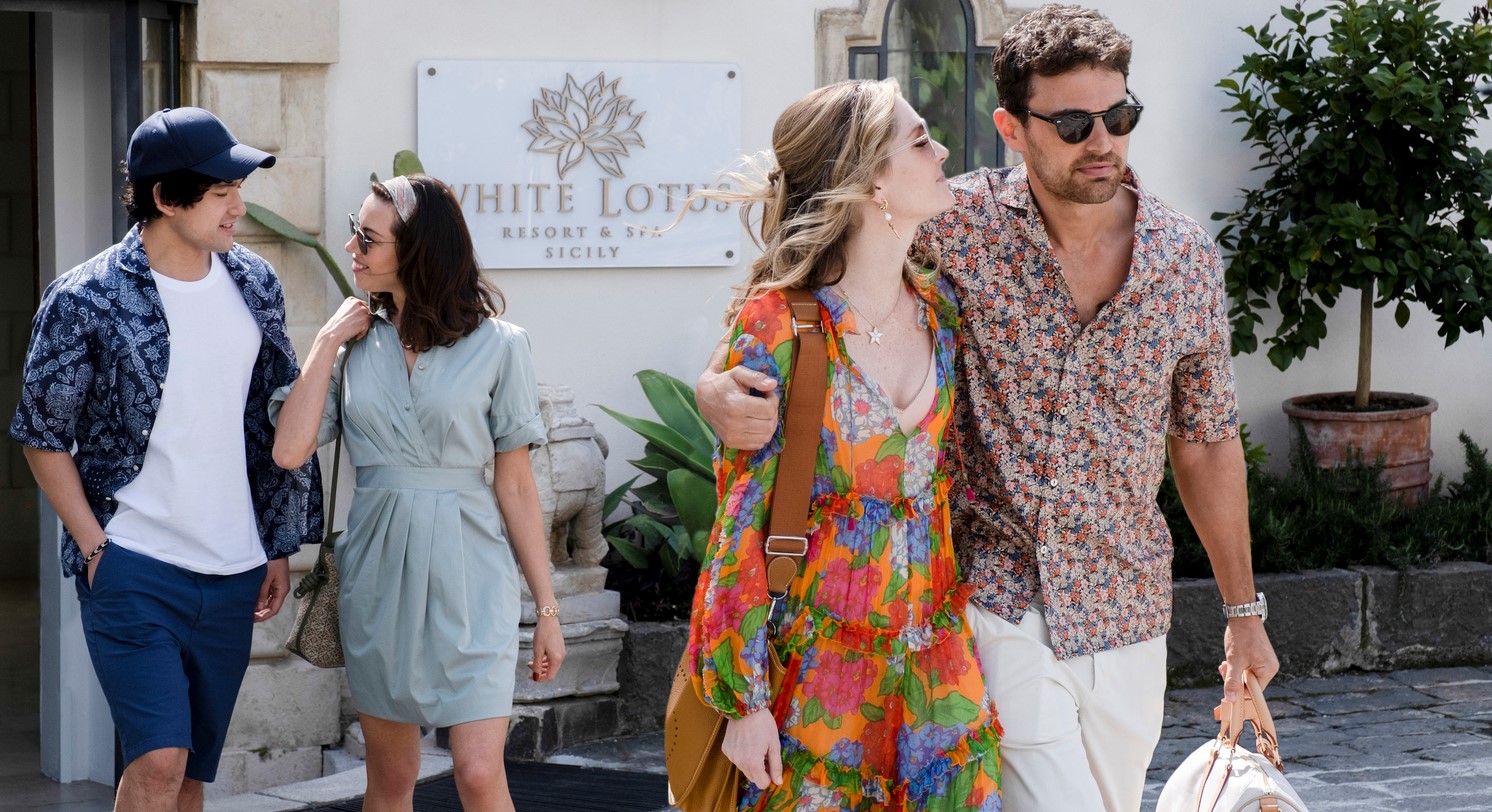 Created by Mike White, HBO’s ‘The White Lotus’ is a comedy-drama anthology series that revolves around the lives of the guests and employees of the fictional eponymous tropical resort chain, over a few weeks, and the sophomore iteration is no different. The second season follows a new set of characters, except Tanya McQuoid (Jennifer Coolidge), all of whom visit The White Lotus in Italy in order to relax and spend their vacation. Season 2 retains several similar themes as the debut season, including drug use, the beautiful backdrop of the open waters, relationship issues, new connections, and adultery.

Apart from Jennifer Coolidge, the second round of the anthology series introduces a fresh group of actors and actresses, comprising F. Murray Abraham, Adam DiMarco, Beatrice Grannò, Meghann Fahy, and Theo James. While the engaging narrative keeps the viewers invested through each episode, the picturesque backdrops of the lavish resort and sea make one wonder where the second season of the comedy series was shot. In that case, you might be interested in what we have to share about the same!

‘The White Lotus’ season 2 was filmed in its entirety in Italy, which is where the story is set, specifically in Sicily and Rome. According to reports, the principal photography for the sophomore round commenced in February 2022 and seemingly wrapped up in late September of the same year. Now, without further ado, let’s check in at the White Lotus resort and find out all about the specific sites that appear in the HBO series!

A majority of pivotal sequences for ‘The White Lotus’ season 2 were lensed on location in Sicily, one of the 20 Italian regions and the largest island in the Mediterranean Sea. San Domenico Palace at Piazza S. Domenico de Guzman, 5, in the municipality of Taormina, doubled as the White Lotus Resort & Spa for the second season of the series. It is also a Four Seasons Hotel, much like the one that was used to shoot the inaugural iteration.

Interestingly enough, the hotel opened as a Four Seasons only in July 2021, but it has a rich history that dates back to the 15th century. The site was occupied by a religious convent at first. It became a hotel in the late 19th century, with an addition of a Liberty-style wing. The hotel gained legendary status when it accommodated some famous guests on its premises, such as Oscar Wilde, Sophia Loren, Elizabeth Taylor, and many more.

The filming unit also utilized La Cambusa at Via Schisò, 3 in Giardini Naxos to tape some scenes for season 2 as they changed the restaurant’s original sign to ‘White Lotus Resort Sicily.’ As per reports, a piazza and a villa in the hills, south of the city of Noto, were also utilized for shooting purposes. During the filming schedule, the cast and crew were spotted shooting some key scenes on yachts on the Ionian Sea that the hotel overlooks. Moreover, Palermo, the capital of Sicily, and Cefalù, a coastal city in northern Sicily, served as important production locations for the second season as well.

For shooting purposes, the production team of ‘The White Lotus’ season 2 also traveled to Rome, the capital city of Italy. To be specific, they utilized the facilities of the Lumina Studios at Via Macherio, 228/230, in Rome. The film studio is home to three studios, dressing rooms, reception, production offices, a refreshment area, and an external backlot area.

All these features make it a suitable filming site for different kinds of productions. Although most of the scenes for the second season were reportedly taped at the soundstages in Rome, we cannot rule out the possibility that they also set up camp in different sites across the city, including some popular landmarks like the Colosseum or Trevi Fountain.