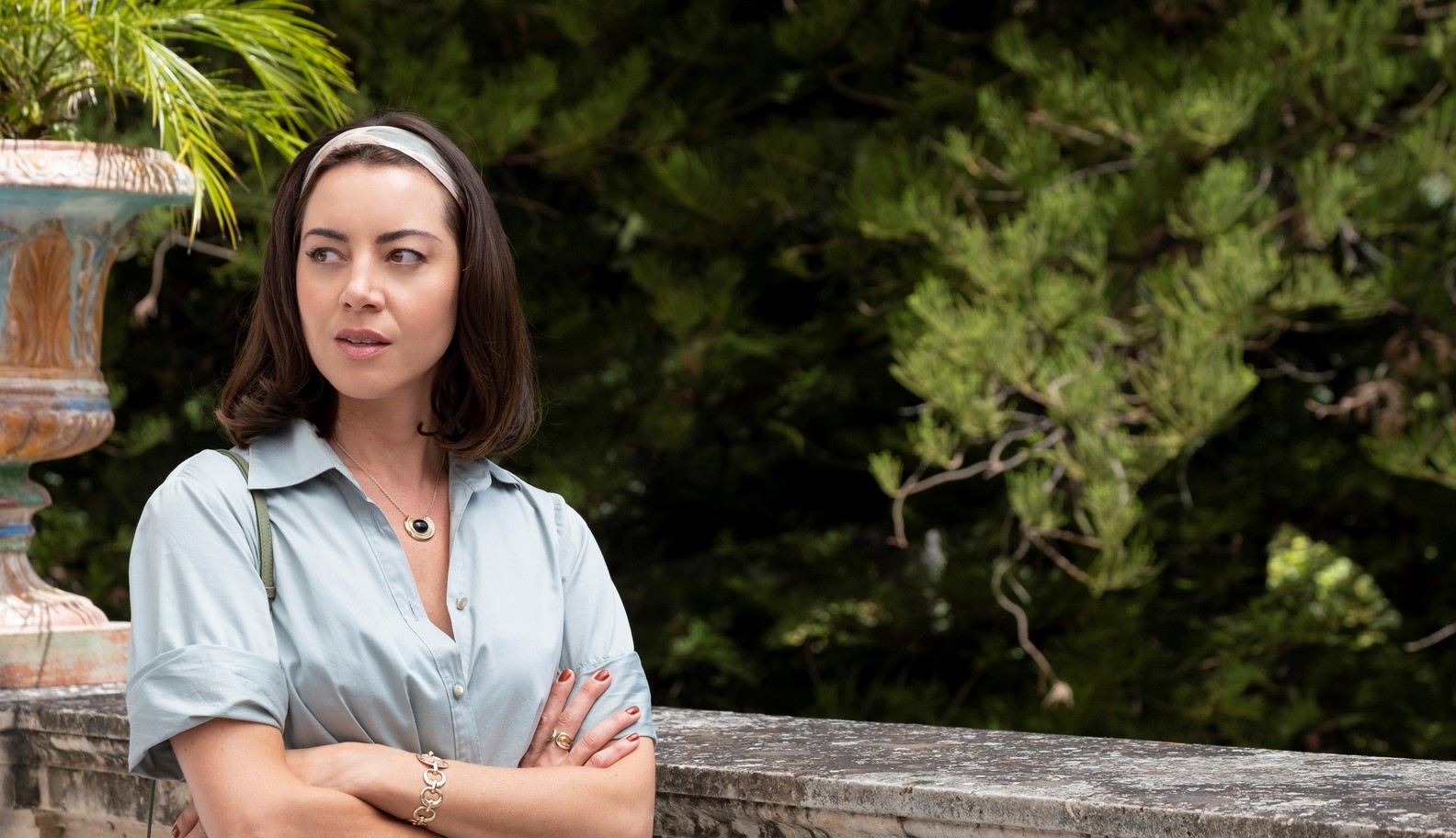 HBO’s ‘The White Lotus’ is a dark comedy anthological series that takes place at the fictional White Lotus resorts at various locations. In season 1, it is Hawaii. The setting moves to Sicily in season 2. The characters are also different, except for the depressed and chaotic multi-millionaire Tanya McQuoid (Jennifer Coolidge) and her husband Greg (Jon Gries). After a relatively subdued episode two, things begin to pick up in episode 3, titled ‘Bull Elephants.’

More new characters are introduced, and Ethan (Will Sharpe) finally learns why Cameron (Theo James) insisted that they should go on this vacation together. Their wives, Daphne (Meghann Fahy) and Harper (Aubrey Plaza), spend a night apart from them, which leads to Mia (Beatrice Grannò) and Lucia (Simona Tobasco) finding new patrons after Dominic (Michael Imperioli) cancels on them. Here is everything you need to know about the ending of ‘The White Lotus’ season 2 episode 3. SPOILERS AHEAD.

The episode begins with Valentina heading to work, spurning the advances of a local and ignoring the male gaze from those around her. Ethan passes her by in her morning run, not paying any attention, which seems to affect Valentina. At the resort, Dominic wakes up with a deep sense of guilt as he realizes that he has let his addiction get the better of him once more. As Mia and Lucia leave, they run into Bert (F. Murray Abraham), who seems to understand what has transpired and later questions his son about it in front of Albie (Adam DiMarco), much to Dominic’s dismay.

There is a conversation between the three generations of the Di Grasso family that heavily indicates the most likely theme of season 2. On Bert’s insistence, the Di Grasso visits the shooting locations of ‘The Godfather’ in Sicily, and Portia (Haley Lu Richardson) tags along. As they settle down for lunch near where the scene in which Apollonia is killed was filmed, Almost inevitably, Bert declares that ‘The Godfather’ is the greatest American movie of all time, an opinion that his grandson doesn’t share. Albie thinks that men love ‘The Godfather’ because it perpetuates the classic male fantasy of sex and violence.

The Sicilian setting seems to add depth to the narrative as it explores sexual politics as its primary theme. This is especially underscored in the scene where Harper imagines herself as the center of attention of all the men around her (They are actually interested in Daphne). And that brings us to another aspect of this episode. Harper seems to take pleasure from knowing not everything is perfect in Cameron and Daphne’s marriage, regardless of what those two have previously sought to imply.

Meanwhile, Portia ironically wishes for Albie to be a bit more assertive. The latter tries to comply, but it’s awkward and unsuccessful. She speaks about this to Tanya, who gives her the most important piece of advice she will ever receive while doing this job — steer clear of emotionally unavailable men. After all, Tanya’s own marriage to Greg leaves much to be desired. In this episode, Greg returns to America, and Tanya and Portia meet two new arrivals at the White Lotus — Quentin (Tom Hollander), a British expatriate, and Jack (Leo Woodall).

Daphne and Cameron’s relationship is built upon a form of bizarre indifference. For Cameron, it has stemmed from his sense of male entitlement, which he has in abundance. After Daphne calls him to tell him that she and Harper will not return to the hotel for the night, that wild and unrestrained part of him comes out in full glory. As for Daphne, she claims that she is aware of at least one of Cameron’s infidelities. It’s obvious that she suspects that there are more but has decided to ignore them and rebel against her husband in other ways. Her decision to stay in Nardò for the night is one of those ways.

Meanwhile, Ethan realizes that Harper was right. Cameron set up the entire vacation so he could talk about investment with Ethan. What comes afterward is both seduction and assertion on Cameron’s part. After Dominic cancels on the two local sex workers to prove himself to his son, Cameron hires them. His actions are almost like a promise here, showing Ethan that this is what life for a man should be. Ethan ultimately rejects it, of course. But it seems that a part of him  —however small —  feels envy toward Cameron and his ability to be despicable without any fear of consequences.

What Are the Testa di Moro Statues? What Is Their Significance?

In real-life Sicily, the legend of Testa di Moro does actually exist, and the story behind it is very much the same as the one we hear in the show. When the Moors controlled Sicily in the 11th century, a young moor fell in love with a girl in Palermo, and the attraction soon proved to be mutual. But then, the girl learned that the man had a wife and children in his native country. Infuriated, she decapitated him while he was sleeping and began using his head as a vase on her balcony. This ghastly action inspired others in her city, and they began using clay pots made to look like the Moor’s head.

The infidelity, secrecy, and violence of this local legend — represented through the busts found all over the hotel — underscore what is supposedly the central theme of the series — sexual politics. The satire in this season revolves around how people behave inside their hotel rooms and how that affects their behavior outside.