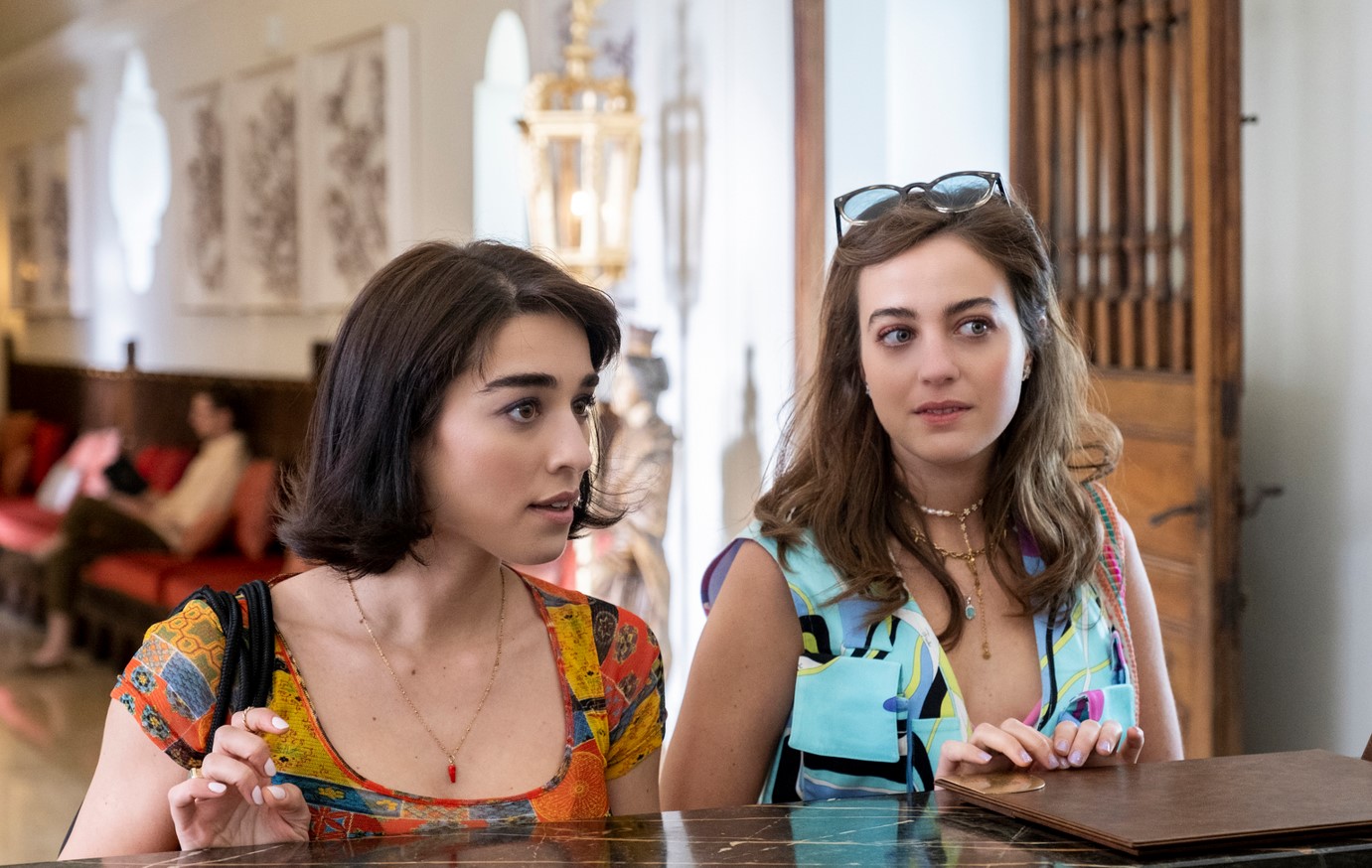 As the second season of ‘The White Lotus’ nears its end, the cynical core of the narrative becomes once again bare. In season 2 episode 6, titled ‘Abductions,’ the Di Grasso men learn that they might have relatives in Sicily and visit them, only to be disappointed by the experience. Ethan (Will Sharpe) comes to think that he nearly walked into Harper (Aubrey Plaza) being intimate with Cameron (Theo James). On her birthday, Valentina (Sabrina Impacciatore) realizes how terribly lonely she is and finds companionship in an unlikely source. Meanwhile, in Palermo, the seduction of Tanya (Jennifer Coolidge) is almost complete as Portia (Haley Lu Richardson) makes startling discoveries. Here is everything you need to know about the ending of ‘The White Lotus’ season 2 episode 6. SPOILERS AHEAD.

The episode begins as the sixth day of the guests’ stay at the Sicilian branch of the White Lotus arrives. Ethan thinks Harper doesn’t believe him despite what he told her, and as the day progresses, his frustration only grows. He confronts Cameron, telling him to speak to Harper.

Meanwhile, Daphne’s (Meghann Fahy) response to the prospect of Cameron’s infidelity remains the most surreal. She lightly asks her husband what he did at the party he says he had during her absence before going off to have a massage from who she claims looks like Timothée Chalamet. She implies she had sex with the said masseuse, and once more, we don’t exactly know whether she is telling the truth. It’s possible that she did what she says, which is her way of making herself known in her marriage. But it’s equally possible that she makes up all these things as it gives her the illusion that she has some form of control in her marriage.

Valentina gets her heart broken on her birthday when Isabella tells her that she and Rocco are engaged. Later, Mia (Beatrice Grannò) approaches her, and they spend the night together.

On Albie’s (Adam DiMarco) insistence, Bert (F. Murray Abraham) and Dominic (Michael Imperioli) allow Lucia (Simona Tabasco) to accompany them as they go out seeking their familial roots. However, they are soon interrupted by Lucia’s local friends, who take her back. Perhaps the most interesting aspect of this sequence is that the three Di Grasso men respond to this encounter in ways that perfectly fit their respective personalities.

To make matters worse, their visit ends in a disaster. Without a translator, the Di Grasso men’s meeting with their potential relatives quickly spirals out of control, and they are chased off the property.

The White Lotus Season 2 Episode 6 Ending: Do Cameron and Harper Have Sex?

As Daphne visits the masseuse and Cameron and Harper go to the bar, Ethan heads into the ocean for a swim. With his frustration now turned into suspicion, Ethan starts to believe that something is going on between Cameron and Harper. In his mind, it’s confirmed when he comes out of the water and notices those two are gone from the bar. He rushes back into the hotel and finds the door to the room he shares with Harper locked. When Harper eventually lets him in, he finds the door between their and Cameron and Daphne’s rooms open, which only increases his suspicion.

We will probably never be explicitly told what really happened between Harper and Cameron, but the hints are very clear. Even if they didn’t have sex, it is heavily implied that they were intimate when Ethan started shouting and thumping his fist against the door. Ethan comes to the same conclusion and envisions his wife with Cameron.

In the world of ‘The White Lotus,’ troubles persist through insinuations and speculations. The sexual politics at play here seems to empower Harper. She is suddenly in control of what had become a stagnant relationship, and she can now push it in any direction she wants.

What Does Tanya See in the Photo?

As we have speculated after episode 5, Quentin (Tom Hollander) is not the ridiculously rich he pretends to be. A drunken Jack (Leo Woodall) pretty much admits to Portia that they have brought Tanya to Palermo to exploit her. Jack also admits that Quentin has sexually exploited him, forcing him to do things in exchange for comfort and luxury.

Meanwhile, at the mansion, after a cocaine-fueled party, Tanya sleeps with a man with connections to the mob. But before that, she spots a photo of a younger Quentin. There is also a cowboy in that photo, likely the one Quentin claims he was in love with when he was younger.

What likely bothers Tanya the most is how closely that young man resembles Greg, her estranged husband. If it does indeed turn out to be Greg, the implication of all of this is mind-boggling. For starters, this means that Greg did get married to her for her money. However, he must have realized that he wouldn’t get much if they divorced because of the prenup. And that’s why Quentin decided to step in, offering friendship and human connection to a woman who desperately needed them.