The World We Make Ending, Explained 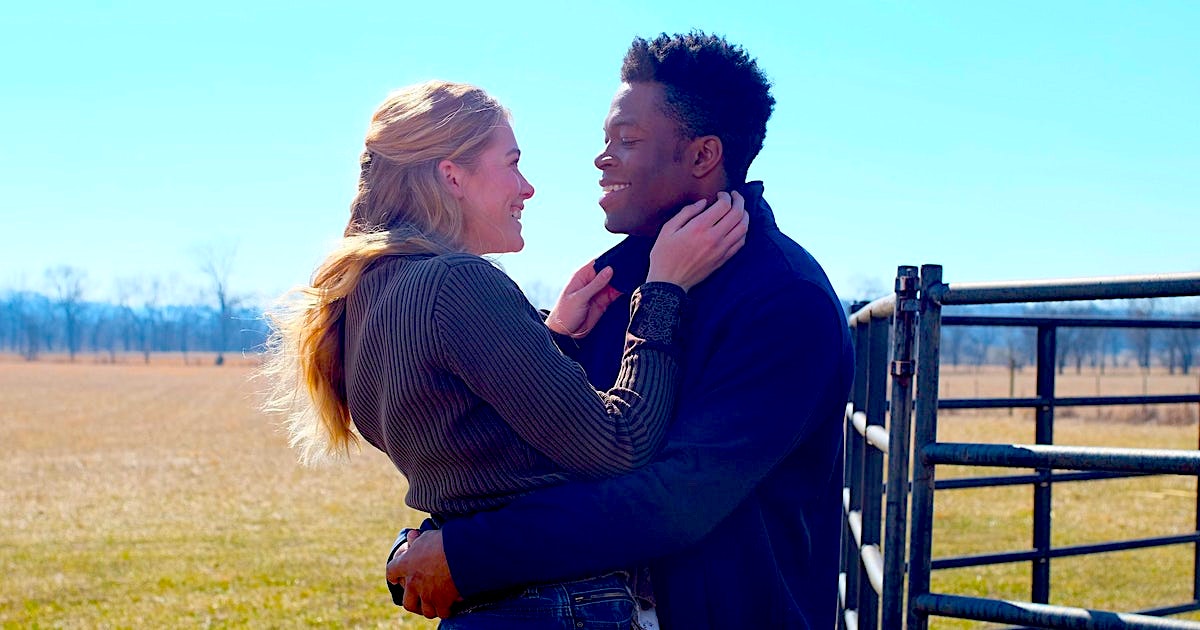 Directed by Brian Baugh and George D. Escobar, ‘The World We Make’ is a romance drama that revolves around 18-year-old equestrian Lee Grove (Rose Reid) and student-athlete Jordan Bishop (Caleb Castille), who finds solace and comfort in each other following a tragedy. But their developing relationship draws out the ingrained racial prejudices that they didn’t know exist in their charming little town. As they strive to build a life together, Lee and Jordan must ensure that they support each other through all the ups and downs. Here is everything you need to know about the ending of ‘The World We Make.’ SPOILERS AHEAD.

The World We Make Plot Synopsis

Lee and her older brother Casey (Richard Kohnke) have inherited their love for horses from their late mother. Casey suggests that they should go on a cross-country horse-riding trip together after Lee graduates from high school. Lee happily agrees as it will give her time to figure out what she wants to do with her life. But after Casey’s death in a tragic car accident, Lee’s life suddenly undergoes some drastic changes. Her father, Jeff (Kevin Sizemore), retreats into his garage, devoting himself to finishing the car that he was rebuilding for Casey.

Meanwhile, Lee is forced to shoulder all the responsibilities of the grieving family alone. Ultimately, help arrives in the shape of Casey’s best friend, Jordan. Despite his fear of horses, Jordan helps Lee out in the barn. He also spends time with Lee’s younger brother Logan (Gunnar Sizemore). As the film progresses, a relationship begins to develop between Lee and Jordan, garnering the attention of both sides of the racial divide.

The World We Make Ending: Do Lee and Jordan End Up Together?

Unlike Lee, Jordan seems to have everything figured out. He presently attends a local college but already has secured enrolment into a prestigious college in California on a football scholarship. He intends to attend the business school there. But his life is not without problems, most of which stem from his father, Thomas (Gregory Alan Williams), who lost all of Jordan’s college money in gambling. When Jordan and Lee begin dating, it ends up making his life more complicated. Jordan has become accustomed to being racially profiled, but the looks he receives whenever he is out with Lee surprise even him.

As the people of their town become aware of their relationship, the hostilities that Jordan experiences increase abruptly. Even Lee seems to have her share of biases. This is indicated when she asks Jordan to play basketball with Logan, believing that he will be naturally good at the sport. When Jordan corrects her and tells her not to make assumptions, she is instantly apologetic. After they start dating, he gradually occupies Casey’s vacant place in their family for both Logan and Jeff.

The latter even lets Jordan have the first ride on Casey’s car when it is fully rebuilt. However, the car draws the attention of some of Lee’s classmates, and the altercation with them lands Jordan in hospital. For the first time in their lives, Lee and her family realize the casual racism that Jordan is exposed to every day. As for Lee, she faces her own share of racial biases as well, especially from Thomas.

Seeing the society around is adamant about keeping them apart, Lee and Jordan create a world exclusively of their own. But even that doesn’t prove to be a safe place when the real-world issues start invading. Jordan’s doctors have advised him not to play football ever again if he doesn’t want to get permanent brain damage. But he is well aware that without football, that scholarship won’t exist. As he doesn’t want to take out a student loan, Jordan is forced to quash his dreams and ask his father for something that he never thought he would: getting him a job at Thomas’s workplace.

Jordan breaks up with Lee and resigns himself to his fate until Lee comes to his rescue. At the beginning of the film, Jeff offhandedly comments that Lee should sell Casey’s horse if she feels overwhelmed by her responsibilities. She holds on to the horse for as long as she can. After all, it is the last connection she feels she has with her brother. As long as she can ride it, she doesn’t have to acknowledge that her brother is gone. So, when she finally sells the horse, grief begins to pour out of her.

Lee gives some of the money to Jordan to attend college and get his dreams back on track. It’s a profoundly selfless thing to do for someone whom she is no longer dating. But for a few months, Jordan’s dreams were her dreams as well. And even though the relationship has ended, Jordan hasn’t stopped being one of the most important persons in her life.

Jordan has let himself be convinced that they don’t belong together. Lee’s actions clear any doubt that he might have about their relationship. He realizes that she is not just willing to stand by him during his troubles; she also wants to help him overcome them actively. Beyond all the differences they have, a relationship like that is rare. And he shouldn’t let go of it this easily. Eventually, the world they made for themselves is reinforced and expanded, encompassing their respective families, including Thomas, who seems to have come to the same conclusion as Jordan.

What Is the Significance of the Horseshoe? 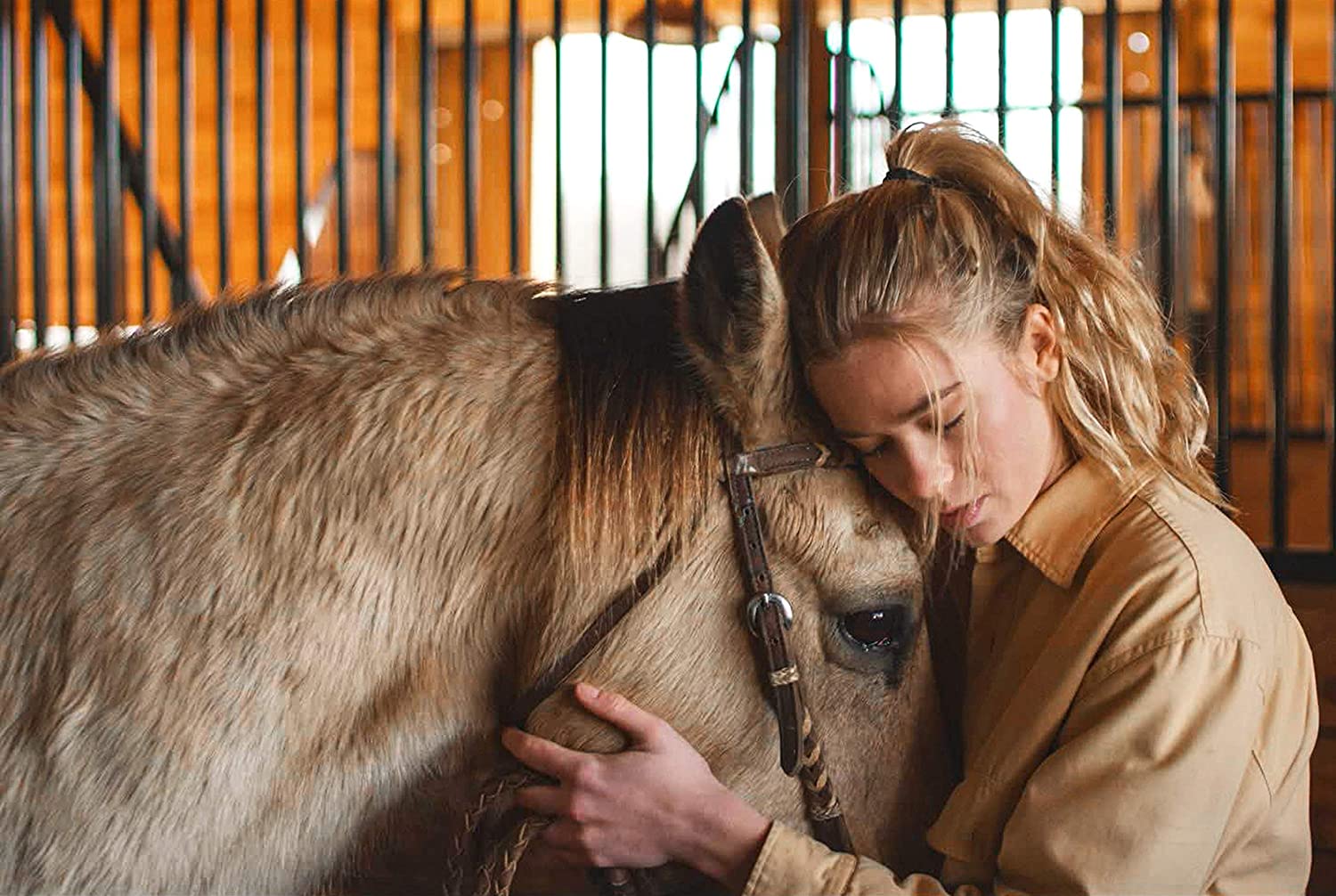 The horseshoe originally belongs to Casey. He had plans to throw it into the Pacific Ocean at the end of the horse-riding trip. After his passing, Jordan overcomes his fear and learns how to ride a horse, which helps him recover after the assault. Following their reconciliation, Lee and Jordan take the trip together, with Jeff and Logan following them by car. The trip that Casey originally planned gives his family and best friend a chance to find catharsis. The film ends as Lee throws the horseshoe into the ocean, fulfilling Casey’s final wish.

Read More: Is The World We Make a True Story?