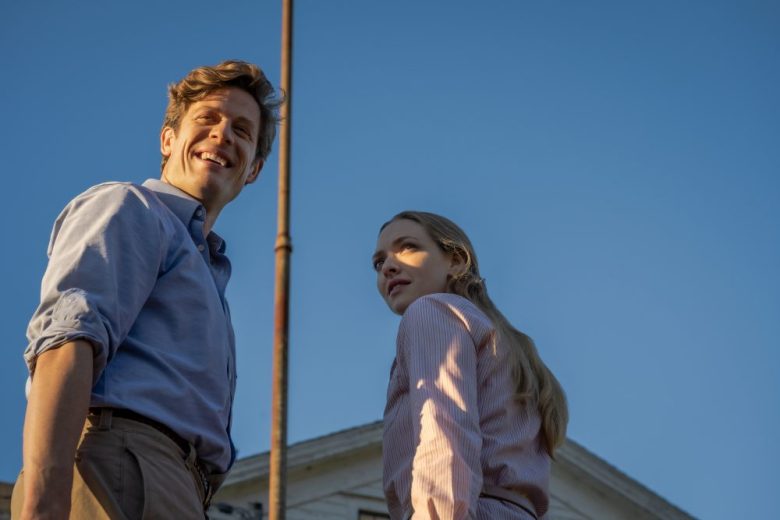 In the Netflix horror-thriller film ‘Things Heard & Seen,’ wife-and-husband filmmaking duo Shari Springer Berman and Robert Pulcini (‘American Splendor’) approach the common tropes of both genres with an amount of indie liberty. And the result of it is a dark and riveting drama that is feministic and philosophical at its core. The story revolves around a New York City art-historian couple, George Claire (James Norton) and Catherine Claire (Amanda Seyfried), who relocates to the fictional town of Chosen in Hudson Valley with their daughter Franny (Ana Sophia Heger) in 1980 after George gets hired to teach at a liberal arts college at “Saginaw.”

As the film progresses, Catherine begins to learn horrifying secrets about their new house and George’s past and finds unlikely allies among the paranormal. The film explores the very nature of both good and evil and how they attract their own kinds. Here is everything you need to know about the ‘Things Heard & Seen’ ending. SPOILERS AHEAD.

From an outsider’s point of view, George and Catherine seem to have a perfect marriage, and they have striven to maintain that façade, even hiding their dark, imperfect selves from each other. Catherine struggles with an eating disorder, and George has borrowed a significant amount of money from his parents to support his family. According to George, they desperately need a new start. So, Catherine quits her lucrative job in the city and moves with her husband and daughter to Chosen, where they make a 19th-century sprawling farmhouse their home.

Not long after they settle in, Catherine and Franny realize that their new home is haunted, but George initially scoffs at the idea. But the light goes on and off on its own accord. There is static on the radio even if its plug is pulled out of the socket. And George and Catherine can smell the ever-increasing stench of exhaust fumes in their bedroom. George begins a brief and sordid affair with a local young woman, Willis (Natalia Dyer). The marriage and the lies that George has told Catherine and others start to unravel. 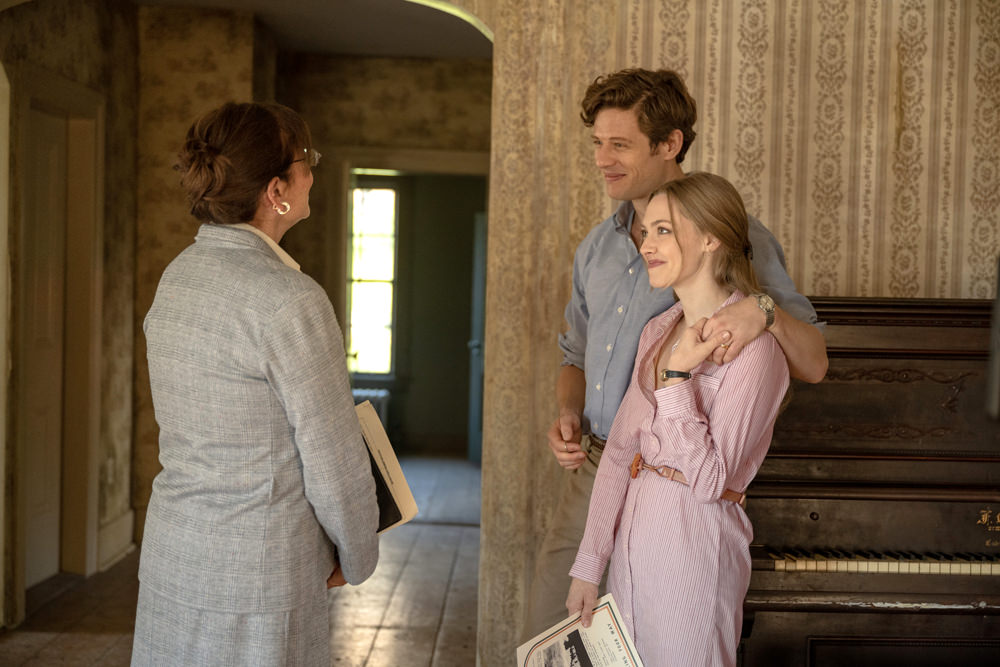 Catherine discovers the female spirit inside their house is not necessarily malevolent and seeks out the help of George’s boss, Floyd DeBeers (F. Murray Abraham), who is an ardent follower of Swedish theologian Emanuel Swedenborg. Unbeknownst to Catherine, George’s inherent personality has drawn the attention of certain spirits as well, and they are indeed malicious. As she finds out secret after secret that George has carefully hidden, Catherine finds a young lover of her own, Eddie.

Things Heard & Seen Ending: Does George Kill Catherine? Who Else Has He Killed?

Yes, George kills Catherine. He has also killed Floyd and his older cousin, whom he claims died in the sea, and put Justine (Rhea Seehorn) in a coma. As Floyd and his group of Swedenborg admirers explain to Catherine before the séance, if a person is inherently good, they would draw benevolent spirits to their home. After they move in, it doesn’t take long for both Catherine and her daughter to realize that they share their home with a spirit.

Initially, Catherine believes that the woman that she and Franny keep seeing is Mrs. Smit, the wife of the house’s original owner, a Calvinist preacher. After speaking to their realtor, she realizes that it is actually Ella Vayle (Emily Dorsch), the matriarch of the family that previously occupied the house. She also learns from the realtor that Eddie (Alex Neustaedter) and Cole (Jack Gore), the boys she has met, are Ella’s children. Calvin, Ella’s husband, gave Ella and the boys sedatives before turning on the ignition of two cars and then joining Ella on the bed. 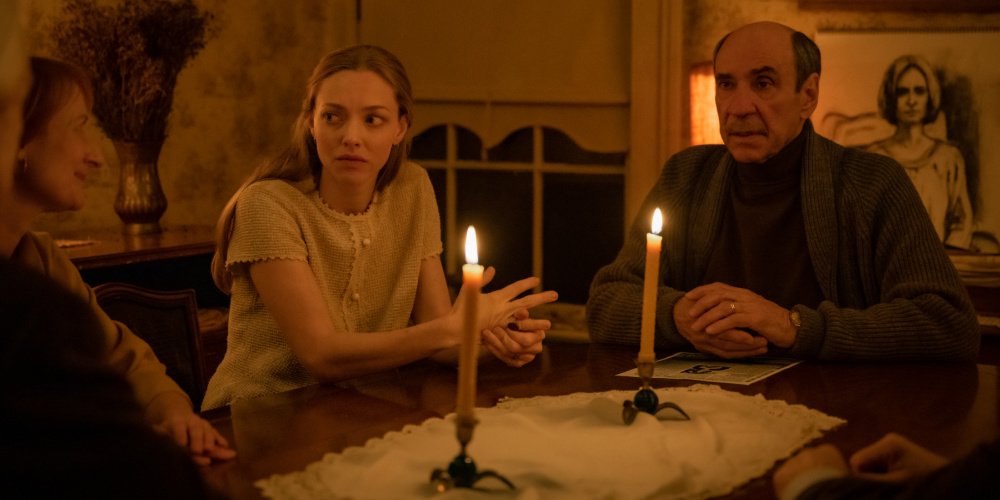 This makes Catherine finally understand why she keeps smelling exhaust fumes every night in their bedroom, located right on top of the garage. As Catherine’s kindness and compassion draws Ella as her protector, George’s deceitful, ambitious, and violent personality draws Calvin’s attention. The art pieces that George displays at his office have earned him much praise over the years. It is revealed that his cousin actually painted them.

George tells Floyd that his talented cousin died at sea when he was 19 years old. But Catherine figures out that George killed him and has claimed the art as his own. After Floyd learns that George has given him a forged recommendation letter, he tells him that he will inform HR, making it clear to the younger man that it will eventually lead to his firing. During their excursion on Floyd’s boat, George kills Floyd, likely in the same manner in which he killed his cousin, and swims to the shore. This is why when Justine sees him later, he is thoroughly drenched.

As his conversation with his old professor reveals, George’s dissertation was not accepted, and most likely, he doesn’t even have a Ph.D., so he is not qualified to teach at any school, with or without a recommendation letter. He tries to kill Justine when she reveals to him that she knows about his affair with Willis. Fortunately, she survives the ensuing accident but goes into a coma. As his descent toward evil intensifies, George becomes almost like a vessel for Calvin. George also uses sedatives to knock his wife out, but he desperately tries not to commit that final act of killing his wife. However, Calvin overwhelms him and takes control, killing Catherine with an ax.

What is the Significance of the Ring?

Catherine finds a ring lodged on the kitchen window. After realizing Ella wore it before her, she puts it on. At one point, she tries to give it to Eddie, but the latter asks her to keep it, knowing that she will need his mother’s protection. The film’s final moments reveal that the ring originally belonged to Mrs. Smit, who, like the two women that come after her, was also a victim of her husband’s brutality.

The ring forms a connection between the women, a bridge that links the past to the present. When Ella was alive and desperately trying to survive her violent husband with her children, she was likely protected by Mrs. Smit or maybe a woman who lived in that house in the intermediate period and was also a victim of spousal abuse. 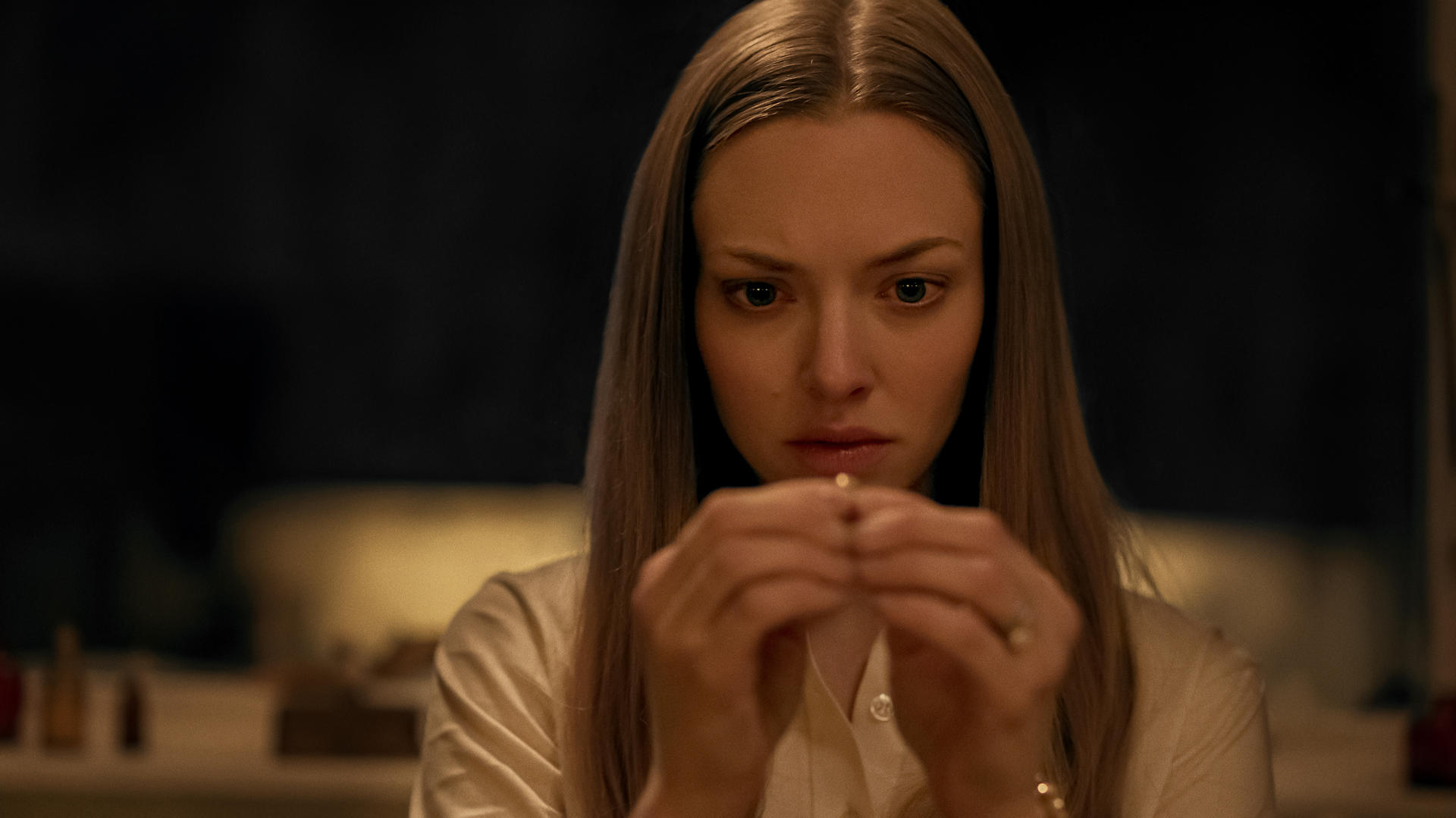 Meanwhile, the malevolence seems to have been pass on from one male resident of the house to the next due to their inherently evil nature. The moment Catherine dies, the ring falls from her finger, as the male viciousness has overcome its protection. The connection that the women shared is not required now either because Catherine has transcended the mortal world.

Does George Pay for His Sins?

Yes, George ultimately pays a hefty price for his sins. The film evidently draws its title from one of Swedenborg’s most popular works, ‘Heaven and Its Wonders the World of Spirits, and Hell: From Things Heard and Seen,’ and is heavily influenced by the theologian’s work. The book itself makes multiple appearances throughout the film. It is what Floyd gives George as a welcome gift. Although George has zero interest in mysticism, Catherine is drawn to it like a moth to a flame, especially after the paranormal encounters at their house. 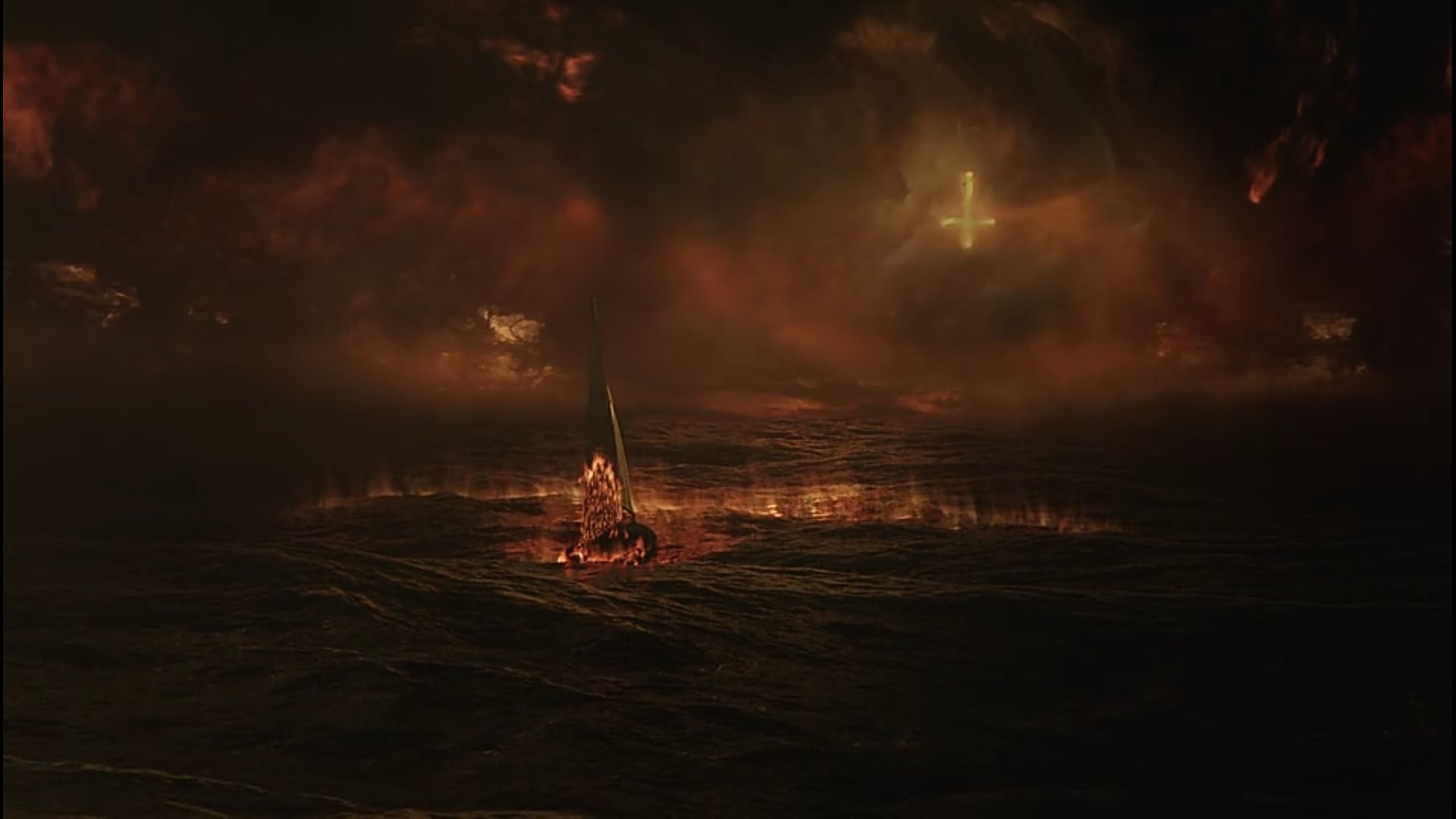 Towards the end of the film, George receives a message from Justine, who has woken up and is about to reveal all his crimes to the authorities. He subsequently sets out on his cousin’s old boat, not heeding the warnings of an official at the harbor. As he prepares for the journey, the audience can be forgiven if they mistakenly think that he is heading out to kill Justine. However, when he meets a storm front in the middle of the sea, it becomes clear that he has set out to rendezvous with his reckoning.

The damned, like Calvin and Mr. Smit, have called out to him, and he answers with all the zeal and determination of a fanatic. After all, they are ultimately kindred. In his final moments, George becomes part of a recreation of George Inness’ (an artist who Swedenborg seemingly, and heavily, influenced) ‘The Valley of the Shadow of Death,’ which appears as the cover art for Swedenborg’s book, and begins his journey to hell.