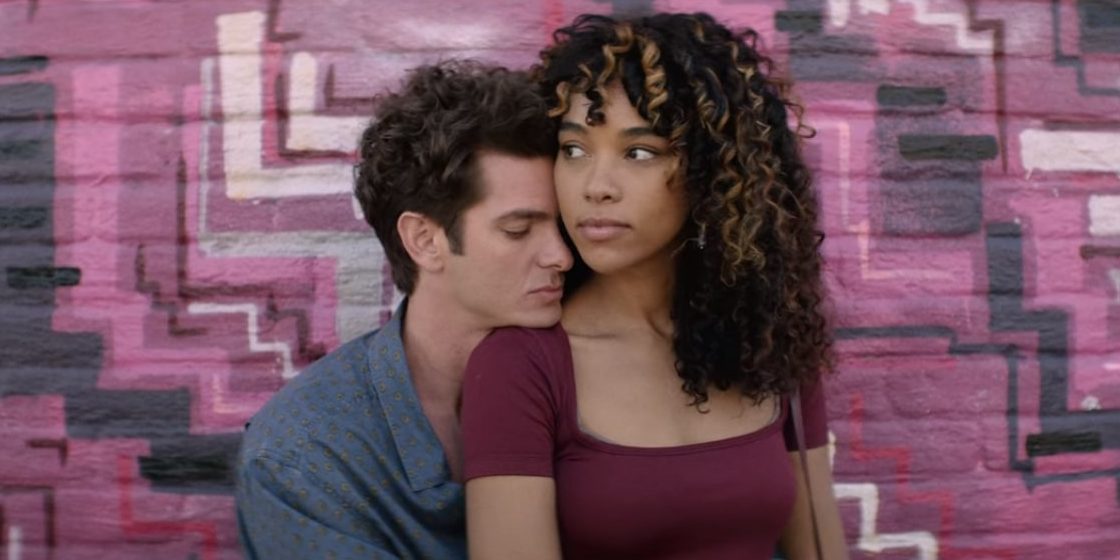 Director Lin-Manuel Miranda knows how to create magic out of the mundane, like a hectic Sunday diner that freely transforms into a makeshift stage in the tour-de-force musical comedy movie ‘Tick, Tick… Boom!’ It is a rare comedy that inspires you as much as it makes you cry. Based on a screenplay by Steven Levenson and borrowed from the eponymous semi-autobiographical rock monologue by avant-garde playwright Jonathan Larson, the movie lends a timely retrospect into the life and times of the artist.

“Everything that you’re about to see is true, except for the parts that Jonathan made up,” clarifies a voiceover. With this acknowledgment, you should brace yourself for a spirited freeform journey with a heart-shaped hole in the middle. If you are busy recollecting the final moments of the movie, let us ponder upon the ending. SPOILERS AHEAD.

The movie follows a performance of the titular musical, which chronicles Jonathan’s artistic struggle during the production of his previous musical. On January 26, 1990, his 30th birthday, aspiring playwright Jonathan is consumed by the dread of existence in his SoHo apartment. After eight years of relentless work, he struggles to finish his rock musical opera ‘Superbia’ while working a day job at a diner.

Although perpetually broke, Jonathan gets by with a bit of help from his friends. His best friend Michael has exchanged the struggle of an acting career with a lucrative job in an advertising company. Jonathan’s love interest and modern dancer Susan is eager to find stability in life. Without knowing anyone, she moved to SoHo, was wowing critics daily, but had an accident during a dressing rehearsal.

Now, with her dancing career running out of flame, Susan is thinking of moving to Berkshires for a permanent job as a dance teacher. She wants Jon to move in with her, but Jon does not want to be tethered. Moreover, as his mentor Ira Weitzman (Head of Musical Theatre at Playwrights of Horizons) reminds him, he is yet to finish the last song for ‘Superbia.’ In the backdrop of the AIDS epidemic and the social dogmas that come with it, Jonathan juggles with love, friendship, career (or a lack of it), existence, and everything in between.

‘Superbia’ has been Jon’s masterpiece in the making for eight years, but nobody thinks it has the artistic potential, apart from the sole exception of musical maestro Stephen Sondheim. We come to know that the drama is set in a dystopian future on a poisoned planet when humans stare at the screens of their media transmitters all day, watching niche elites who film their lives like TV shows. It sounds pretty familiar, doesn’t it?

However, everything in Jon’s life seemingly goes south before he can see the silver lining. In the absence of celebrity agent Rosa, Jonathan sends out the invites personally. He needs two musicians for the workshop, while Ira can only afford one. Jon sells his precious collection of records for 50 dollars, and he attends the support group at Michael’s office for an additional 75. 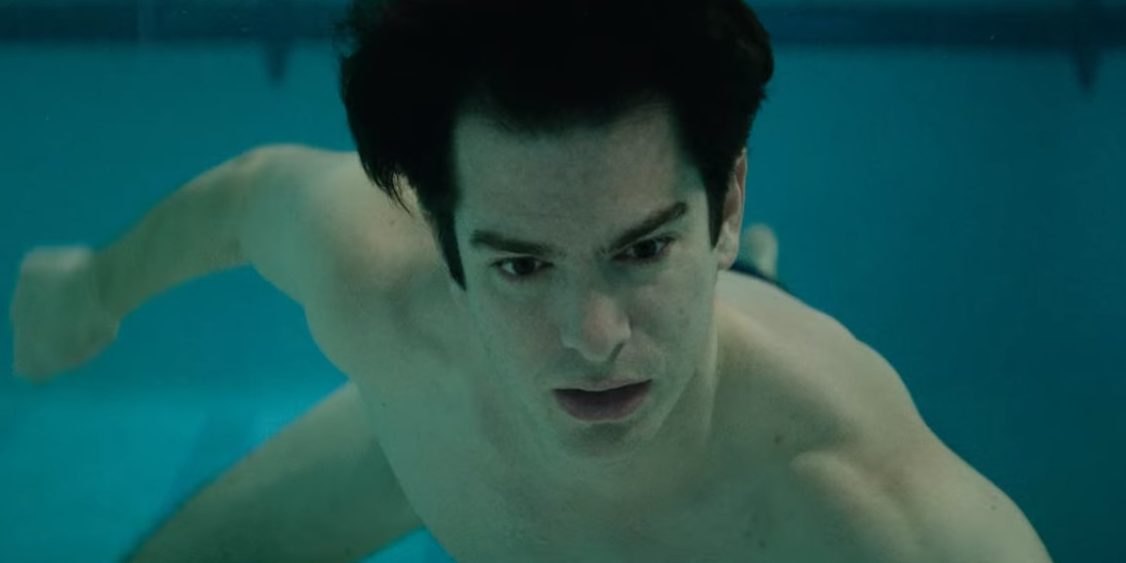 In the support group, Jon steals the spotlight until the host gives attendees the task of naming a chemical fat substitute product that causes complete hair loss. People toy with “Oil” and “Free” until Jon comes up with a hilarious (but a tad bit offensive) name – “Chubstitute.” Following the mishap, he and Michael have a brawl. Michael is happy to have a car and stability in life when his friends are dying, although Jon thinks advertisers manipulate people to buy things they don’t need.

Well, Michael thinks that art is not going to save the rainforest, and the dystopia of Jon’s ‘Superbia’ seems a bit too real at this point. Jon struggles with writer’s block, still finding words for Elizabeth’s song. But when he gets the call from Rosa Stevens before the day of the workshop, things start to look hopeful again. Rosa assures Jon that she has sent invites to all the big names in the industry.

Elevated by the news, he cleans up the mess of his room, does the dishes, and empties the litterbox of his cat. After getting his apartment back on order, Jonathan sits at his Macintosh, and right on cue, the electricity gets cut. Shocked and enraged, Jonathan calls the electricity office, but they can’t do much for the time being. With this sudden setback, Jonathan feels like going swimming. And there, while his muscles feel the palpable weight of the water, Jonathan finds inspiration for his unfinished song.

He writes it on a spec, and Karessa sings it with urgency, emotion, and diction, enticing the critics and producers. So, yes, Jonathan finishes the song, but while the producers love the presentation, they think it to be too artsy for Broadway (with the sole exception of Sondheim, who remains an ardent believer in Jon’s talents). Therefore, although ‘Superbia’ is a success in production, it does not cause much uproar in the mainstream media.

Is Michael Dead or Alive?

After Michael leaves the apartment, one night, Jonathan listens to Senator Jesse Helms of North Carolina speaking on TV. The latter suggests that the “homosexuals” and drug addicts are responsible for the spread of AIDS. Jonathan’s friend, Freddy, on the other hand, battles with AIDS in the hospital. However, he gets better, and the hospital discharges him. But at a pivotal time in the movie, Jonathan is in for another shocking news. 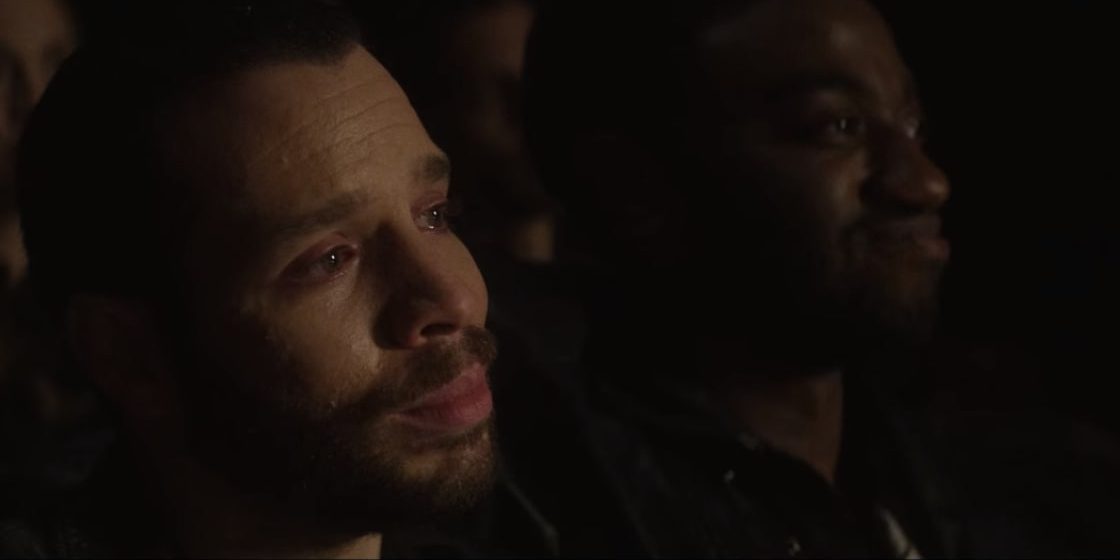 After getting the lackluster response for ‘Superbia,’ a frustrated Jon goes to dear friend Michael asking for a job. However, Michael’s life is not as perfect as Jon thinks it is — Michael is HIV positive. Devastated, Jon walks down the elevator and out into Central Park. In a dream-like sequence, his piano keys cry in unison on a rain-drenched night. The boss understands that he may be wrong as rain. With the realization, Jon comes back to his regular workplace, the diner, to celebrate his 30th birthday.

Susan meets him outside the cafe, and she happens to have a gift for him — a music journal for Jon’s next masterpiece. While we come to know of Jon’s fate, the character of Michael withers from the screen. We perceive Jon’s memories of Michael in a VHS tape montage, but the audiences wonder about whether Michael is dead or alive. History tells us that New York City was one of the worst affected by the AIDS epidemic of the 1980s.

Moreover, the LGBTQA+ community was devastated, and especially the gay community, although it is untrue that the epidemic was contained within a specific sexual orientation. The community formed advocacy organizations like ‘Gay Men’s Health Crisis’ (GMHC) which actively worked on community-based counseling and awareness programs to eliminate the dogma associated with the disease. However, the killer disease does not have a known cure even in 2021. With the realization, it seems that Michael joins the list of martyrs claimed by AIDS.

What Happens to the Real Jonathan?

The final montage shows us a glimpse of the real Jonathan. In an epilogue, Susan’s voiceover tells us that ‘Tick, tick… BOOM!’ would be the second stage musical of Jonathan after ‘Superbia.’ After that, he started working on another musical named ‘Rent,’ which ran on for 12 years. The drama revolutionized the medium of musical Broadway, as it altered the tempo, beat, and vision for the genre.

However, Jonathan was not lucky enough to see the first public performance of ‘Rent.’ He died the night before, from a sudden aortic aneurysm (a bulge in the artery that carries blood from the heart through to the chest), at the ripe age of 35. However, his undying spirit reverberates through the celebratory excess of the movie.

Read More: All the Broadway Cameos in Tick, Tick… Boom!