Tiny House Nation: Where Are They Now? 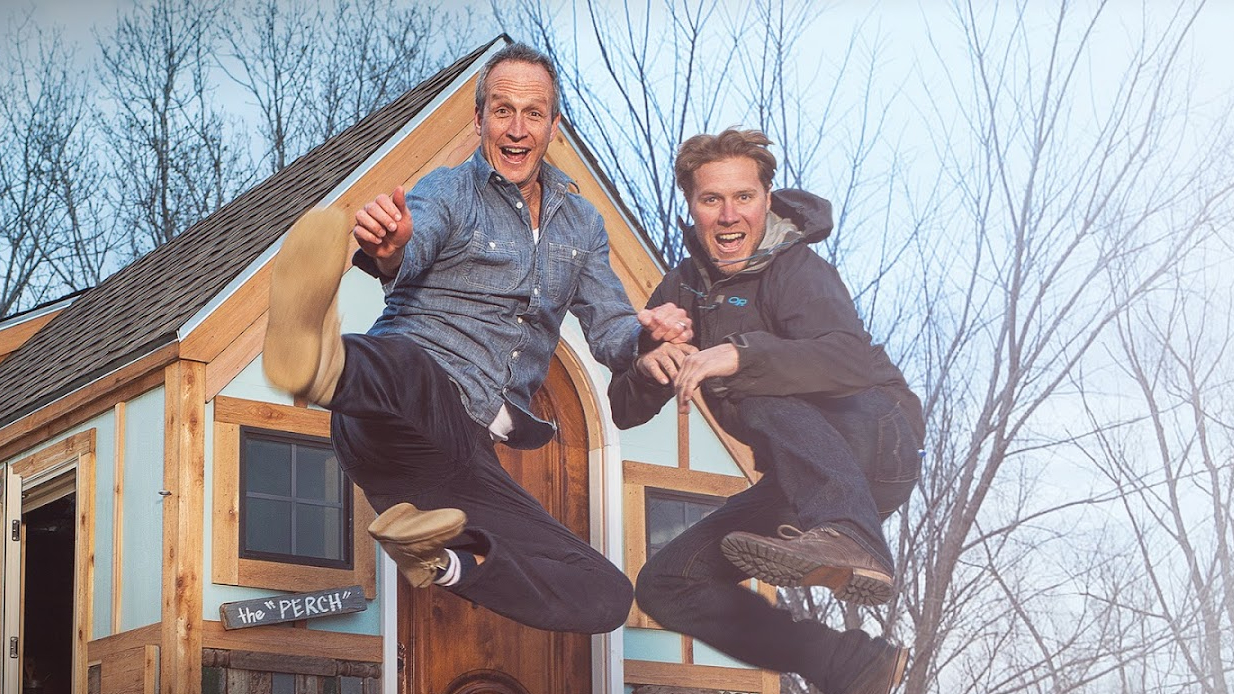 As a reality series that revolves around a couple of experts while they travel across the nation to help families build their dream small quarters, ‘Tiny House Nation’ is as gripping as it is entertaining. After all, it covers every stage of the process — whether it be planning, construction, interior designing, or the culminating emotional reveal — to yield a complete picture in every single installment. So now that it’s been a while since this production first landed on our screens, let’s find out more about its two hosts as well as a few of the houses we’ve seen along the way, shall we?

Where is John Weisbarth Now?

John Weisbarth’s first brush with the world of repair, renovation, and restoration was when he was a mere child owing to his father’s profession as a handyman, which sparked his interest as well. He thus chose to work under his guidance for years and ended up developing not only incredible skills but also an undeniably affable attitude, driving him to surpass every possible expectation.

From ‘The Treasure’ to ‘Mission: Irreparable’ and from ‘Unplugged Nation’ to ‘Roadstead Nation,’ John has featured in or produced several films/television shows over the past three decades. That’s why it’s no surprise that both his quick-wit as well as ambitiousness have helped him bag a total of seven regional Emmy Awards as of writing, all the while pushing him to pursue different ventures.

Coming to his current standing, the San Diego-based host has been keeping busy either by devoting himself to surfing, golfing, and playing soccer or making good use of his online platform as a public figure. His most recent project was actually the self-explanatory Covid Cocktails with John Weisbarth on YouTube. His role as a husband and father, though, is the most significant aspect of his life.

Where is Zack Giffin Now?

If there’s only one word we can use to describe Zack Giffin, it’s passionate, something that his hosting and continued advocacy for the Tiny House Movement make perfectly evident. The professional skier/contractor is reportedly so devoted to bringing about positive changes through this setup that he leads by example — he has built a tiny mobile ski home for himself, which he moves from one place to another each winter.

As if that’s not enough, the carpentry expert is even a Ski Ambassador for Seattle-based Outdoor Research as well as the Vice President of the Tiny Home Industry Association. Furthermore, apart from being a public speaker, adventurer, husband, and dog dad, he also offers free tiny home-building workshops for veterans through Operation Tiny Home, a national nonprofit organization.

After a wildfire destroyed married couple Kristin Moeller and David Cottrell’s Conifer, Colorado, home in 2012, they decided to rebuild on a smaller yet equally lavish scale. Thus came about their 500 square feet mountain top mansion that literally opens up onto the breathtakingly beautiful Rockies, as seen in season 1 episode 5 of this reality series.

However, owing to connectivity issues caused by the repositioning of cell towers, which affected their livelihood, the couple was forced to move out in February 2015. Kristin and David have since settled down in the city of Salida, but because they couldn’t bear to do away with their tiny quarters, they now rent it as a quiet recreational or writer’s retreat. 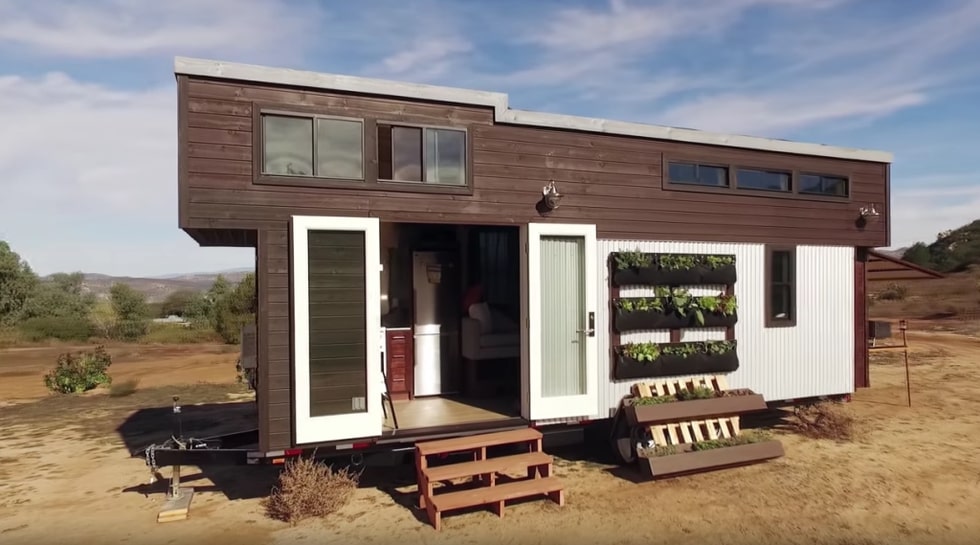 In the mid-2010s, Jared Logan and Vanessa Wesley took a leap of faith in going tiny with the hopes that their new home could still accommodate their love for both cooking as well as the outdoors. They worked alongside contractor Charles Brzezinski for the same, ending up with a roughly 280 square feet cabin that seemed as comfortable as it was accessible, as profiled in season 3 episode 11.

Yet the couple soon came forward to accuse Charles of unprofessionalism in a brutal review on a consumer website, claiming that his work was not only shoddy but also unethical. In response, he denied these allegations before filing a civil lawsuit against them for tarnishing his reputation and negatively affecting his construction/remodeling business. Charles sought more than $1 million in damages, along with the removal of the review, but it doesn’t look like it worked out. While his enterprise is still up and running, the review remains, and it even seems like the couple continues to reside in a tiny home in California. 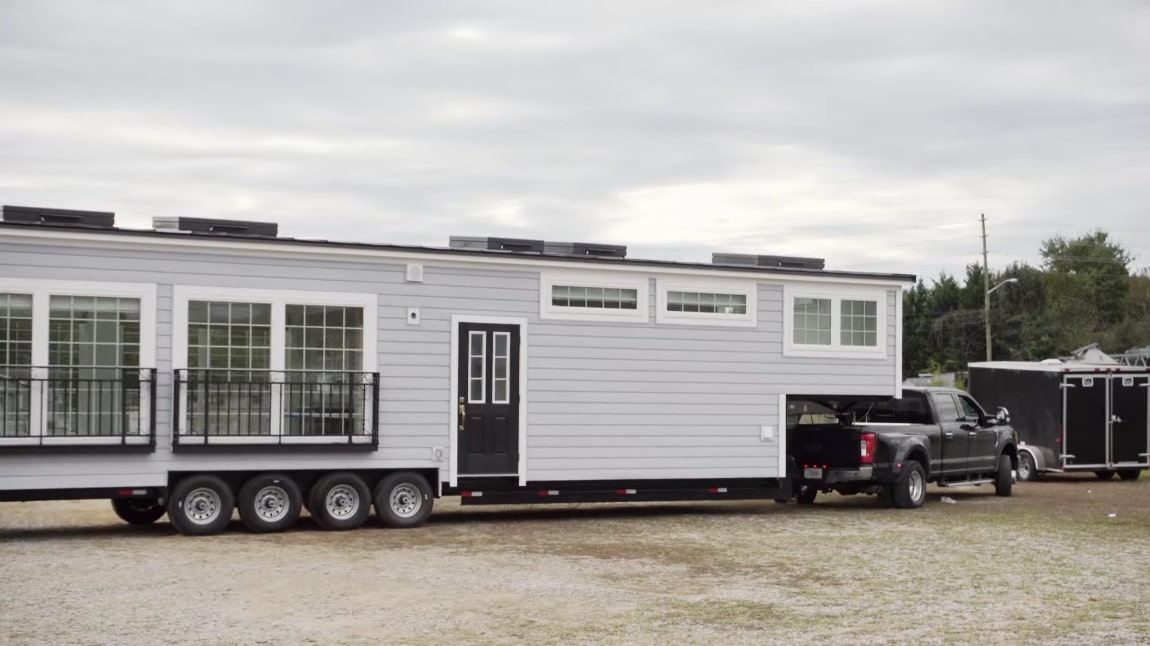 When aspiring musician Ben, his wife Rebecah, and their growing family decided to relocate from Los Angeles to Nashville for his career, they also decided to go tiny. The result? A cozy, nearly 400 square feet home that was essentially transformed from a 40 feet long and 10 feet wide trailer. Its look was grand, it was upscale, and it was simply classic.

Unfortunately, the Richards family was later evicted by their contractor Mike Bedsole due to unexpected financial issues, and that’s when it came to light he’d registered the trailer under his name. The couple even alleged Mike had skipped town with their home, leaving them with no choice but to take legal action (they’d created a GoFundMe page to raise money for the same). Although, we should mention that it doesn’t appear as if the matter ever went to court, and Mike’s business is still operational. On the other hand, the family is living in a standard home again.