To Your Eternity Season 2 Episode 2 Recap and Ending, Explained 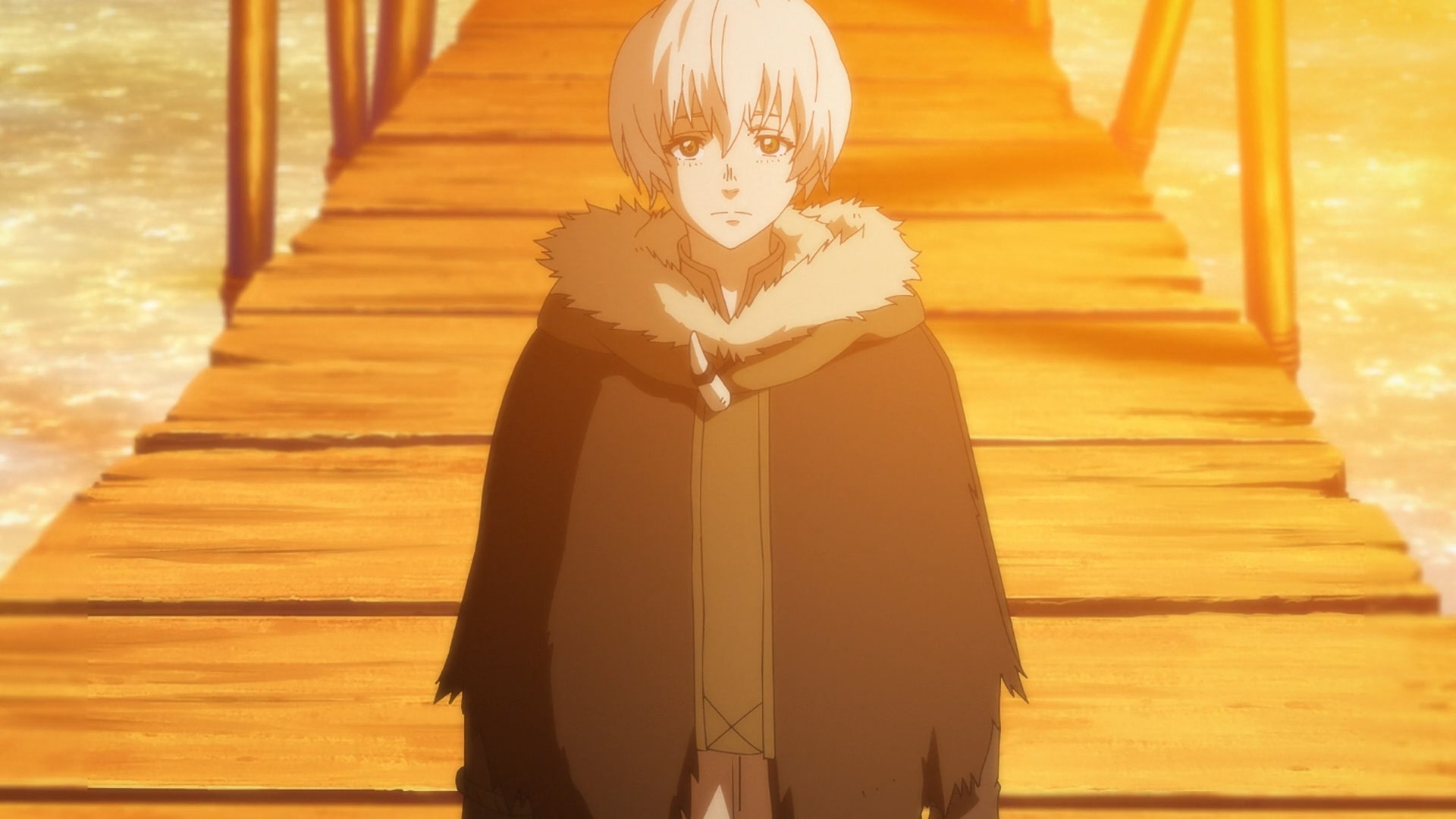 In the second episode of ‘To Your Eternity’ or ‘Fumetsu no Anata e’ season 2 titled ‘Beating Will,’ Tonari is attacked by the Nokker on Hisame’s arm. Although Fushi later reunites with his old friend, he does not get to spend much time with her as she passes away soon afterward. Following Tonari’s death, Fushi embarks on a quest to explore new cities and make friends. Here’s everything you need to know about the ending of ‘To Your Eternity’ season 2 episode 2. SPOILERS AHEAD!

To Your Eternity Season 2 Episode 2 Recap

After everyone is left unconscious, Tonari explains to Hisame that she has regularly been taking poison to develop resilience for it. However, her eyes suddenly fall on the Nokker in Hisame’s hand and she decides to sever it from her. Little did she know that this will be the biggest mistake of her life. When she approaches Hisame with a knife in her hand, the Nokker suddenly attacks Tonari leaving her breathless. But she is entirely focused on dealing with the threat at hand so she tells her pet Ligard to take down Hisame. The eagle uses the poison in its claws which immediately makes her unconscious. 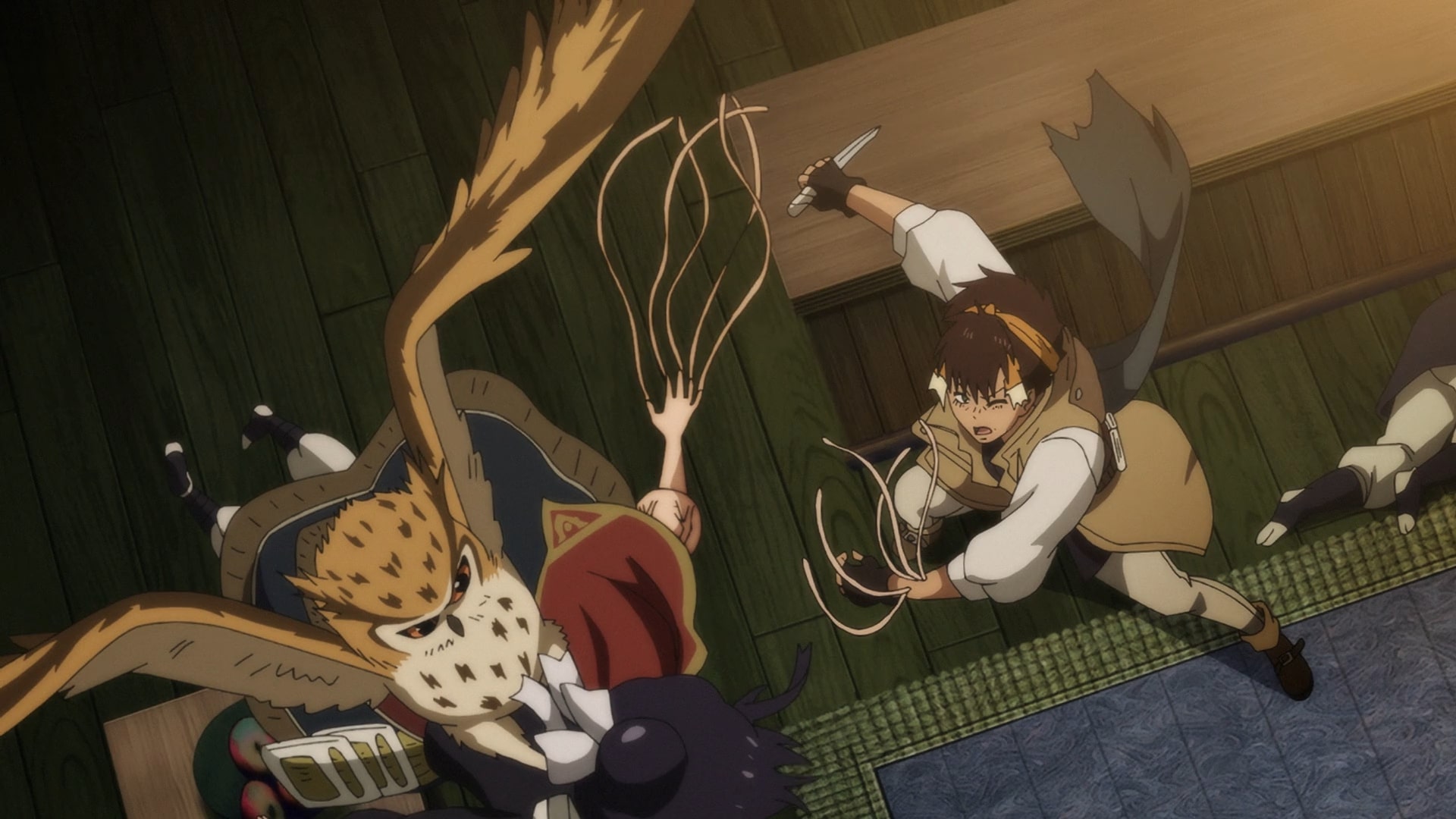 Unfortunately, it does nothing to the Nokker in Hisame’s hand which drags her body out of the window. When Tonari notices her hand again, she realizes that the Nokker released towards her has taken root, meaning her fate has been sealed now. The following day Fushi wakes up from his sleep and meets his old friend. They share old anecdotes and just moments before her death Tonari tells Fushi to keep his friends in his memories. Fushi soon continues his journey and eventually meets Hisame.

To Your Eternity Season 2 Episode 2 Ending: What Was Hayase’s Secret Wish? Does Hisame Manage to Fulfill it?

After Fushi finds Hisame walking towards her in the jungle, he immediately approaches her and realizes that she is not well. When he tries to sever the Nokker from her hand, she tells him that her body won’t be able to take any longer. With no other option, Fushi decides to take her to the grown-ups. On their way, the duo decides to rest during the night as their destiny is still quite far away. 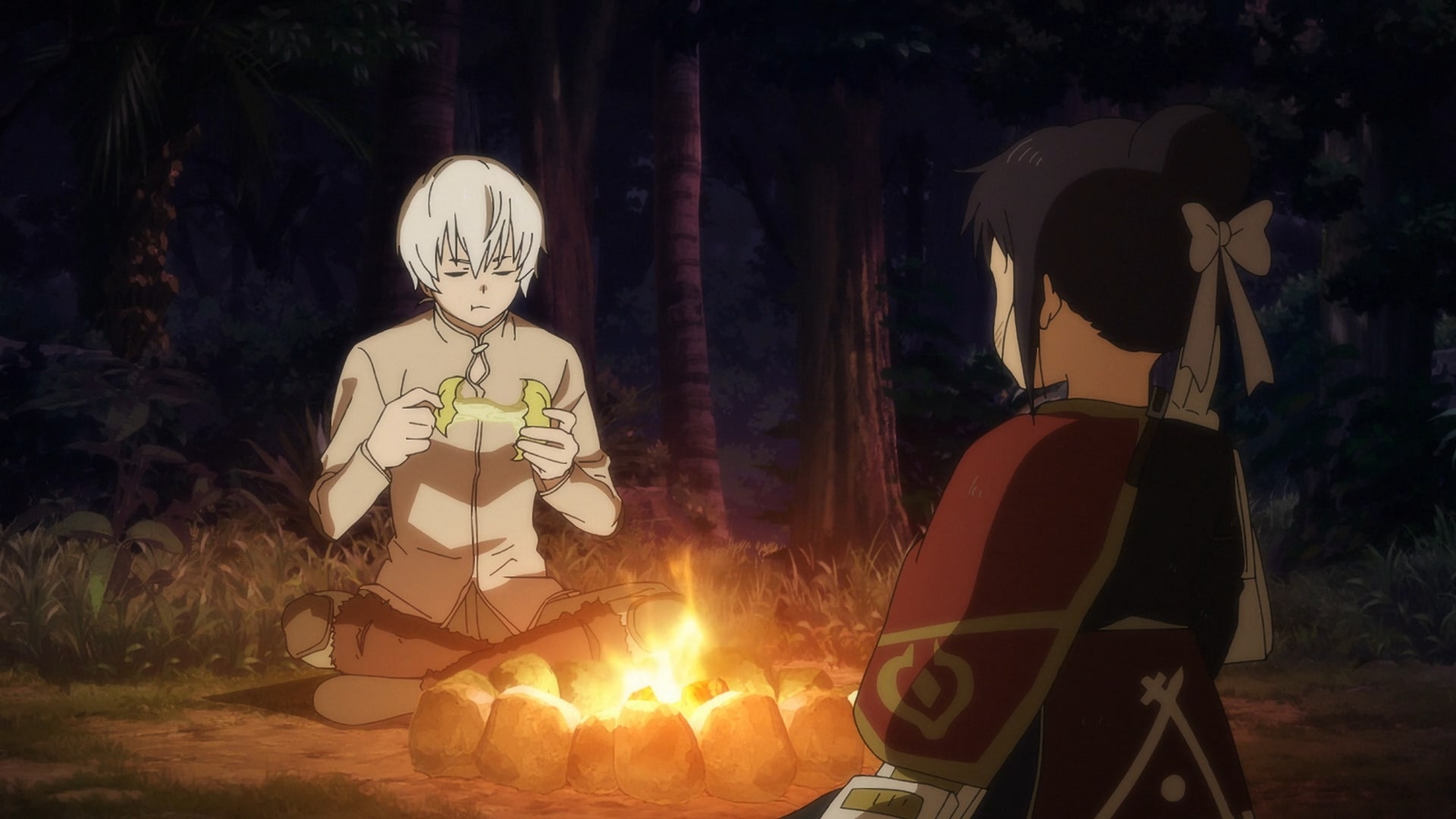 That’s when Hisame tells Fushi that she needs to reveal Hayase’s secret wish to him. She explains that a secret goal was passed down from her grandmother to her, which was separate from the goals of the Guardians. To Fushi’s surprise, Hisame reveals that she plans to have his daughter. She goes on to state that accomplishing this objective will make her mother and late grandmother more content.

Clearly, both of them have no real understanding of human reproduction and all they know is that one can have a child by sleeping together. The following morning, Fushi leaves an unconscious Hisame in the care of her people. When Kansatsusha warns that his daughter with Hisame will return for him, Fushi reveals that nothing happened between the two of them.

How Does Fushi Adjust to the City Life?

After he no longer has to worry about Hisame or anyone else, Fushi decides to keep his promise to Tonari and also embarks on a quest to find new friends. Therefore, he travels to a nearby city where he exchanges some goods for food. Soon, the comforts of city life make Fushi recall some fond memories from the past. However, he is well aware of the fact that his presence also increases the chance of a Nokker attack. If something like that happens in a city, then the number of deaths will be frighteningly high. 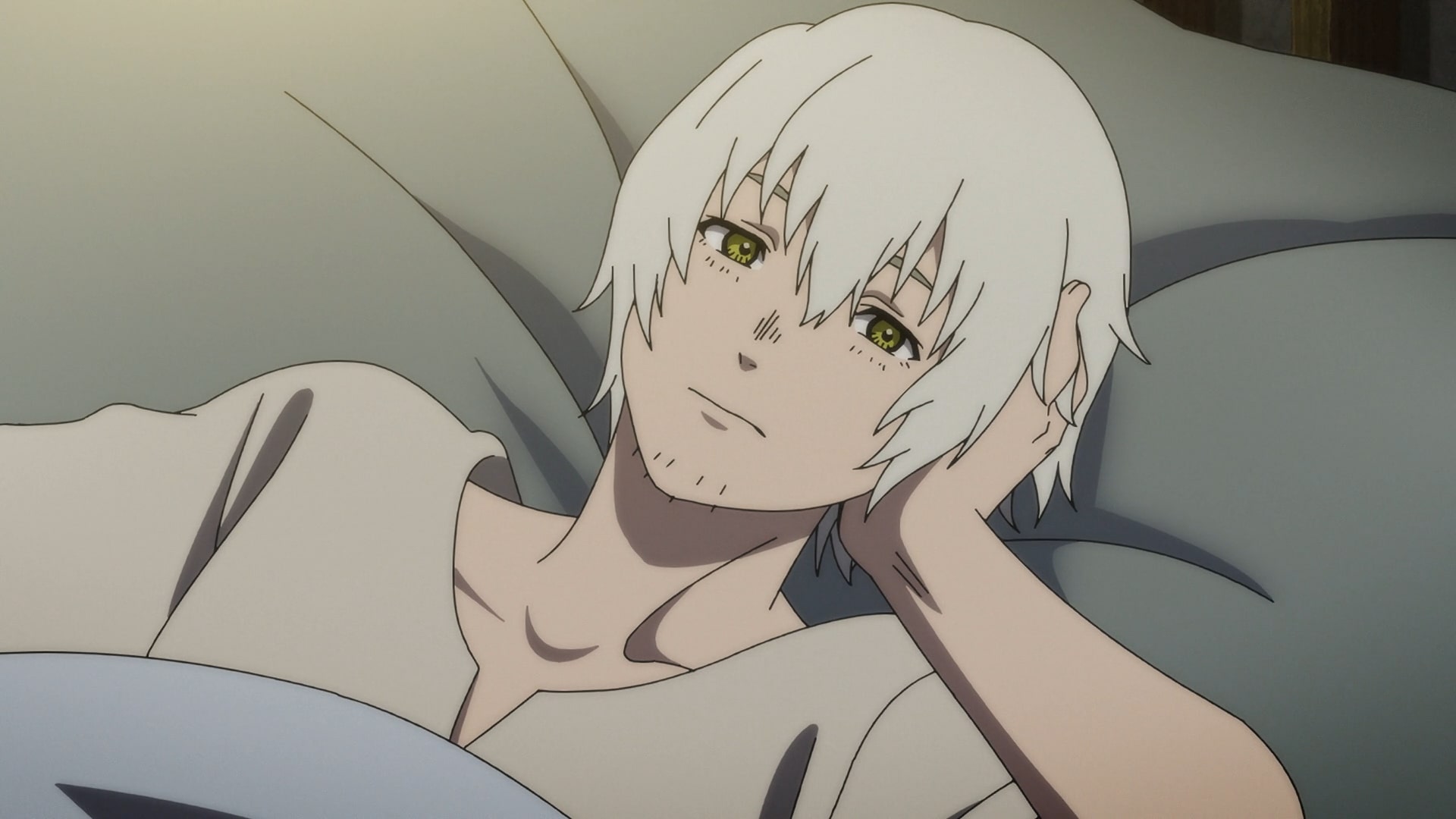 But while living on the island alone, Fushi had noticed that whenever he moved to a new place, the first two days were always safe. Problems only started happening from the third day onwards. Using this as the main insight, Fushi only stayed in a place for up to two days and kept moving. He also embraced the comforts that city life afforded and indulged in other mundane daily activities to keep his life interesting.

Is Hisame Dead? What Happens to Her Successors?

While Fushi was living in a city, he was one day visited by someone dressed exactly in the same attire as Hisame. She is later revealed to be Hisame’s daughter Oumi, who was just seventeen years old. However, she gives Fushi the unfortunate news that her mother passed away just six months ago. 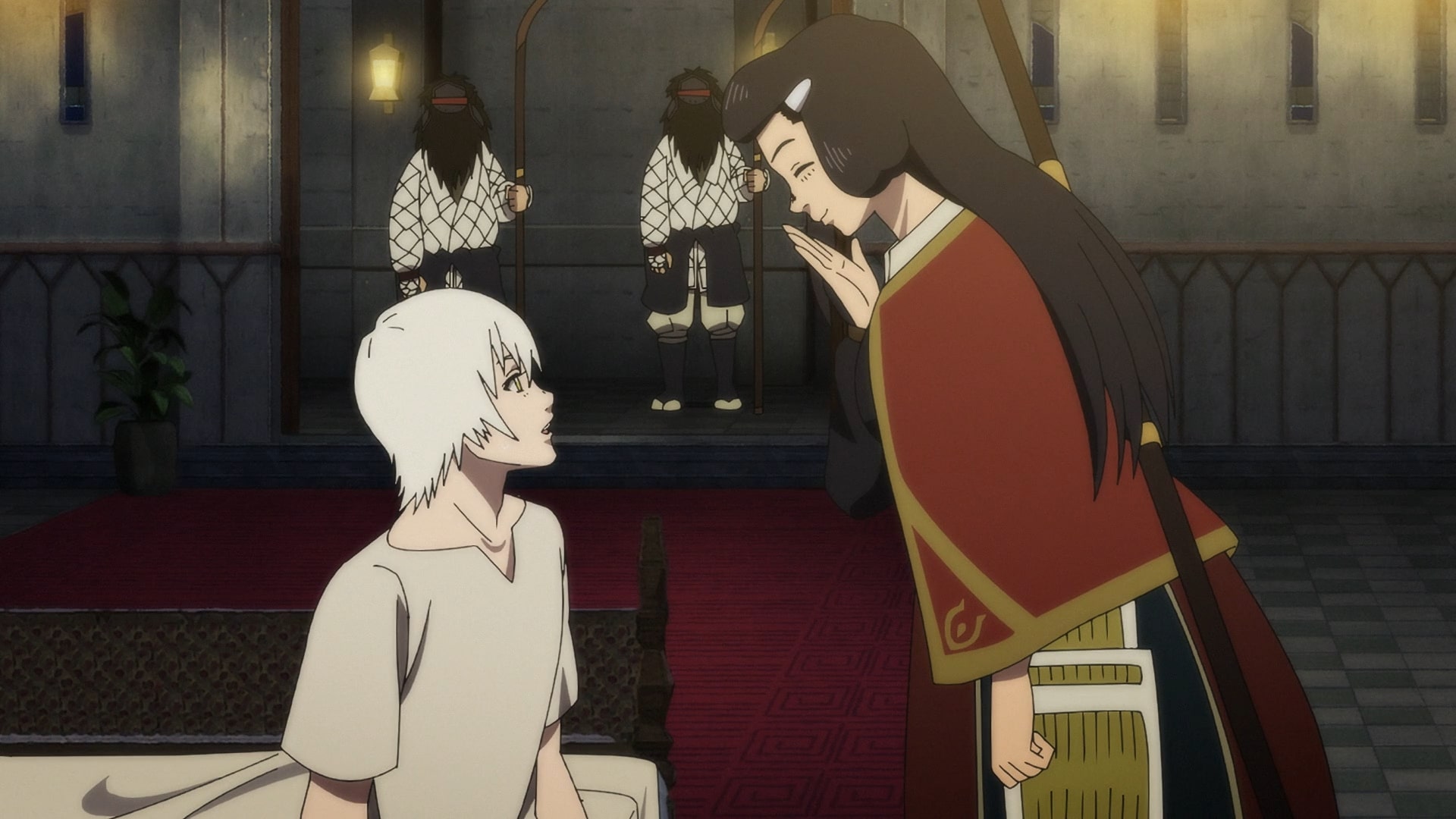 It turns out that Oumi is also pregnant now and will give birth to a child soon, who will succeed the Hayase’s will. But this was not the only time Hisame’s successors visited her. Every few years, someone from the family who had succeeded Hayase will come to introduce themselves to Fushi. Although all the successors were women, the sixth one turned out to be a man named Kahaku.