To Your Eternity Season 2 Episode 7 Recap and Ending, Explained 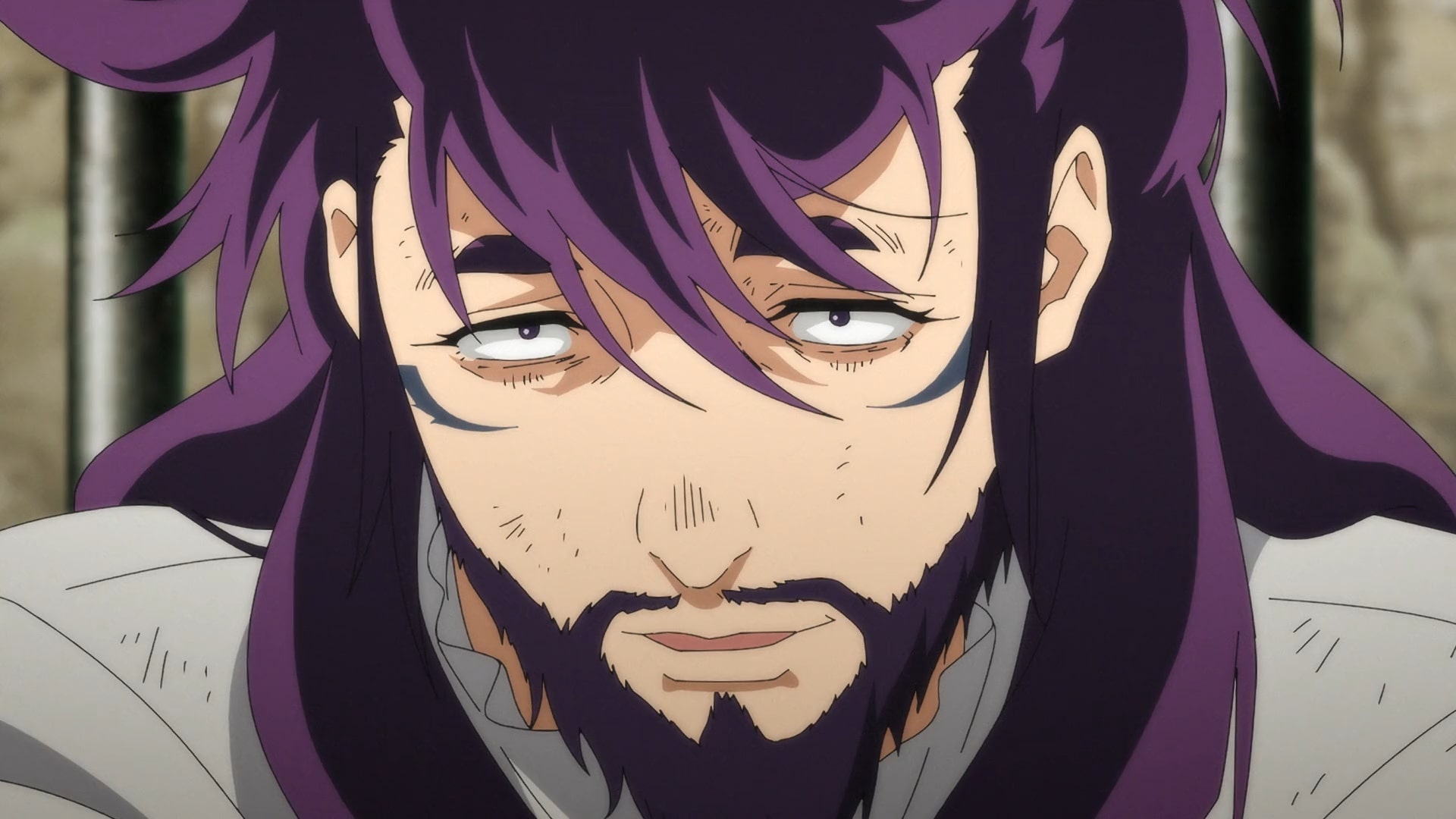 In the seventh episode of ‘To Your Eternity’ or ‘Fumetsu no Anata e’ season 2 titled ‘Crime and Forgiveness,’ Bonchien meets a boy who is kept in the same cell as him. Over time he starts caring for him and eventually starts seriously contemplating his motivations to become the king. Meanwhile, Fushi who has been sealed by the Church of Bennett manages to escape and tries to rescue his friends. Here’s everything you need to know about the ending of ‘To Your Eternity’ season 2 episode 7. SPOILERS AHEAD!

To Your Eternity Season 2 Episode 7 Recap

Trapped in the cell for quite some time now, Bonchien finally learns that there is a young boy there with him as well. He later learns that his name is Chabo and he was separated from his mother. Since he can see her spirit, Bonchien tells Chabo that his mother is dead and gets slapped by him. Later he begins to deeply contemplate the reasons for him to want to become the next king and realizes that it was nothing more than a self-centered desire that he could not let go of. 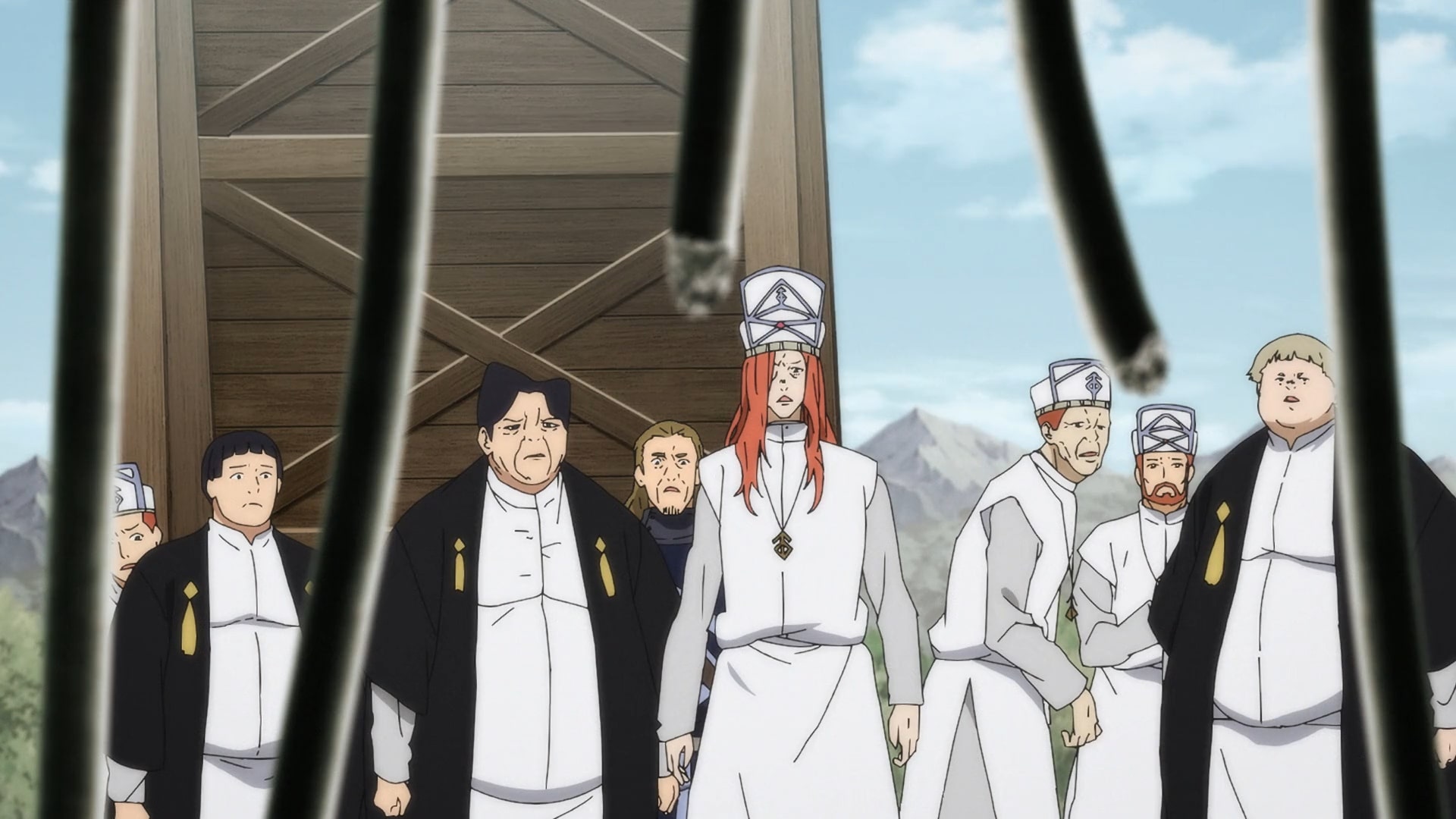 Meanwhile, Fushi has been struggling ever since molten lava has been poured on him. The constant phase of death and regeneration takes a huge toll on his body but eventually, his regeneration becomes faster allowing him to finally escape. However, the crowd that is watching the dramatic attempt to get out does not realize this as Fushi has turned himself into a bird. As soon as he escapes, he starts desperately looking for his friends.

When Fushi finally arrives to help Bonchien after freeing himself from the despicable attempt of the Church of Bennett to seal him away, he starts by lowering his friends’ cell in the water below. Although Bonchien is naturally scared at first, when he later realizes that Fushi is there for him, he finally breathes a sigh of relief. Fushi manages to put the crocodiles in water to sleep using a sedative and makes a boat so that everyone can escape.

However, after he loads Chabo on the boat and asks Bonchien to join them, he is surprised to learn that he doesn’t wanna come. Fushi has planned to make copies of their bodies to make the Church of Bennett think that everyone died in captivity. But Bonchien argues that the church won’t just be satisfied with his death and will continue to hunt heretics. He says that the only solution to the dilemma is for him to confess to Cylira that Fushi was a demon. Since he has promised to let him live if he chooses to cooperate, Bonchien reassures his friend that he will be safe.

To Your Eternity Season 2 Episode 7 Ending: Is Bonchien Dead?

Fushi trusts Bonchien and leaves with Chabo and Todo. The following day when he is questioned about the incident, Bonchien tells Cylira and other members of the church that a demon came there and took Todo and Chabo’s life. He argues that he was only saved because god was probably on his side. According to him, the devil was furious about the fact that his man i.e., Fushi was mistreated by the church and sealed away. This is a direct confirmation by Bonchien that Fushi was an ally of the devil, which the church has been desperately looking for so far. 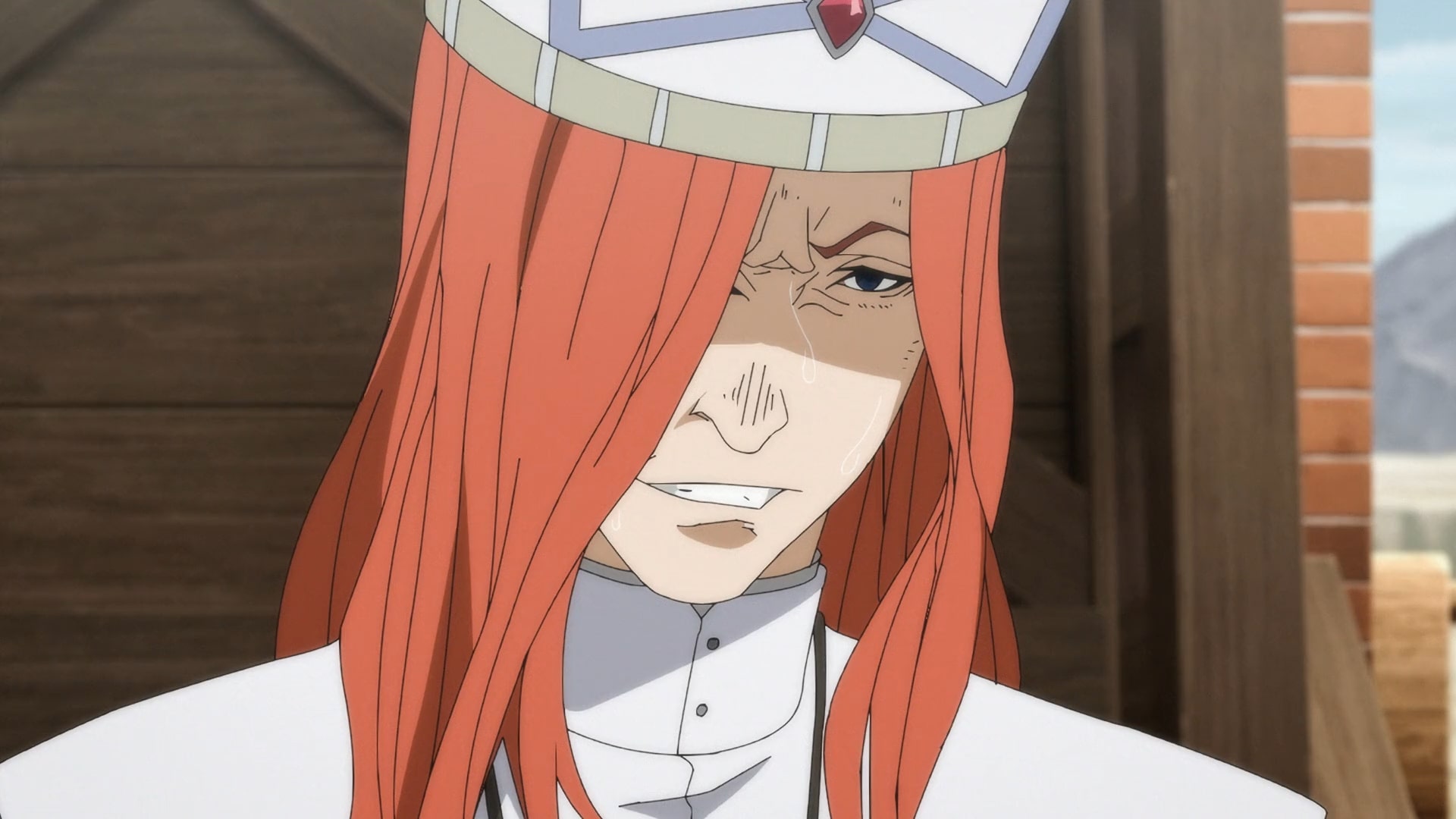 After this connection is established, Bonchien is asked whether he is now disillusioned by his fascination with Fushi and is ready to swear his allegiance to the Church of Bennett. In reply, Bonchien not only refuses to side with the church and accept but goes as far as saying that he loves Fushi. Cylira is thrilled by this admission since it means that he can not put the Prince of the Kingdom of Uralis to death. As he is being taken to be executed, Bonchien looks back at his life and feels that his existence was insufficient.

However, Fen and Nixon reassure him that the bravery he has shown by standing up to the Church of Bennett is admirable and he should be proud of it. Then Bonchien is finally put in a guillotine and the rope stopping the blade from falling on his neck is let loose. The episode ends on a cliffhanger without telling anything about his fate. But in the manga, Fushi arrives just in the nick of time to save Bonchien. He creates a fake corpse which leads people to believe that Bonchien has passed away. Later Bonchien will start a completely new life and will not die as many viewers would have thought by the end of the episode.