To Your Eternity Season 2 Episode 8 Recap and Ending, Explained 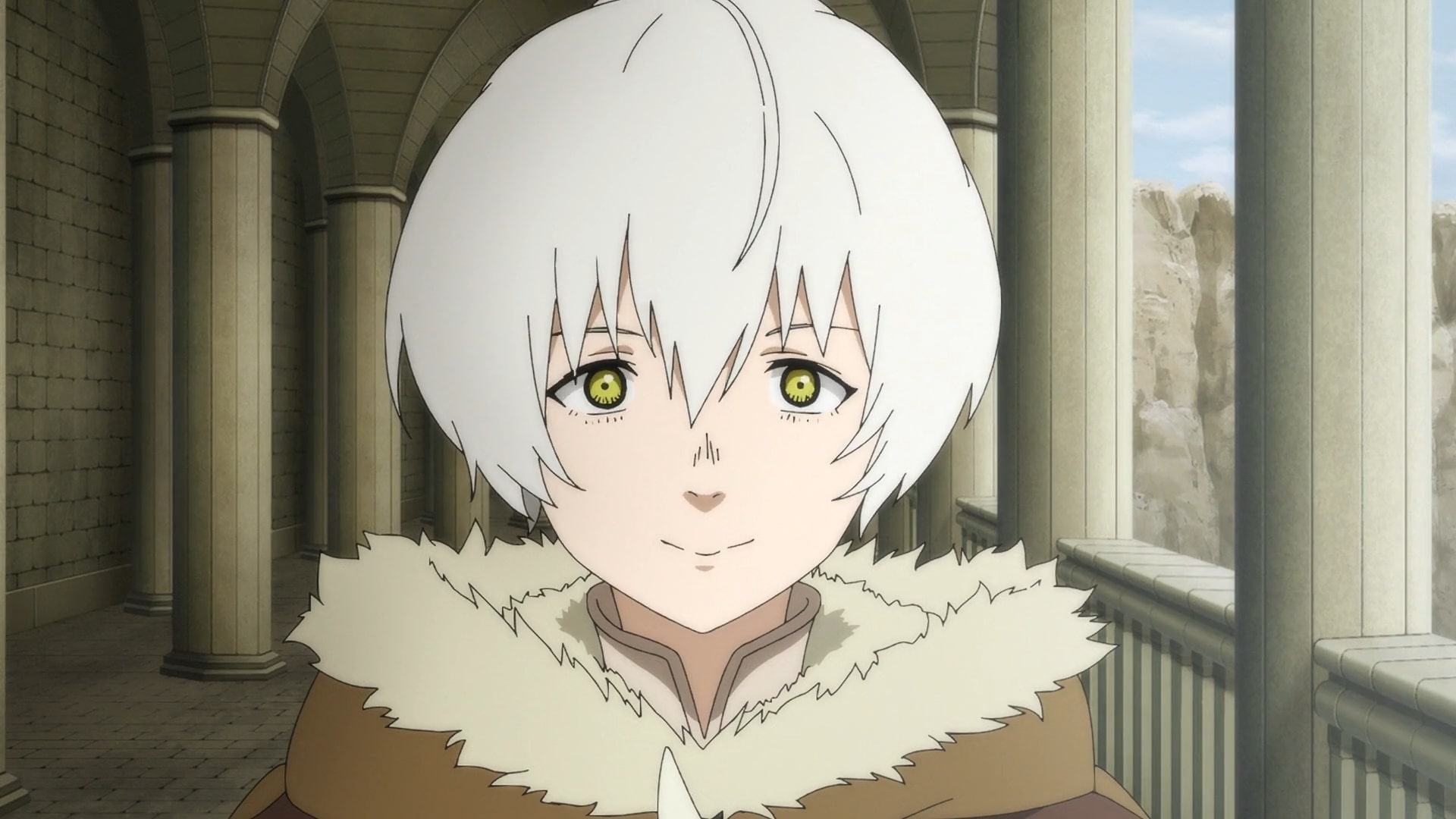 In the eighth episode of ‘To Your Eternity’ or ‘Fumetsu no Anata e’ season 2 titled ‘Beyond Dreams,’ Fushi saves Bon’s life just moments before he is executed by the Church of Bennett. But in order to fool the public and the church, he smartly places a dummy body at the execution spot. Later, the Prince of the Uralis Kingdom meets his family following his funeral and assumes a new identity so that he can start a new life. Todo and Fushi also follow his example but a tragedy awaits them just when they start to feel a sense of normalcy come back to their lives. Here’s everything you need to know about the ending of ‘To Your Eternity’ season 2 episode 8. SPOILERS AHEAD!

To Your Eternity Season 2 Episode 8 Recap

Just after the blade is dropped on Bon’s neck, suddenly everyone nearby falls asleep and wakes up to find his dead body near the guillotine. Cylira is thrilled by this and celebrates Bon’s death by claiming that the demon was too late to save his accomplice. But it turns out that Fushi never really left Bon on his own even though he has specifically asked for it. When he learned about his planned execution, Fushi decided to save his friend. Thankfully Tonari’s notes became very useful in this instance as Fushi used them to make a powerful sleeping medicine. 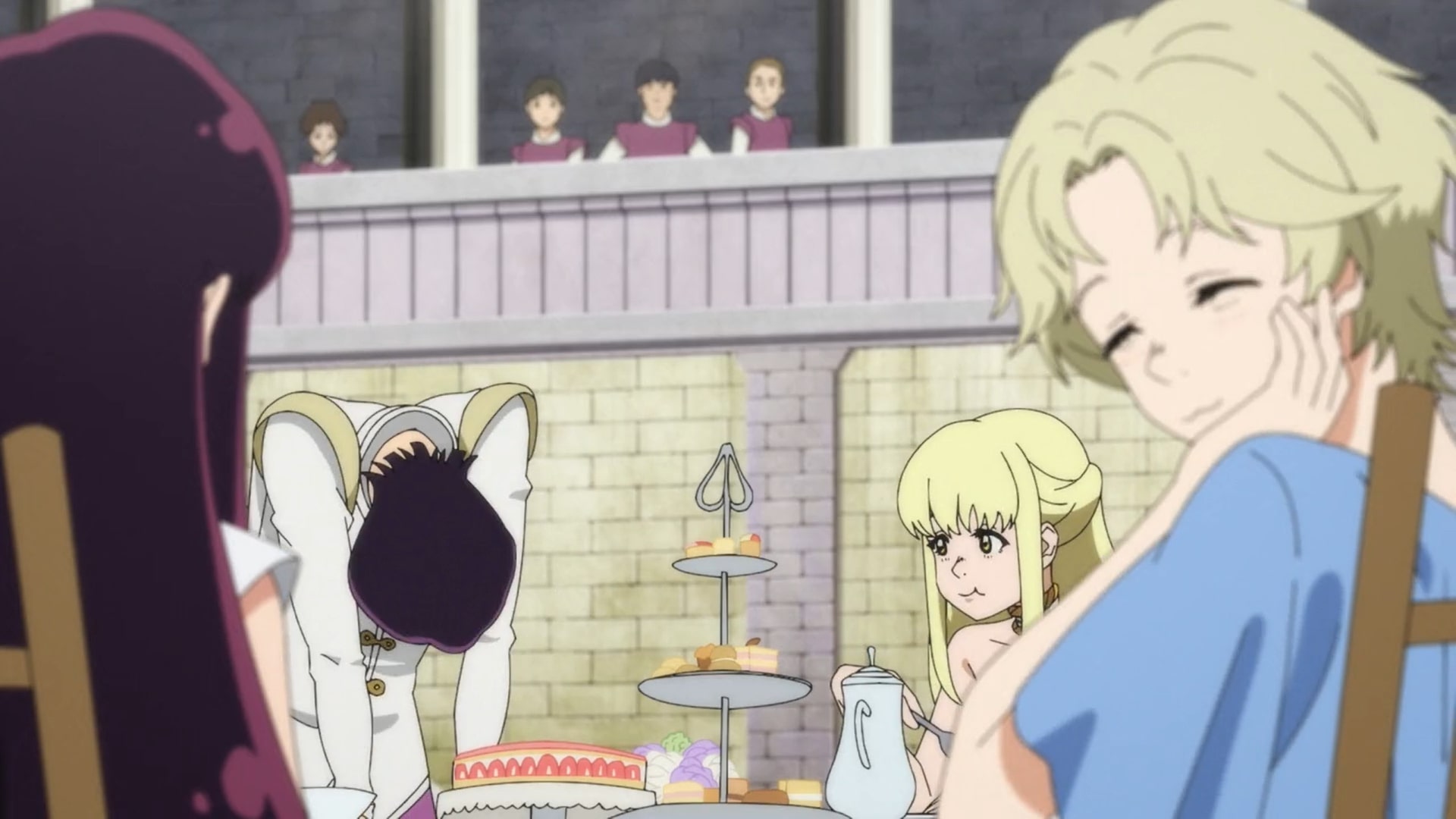 The moment when Bon was about to be executed, Fushi flew over the crowd and sprinkled the medicine from above. Everyone was unconscious for a moment and he saved his friend just when the blade was about to cut his throat. He left behind a fake dead body to fool everyone and later returned to the Uralis Kingdom with Bon, who met his family just after they returned from his funeral. Now, this was an opportunity for him to start a completely new life and Bon decided that he was better off without the burden of aristocracy on his shoulders.

When Bon later saw Iris (i.e., Todo), he is shocked as he recalls meeting her when he was young. It turns out that Iris’ father used to work as a tailor for Bon’s family but there was a rule that the prince was not allowed to meet a female outside the immediate family. After she was asked to leave, she broke into the castle when she was young and left behind a handkerchief for Bon. But looking at her present state Bon refuses to recognize her, which naturally disappoints Iris. However, they later appear to slowly resolve their differences.

To Your Eternity Season 2 Episode 8 Ending: What Do The Nokkers Want? Where Do They Plan to Attack Next?

Just when Fushi is about to leave the Uralis Kingdom, he recalls that he hasn’t seen Kahaku anywhere. He and Bon eventually find him in an empty room with a knife wound as he reveals that he tried to kill the Nokker. It turns out that he was disappointed because of a string of bad things that has happened just recently and blamed himself for most of them. Just when he is talking, his hand starts moving on its own and scribbles “Don’t Kill Me” on the ground with a knife. 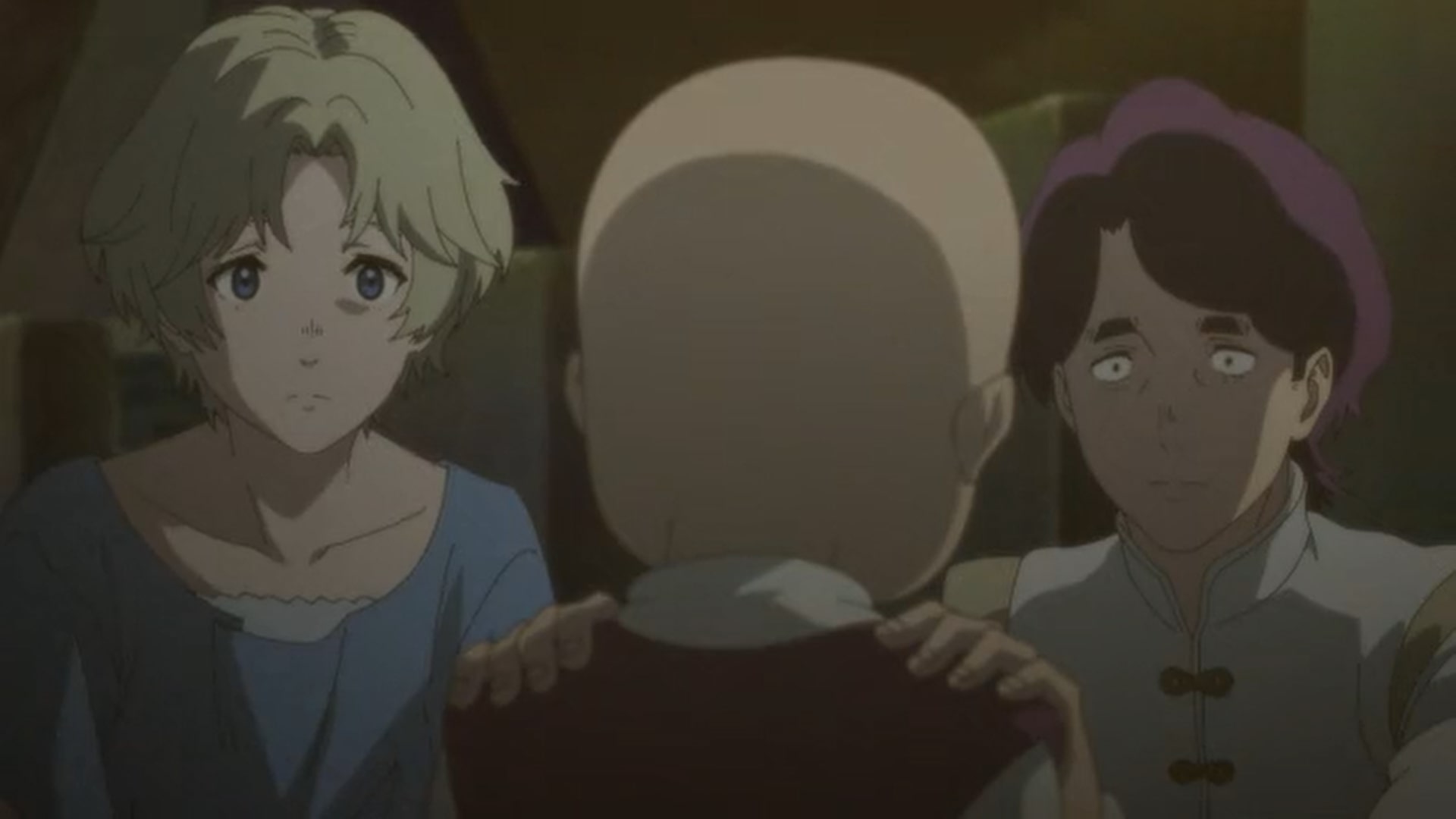 It turns out that the Nokker on his hands has developed the ability to communicate by writing, which is something Fushi has wanted too. Fushi asks the Nokker to tell them what the Nokkers wanted if he wanted not to be killed. The Nokker answers this question by simply saying that he wants to help everyone. He goes on to elaborate further that the black one that created them has imprisoned his friends. When Fushi inquires where his friends are kept, the Nokker points toward Bon. However, he wants to imply that his friends are imprisoned in Fye.

Bon concludes from this that the Nokkers as souls themselves want to free people’s souls too. The Nokker on Kahaku’s hand agrees and goes on to claim that this was not murder as he and others like him were merely freeing people from painful and heavy flesh. It even argues that people can be free in death, which makes Kahaku smile sarcastically. The Nokker then confesses that it hates Fushi and the Black one (i.e., Kansatsusha) for making flesh immortal. 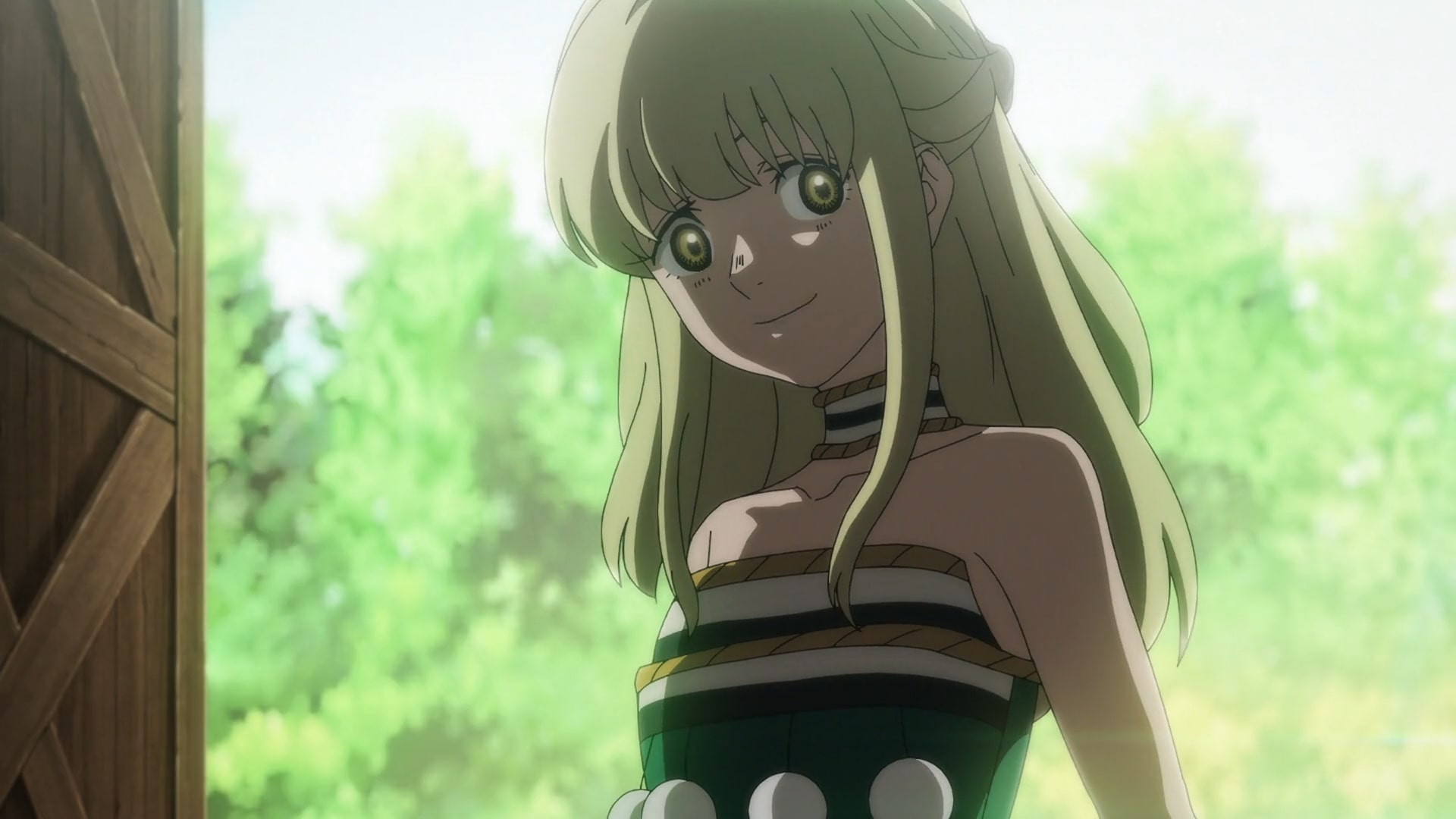 It later reveals that the Nokkers are going to attack the head church of the Church of Bennett. This comes as shocking news to Fushi and his friends who know that it will be hard fighting them somewhere they are hated so much. But in order to save people’s lives, Fushi prepares to visit the head church as soon as possible so the Nokkers can be defeated. Bon tells Kahaku that this is not the right time to disband the Guardians and he must prepare them for the oncoming battle.