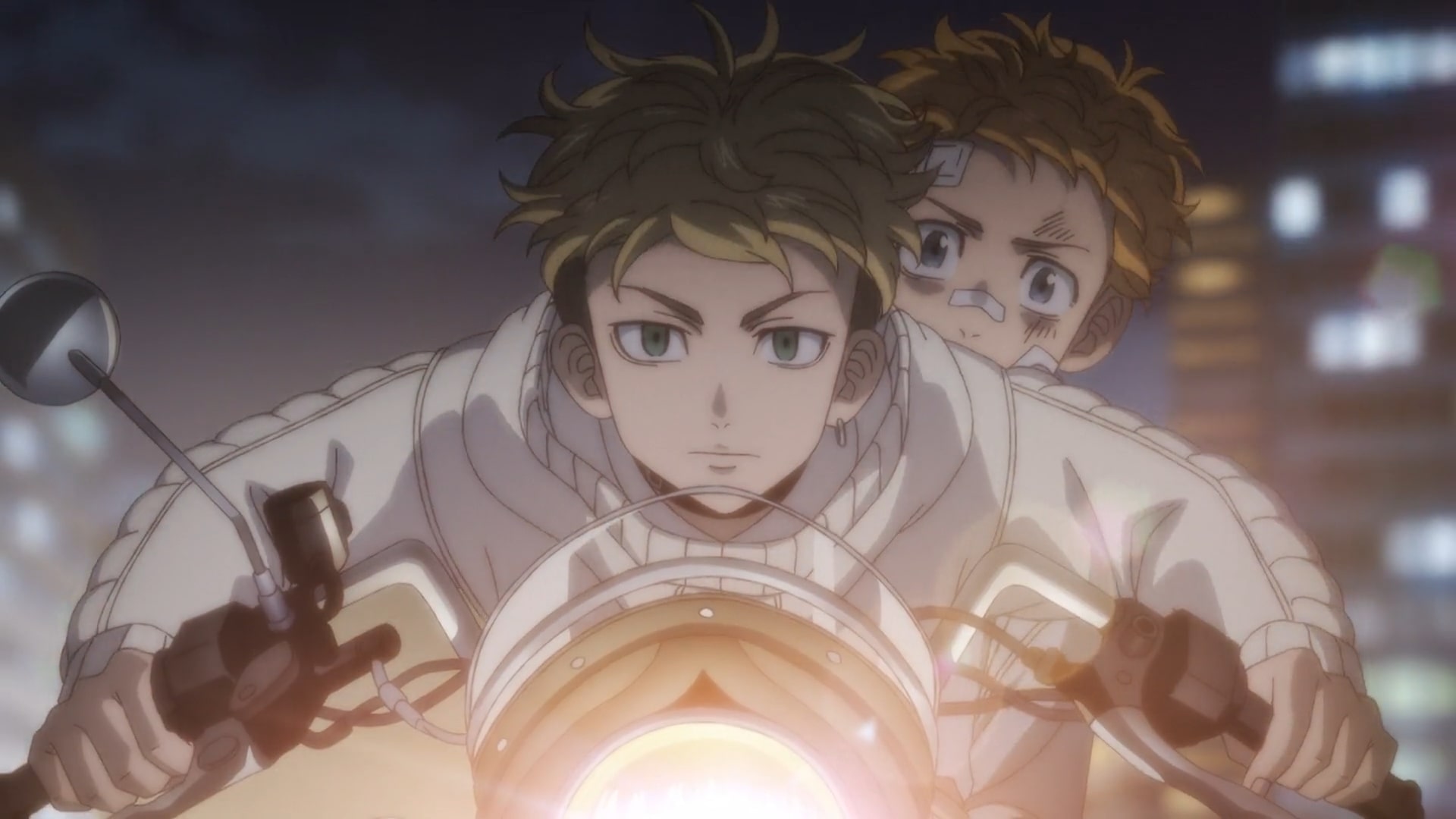 After Hakkai gets frozen up in his position unable to follow his brother’s instructions, Taiju decides to take matters into his own hands and starts beating up Takemichi relentlessly. He does not show any mercy until Hakkai offers to kill Toman. This eventually saves Takemichi’s life who finds Tokyo Manji Gang members in his room after regaining consciousness. The leader of the First Division is shocked to see some of the faces that are now working under him. 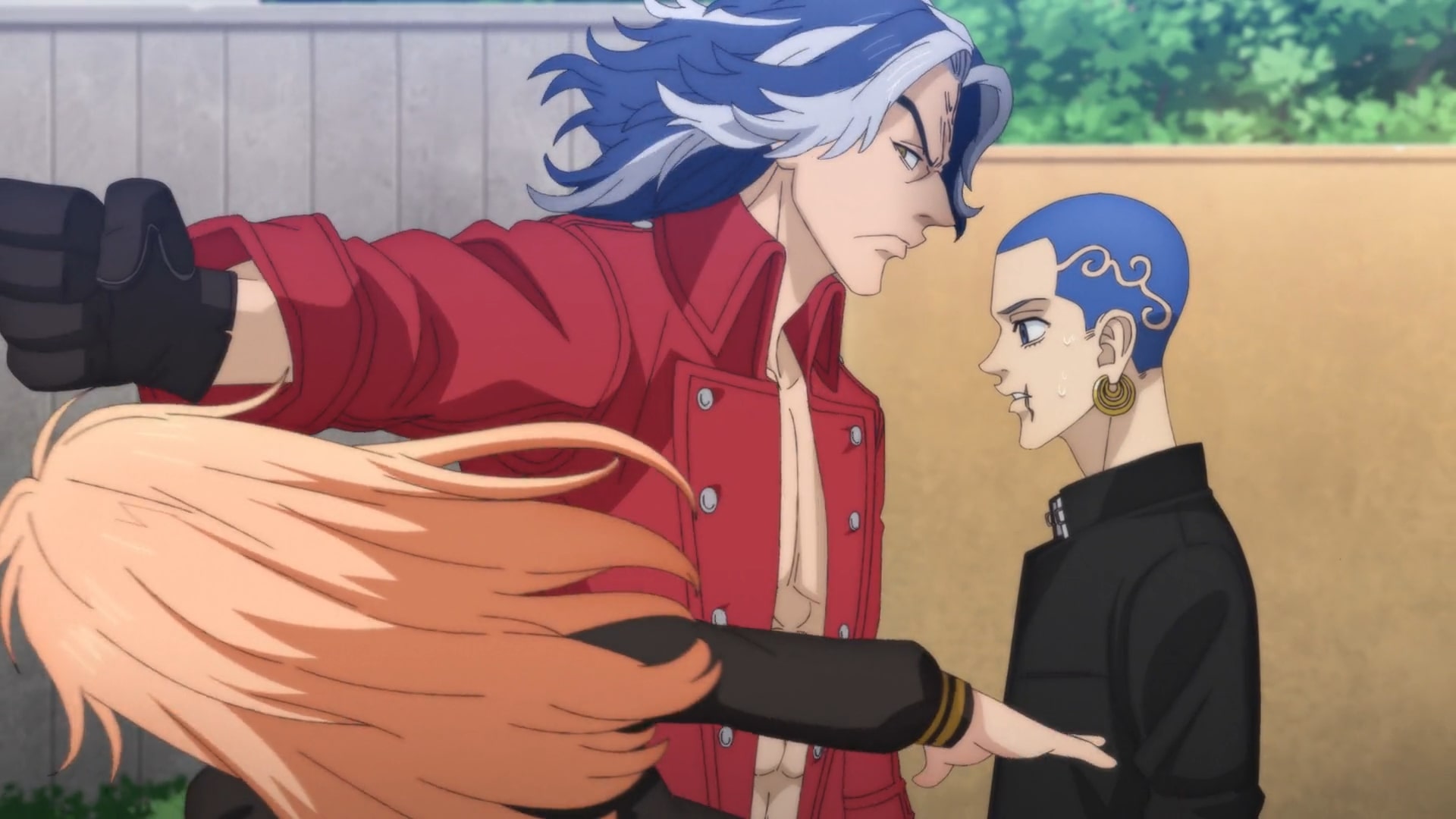 But when he finally realizes that Chifuyu is also in the room, he appears to show some emotion. It is evident from his reaction that he desperately wants to save his friend this time after losing him in front of his own eyes. Interestingly, Chifuyu tells the story of Toman’s inception and it turns out that the gang was formed following Kazutora’s unfriendly confrontation with Black Dragon members on their turf. Toman at one point had destroyed the ninth generation of Black Dragon but things changed drastically after that.

Once Taiju Shiba took over, he worked extremely hard to give the tenth-generation members of the motorcycle gang rigorous military training. All of this was funded through smart business relations that he has established over time with powerful people in the city. Therefore, Toman is highly unlikely to destroy Black Dragon again. Interestingly, Takemichi rejects all help and reveals that he plans to resolve the conflict on his own following which Chifuyu takes him to a secluded location so that they can discuss things further.

Tokyo Revengers Season 2 Episode 3 Ending: Does Takemichi Revel to Chifuyu That He is From the Future? Why Does Chifuyu Trust Him?

After Chifuyu takes Takemichi to discuss things further, the latter tells his friend that he knows that he does not want him to handle everything on his own. Interestingly, Chifuyu was not thinking about the situation from that perspective and reveals that he just wants them to enjoy the whole thing. Looking at his friend’s face, Takemichi could no longer muster the courage to keep everything secret especially when Chifuyu is willing to go as far as putting his life on the line for him. Therefore, he ends up spilling out every small detail of the events that have happened over time and becomes quite emotional. 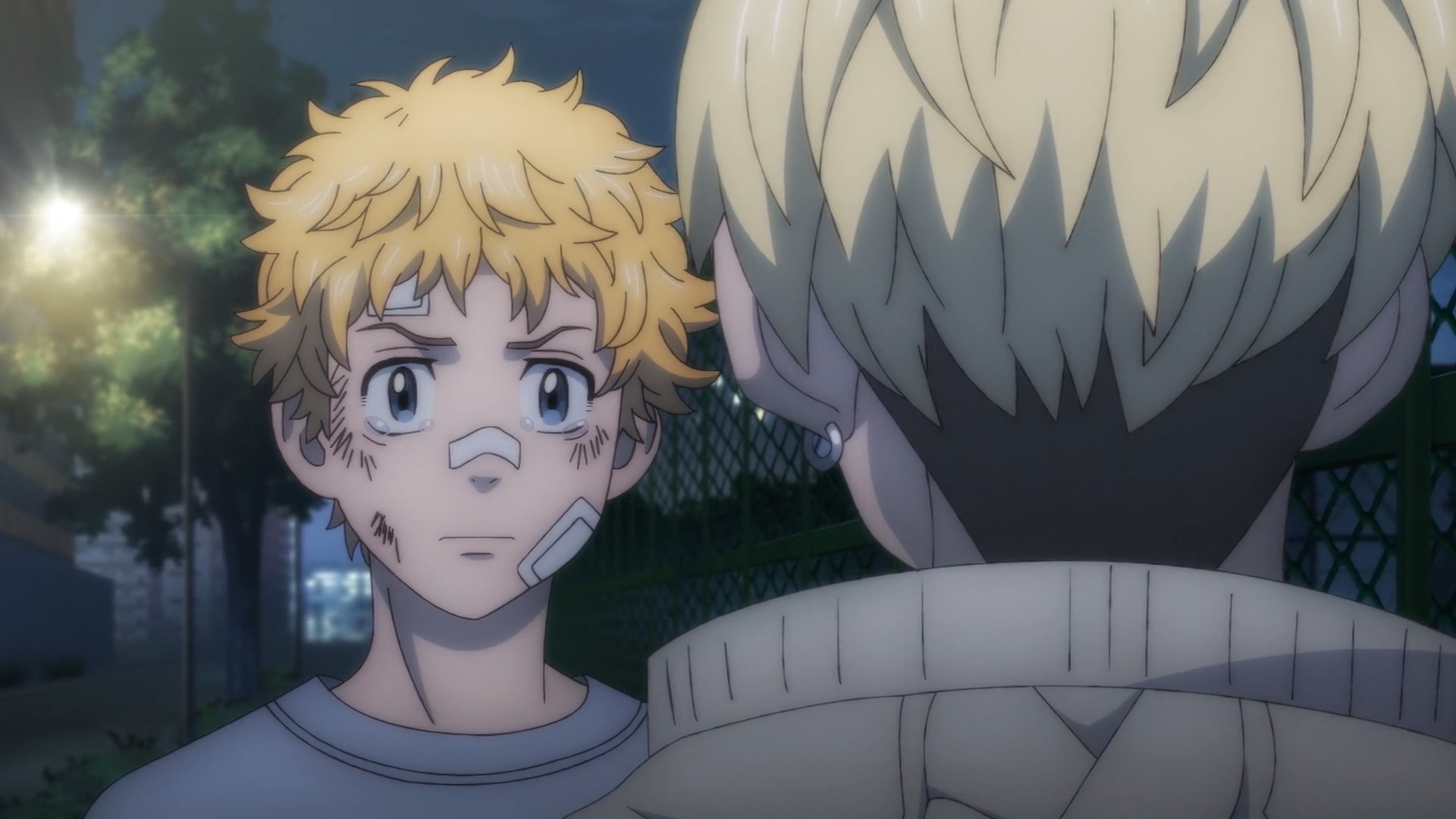 Chifuyu listens patiently and initially pretends not to trust him. But then he recalls Takemichi acting weirdly in the past, especially when he told Baji not to die before the fight with Valhalla. All such incidents add up to make sense only in the content of Takemichi being from the future, who knows what is going to happen. He gets a little pissed at the fact that Kisaki is going to kill him in the future and he has been Baji’s enemy all this time. While he comes to terms with the implications of the truth that is revealed to him all of a sudden, Takemichi seems relieved that he now has someone that he can at least rely on.

Why Does Takemichi Not Want Hakkai to Quit Toman? Does Mitsuya Accept His Resignation?

The day after Chifuyu learns the truth about Takemichi’s selfless efforts to save others, a meeting is held by Toman to discuss the future course of action in light of Tajiu Shiba’s unforgivable actions. Ken feels that Taiju Shiba beating up is a direct declaration of war, so Toman should not just let it slide. Other members of the gang are shocked that Hakkai is the younger brother of Black Dragon’s current leader. 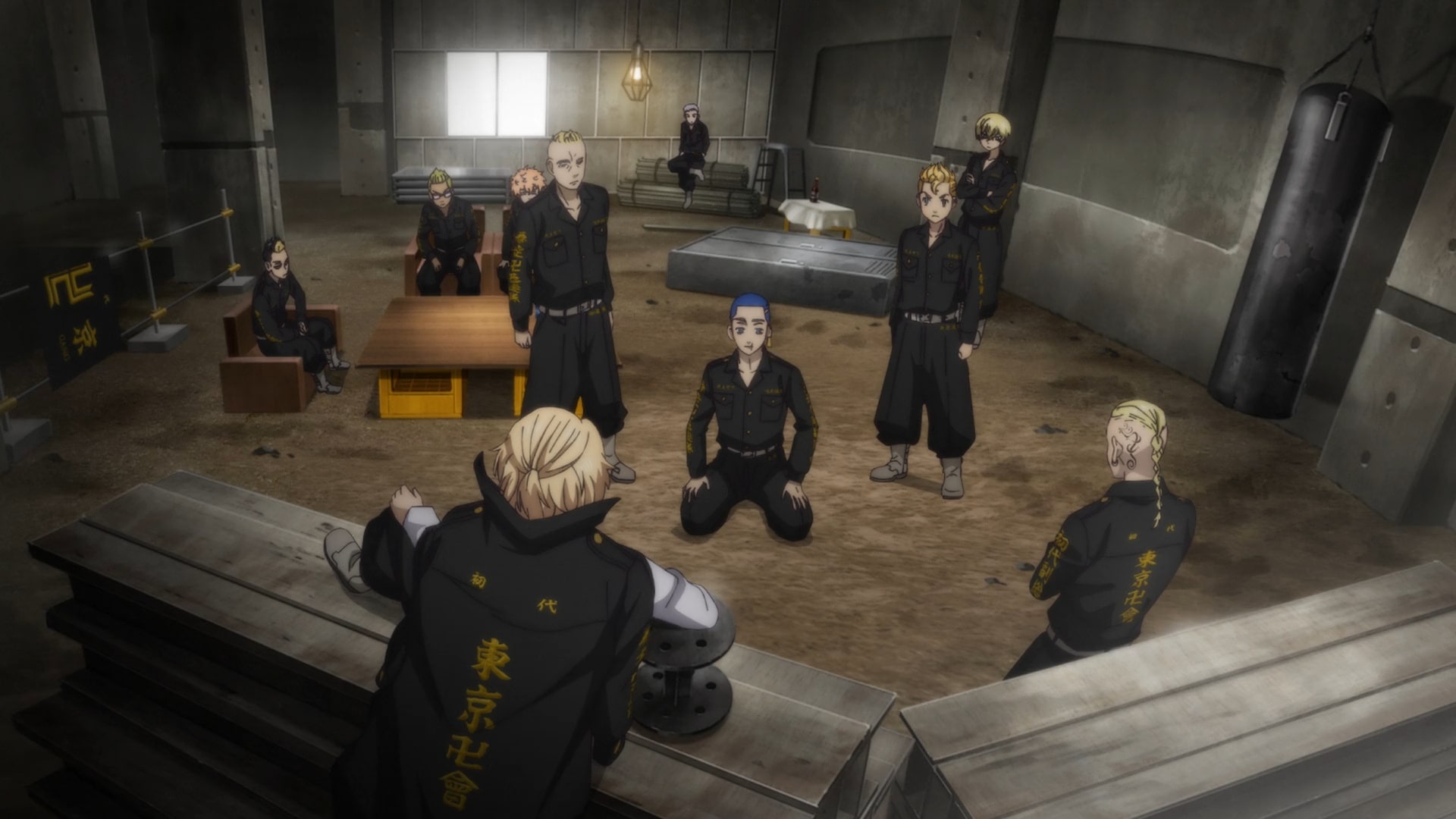 Although some feel that they should the crush motorcycle gang as they had already done in the past, Mistuya reminds everyone that the ninth generation was nothing in comparison with the present generation. That’s when Hakkai sits on his knees in front of everyone and takes responsibility for what happened with Takemichi. He accepts any punishment that Toman decides to give him and also seeks permission to be allowed to leave the gang.

Takemichi recalls that Chifuyu had told him that it will be critical that they stop Hakkai from leaving the gang since their failure will eventually lead to him murdering his brother and becoming the leader of Black Dragon. Unfortunately, Takemichi does not have any concrete arguments to make in favor of Hakkai, so he feels helpless. Mikey refuses to make the final call on Hakkai since he had worked under Mitsuya’s leadership. Interestingly, Hakkai feels that his leader will accept his decision to quit Toman but Mitsuya surprises him by refusing to let him go.