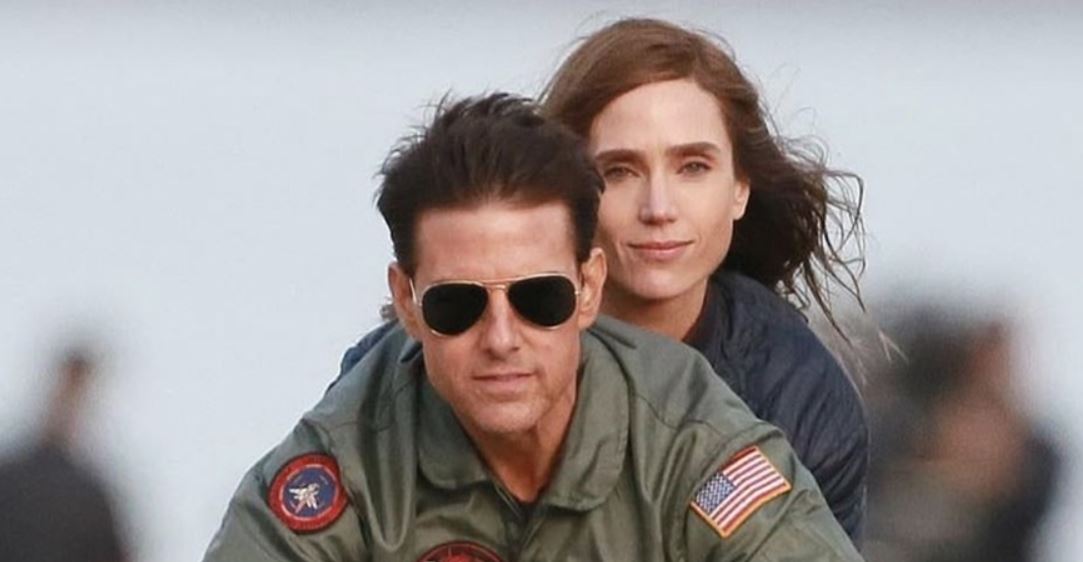 Paramount has dropped the first trailer for the long-awaited sequel ‘Top Gun: Maverick‘ on Thursday. The action-packed first look features Tom Cruise’s return as his iconic fighter pilot, Captain Maverick. With his characteristic leather jacket, sun glass, the beast-like bike, shirtless beach volleyball, fire-brand punchlines, and breathtaking flight sequences, Tom Cruise is all over the trailer! On the same day of the trailer release, Tom Cruise made a surprise appearance at the Comic-Con to unveil the first look.

The trailer opens up into the roar of jets before a familiar voice starts chanting, “You should be at least by two-star admiral by now.”

“Yet here you are, a captain. Why is that?” asks Ed Harris’ character.

“It’s one of life’s mysteries, sir.” replies a seasoned Maverick who had seen a lot in his life in the skies.

Rapid shots of blasts, pacing jets and references to the 1986 flick ‘Top Gun’ follow. The clip also introduces newcomers Jon Hamm, Miles Teller and Glen Powell, among others. Jennifer Connelly and Lewis Pullman round out the cast.

“Aviators are back, the need for speed,” Cruise said in a previous conversation about the second installment of his breakout film. “We’re going to have big, fast machines. It’s going to be a competition film, like the first one … but a progression for Maverick.”

Earlier, John Hamm also teased a few things about the action epic such as “never before seen” visual effects fiesta and breathtaking visual shot in 6K.

“They’re using some technology on this that is never before seen,” Hamm told Collider. “We’re shooting the movie in, I think, 6K. So it’s incredibly hi-def. The aerial footage is mind-blowing. And it’s mostly practical. There’s not a lot of CG. Those guys are really up in planes and getting thrown around in multiple Gs.”

“I think it’s gonna be, for the people who love the first movie I think it’s gonna’ be very interesting to watch,” he added. It very much takes the story in a different direction. But I think for the new fans it’s gonna be something very cool, too. I’ve seen some of the footage, it is out of this world.”

“The end is inevitable, Maverick,” Harris’s character says in an ominous tone in the trailer,

“Maybe so, sir, but not today,” retorts Top Gun!