Where Are Tom Kolman’s Kids Today? 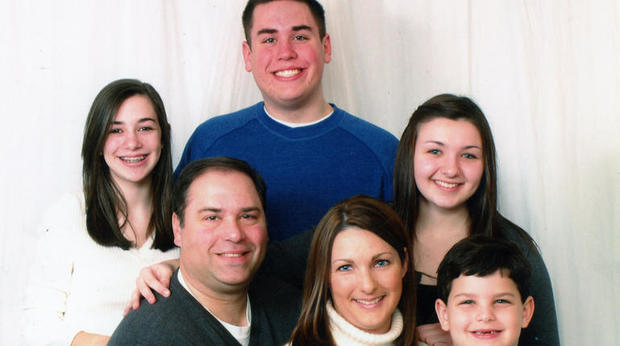 The Kolman family’s world got split apart quite suddenly on November 29, 2011, when Thomas Kolman was found dead in his car in the parking lot of his usual gym after not having turned up for work that day. The 44-year-old of Village Drive, Saugerties, New York, was a physical therapist in the town and a family man through and through. He was well respected and loved by everyone who knew him, no matter how little, so it was no surprise when condolences flooded through.

However, the worst part came after that, his loss was devastating, yes, but the possibility of it being a murder, and what transpired after that was even more distressing. The family all suffered too, but the people who got affected the most were his children, who, within the blink of an eye, had to grow up without the gentle touch and guidance of their father. We saw a glimpse of all this on NBC’s ‘Dateline.’

Who Are Tom Kolman’s Kids?

Tom Kolman was the father of four children from two marriages, Bradley, Jillian, and Ryan Kolman, along with Brooke Hines. Bradley and Jillian were living with their mother, his ex-wife, Michele Kolman-Weber, and her new family in Colorado at that point, so when they heard that their father, who seemed perfectly healthy, had passed away, they were obviously shocked. Even Michele, who had been divorced from him for 12 years but still remained close couldn’t believe it. We can only imagine what Linda, his then-wife, and their kids were feeling like.

Tom’s eldest, Bradley Kolman, took the loss the hardest. He was in pain and incredibly upset, but the worst was part was that he wasn’t able to understand what was happening. And, because the family was being kept in the dark by the police about the investigation, he wasn’t even able to find the answers there either. A few weeks after Tom’s first death anniversary, Bradley attempted suicide with over-the-counter sleeping pills. He had said, “I just wanted to go to sleep and wake up with Dad.” And, three months later, at the age of 18, he killed himself.

Where Are Tom Kolman’s Kids Now?

Ryan Kolman and Brooke Hines, don’t really come out in the public eye. But, Jillian, she has made a few appearances to talk about what happened to her father, and how she has dealt with it. Instead of letting the sadness break her, she has somehow turned it into a drive, a drive, she says, to make her father proud. She knows that no matter what happens to Gilberto Nunez, the once prime suspect, it still won’t be enough to bring her father back, or her brother, so she carries them within her every day, with the hopes that she is doing good and honoring their memory.

In 2019, Jillian graduated from Colorado State University, and now, she is working at a social organization by the name of Alternatives to Violence. Similarly, like her sister, even Brooke Hines is working to make the world a better place. As far as we can tell, she is a coordinator at a non-profit organization that provides safety and shelter to women and children in New York. (Featured Image Credit: Linda Kolman / CBS News)