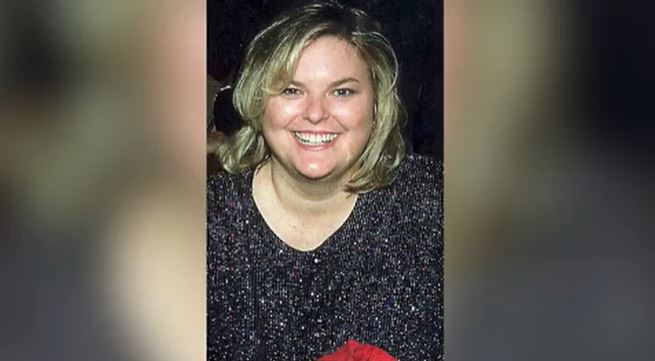 Investigation Discovery’s ‘Grave Secrets’ is a series that delves into those horrific homicides that either transpire because a person decides to go to extreme lengths to keep some details undisclosed or whose ensuing inquiries unearth information that most would’ve wanted staying hidden. Hence, of course, its season 2 episode 3, aptly titled ‘The Shadow of the Steeple,’ chronicling the 2001 murder of Tracey Bagwell, is no different. Thus, now, if you’re curious to know all the nitty-gritty details of her case, along with what happened to her suspected killer and more, we’ve got you covered.

How Did Tracey Bagwell Die?

By all accounts, 36-year-old Tracey Bagwell was a warm, kind, and loving individual who not only cared for her family but also about her community and its future at the time of her sudden passing. The single mother was a University of Central Florida graduate and happily served as a foster care caseworker at the Department of Children & Families (DCF) in Rockledge. Tracey genuinely enjoyed her job, so it came as no surprise that she rushed out of her home at 10 p.m. on June 5 after receiving a page related to the same. Her recent Caribbean vacation had her rejuvenated, too.

On that fateful 2001 evening, Tracey found herself in the parking lot of the First Baptist Church on Magnolia Avenue, Merritt Island, where, at roughly 4:20 p.m. the next day, she was spotted lifeless. She was still wearing her seatbelt in the driver’s seat of her 1997 green Nissan Maxima but was cold and bloody. In fact, as per her autopsy, she had been stabbed in the head and chest more than 30 times. Tracey’s belongings mostly appeared to be with her remains, yet the one thing that was missing was her pager, which she carried everywhere. Therefore, the hunt for her killer began.

Within mere hours, investigators zeroed in on their only suspect, 50-year-old Candice Fiore, Tracey Bagwell’s DCF co-worker and supervisor. After all, at around midnight, they had dialed her pager number, only to receive a return call that was abruptly cut off as soon as they answered. This call was traced back to Candice’s home, so agents staked it out to see if they could find further evidence. From there, when she left to run an errand at a 7-Eleven at 1 a.m., they followed. While one officer paged Tracey again, another kept close to Candice, and that’s when they knew she had the device.

Candice was subsequently taken into custody for interrogation, especially since there was a bandage on her left arm to soothe a sharp slash and her shoes had bloodstains on them. Still, she denied having a hand in her co-worker’s killing and continued to maintain her innocence for the two hours she was at the precinct. Ultimately, once Candice declined to answer any more questions without a lawyer, she was let go due to a complete lack of concrete evidence. She never even remarked upon why or how she came into the possession of Tracey’s beloved pager that apparently incriminated her.

Is Candice Fiore Alive or Dead? How Did She Die?

The morning after Candice Fiore was freed by the authorities (June 7), at about 8 a.m., she was found unresponsive in her mother’s swimming pool. As per reports, the supervisor fell/jumped from a second-floor balcony, hit her head on the pavement, and then found herself in the pool shortly after dawn. There was a suicide note inside the residence, driving detectives to believe she died because she was afraid she’d be charged with murder. In the subsequent search of her home and work life, although it was insisted that Candice was a well-liked individual, her apparent motives came to light.

It turned out that Candice, who had access to the social security reserves of over 50 foster children, had managed to embezzle more than $100,000 in cash, toys, electronics, and property. Sometimes, she would even forge her boss’ and co-workers’ signatures (including Tracey’s) onto requisition forms to achieve her goal. However, when Tracey was asked about one of her supposed forms in late May, and she explained that the signature was not hers, the DCF executives became aware of the misappropriations. As per officials, Candice murdered Tracey in order to cover up her tracks and then ended up taking her own life.