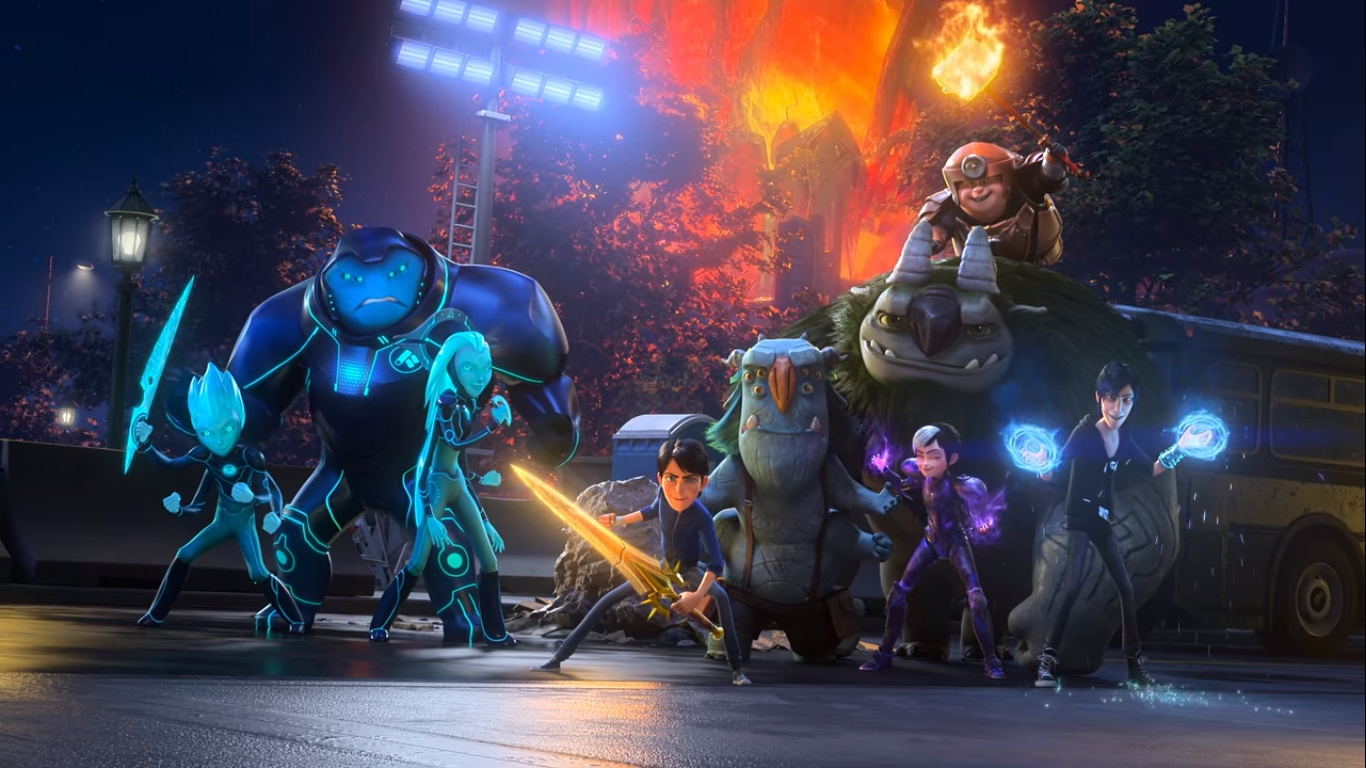 Directed by the trio of Johane Matte, Francisco Ruiz-Velasco, and Andrew Schmidt, ‘Trollhunters: Rise of the Titans’ unfolds an exciting and uplifting fantasy world before the viewers’ eyes. The animated fantasy saga provides a fitting conclusion to Guillermo Del Toro‘s original tripartite ‘Tales of Arcadia’ series. Beginning a year after the events of ‘Wizards: Tales of Arcadia,’ the story follows Jim Lake Jr. and his motley team as they embark upon yet another journey to save Arcadia.

The Arcane Order (of diabolical demigods) is plotting to destroy and recreate the world, and Jim must rise to the occasion and prove his worth as the rightful owner of Merlin’s Amulet. As the film comes to an end, viewers are surprised and amazed by the mind-boggling final twist. Some questions obviously need further probing, and if you are having a hard time decoding the final moments, consider us your ally. SPOILERS AHEAD.

Our multi-eyed troll friend Blinky Galadrigal breaks down the story so far in a prologue. In the Battle of Killhead, the good-hearted trolls sided with humans, whereas the evil trolls, or Gumm-gumms, sought to destroy humankind. Merlin Ambrosius, the omnipotent wizard, forged the Trollhunter Amulet, then passed it on to trolls after trolls to vanquish the Gumm-gumms. Meanwhile, trolls settled in the underworld of small-town Arcadia Oaks.

Trollhunter Kanjigar the Courageous was assailed in a battle with Bular, which led the amulet to choose its first human owner, Jim Lake Junior. Jim teamed up with his human friends, Claire, Tobias, Eli, and Steve, and other magical creatures, and they saved the world numerous times. But now, the amulet is destroyed by the Arcane Order, a covenant of ancient demigods. However, Nari of the Eternal Forest, a member of the Arcane Order, has defected to the side of the guardians of Arcadia. 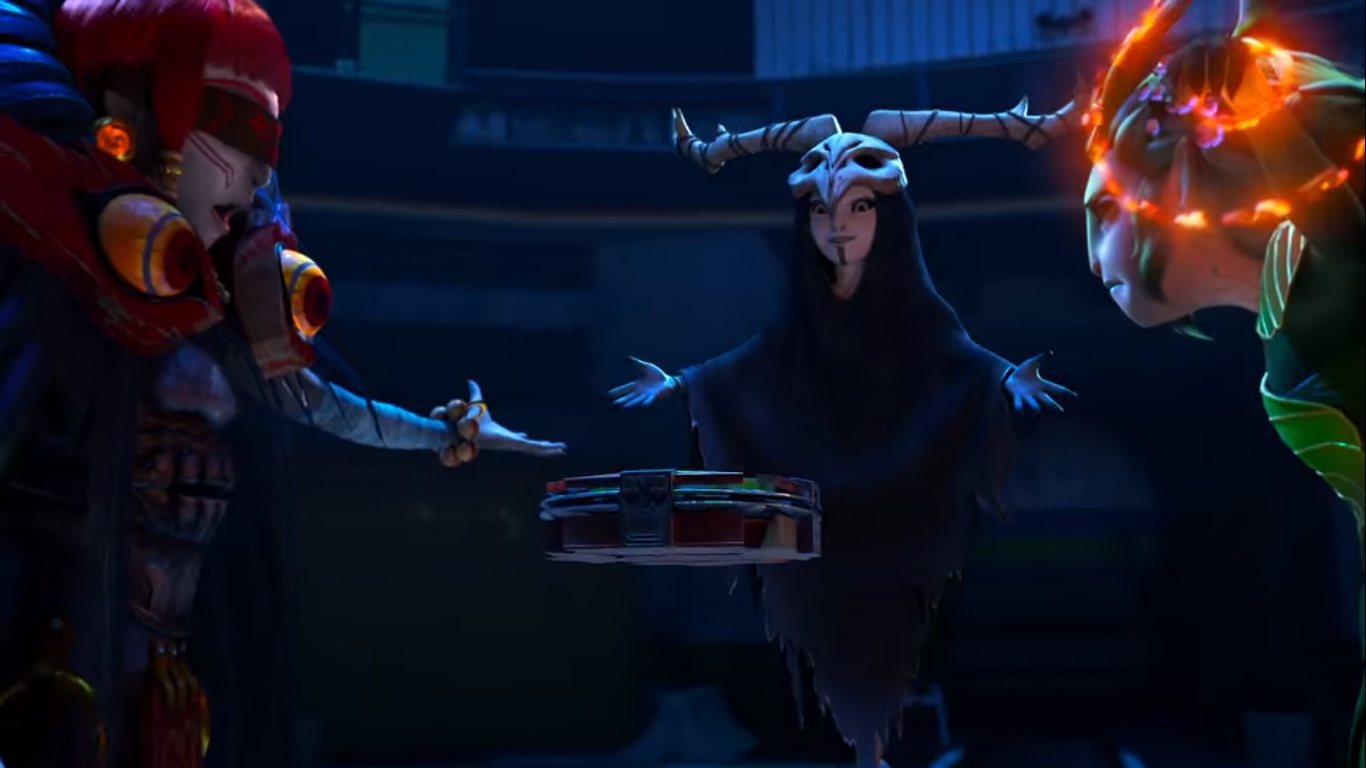 The present story begins with Nari and Douxie traveling in a metro. Arcane Order members Skrael and Bellroc give them a visit. Claire opens a shadow portal, making the guardians of Arcadia appear on the scene. Jim gets busy fighting Bellroc while Toby, Archie, and Blinky try to stop the train that has gone out of control. Stuart, the alien, appears with his truck and the un-magic generator, while Douxie creates magical rail tracks to save people’s lives.

The Arcane Order members take Nari with them, but Douxie and Nari alter bodies, and they end up taking Douxie in Nari’s body. The other members are arrested, but they make a spectacular exit. After the change of heart, Changeling professor Strickler is now engaged to Jim’s mother, Barbara. We meet Krel, Aja, and Eli, who has become the first human to be accepted as an Akiridion. Steve kisses Aja for the seventh time and becomes pregnant.

We get to know that Arcadia is the center of the universe. Douxie’s magic is fading, but Nari tells the team before returning that a trollhunter can make the ninth configuration while a Krohnisfere makes it right. The amulet is broken, and Jim is unsure if he is a trollhunter anymore, but he is destined to be a hero. Aja gives him the new amulet, but it is not of much help. The Excalibur, however, has a similar stone that can make things right.

Archie goes to his dragon father, Charlemagne, and they team up with Blinky and Claire to obtain the Krohnisfere. In the meantime, the Arcane Order has come together to awaken the three titans. As the titans come to life and advance towards Arcadia, Jim and his friends must find a way to stop them before the Arcane Order recreates the world.

Trollhunters: Rise of The Titans Ending: Is the Arcane Order Defeated?

The Arcane Order is a team of diabolical demigods who seek to destroy the world and create it anew. They initially wanted to balance the magical and the mortal world, but their actions often brought trouble for both worlds. The trio comprises Bellroc, whose element is fire, Skrael, whose elements are air and ice, and Nari, who holds the power of vegetation. At the end of the third series, the Arcane Order has the Genesis Seals required to create the world from scratch, but they still need Nari to perform the magic. However, to their inconvenience, Nari has changed sides. 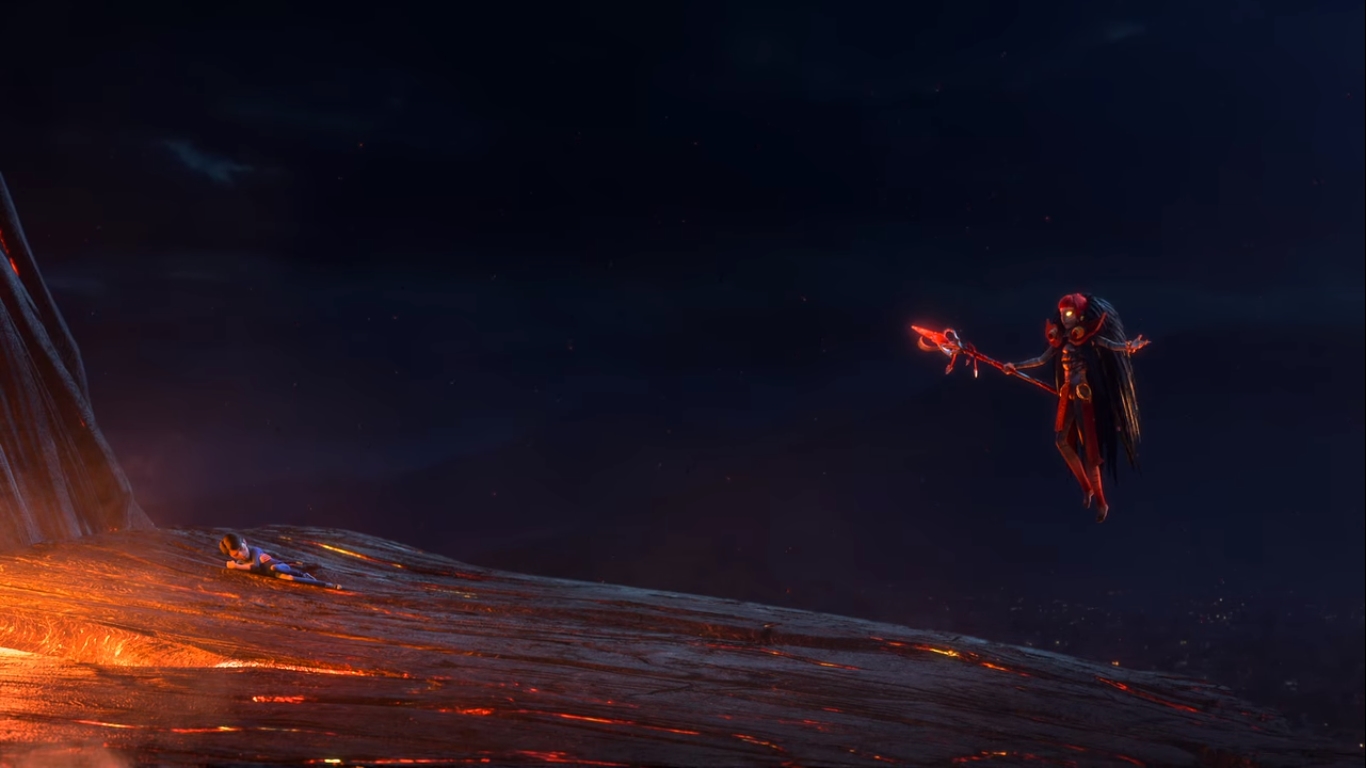 In the aftermath of the early episode at the metro, Bellroc and Skrael take Nari with them, but Douxie manages to switch bodies with Nari. Nari (in Douxie’s body) tells the group about the “Ninth Configuration” and the “Krohnisfere.” But Douxie’s spell is fading, and Nari ultimately reverts to her own body, finding herself captive by the fellow demigods. Now, they have everything to summon the titans, and thus happens the inevitable.

So, the world is almost saved, right? But there is a twist. According to Merlin’s book, if one of the titans lives, Earth would be remade from that respective element. In this case, Earth would turn into a fireball. The heroes rush back to Arcadia to see that the fire titan has already reached the town. A gruesome fight erupts, and Bellroc proves to be too powerful, but the heroes don’t lose hope. In the meantime, Stuart fixes the amulet, and it flies back to Jim. With some help from Toby and the un-magic generator, Jim finally manages to defeat Bellroc. Therefore, it seems that the Arcane Order is finally defeated, and the world remains unscathed.

What is the Time Stone?

Jim cannot detach the Excalibur, which is still stuck in the rock. In the aftermath of the battle, several of the good guys pass away. Therefore, even if the fight is won, the heroes remain somber. But by decoding the words of Nari, Jim saves the day. Nari spoke about a “Ninth Configuration” that would reinstate the power of the Excalibur. Jim figures out that the ninth configuration is actually the nine heroes – Aja, Krel, Varvatos, Steve, Eli, Toby, Claire, Blinky, and AAARRRGGHH!!! When the friends band together, Jim easily takes the Excalibur out, and with it, the amulet stone.

Stuart goes to fix the amulet while Jim tackles Bellroc. The amulet comes back, and Jim wins the battle, but Toby has taken a hit. Nomura, Nari, and Strickler have also bitten the dust. Jim refers back to Nari’s words, which now diverts his attention to the Krohnisfere. After poking the Krohnisfere with the Excalibur, Jim gets the Time Stone. One may wonder about its nature and powers. So, what does the stone do, exactly? Before her death, Nari cryptically said that time unfolds differently. After an epiphany, Jim understands that the Time Stone holds power to revert time. The stone works, and Jim wakes up back in the pilot episode. But a final twist changes everything.

Is Toby Alive? Is He the Next Trollhunter?

Toby may have no superpowers (other than moral support, of course), but he is one of the most endearing characters of the franchise. His character provides some inopportune comic relief in the middle of tense fighting sequences. In the final fight with Bellroc, Jim incurs a blow despite getting back the amulet. Toby reaches the scene with Stuart’s van and unleashes the un-magic generator, defeating Bellroc. As the Heartstone collapses, Toby gets buried underneath. Jim rushes to save him, but maybe it is too late. After a heartfelt speech, Toby breathes his last. 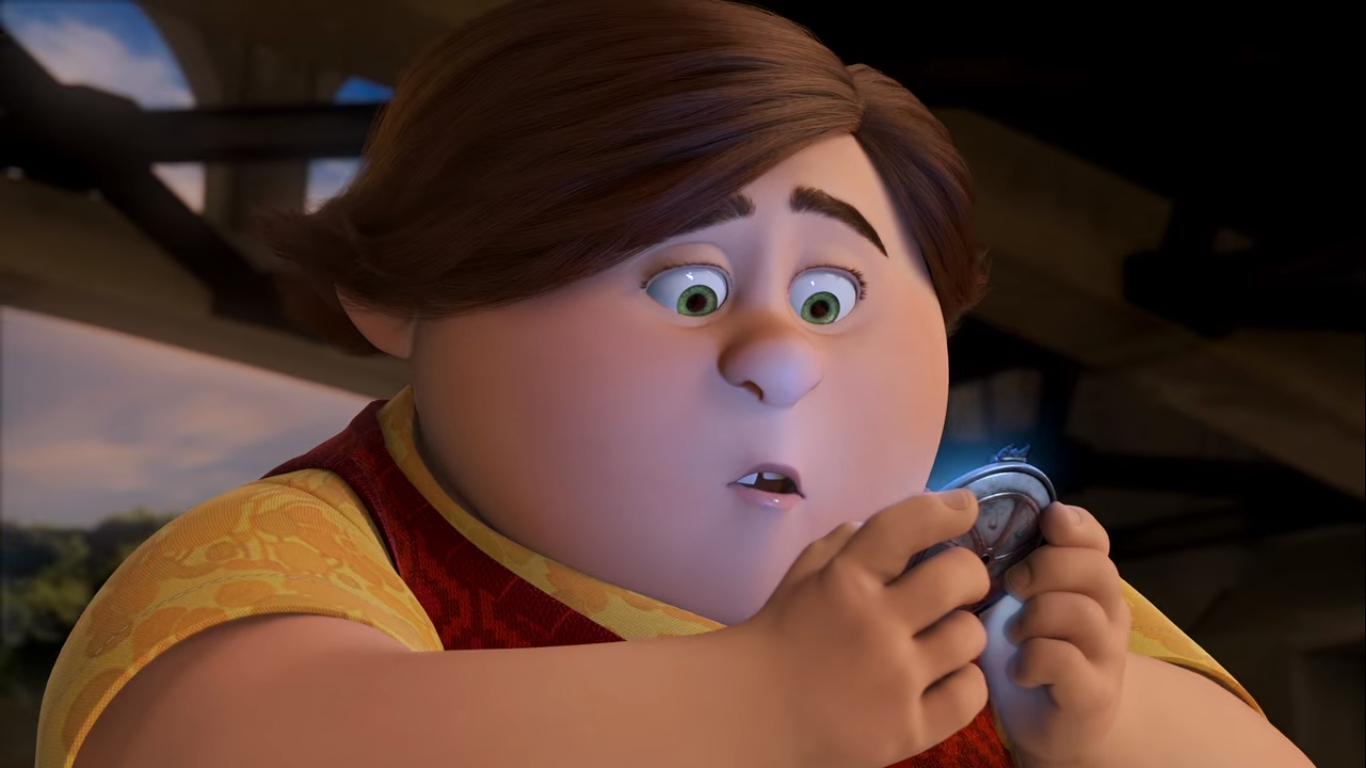 Toby is relentlessly optimistic, maybe even to a flaw, and his death paints the ending with a somber note. But that is not the end of it. As Jim goes back in time, he finds Toby outside his home. However, he is a bit late to arrive on this timeline. Well, an awesome surprise awaits the viewer. In this timeline, Toby reaches the scene of Kanjigar’s death, and the amulet chooses Toby this time. Therefore, if the story progresses onward, we may see Toby in the newly-ordained role of the trollhunter.