Who is Turtle on The Masked Singer? New Clues and Guesses 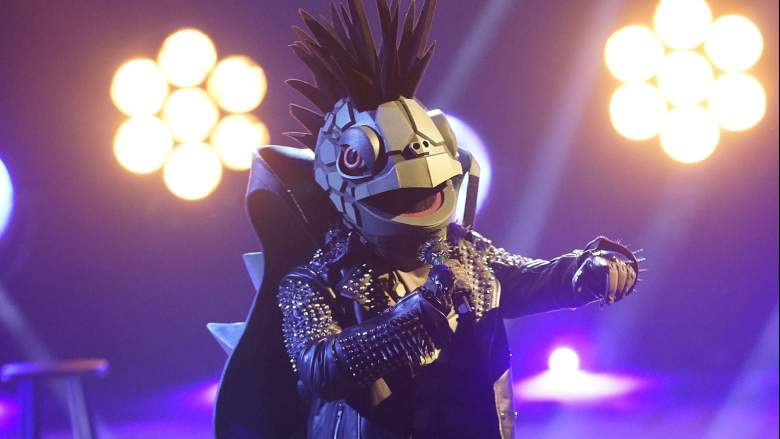 Turtle is one of the best performers in ‘The Masked Singer‘ Season 3. There is no doubt that he’s got the style to go along with a beautiful singing voice. Dressed in a punk leather outfit, Turtle has regaled us with renditions of romantic songs. The group stages have been smooth sailing, and the Super Nine posed no problem for the Turtle either.

Going up against the Astronaut was the first real challenge, but he managed to get the better of the talented Group C performer as well. Now, as Turtle heads to the Battle of the Sixes, he is easily a frontrunner to win the season of ‘The Masked Singer.’ Naturally, it has raised questions about who Turtle is. We have got you covered with the latest clues and guesses.

Who is Turtle on The Masked Singer: Clues

Turtle walks us through some clues in the singalong episode. We see a can of pop, a surfboard, and the Shellboy comic book. Turtle refers to ‘boy band’ once again, in the package. He states that he chose the love ballads to show that he has a softer side, despite the punk outfit. However, Turtle smartly sped things up with a more catchy number so that audiences could get a range of his talent.

Ultimately, Turtle says that nothing should hold him and his fans back. He also emphasizes how he’s focused on choreography to ensure the audiences have a fun viewing experience. Check out the clue package below.

Turtle on The Masked Singer: Guesses

Based on the clues we are reacquainted with, in the clue package, there is little doubt that Jesse McCartney is Turtle. The surfboard refers to his stint in the series, ‘Summerland.’ The can of pop is a rather general nod towards Jesse’s reputation as a pop star.

Ultimately, the comic book is one of the most significant clues. We see ‘The Amazing Adventures of Shellboy,’ which is a made-up comic. However, Jesse does voice the character of Dick Grayson in ‘Young Justice,’ the animated series. Moreover, if you think back, the comic book in the clue package had $10.13 on the cover. Notably, Jesse voiced Dick from 2010 to 2013. You can check out a fan’s tweet, who’s guessed Jesse is Turtle, based on the superhero clue.

@JesseMcCartney is the turtle on the Masked Singer, I’m calling it. He had a super hero reference when they showed a comic book and he’s the voice actor for Robin/Dick Grayson in Young Justice 🧐🤓

Furthermore, the singalong package once again sees Turtle referring to baseball. He holds a baseball bat in his hands, saying that he decided to give strong performances right off the bat. In the face-off stage, when Turtle’s luggage is scanned, we see a baseball glove, which could be a tip of the hat to the performer’s favorite sport.

Netizens seem rather convinced that Turtle is Jesse McCartney. You can check out a tweet where a fan has given a thorough rundown of the clues, which helped them reach a conclusion.

All clues seem to point towards Jesse wearing the Turtle mask. However, he is also one of the strongest contestants and expected to remain in the competition for some time. Therefore, we can expect more clues that will help us accurately determine the identity of the Turtle.