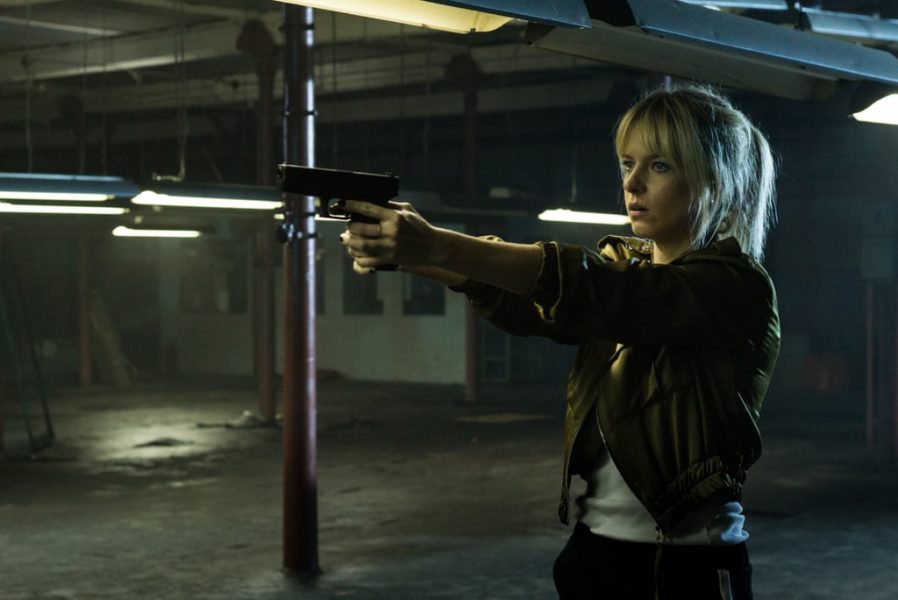 What does it take to solve a case? Sharp-mindedness? Resourcefulness? Acute knowledge of law? The cops have all these things, right? They have everything at their disposal, they are trained for their job. But there are times when they fail us. There are times when they overlook information, or just don’t have enough to go on. There are some who simply don’t take their job seriously, and there are also the ones who want to do something but are bound by the same law that otherwise gives them their power.

In times like these, especially when you are the one who has been wronged, you wish you could take over control. When so many things go wrong around you, there comes a time when you find a way to take matters into your own hand. Netflix’s Polish drama, ‘Ultraviolet’, follows the story of such a group of people and explores the challenges of working your own cases outside the law and what happens when that inevitable clash comes around.

The first season of ‘Ultraviolet’ introduces us to Ola Serafin, a woman who has been through too many tragedies to be hopeful about anything. The case of her brother’s death has pitted her against the cops, and she has accepted the fact that they are incapable of getting the job done. She finds refuge in a group of civilians from different walks of life who dig out cold cases and have succeeded in solving them, years after the cops abandoned them.

The second season begins with the system addressing the presence of the Violets and ordering the cops to not collaborate with them. Michal is discharged from the hospital; however, he hasn’t fully recovered yet- neither physically nor mentally. Meanwhile, Ola welcomes her cousin from America who is one of the shared beneficiaries of the tenement house that has been in their family for generations. However, when her cousin dies under mysterious circumstances, and once again, the cops dismiss it, just as they had her brother’s, she turns towards her team to prove that something shady is going on there. What drives her further is her brother’s wife Ilona’s connection to the case.

Television is full of police procedurals. The genre is one of the, if not the, most common ones on our screens, and some of them have proved to be extremely successful. Over the years, the writers have used all kinds of tropes to make the police procedural dramas more than just that. The success of another show in the list depends on what new twist they can bring to the story of the lead characters, what overarching arc they can provide to keep the audience interested while throwing at them one individual mystery after another.

‘Ultraviolet’ certainly brings something new to the table while also playing the clichés of the story. The first season is a breeze of fresh air. The characters are charismatic and instantly likeable and you like the humour and a pinch of romance infused in their story. The second season, however, doesn’t live up to the precedent set by the show’s maiden season. One of the, and perhaps the most important, reasons for it would be the sudden departure of one of the leads. The first season had invested a lot of time in developing their relationship with the protagonist, but with that twist, which seems more disappointing than heart-breaking, it all goes in vain.

To keep the scales balanced, another character is brought in the fray; however, the transition feels forced. They have thrown a character out of the blue, and while we do like him, his interaction with Ola doesn’t seem as natural as it did with the other. If it is just for the sake of the romantic interest, it doesn’t work nearly as well as it did with the previous character. Moving on to the nature of the cases, the flair of the first season fades with every episode. The ones that directly tie in with the main arc breathe some life into it, but the imaginative tenor that the previous season benefitted from is lacking in this one.

But it is not all bad things. In the first season, ‘Ultraviolet’ had been busy with building the story for Ola. She was the one who held all the cards, and all the cases had been about her character development. This time around, the show focuses on other characters as well. We see their individual stories get more screen-time as compared to before. Now, Ola is not the only one who has something to lose, she is not the only one with stakes in a case. We get more grounds to explore their stories. Overall, ‘Ultraviolet’ returns for an enjoyable second season, but when compared to the first one, it falls short.