Under Fire Ending, Explained: Does the East Bank Station Get Shut Down?

Directed by Joost Wynant, Netflix’s action series ‘Under Fire’ revolves around the East Bank fire station, located in the city of Ostend, Belgium. The Dutch-language series follows the lives of the firefighters and paramedics working at the station, their interventions to save lives, and the conflicts they confront to save their station from getting shut down. When one of the interventions goes wrong, Captain Patrick Sinnaeve investigates the same, only to find out startling information concerning the hydrants used in the rescue mission. The series, originally titled ‘Onder Vuur,’ ends with the aftermath of Patrick’s investigation, and here’s everything you need to know about the same! SPOILERS AHEAD.

‘Under Fire’ begins with Patrick leaving the East Bank station to join the fire department headquarters as a promoted captain. Dominique Meersman, a former lover of firefighter Orlando Foncke, gets posted as the new lieutenant at the station. Dominique and other firefighters try to extinguish the fire in a retirement house and save people from the building. A firefighter named Gio Kaplan try to connect the pipes to several hydrants, only to not receive water from any of the same. Gio’s colleague Henri Maenhout grows suspicious about the waterless hydrants and asks Patrick to look into the issue. Patrick compares the old and digitalized maps of the city’s hydrants to find some discrepancies.

Tom Lateur joins the East Bank station as a new firefighter/paramedic after the suspension of Steve, the assistant to the lieutenant at the station. Nina Gonzales, a firefighter at the station, breaks up with Steve thinking that he is leaking confidential information concerning the station to the press. She also starts to share a bond with Tom without knowing about his past. Tom had got into an accident before joining the station. Since he had consumed cocaine at the time, he couldn’t save the victim. Tom’s friends threaten to reveal the same to the police if he doesn’t help them to smuggle drugs. Nina comes to know about the smuggling affair and asks Orlando to intervene.

Orlando saves Tom from his friends. Orlando and his colleague Vincent Knockaert write the assistant’s exam and Vincent passes the same. However, the firefighters alienate him for leaking information concerning the station to the press, although he has good intentions. Vincent, while saving a man from a drowning car, gets trapped in the vehicle and dies. Dominique fails to find a place in her boyfriend Geert’s family since he hasn’t moved on from the death of his wife. She buys a new apartment for herself. Boris Weber, the driver of the fire station truck, starts to nurture feelings for 9-1-1 operator Katrien.

Tom meets Jitske, who became blind after she was hit by him in the aforementioned accident, as a volunteer. To do the very minimum he can, he becomes her companion. But when she realizes that Tom is the one who hit her, she asks him to leave without forgiving him. Boris gets shocked to eventually know that Katrien is paraplegic. Still, he overcomes his doubts to start dating her. Katrien helps him pass his physical test as well. Orlando’s son Noah falls from a boat, scaring him and Maaike. Henri and Tom arrive at the place and save him.

Under Fire Ending: Does the East Bank Station Get Shut Down? Why Weren’t the Hydrants Connected?

No, the East Bank station does not get shut down. When Patrick goes to his superior Gilbert concerning the discrepancies in the maps of the hydrants, the latter suspends Patrick to silence him. He also reveals that he will merge the East Bank station with another station, putting an end to the sole operation of the station. By suspending Patrick and threatening to shut down the station, Gilbert tries to put an end to his dear friend’s investigation against him. As someone who knows Patrick’s financial concerns and his attachment to the station, Gilbert thinks that he has done enough to save himself from any trouble.

However, the files Vincent finds in Gilbert’s computer lead Patrick to the truth about the disconnected hydrants. Following Patrick’s instruction, Dominique finds documents concerning Gilbert’s involvement in the predicament. As a major in the fire department, Gilbert must have sold and directed the pipes with groundwater, that were supposed to be connected to the hydrants, to a company for financial gain. Since the documents were signed by him, it is evident that he is behind the whole affair, possibly with his superiors as his accomplices. Patrick’s conversation with a city planner makes it clear that water is a highly valuable resource for Gilbert and his possible accomplices to sell.

Since Dominique manages to lay her hands on the documents, the same gets exposed, revealing Gilbert’s involvement in the crime. The fire department subsequently decides against shutting down the East Bank station or merging it with another station, most likely fearing public scrutiny. After the disgrace Gilbert has caused, they may not want to close down a station whose officials revealed the truth about the hydrants to stir suspicions in people’s minds.

Does Tom Leave the East Bank Station? Does He End Up Together with Nina?

When Nina comes to know about Tom’s accident, his use of cocaine, and his plans to help smuggle drugs, she grows distant from him. The realization that Steve didn’t leak information concerning their station to the press further makes her question whether leaving him was an appropriate decision. Upon realizing how much his lies have hurt Nina, Tom confesses everything he has done to Dominique and requests his resignation. After losing Nina and risking his colleagues’ lives, he believes that he shouldn’t continue working at the station. However, both Dominique and Nina think differently. 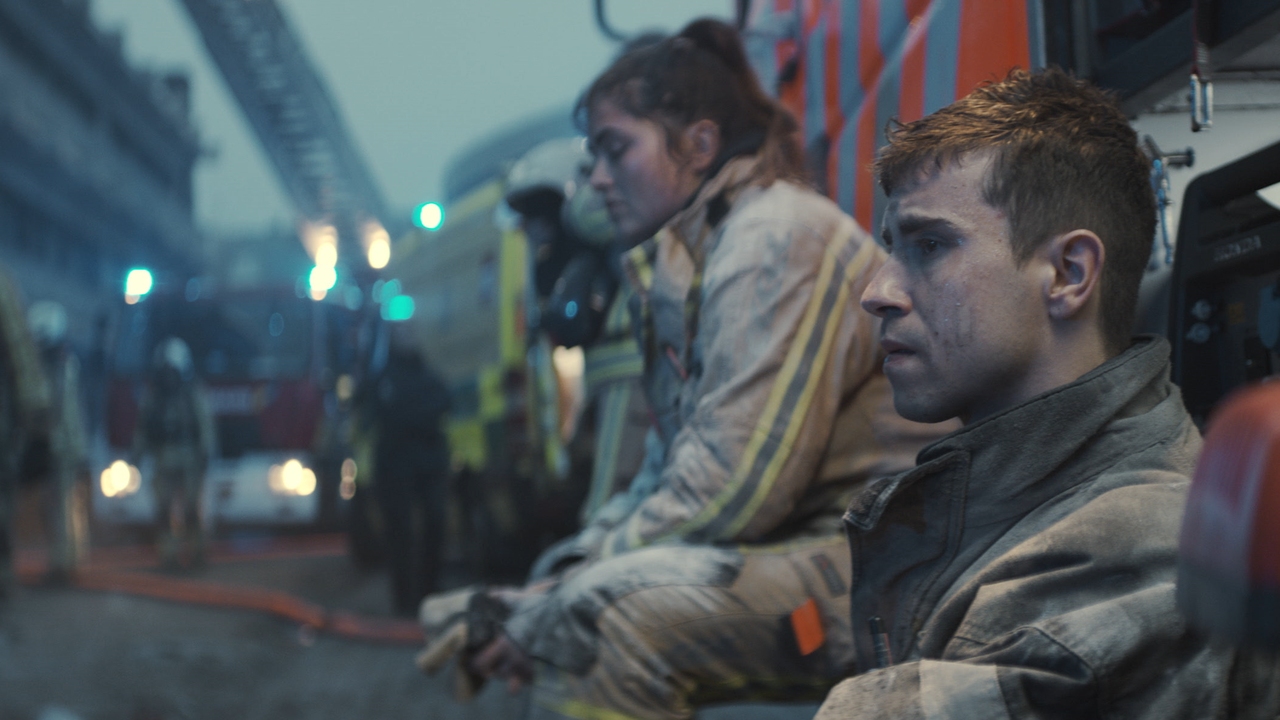 Dominique asks him to continue working at the station since her superior Gilbert cannot sign his resignation request. Furthermore, she believes in Tom, which leads her to send him to save Noah when the boy falls from a boat. Since Tom truly regrets his actions, Dominique may give him an opportunity to turn his life around by not accepting his resignation request. Nina also acts kindly towards him after he opens up about his life to her and Dominique. Even though they may not end up together right away, she may consider welcoming him back into her life upon seeing the change in him.

Do Orlando and Maaike Get Back Together?

Yes, Orlando and Maaike do get back together. After losing their daughter, the husband and wife gradually got separated. Orlando failed to come to terms with his daughter’s death, which made him not even attend her funeral. Maaike, on the other hand, failed to tolerate his behavior, which created tensions between them. However, they gradually get together after re-establishing communication for the sake of Noah. When Henri’s niece Emma disappears, Orlando realizes the value of one’s loved ones, which leads him to Maaike and Noah. Maaike gets to see the tender side of Orlando on the same night.

When Vincent dies, Orlando realizes that he should come to terms with the death of his daughter as well. He visits her grave with Maaike. All these actions make the wife realize that Orlando is changing enough to be a tolerable husband again. Noah’s accident further brings the couple closer as they understand the importance of being there for their son together.

Read More: Is Under Fire Based on a True Story?