Under Her Control Ending, Explained: Is Beatriz Dead?

Netflix’s ‘Under Her Control,’ also known as La jefa’ (‘The Boss’), is a Spanish-language thriller film. It deals with themes such as immigration, immigrant exploitation, surrogacy, and motherhood. The plot primarily revolves around two women. Self-made millionaire and fashion label owner Beatriz (Aitana Sánchez-Gijón) is an icon of her industry, a more relatable version of Miranda Priestly. Sofía (Cumelén Sanz), an ambitious immigrant from Buenos Aires, idolizes Beatriz. After she gets the chance to intern at Beatriz’s company, Sofía devotes herself to her work and lands a permanent job. But then, she discovers she is pregnant and becomes afraid she will be fired. This is when Beatriz makes her an offer that she can’t refuse. Here is everything you need to know about the ending of ‘Under Her Control.’ SPOILERS AHEAD.

Under Her Control Plot Synopsis

An immigrant from Argentina, Sofía has come to Madrid seeking a better life. She lives with her boyfriend Nacho (Alex Pastrana), an up-and-coming realtor. It is later revealed that Sofía doesn’t have a college degree. But that doesn’t stop her from applying for the internship at Beatriz’s company. She lies about her credentials. But it is through her remarkable presence of mind that Sofía impresses Beatriz and secures the internship.

It doesn’t take Sofía long to prove her value to Beatriz, who offers a permanent position to the younger woman, making Sofía believe that life will improve from here. However, she then discovers that she is pregnant and becomes afraid that she will lose her job. Her fears are only increased when she is tasked to fire a new mother.

Sofía is a devout Catholic. She briefly considers having an abortion and speaks about it to a Priest, who makes it clear to her in no uncertain terms that it is considered a sin in their faith. Ultimately, she decides against it. She also doesn’t tell Nacho. Following an incident, Beatriz finds out. After speaking to her lawyer and gynecologist friends, Beatriz offers to take care of Sofía through her pregnancy and be the child’s mother afterward. It’s not necessarily surrogacy, so it’s not legal. Sofía agrees to stay with Beatriz through the pregnancy, so the outside world will never know about their arrangement. For all intent and purpose, Beatriz will be the child’s mother.

After ensuring that she gets double of the initial offer from Beatriz, Sofía signs the contract. She also gets the assurance that she will still have the job when all this is over. Now, the only thing left for her to deal with is Nacho. She tells him that she has to go to London for the company for six months. It’s not that she doesn’t love him. It would have been easier if she didn’t. But lying seems to come quite easily to Sofia. She still doesn’t tell him about her pregnancy. Although Nacho voices his anger and dissatisfaction with the entire thing, he can’t do much beyond that.

Beatriz subsequently takes Sofía to a house in the outskirts of the city. As they enter the compound, Sofía notices that barbed wires are being placed on top of the walls around the property. When she wakes up the following morning, she meets Tati, the Vietnamese chef that Beatriz has hired who can communicate in neither English nor Spanish.

Although Sofía initially enjoys her time at the picturesque property, she gradually comes to realize that she is a glorified prisoner, kept inside a golden cage, but a cage nonetheless. As she begins to rebel, a conflict starts to brew between her and Beatriz, which eventually culminates in violence.

Under Her Control Ending: Is Beatriz Dead?

Although the moment of Beatriz’s death isn’t depicted on screen, it’s pretty safe to assume that she dies by the end of ‘Under Her Control.’ Despite the monster she turns out to be in the course of the film, it’s not that hard to sympathize with Beatriz. We learn that she lost a baby in the past and still has a locked room in her house where she keeps all the toys she bought for her child. Now, she is older, and pregnancy for her will likely be filled with complications. Beatriz tries to date, but the results that the apps produce are rarely what she wants.

Beatriz desperately wants to be a mother, and it’s fine to feel sympathy for that part of her. However, her desperation leads her to do things that quickly turn her into the film’s antagonist. From Sofía’s perspective, Beatriz gains control of every aspect of her life. Sofía can’t leave the compound if she wants to. Beatriz claims that it’s for her own safety and to maintain the secrecy about the pregnancy. After Sofía convinces Tati to show her the secret room, Beatriz fires the Vietnamese woman, further alienating Sofía. The latter also realizes she is under constant surveillance through cameras placed in multiple areas of the house. Sofía also figures out that Beatriz has taken her phone. When she speaks to the other woman about it, Beatriz gets her a second one, but that phone can’t seem to make calls. 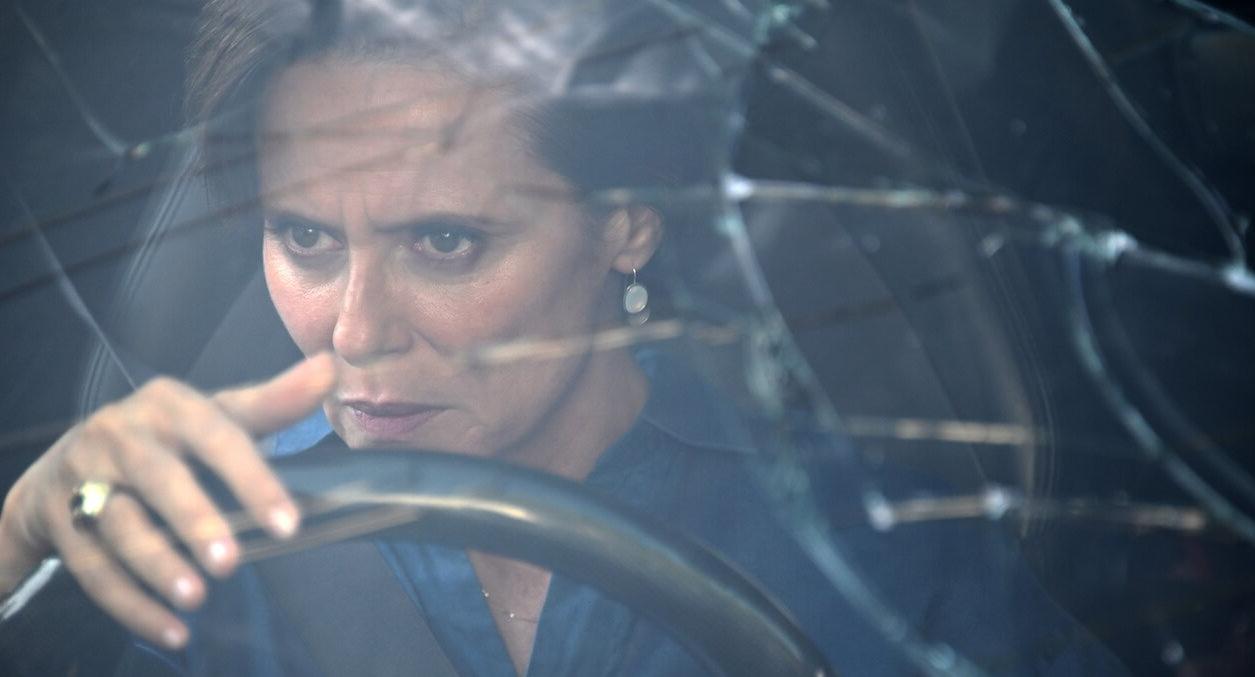 The power dynamic between these two women is heavily tilted in Beatriz’s favor. It soon becomes apparent to Sofia that she can’t leave until she gives birth to the child. Beatriz’s treatment of her rapidly worsens and reaches a point where she doesn’t even consider the younger woman as an individual.

After what happens to Nacho, Sofía reacts violently. She knocks Beatriz unconscious, ties her up, and tortures and steals from her. She returns briefly to get the dog that Beatriz has gotten for her. By then, Beatriz has freed herself. The two fight, and Sofía stabs Beatriz with the golden scissors she picked up earlier. Although we are not shown Beatriz’s death, there is a high probability that it happens off-screen.

As Sofia tries to leave with the rest of her loot, her water breaks. Soon after, she collapses on the ground, and the film ends there, without providing a solid conclusion. Given that she is in the middle of nowhere and doesn’t have a phone to contact people with, her chances and those of her child are grim. However, It’s always a possibility that someone might drive by and notice her. Luck often favors the protagonist of the story. 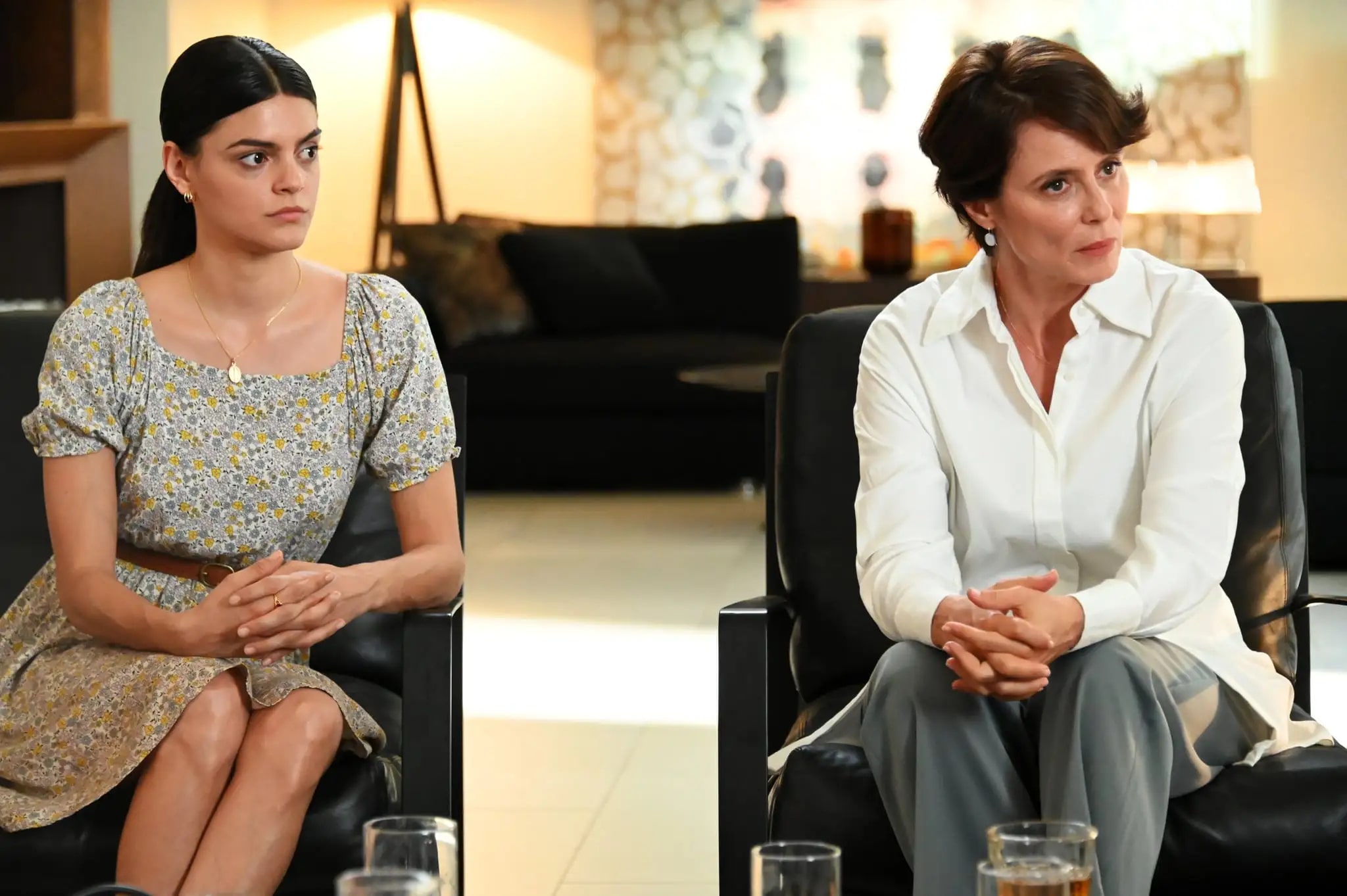 Sofia accepted Beatriz’s proposal because she felt it was the best option for everyone involved — her, Beatriz, and her child. But things eventually take a horrible turn as Beatriz’s desperation for motherhood manifests in attempts to control and dominate every aspect of the younger woman’s life. The same desperation proves to be Beatriz’s undoing. And as it seems, Sofia will suffer the same fate as well, unless something drastic happens.

Yes, Nacho is dead. He figures out something is wrong and rushes into Beatriz’s office one day and forces one of the employees to reveal the address of Beatriz’s home. His hunches are proven right. He arrives at Beatriz’s house and speaks to Sofia through the security device placed on the gate. Meanwhile, Beatriz has been informed about him. Just as Nacho tries to call the authorities, Beatriz runs him over with her car, killing him. Afterward, she hides his body and car.

Read More: Is Netflix’s Under Her Control Based on a True Story?