Under the Amalfi Sun Ending, Explained: Do Vincenzo and Camilla End up Together?

Italian director Martina Pastori helmed ‘Under the Amalfi Sun’ (‘Sotto il sole di Amalfi’) with a travel movie ambiance and a familial warmth. The narrative, taking the events forward from ‘Under the Riccione Sun,’ follows the tumultuous romance of Vincenzo and Camilla. After her return from Canada, Camilla heads straight to a dreamy vacation to the coasts of Amalfi. However, the holiday feels like a transit, as both have to fulfill their dreams and ambitions. Vincenzo has to make a drastic decision that will dictate the course of his life. The movie’s finale is jarring, and the lack of light does not help. If you want to tie loose ends, let us dissect the final moments. SPOILERS AHEAD.

Under the Amalfi Sun Plot Synopsis

Camilla is meeting Vincenzo after a year. She flies from Canada and heads to Amalfi to meet her old long-distance beau Vincenzo. With Camilla is her best friend Nathalie, who has an instant enmity with Vincenzo’s best friend, Furio. The four head to Amalfi to spend Vincenzo’s birthday at his father’s house. Vincenzo’s father, Roberto, and his mother, Irene, are separated, but they care for their son. In another event, Irene and her new romantic interest Lucio are about to head to Sicily. However, Lucio changes his mind at the last moment, driving the car to Amalfi. When families and friends come together, a celebratory tale of romance and epiphanies begin to brew.

Under the Amalfi Sun Ending: Do Vincenzo and Camilla End up Together?

Vincenzo and Camilla are the central pair in the slick travel movie. In the movie’s beginning, excitement soars as Camilla reaches the shores of Amalfi from Canada. Vincenzo and Camilla have been in a long-distance relationship for quite a while. Thus, Vincenzo is ecstatic to have Camilla by his side. People are extra careful around Vincenzo not to hurt his feelings and remind him of his disability. Vincenzo is visually impaired, which is why he wears a pair of black glasses. When he goes out for a stroll, Camilla calls up Irene. Irene is on a surprise vacation in Amalfi with her fiancee Lucio, but Vincenzo does not know about that.

When Camilla calls her up, Irene reaches the scene in an instant. Vincenzo is agitated that he has to be schooled wherever he goes. He is at an age past having bodyguards, but Irene worries a bit too much about Vincenzo’s condition. Vincenzo celebrates his birthday with Camilla on a private dinner date, but Furio brings more company. The following morning, Camilla and Irene make an official acquaintance. However, Camilla is sitting on the big news of getting an offer for a teaching assistantship in her Canadian college. Irene understands that Camilla has dreams to fulfill and wants Camilla to think through her decision.

In the meantime, Camilla, Nathalie, Hans, Furio, and Rebecca go biking. Vincenzo is uninvited because he cannot ride a bike. However, from a neighbor, Vincenzo gets to know that Camilla asked her to borrow the bike. Vincenzo throws a fit since he dislikes Camilla lying or hiding things from him. He becomes more upset when he understands that Camilla is afraid of him. It is the last thing Vincenzo wants. However, when everyone seems occupied with themselves, Lucio takes time out to give Vincenzo a diving experience.

The diving experience is liberating, reminding Vincenzo of the need for freedom. He sends a voice message to Camilla, asking her to fetch her dreams. In the end, the electrician employs some theatricality by turning off the city’s light. Under the full moon, Vincenzo takes Camilla to a cave, and the moment feels magical for the duo. After the epiphany, we also see Camilla giving cycling lessons to Vincenzo. In the end, they find four one-way tickets to Canada, courtesy of Furio. With the revelation, it seems Vincenzo moves to Canada with Camilla, and the family possibly follows him. Therefore, a sequel seems imminent.

Do Irene and Lucio End up Together?

Vincenzo’s mother, Irene, has her separate story arc. After a bitter divorce with Vincenzo’s father, Roberto, Irene is looking for new beginnings in life. She has always been a bit too afraid to begin the new. But she seemingly finds the courage in the end. Irene comes to Amalfi with her experienced suitor Lucio. They were about to go to Sicily, but Lucio changed the plans at the final moment. They do not find a hotel on the first night, having to spend the night in the car. However, the journey is seemingly worth it. Lucio later reveals that he wanted to come to Amalfi since he tried to ask Irene’s hand in marriage.

And Lucio sought to do so in the presence of Vincenzo since his approval is also essential for Lucio. After the diving experience, Vincenzo seemingly sides with Lucio and blesses the elderly couple to begin their lives anew. However, even after trying his best, Lucio finds Irene and Roberto getting drawn to each other. He takes a step back, leaving the hotel, leaving a note for Irene. He says he’ll make do. The concise, sad letter makes Irene chase after Lucio. In a curious turn of fate, Roberto drives Irene to Lucio’s yacht just before it leaves the quay. Irene manages to get Lucio to deboard the vessel, and in the end, they possibly end up together.

Do Hans and Nathalie End up Together? Who Does Furio End up With? 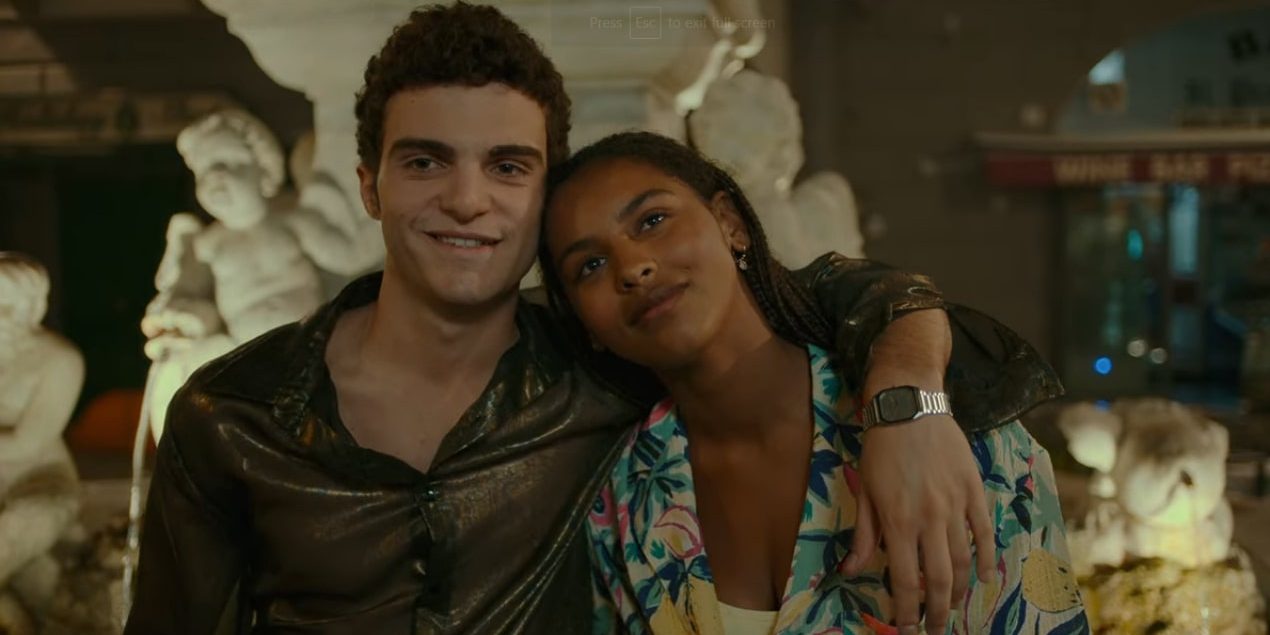 Nathalie and Furio’s fates seem obscured towards the end, or do they? Nathalie is stuck in a possible triangle equation with Furio and Hans. While Hans is conventionally beautiful with a sharp jawline and some swagger, Furio is the effortlessly funny one. From the beginning, Furio sets his eyes on Rebecca, someone way above his league. However, when being neglected, Furio learns to stand his ground. In the biking tour, Rebecca asks Furio to click a few pictures of her, then disapproves of the photographs. Furio is furious for the first time, and Nathalie develops a liking for Furio. She also confides in Furio about her deepest insecurities, including her obesity and her feelings for Hans.

After the nocturnal kiss in the hot tub, Hans also seems cold to Nathalie. And in the biking excursion, Nathalie says that Hans only cares about himself, worsening the situation. However, from Hans’ mother, Nathalie learns how he became aloof after the passing away of his father. Nathalie apologizes to Hans, and they hit it off in the end. On the other hand, Furio does not end up with Rebecca. However, he meets a young waitress named Anna. She is willing to give Furio another chance at mind-reading even though Furio makes all the wrong assumptions first. With the conjecture, Furio seems to land with Anna.

Read More: Where Was Under the Amalfi Sun Filmed?