Is ‘Underwater’ Based on a True Story? 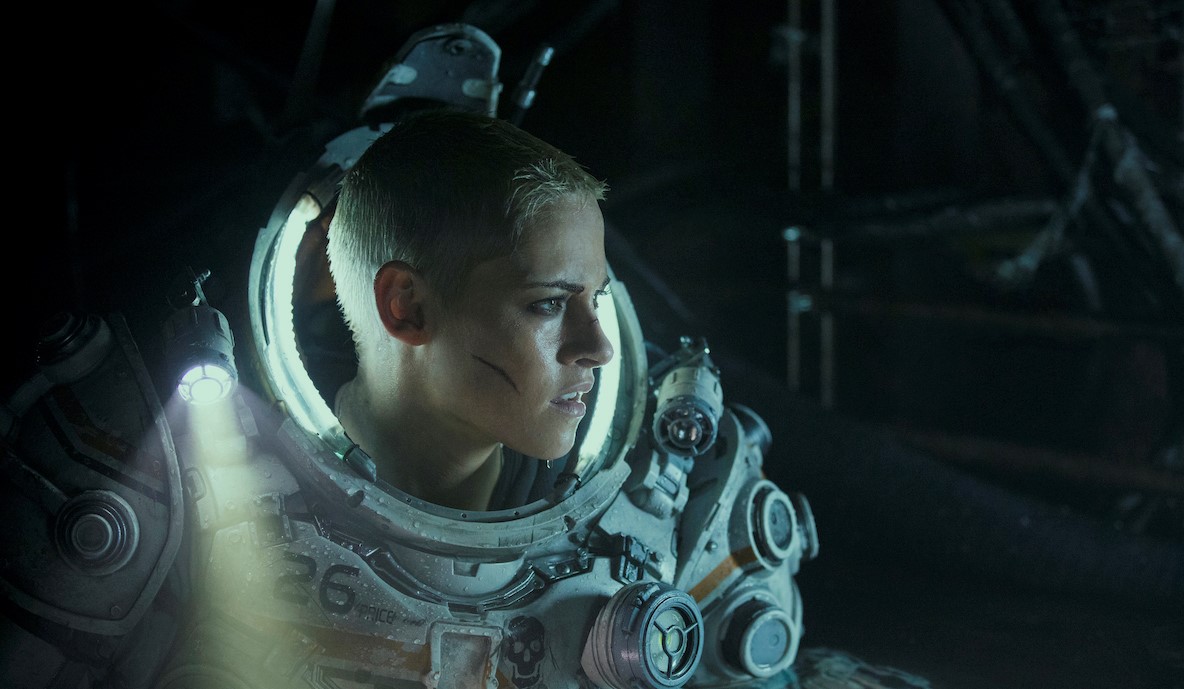 Sometimes, truth is stranger than fiction. Other times, truth is rooted in it. A genre like science-fiction then blurs these lines, pushing the limits of what the truth is, to what it could be. William Eubank’s latest sci-fi horror, ‘Underwater‘, does precisely this as it feeds on our fear of the unknown while being rooted in the reality of our times.

The film centres around a team of 6 researchers trapped 7 miles below the ocean’s surface as they soon realize that they are not alone. The film stars Kristen Stewart, Vincent Cassel, T.J. Miller, Jessica Henwick, John Gallagher Jr., Mamoudou Athie, and Gunner Wright.

Is Underwater a True Story?

A good horror is a realistic one, and Eubank’s film certainly hits the mark. It dives into the dark depths of the ocean and tackles its mysteries, creating a nerve-shredding, claustrophobic horror surrounding the dangers that lurk deep below. But is ‘Underwater’ based on a true story? To answer simply, it is not. Though like a good science fiction it is rooted in reality. The film takes inspiration from real-life mysteries and issues, along with folklores and classic creature horrors. Here’s everything we know about it.

In ‘Underwater’ a team is sent to an underwater mining station in the Mariana Trench to drill in the ocean floor. Deep-sea mining is the harsh reality of our times and an unfortunate consequence of capitalism that has driven industries to alien environments in search of valuable metals. In deep-sea mining, metals are retrieved from the ocean floor. But the process will have a devastating, and potentially irreversible impact on marine life, especially the rare deep-sea creatures.

The Mysteries of Mariana Trench

Mariana Trench is the most fascinating and the least explored place in the world. Located in the western Pacific Ocean, the trench is the deepest point on planet. The crescent-shaped trench is around 1580 miles long and 43 miles wide. It has roughly the depth of 36,000 feet, with the Challenger Deep being its deepest point.

Around 70% of the Earth’s surface is below the sea, yet 95% of it remains unexplored to the human eye. The depths of Mariana Trench then hold an unexplored world of absolute darkness with mysterious creatures lurking below that science has still not discovered.  In fact, it is believed that we know more about the surface of Mars than the depths of the trench.

The creatures that science have discovered are terrifying-looking lifeforms which include the likes of anglerfish, goblin shark, deep-sea hatchetfish and fanfin sea devil. Along with these, there are other strange things that the space holds, including mysterious metallic sounds, a rumoured sighting of a shining disc shaped object, and an unusual jellyfish that could have been an alien from another planet.

From folklores to the Bible to fantasy films, sea monsters have been a constant presence in our lives, either in the form of the Kraken, or Leviathan or the Loch Ness monster. But they exist in our imaginations for all the right reasons as the depths of the ocean are almost completely unexplored. There is no knowing what lurks deep below. Scientists have spoken of deep-sea giants in the past, but virtually nothing about their lives is learned yet, except some estimates that they grow upto 66 feet.

‘Underwater’ primarily makes use of three fictional deep-sea creatures. We have the Clinger which is based on both squid and barnacles, and is grotesque and predatory. Then we have the Ghost, which is translucent and ethereal, and is inspired by a jellyfish. This becomes important when one looks at the rare species of deep-sea jellyfish, especially giant Stygiomedusa which grows up to 33ft.

Finally, we have the enormous Behemoth, which combines both designs to become the ultimate sea monster, and is seen towards the end of the film. According to associate producer, Jared Purrington, “He is so big, he’s an ecosystem unto himself.”

Behemoth also becomes the most interesting from the three because of the history surrounding it. Behemoth, like Leviathan has a Biblical history, where the two are considered creatures of primal Chaos. The two also have a Babylonian origin, but Behemoth is considered male, and of the Earth, while Leviathan is female, and of the Ocean Deep.

But in other cultures, it is considered that Bahamut is an enormous sea monster that lies deep below, and controls tides, sea-level and earthquakes. According to Jorge Luis Borges’ Book of Imaginary Beings, Bahamut is “altered and magnified” from the biblical Behemoth. It is described to be so immense that no human can bear its sight.

Of course, except these, it is very clear that Eubank’s ‘Underwater’ is heavily influenced by both James Cameron’s ‘Aliens’ and his ‘The Abyss’, along with perhaps, ‘Prometheus’. In fact, Stewart’s Norah Price was inspired from Ellen Ripley, and in many ways, follows her footsteps.