The True Story Behind ‘Unorthodox’, Explained 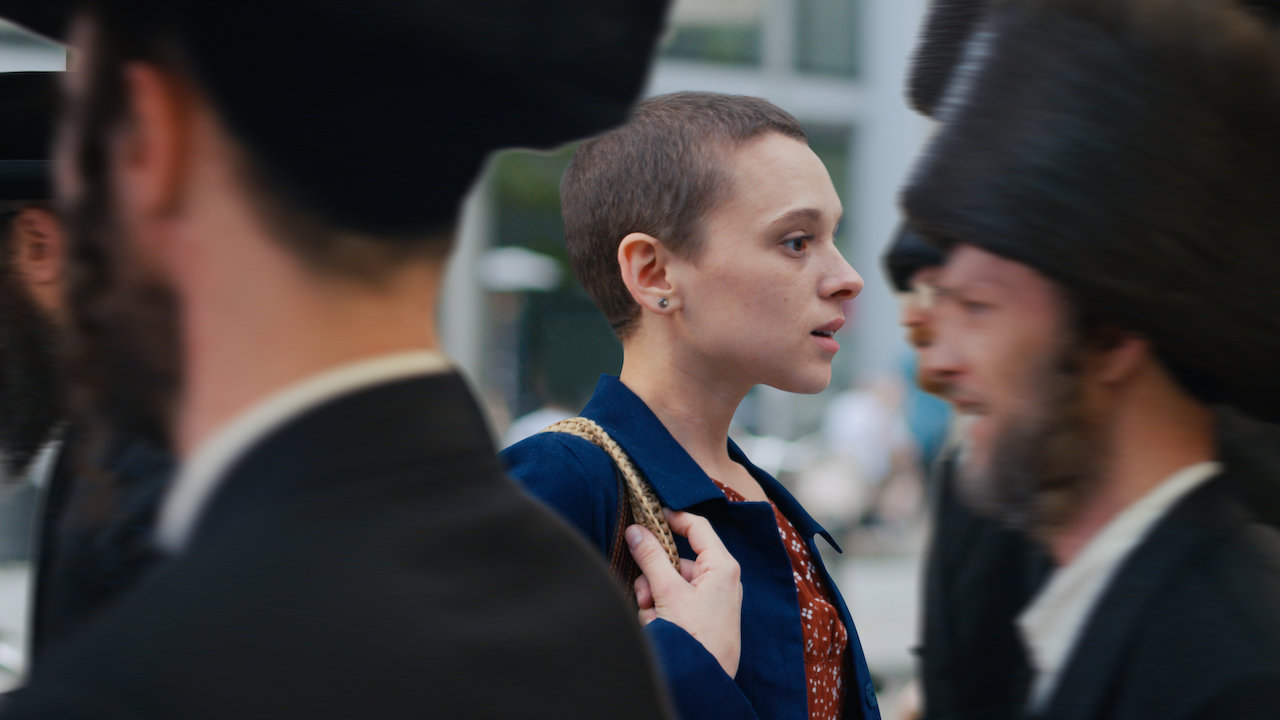 As Netflix continues to bring us culturally diverse and inclusive narratives, it adds another gem to its growing list of Jewish content with ‘Unorthodox’. Directed by acclaimed German filmmaker, Maria Schrader, the four-part miniseries offers a glimpse into New York’s insular Hasidic community through the life and struggles of Esther “Esty” Shapiro. It follows Esty’s journey as she abandons her ultra-orthodox Jewish community in an attempt to find her own voice.

There is no denying that religion often plays a crucial role in one’s identity formation, especially while growing up. But it also serves as a double-edged sword that can both evoke a sense of faith, and lead to trauma upon imposition. It is the latter that ‘Unorthodox’ explores in its unusual coming-of-age tale of a determined young woman’s struggle to earn her independence as she escapes her oppressive past.

‘Unorthodox’ centers around Esty, who decides to flee her life in Brooklyn; her arranged marriage and her community, to move to Berlin and start over, until her past comes haunting her. Given the premise of the series, one can’t help but wonder if it is based on real life.

After all, this is not the first time Netflix has explored the trauma experienced by ex-Hasidic Jews. The 2017 critically acclaimed documentary, ‘One of Us’, chronicles the lives of three such individuals. So could a real life person be the inspiration behind Esty’s journey to freedom? Read on to find out.

Is ‘Unorthodox’ Based on a True Story? 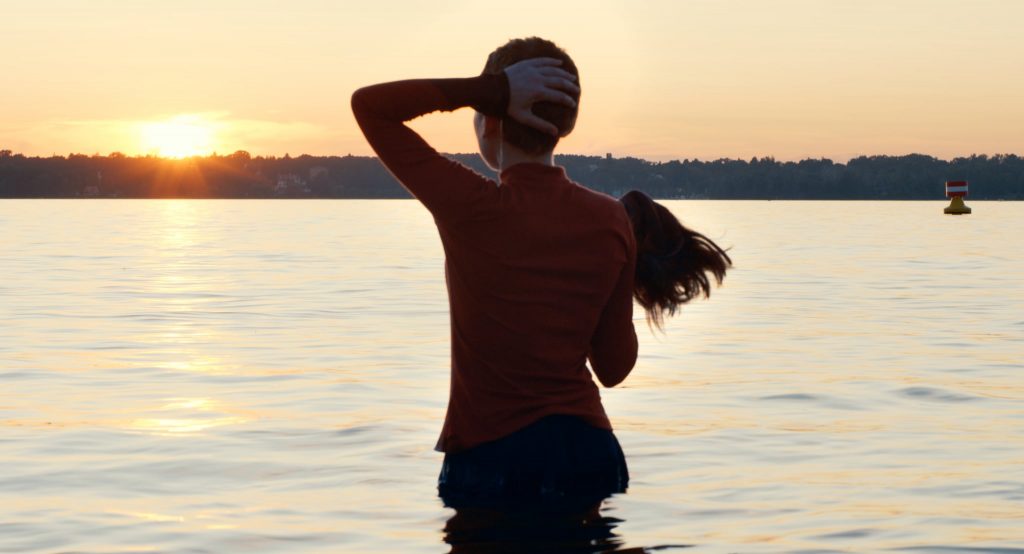 To answer it simply, yes, ‘Unorthodox’ is based on a true story. However, it takes several liberties in its portrayal of the actual narrative. The series is inspired by Deborah Feldman’s bestselling memoir of the same named called, Unorthodox: The Scandalous Rejection of My Hasidic Roots. It fictionalizes Feldman’s own journey from her ultra-conservative Hasidic Satmar community to Berlin.

Netflix’s ‘Unorthodox’ takes from Feldman’s experiences, but makes several changes in order to suit their four-episode structure. In reality, Feldman’s memoir ends before she takes the decision to leave for Berlin. The book was published in 2012, after she cut ties with her family and community, but continued to live in New York. It was only in 2014 that she moved to Berlin and settled there with her son. 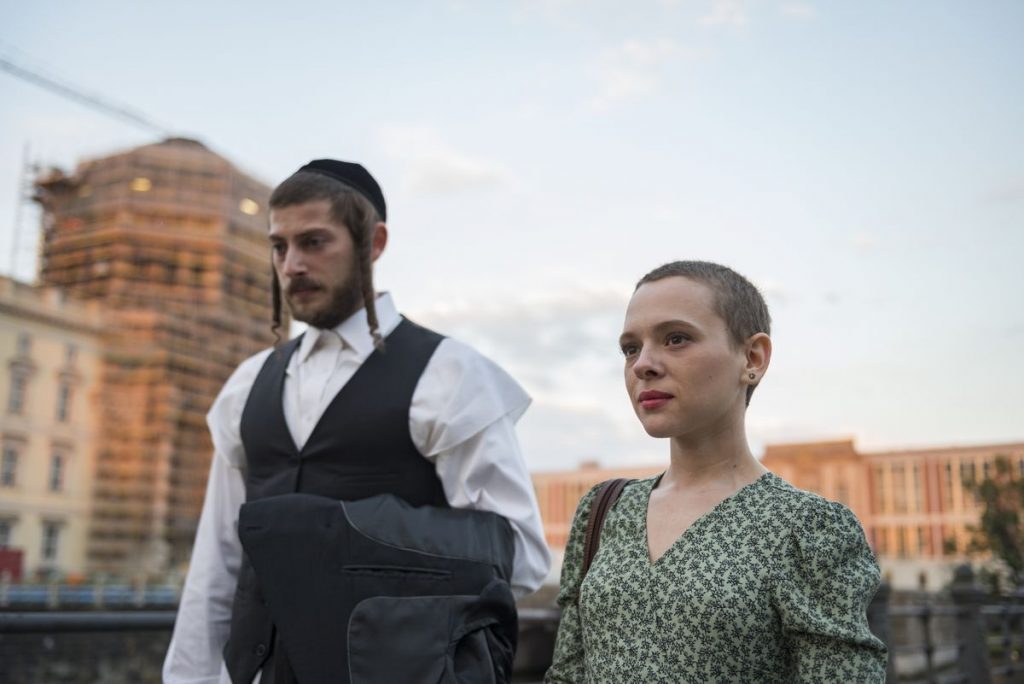 The series is written and produced by Anna Winger and Alexa Karolinski, both of whom have a connection to Berlin. This is also why the city plays a crucial role in the series. Much like Deborah and Esty, Winger too is an American Jew living in Berlin, while Karolinski spent her childhood in the city.

An important theme that ‘Unorthodox’ explores through Berlin is related to Jewish life in post-war Germany. This becomes all the more interesting because Satmar Hasidism is considered to be a response to the Holocaust. It was, thus, an active decision on the writers’ part to have a younger protagonist fleeing directly to Berlin, as it allowed them to offer a sharper contrast in the ways of life and how history was built. In an interview, Karolinski revealed:

“With Deborah’s blessing, we made a lot of changes…We brought Esty to Berlin to be able to talk about what it would be like for a Satmar Jew to flee to the country of the Holocaust’s origin, and to reflect on how Berlin is built on trauma and how history creeps through everything there.”

‘Unorthodox’ also does not explore Feldman’s motherhood, as it has Esty as an 18-year-old when she escapes her old life. In reality, however, Deborah Feldman was married to a local boy at the age of 17, and by the time she was 19, she had given birth to her son. The memoir also looks at her life before the marriage, and everything that eventually led her to cut ties with her community.

Feldman was born in Williamsburg, Brooklyn, in a Satmar household. However, she was raised by her grandparents, as her mother, too, had left the community. She revealed that her father, on the hand, was mentally impaired and unable to raise alone. Growing up as a woman in the community, Feldman always struggled with its limitations and oppressions. It was only after her marriage and the birth of her son that she decided to change things.

Unlike what’s shown in the series, Deborah Feldman decided to study, and went on to pursue literature from Sarah Lawrence College. It was a particular history lesson on memoirs that inspired her and made her realize that she too could have her voice heard someday. Another motivation was the friendship she developed during her time there. In an interview with New York Post, Deborah Feldman revealed:

“I asked my college friends, “If I leave, would you really have my back? I have no one.” I have this one friend who said, “I promise, you will never fall because I will always be here to catch you.” And she kept her promise. I left on the basis of that promise.”

But the final straw was a dangerous accident that she got involved in, that made her realize that she had to act now. Upon recovering, she told her spouse that she was going to stay at her mother’s place. But instead, she packed her things and left to stay with her friend from college.

Deborah Feldman eventually settled in Berlin, where she lives today as an independent single mother and a bestselling writer. While talking about Feldman (and Esty), Winger stated, “She had no money and no education but she felt something inside that she needed to express, to make her own life…That is not easy. It takes real strength.” It is this inspiring real-life tale of Feldman’s journey to freedom that makes ‘Unorthodox’ stand out from others in the genre.