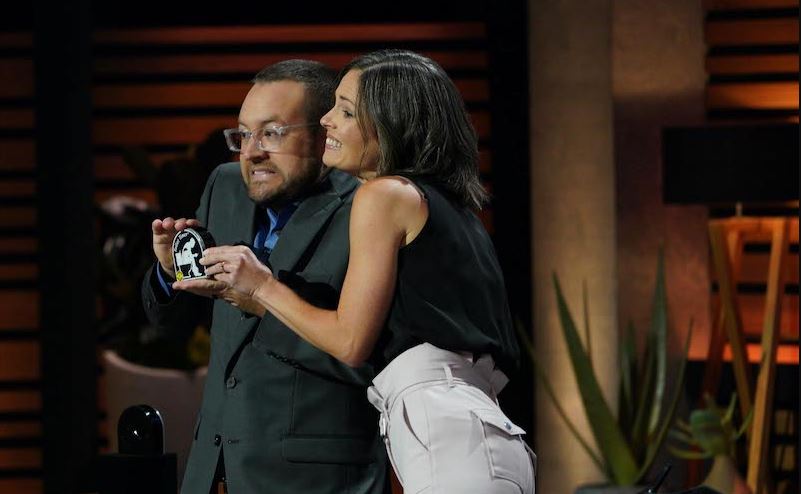 ABC’s ‘Shark Tank‘ may be an unscripted reality TV show for some, but for budding entrepreneurs, it is the perfect platform to expand on their dreams. The amateurs who enter the tank realize that their business plans and products have the potential to do wonders in the market. However, as they don’t have the means to develop on it themselves, they pitch their ideas before a panel of industry tycoons, known to us as Sharks, in the hopes of walking away with an investment. As seen in Season 12, one such product is Katamco Toilet Timer. So, let’s find out all that there is to know about them.

Katamco Toilet Timer: Who Are They and What Do They Do? 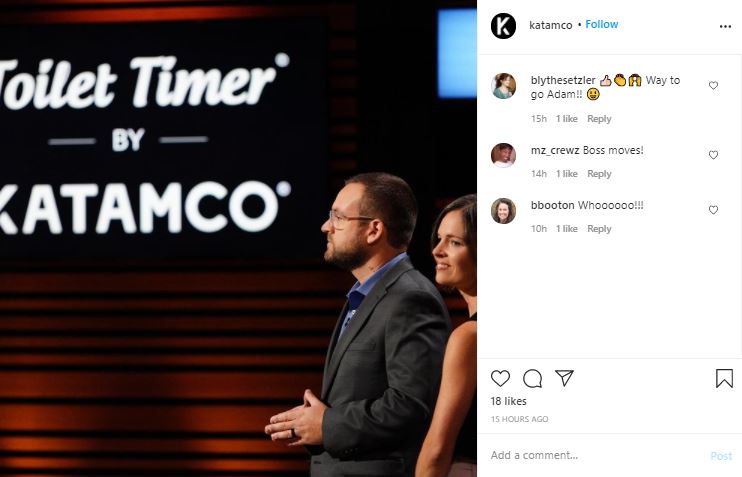 Toilet Timer is a product that comes from Adam Stephey, a serial inventor, tinkerer, and entrepreneur. After all, ever since he got his hands on his first set of LEGOs, nothing could stop him from creating – as made evident by his side business, 1 Up Card. One day, when Adam spent so much time on the toilet that he couldn’t even get up from it, having lost all feeling in his legs, he knew that he had to do something to stop “poo-crastinating.” He was so invested in his smartphone that he lost all track of time.

But Adam also knew that he couldn’t blame the device, because if it wasn’t that, it would have been a book or a puzzle. Recognizing that he, along with thousands, if not millions, of others in the world, needed something to let them know that their toilet time was up, Adam combined forces with his wife Katie, a marketing specialist, to found Katamco, LLC.

And together, they, with Adam’s friend and side-business partner, Elliot Worth, began working on a “five-minute glass” – like an hour-glass, but for five minutes. When their prototype was a success among friends, and their Kickstarter campaign showed a real market, having raised more than $23,000 for a goal of $20,000, they got the timer into production and soon began its sale.

Katamco Toiler Timer: Where Are They Now? 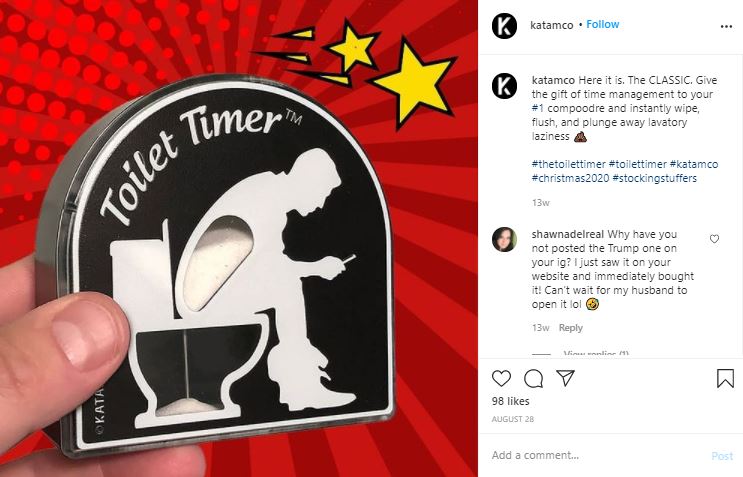 The Toilet Timer from Katamco, a company based in Bloomington, Illinois, is a product that works like any other hour-glass sand timer, except the sand is limited to five minutes and flows from inside the top of a man’s belly and into the bottom of a toilet. There is also a female and a dad version of it available. Each timer costs $14.99 and can be purchased from the parent company’s website or Amazon.

The company also offers a “Get Off the Pot” greeting card, Smartphone Wall Docks, and a poetry book, “When Dad Goes Poo: Bathroom Book,” written by Adam Stephey. The holiday bundle that they have includes everything except the wall docks. Katamco Toilet Timer has gotten a lot of attention over the past few years, as made evident by their 21+ million organic views on Facebook, 1000+ positive reviews on Amazon, and features in articles by 40+ print and media companies.

The latter includes names like LAD Bible, Mirror, The Sun, CBS-Chicago, Metro, Life Style, Oddit Mail, and many more. Most importantly, it is said that because of Katamco Toiler Timer’s routine nature, it can help toilet train a child, even one with autism. When all usual methods fail, the predictability of the Toilet Timer can help relax a child and guide their transition from diapers to the toilet.