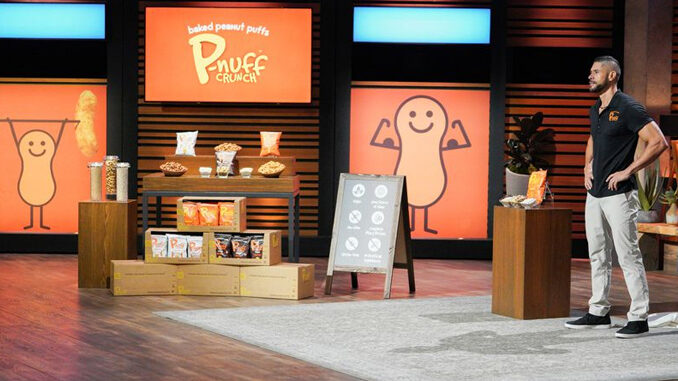 ‘Shark Tank,’ a long-standing, critically acclaimed, multi-Emmy-award winning reality unscripted series by ABC, has quite a simple concept: successfully pitch your company and business model before a panel of industry investors, Sharks, and walk away with a deal of a lifetime. Of course, the interactions between the Sharks and the businessmen as well as the negotiation that follows are all part of the game, because let’s be honest, they fund not just to back the business, but the person as well. As seen in season 12, hoping to be a success story here and make it big into the business world is P-Nuff Crunch. Curious to know more about them? We’ve got you covered.

P-Nuff Crunch: Who Are They and What Do They Do?

P-Nuff Crunch’s creator Juan Salinas knows very well that snacks of all kinds are extremely popular among all ages in America. After all, he has spent a better part of his adult life, almost 20 years, in the industry as a developer for reputed companies such as Nestle, Kraft Nabisco, and Cadbury. But being a bodybuilder and a fitness enthusiast, who takes part in marathons, triathlons, and cycle tours, and thinks maintaining a healthy lifestyle is important, Juan deeply felt the massive disconnect between what he was producing for the masses and what he was consuming for his own nutrition. And so, it didn’t take him long to mix his profession and passion into one.

After earning his post-graduate diploma in Sports and Exercise Nutrition through the International Olympic Committee, in 2015, Juan founded his own company, Perfect Life Nutrition, LLC., with the aim of creating a snack food that would be healthy. He didn’t want his product to contain preservatives or added chemicals. Instead, he wanted it to come from natural sources, providing enough fibers and protein to be nutritious as well as tasty. And so, after trying more than 100 recipes, Juan came up with P-Nuff Crunch, a low-carb and eco-friendly snack puff with a “satisfying crunch and addicting taste,” made primarily from peanuts, navy beans, and rice.

P-Nuff Crunch: Where Are They Now?

In 2018, while getting an MBA degree in entrepreneurship from Rutgers in New Brunswick, New Jersey, Juan participated in the university’s Business Plan Competition with P-Nuff Crunch and won. After that, he knew that he was on the right track and went off to compete with the big guns. Recently, Juan admitted that he wished he’d realized beforehand how much work is involved in starting a food business and that it would have been nice if he had a partner to share the workload. But he also revealed that although his diligence is yet to pay off in a massive way, he is happy with his life, his job, and his career. He would much rather be following his dreams than being behind a desk.

The P-Nuff Crunch products, being vegan, gluten-free, low in sugar and salt, and not containing any genetically-modified ingredients, currently come in original, cocoa, and cinnamon flavors. You can purchase all of them on the company’s website, at Shoprite stores in the greater New York area, at Walmart, and on Amazon. The fact that P-Nuff Crunch is made from peanuts instead of corn also means that although it looks and tastes like junk food, it is actually really good for your well-being. Even the review’s on the company’s website voice the same opinions, with one consumer even writing that they don’t feel guilty about giving P-Nuff to their kids either, making it a perfect family snack.