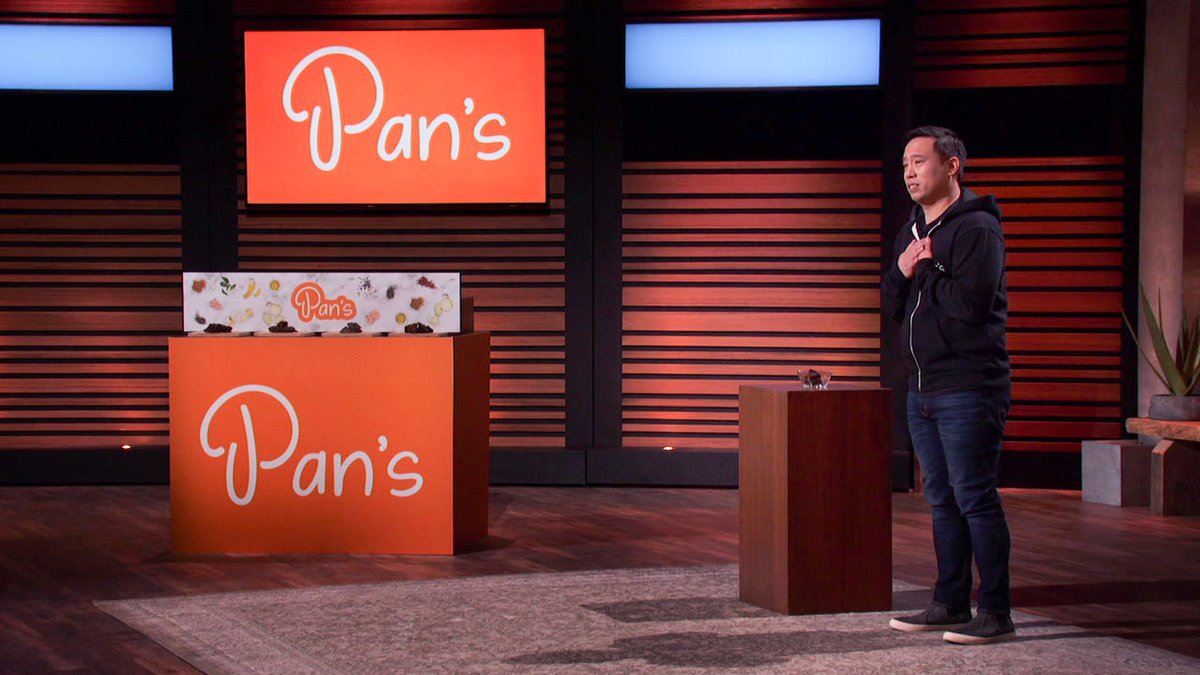 ABC’s ‘Shark Tank‘ is the perfect platform for aspiring entrepreneurs to show off their innovative ideas and business models to kickstart their establishment and expansion plans with a bang. The aim of the game is for them to impress a panel of industry tycoons, aptly titled the “Sharks,” in order to get an investment that will make all their dreams come true.

However, the “Sharks” are not that easy to lure, and with creativity being at an all-time high, the stakes are higher than ever. Nevertheless, as we have seen time and again, there is nothing that can stop a determined entrepreneur from getting what they want, and with that mindset, as seen on season 12, comes Michael Pan with Pan’s Mushroom Jerky.

Pan’s Mushroom Jerky: Who Are They and What Do They Do?

Born into a multicultural family, Michael Pan has always been in awe of his heritage and does whatever possible to respect it. His mother was born in Peru, his father in Malaysia, but they met and got married in Mississippi, where Michael was born and raised. He traveled to Malaysia with his father on a couple of occasions, but it was only when he did it as an adult that Michael learned much more about his roots.

Coming from a family of Buddhists, Michael has always been a vegetarian. But it was only in Malaysia that he found real delight in food thanks to the abundance of flavor, especially in anything that contained dried shiitake mushrooms. With the taste, the meat-like texture, and the chewiness of the fungi, Michael thought that it was vegan jerky. And so, when he returned home to Portland, Oregon, Michael began developing it further.

At that time, Michael was the Vice President of the Product division of a start-up company. But when it was sold, his buyout allowed him to turn into a “mad scientist” in his kitchen and use simple and organic ingredients to turn shiitake mushrooms into the perfect snack for all ages – jerky. Michael subsequently founded Panco Foods to produce high-quality edible products that are just as delicious as they are healthy.

Pan’s Mushroom Jerky: Where Are They Now?

Pan’s Mushroom Jerky came into its inception in 2018. Since then, it has become a favorite snack for vegans, vegetarians, mushroom and jerky fanatics, and anyone else who enjoys trying out new and unique meals and flavors. You can put these small pieces of jerky on any other food item, or you can eat them separately. And the best part is that these portable and nutritionally dense snack, with a wide array of qualities, are beneficial to not just us as consumers but the environment as well – protecting animals from being mercilessly butchered, and thus, protecting our planet from consuming harmful emissions.

Currently, Pan’s Mushroom Jerky, being kosher, paleo-friendly, and free of gluten and soy, is available to us in four flavors: Original, Salt & Pepper, Applewood BBQ, and Zesty Thai. But even though it can be bought from the company’s official website, Amazon, and the Thrive Market, it is yet to see the light of day in a big supermarket chain. In saying that, though, it has received a lot of public interest from the press it has experienced from being featured on TODAY, Food & Wine, Whole Foods Market, and the Food Network, as well as in the Washington Post, the Wall Street Journal, and Us Weekly to name a few.