Update on Phoozy From Shark Tank 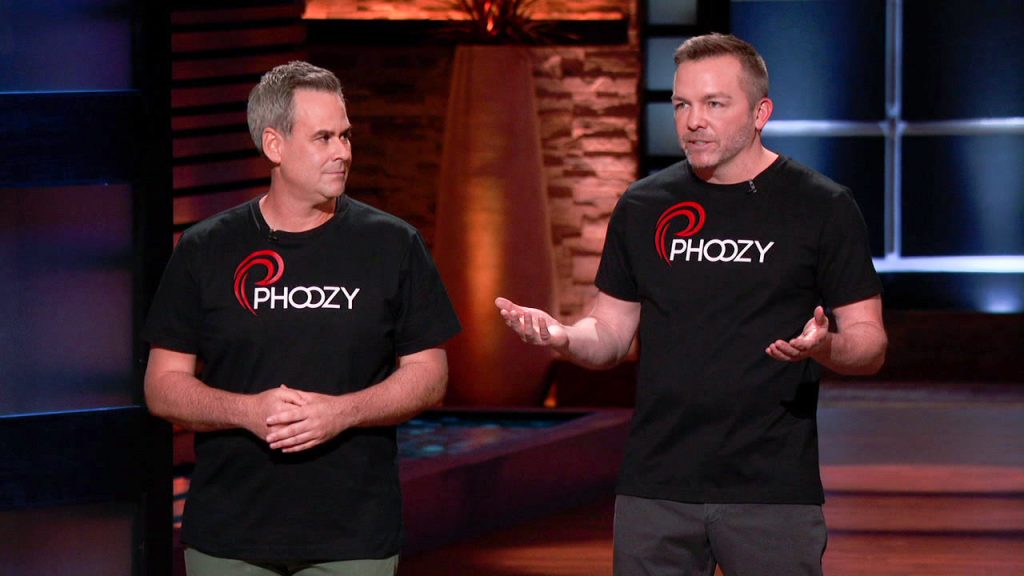 ABC’s ‘Shark Tank’ is a reality series that highlights precisely how innovation, funds, and plans for the future can lead to unparalleled success. By encouraging aspiring entrepreneurs to present their business models and ideas to a panel of industry experts, or Sharks, this show allows them to, at the bare minimum, gain some exposure. But if the Sharks find the businesspersons’ views enticing, they offer an investment in exchange for shares, helping them realize all their dreams. With an aim to achieve the same, Phoozy appeared in season 12. So, let’s find out all that there is to know about them, shall we?

Phoozy: Who Are They and What Do They Do?

The founders of Phoozy understand the importance of performance and winning – quite literally. Established in 2017 by Charlotte, North Carolina native Kevin Conway, and his longtime Atlanta-resident friend, Josh Inglis, Phoozy was born out of pure frustration. After all, Kevin was tired of having his phone overheat and shut down in the summers or freeze over during the winters. As the CEO of the company, and more importantly, a professional race car driver at the highest levels of motorsports, including NASCAR, he knows firsthand how a dead device can change the course of nature, so he decided to do something about it.

There is no denying that we’re attached to our devices and that we have a need to stay connected with others, especially when we’re out and about. So, Kevin and Josh created Phoozy as a foolproof solution to all our problems. Phoozy is a device case made from layered materials like those used in space shuttles, spacesuits, and race cars, which protects the electronics from not only extreme heat and cold but also water. In fact, if you ever drop your device into a body of water, this sleeve will keep it floating on the surface. Moreover, Phoozy provides military-grade drop protection, which means no scruff, no scratches, and no glass shatters.

Phoozy: Where Are They Now?

After Kevin developed a prototype for Phoozy, he contacted his longtime friend and Ivy League MBA graduate, Josh Inglis, and convinced him to join the Charlotte, North Carolina-based venture. Together, with Josh as the COO, they began to promote their product as the only real solution to all the device problems that can plague anyone’s hike, dive, ski, and long-drive trips. The fact that their product features also include extending cell phone battery life, drop protection from up to nine feet, and antimicrobial protection only helped them market it better. The company also offers Device Decontamination Wipes and Attachment Straps.

The company name is derived by mixing the words cellphone and koozie (an insulating sleeve used to keep a canned or bottled drink cold). As per Josh, their customers currently include skiers, snowboarders, and other outdoor activity lovers, along with first responders. The latter, he says, have heavily relied on Phoozy products during the pandemic to keep their cellphones functioning for long periods. From phones to laptops, you too can get your hands on Phoozy’s insulated device cases from either the company’s website or Amazon. REI, a national retail chain specializing in camping and outdoor gear, is also a Phoozy retailer.