Update on StepNPull From Shark Tank 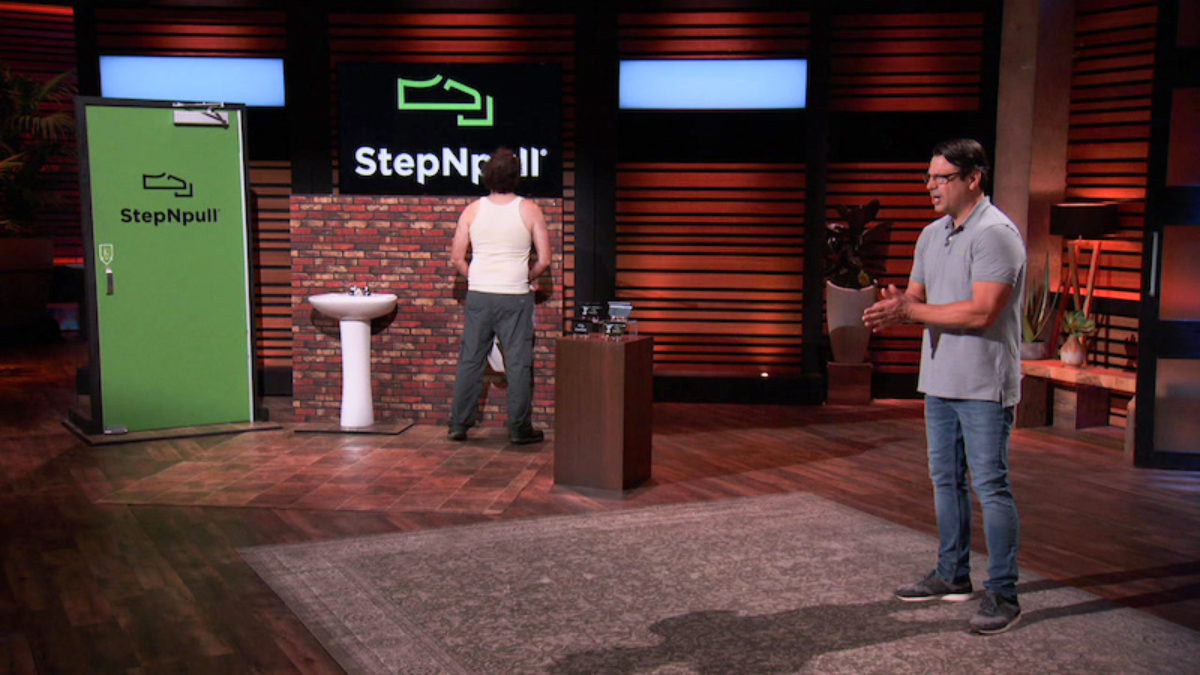 Thanks to its unique formula of incorporating reality TV with innovation and business compositions, ABC’s ‘Shark Tank’ is a series that has kept global audiences captivated since its premiere in 2009. After all, aspiring entrepreneurs come to this platform and pitch their products to a panel of industry tycoons in an attempt to convince them that their ideas are worth an investment.

Fondly called Sharks, if the business magnates like what they hear, they negotiate with the businesspersons to land on the best possible deal for both sides. One such product introduced in season 12 is StepNPull. Let’s find out all there is to know about the product and progress since getting featured on the show, shall we?

StepNPull: Who Are They and What Do They Do?

StepNPull is a product like no other. Recently, with the COVID-19 global pandemic opening our eyes to the realities of the myriad of bacteria and viruses on open-area surfaces, we’ve been more cautious than ever about what we touch. That’s where StepNPull comes in to make it a little easier for us to operate. Think of it like this, you’ve just stepped out and are looking to enter a convenience store, but do you really want to touch the door handle that’s probably been opened by many others? No, right? Well, co-founders Mike Sewell, Ron Ely, and Kelly Coddington created StepNPull just for situations like this.

Even though StepNPull was established in 2007, the story dates back to the early 1990s, when Mike, Ron, and Kelly became friends while working at a telecom firm. Often talking about opening a business together, the opportunity presented itself to them when Mike noticed that some of his fellow employees used paper towels to open doors to avoid touching the handle.

Not liking the towel waste but also understanding the predicament, Mike concluded that a foot-operated door opener would eliminate both issues. And while the idea was his, Kelly designed the product, with Ron’s prior construction experience helping them determine where to place the device. Therefore, after years of running StepNPull as a side business, the trio turned it around.

StepNPull: Where Are They Now?

StepNPull initially manufactured and shipped each of its pieces from a garage. But it had to expand when the product started gaining attention from major corporations like Coca-Cola, Facebook, Google, and Walmart. Moreover, with such big companies purchasing the commodity, Mike, Ron, and Kelly were also contacted by retailers like Lowe’s and Amazon, amongst others, to start selling the device.

When that went well, StepNPull further spread its wings by landing deals with distribution partners in The United Kingdom, Australia, Hong Kong, Slovenia, and South Africa. Yet, it was only when the pandemic hit that StepNPull’s sales skyrocketed. In fact, in March 2020, the company sold more door openers than it had in its history. When that got combined with media coverage, the business erupted.

As a result, StepNPull’s capacity got shaken, leading to new deals with distributors and additional employees at its headquarters in Springfield, Missouri. Fortunately, the business is still booming. At just $29.95, you too can get your hands on a touch-free, foot-operated door opener, available in a variety of colors. Along with that, StepNPull also offers a No Touch Copper Key and a Cabinet Door Solution.

We should also mention that in January 2021, the company announced that Snapchat had introduced their hands-free products in their offices. StepNPull is smart, simple, and sanitary, with almost no downsides. So, it’s no surprise that even the NASA Langley Research Center, FedEx, the Pacific Science Center, the Smithsonian, and Harvard University, amongst several other institutions, are StepNPull customers.