Update on Touch Up Cup From Shark Tank 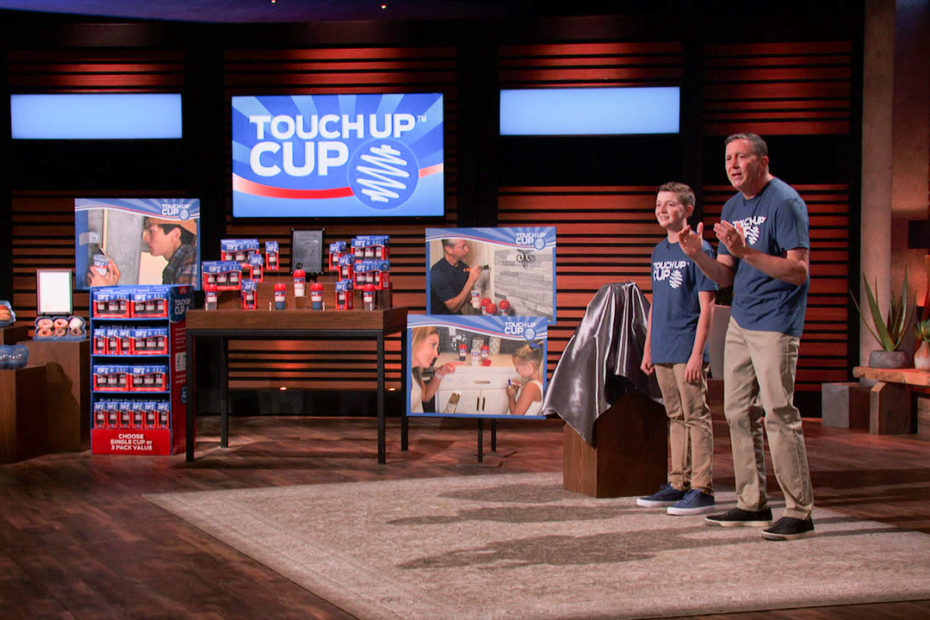 ‘Shark Tank’ is a platform that gives every budding entrepreneur, no matter where they are from, a chance to shoot their shot for their business models in front of a panel full of super-successful investors, or “Sharks” as we know them. With killer instincts and a keen eye for opportunities, these Sharks know how to turn every situation to their advantage, all the while helping the entrepreneurs by offering up the possible best deals.

Not everyone pitching their idea meets the mark though, because let’s be honest, the Sharks are hard to impress. Only the few who prove that there is a demand for their product and the potential to grow in the market get the big offers. And hoping to be in this category are a father-son duo with Touch Up Cup.

Touch Up Cup: Who Are They and What Do They Do?

From Cincinnati, Ohio, comes a father-son duo, Jason and Carson Gill, with Touch Up Cup, a product which the younger one created more than two years ago – when he was just 13. Back then, the two of them were getting ready to do some touch-up painting around their home, but when they opened up their gallon cans, which they had stored for just this occasion, they discovered that the paint inside had gone bad. It had rusted and clumped, and some of it even gave off a sickening smell – like food that had been left in the refrigerator for too long.

The duo realized that their expensive paint was spoiled, and they looked at each other with the same thought in mind, there had to be a way to prevent this, but what is it? According to his family, Carson, a born entrepreneur, decided to create a better and more reliable way to store leftover paint so that no one ever has to go through such a frustrating experience again. With his father’s help, he designed the Touch Up Cup, a small, easy-to-hold container with a built-in stainless steel mixing ball for ease of use.

Store your paint in it, shake it to mix the colors, and keep them fresh for years to come. If sealed correctly, these Cups would keep the latex paint good for up to 10 years, and the oil-based paint can last for up to 15. Most of the credit is given to Carson, but he says he couldn’t have done it without his father. With the hopes to expand their business and get more people interested in their product, the pair went on Shark Tank.

Touch Up Cup: Where are they Now?

Speaking to Spectrum News1, Jason admitted that although he was pretty nervous about going in front of the Sharks, his son just walked in with confidence and did a really great job, which makes us think that they were able to get the funding they wanted. Another good news is that their company, DZ Innovations Inc, filed for a patent for the Touch Up Cup in late September 2020.

Carson, who is now 15 and a freshman in high school, also apparently stays up late most nights to discuss production issues with their manufactures in China and figure out all the logistics to ensure that their customers get the best possible goods. In addition to Touchup Cup, Carson also came up with the idea of Fresh Line Keepers, which are airtight, sealable containers made especially for baked goods. Each such container is leakproof and microwavable, making previously perishable items last just that little bit longer.

Some of the examples of the products which can be stored in these are bagels, donuts, muffins, and cupcakes. As of today, you can find Fresh Line Keepers and Touch Up Cups on their website, and the latter is sold at various retail establishments such as Walmart and Home Depot as well. To say that Touch Up Cups is doing well might just be an understatement.