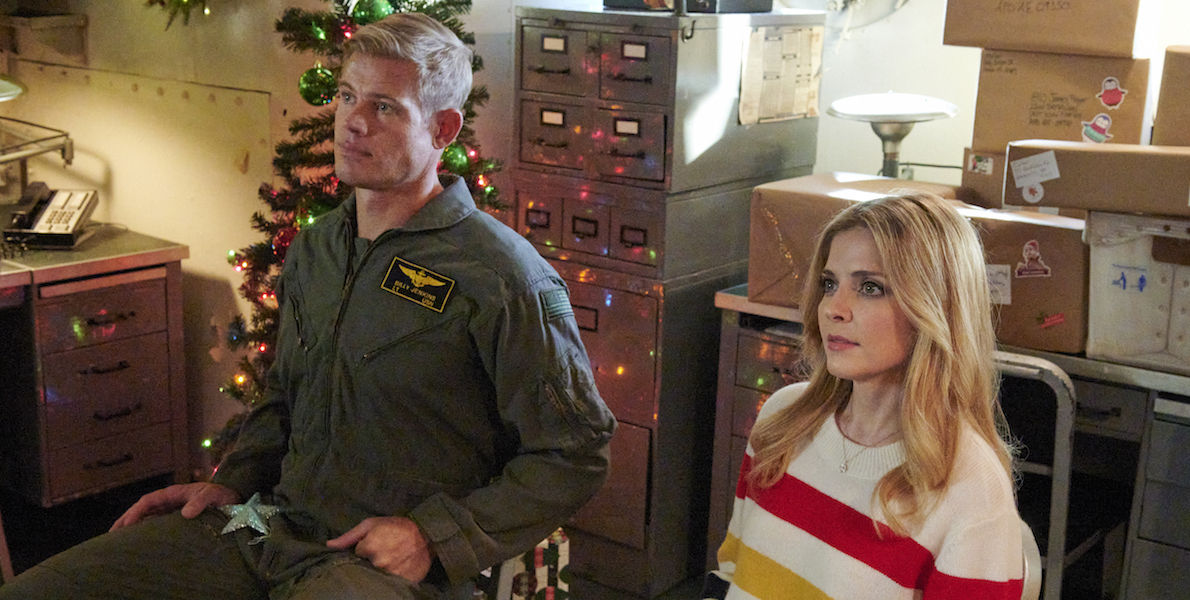 A Hallmark Movies & Mysteries offering, ‘USS Christmas’ is a navy-themed romantic film that follows a newspaper reporter, Maddie, who chances upon some sentimental treasures aboard a Tiger Cruise ship. On her quest for the perfect story to write about in her article, she meets the handsome naval officer, Lt. Billy Jenkins. Part of Miracles of Christmas, the fascinating choice of setting for this Christmas film leaves a lasting impression. Want to know where it was filmed? Let’s find out!

‘USS Christmas’ was filmed in North Carolina and South Carolina in September 2020. All cast and crew members were tested multiple times a week to ensure safety against the Coronavirus. Although filmed during the pandemic, the movie grabbed a lot of attention from the onlookers present at the filming site. Let us take you through some of the specific filming locations.

Wilmington served as a significant part of the filming process for this film, but the most exciting fact remains that the crew filmed scenes on the Battleship North Carolina, also known as USS North Carolina. This battleship briefly operated off the east coast in 1946 before being released of its duties. The ship would have been dismantled at a junkyard had the people not started a campaign, which led to its conversion into a museum ship.

The museum was not closed off to the public while this movie was being filmed, so the crew had to work around the museum’s timings. Navy personnel on active duty and veterans were also invited to appear in the film as extras. Scenes were also filmed in the residential neighborhood of Forest Hills, specifically on Borden Avenue, Colonial Drive, and Brookwood Avenue. 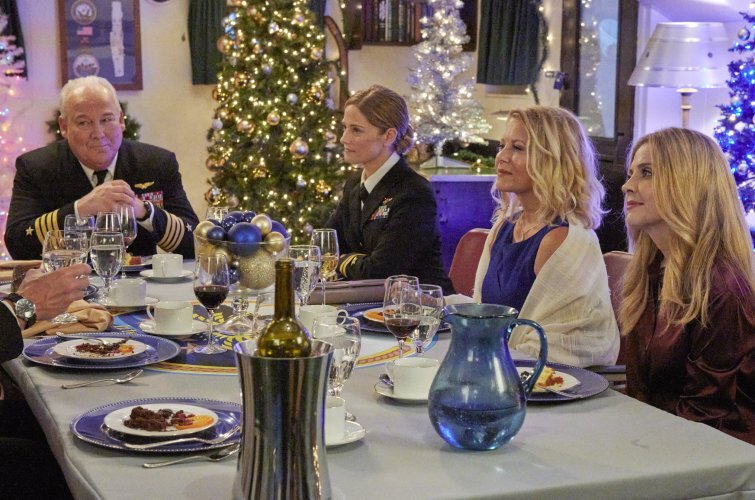 Private properties were used for shooting interior and exterior sequences. The area was transformed by the use of faux snow to depict Christmastime. The snow was actually a paper-based, biodegradable substance that dissolves with water. Other locations that feature in the film include Caprice Bistro, Circa 1922, Claude Howell Park, The Pilot House, the Wilmington Riverwalk, and Cape Fear.

The StarNews office stood in for the office of the fictional Norfolk Register, where Maddie works. The local media company is located at 115 North 3rd Street, Suite 400, Wilmington. The whole office had to undergo temporary rebranding with the logo of the Norfolk Register everywhere. The logo was also digitally added to the newsroom’s television and computer screens.

Sequences were filmed aboard the World War II-era aircraft carrier, the USS Yorktown. This U.S. Navy ship is now the Patriots Point Naval and Maritime Museum located at Mount Pleasant, Charleston County. Yorktown has a rich and illustrious history. The ship has participated in the Pacific Theater of Operations, Korean War, and Vietnam War, for which it won numerous battle stars.

The carrier was also the recovery ship for the Apollo 8 space mission! Films like ‘The Philadelphia Experiment’ and ‘Tora! Tora! Tora!’ have used this impressive naval ship in their scenes. For this film, Yorktown was decorated for Christmastime, giving it the perfect Hallmark touch.

Jen Lilley plays Maddie Contino, who is a reporter. Lilley is an actress and singer known for films and television series such as ‘The Artist,’ ‘General Hospital,’ ‘The Book of Esther,’ and ‘Petty Offense.’ She is a familiar face in Hallmark films, some of which are ‘A Dash of Love,’ ‘Love on Repeat,’ ‘Paris, Wine, & Romance,’ and ‘Mingle All the Way,’ to name a few. Trevor Donovan plays Lt. Billy Jenkins in this film. You may recognize him for his role as Teddy Montgomery on ‘90210.’ His other notable works include ‘Texas Rising,’ ‘Sun Records,’ ‘Days of Our Lives,’ and ‘Melissa & Joey.’

Donovan features in numerous Hallmark films such as ‘SnowComing,’ ‘Marry Me at Christmas,’ and ‘Love, Fall & Order.’ Barbara Niven portrays Elizabeth in the movie. She is best known for her roles in Lifetime and Hallmark movies and television series, including ‘Chesapeake Shores,’ ‘A Valentine Carol,’ ‘A Carol Christmas,’ and ‘Love Takes Flight.’ Other cast members in this film are Stefanie Butler (Lt. Amelia Breslin), Brett Rice (Capt. Chet Jenkins), Valerie Sue Love (Sarah), Amy LoCicero (Charlotte), and Nick Basta (Nicholas).