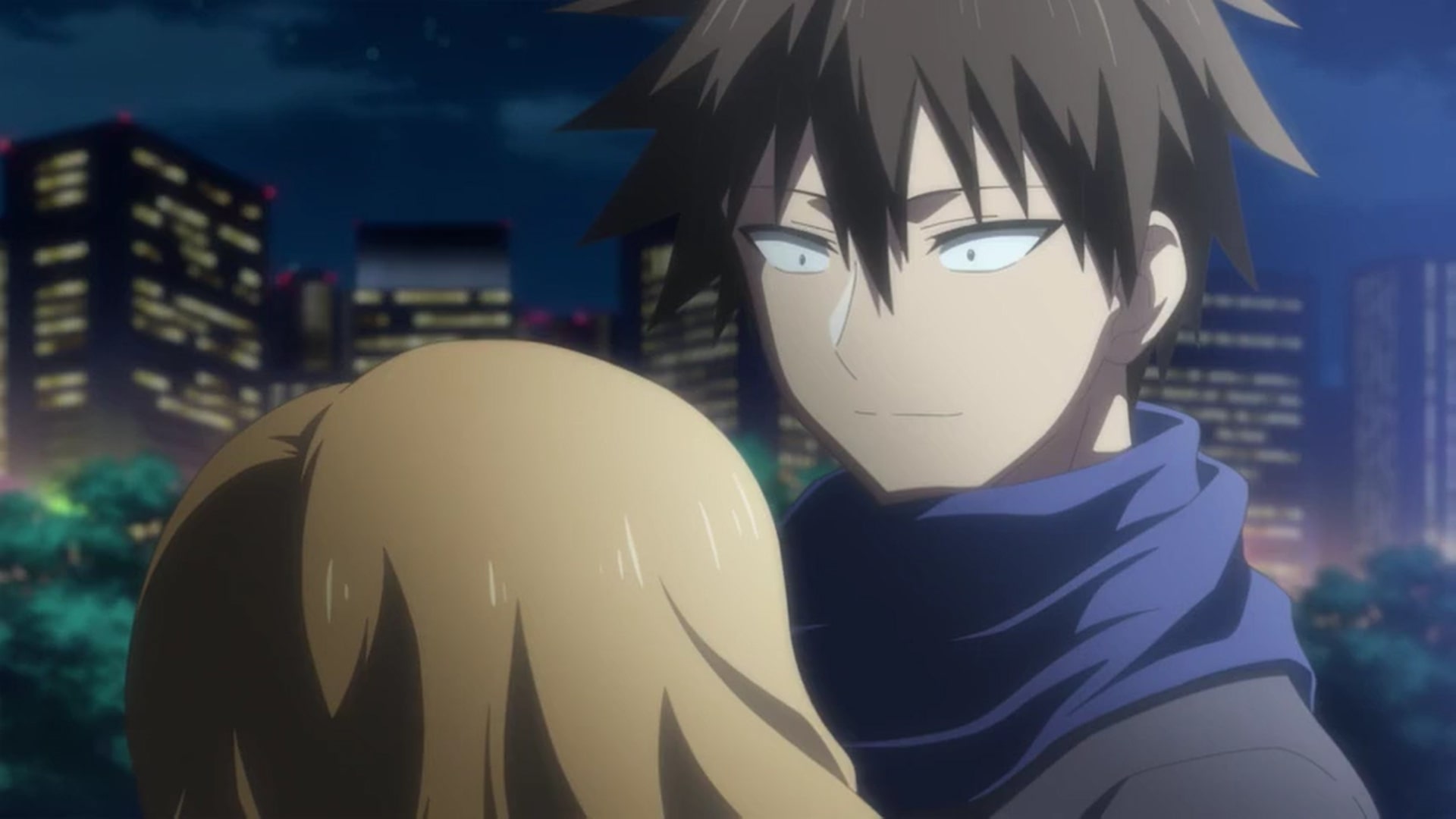 In the fourth episode of ‘Uzaki-chan Wants to Hang Out!’ season 2 titled ‘Uzaki-chan Wants to Be Number One!’ Hana finally meets her friends after the campus festival and proudly tells them what has happened at the Occult Study Circle- unbeknownst to the fact that Ami has been involved in it all this time. However, Itsuhito doubts her conclusion that Shinichi likes her as he has never made any such confession in front of anyone. To make matter worse, Ami and Itsuhito claim that a lot of girls like Shinichi- making her overthink everything. Here’s everything you need to know about the ending of ‘Uzaki-chan Wants to Hang Out!’ season 2 episode 4. SPOILERS AHEAD!!!

A few days after the campus festival and her visit to the Occult Study Circle with Shinichi, Hana finally meets Ami and Itsuhito. Although Ami’s father is also there, she does not show any hesitation to tell them about the recent events and claims proudly that Shinichi likes her. Ami and Itsuhito have assumed that for quite a while now but they feel frustrated that both of them are not making a move and are keeping their emotions to themselves. 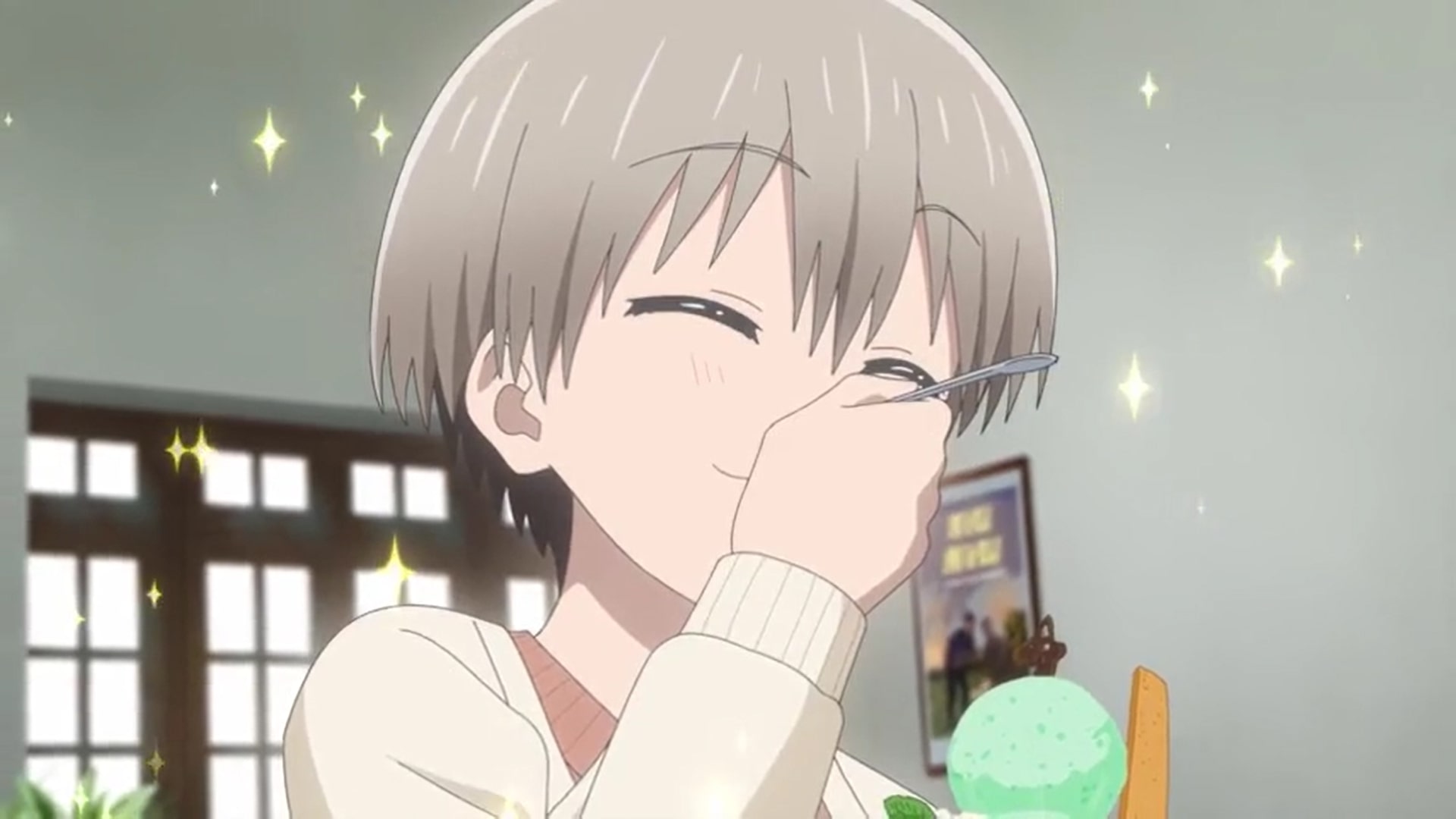 In order to give her a little push, Isuhito tells Hana that the claims made by the people at Occult Study Circle are fine but her conclusions are Shinichi is not backed by any proof. He tells her that she may be misunderstanding things, so it’s critical for her to ask Shinichi about his feelings. Ami has been frustrated by the fact that despite the events at the campus festival both of them have not made the move.

So when Itsuhito questions her claims, she feels quite happy. However, to add more pressure, Ami goes on to claim that Shinichi is quite popular with the girls and he gets checked out by the opposite sex quite frequently when he is working at the cafe. When Hana learns this, she naturally feels very insecure and starts overthinking everything. However, Ami’s father embarrasses her by revealing that she too checks him out on multiple occasions.

Naturally, she initially calls the claim to be untrue and argues that she does not look at him with lewd eyes. However, while making excuses that she does not like him, she ends up confessing that she only looks at his body. When Shinichi later arrives at the cafe, Ami does not have the courage to look him in the eye. 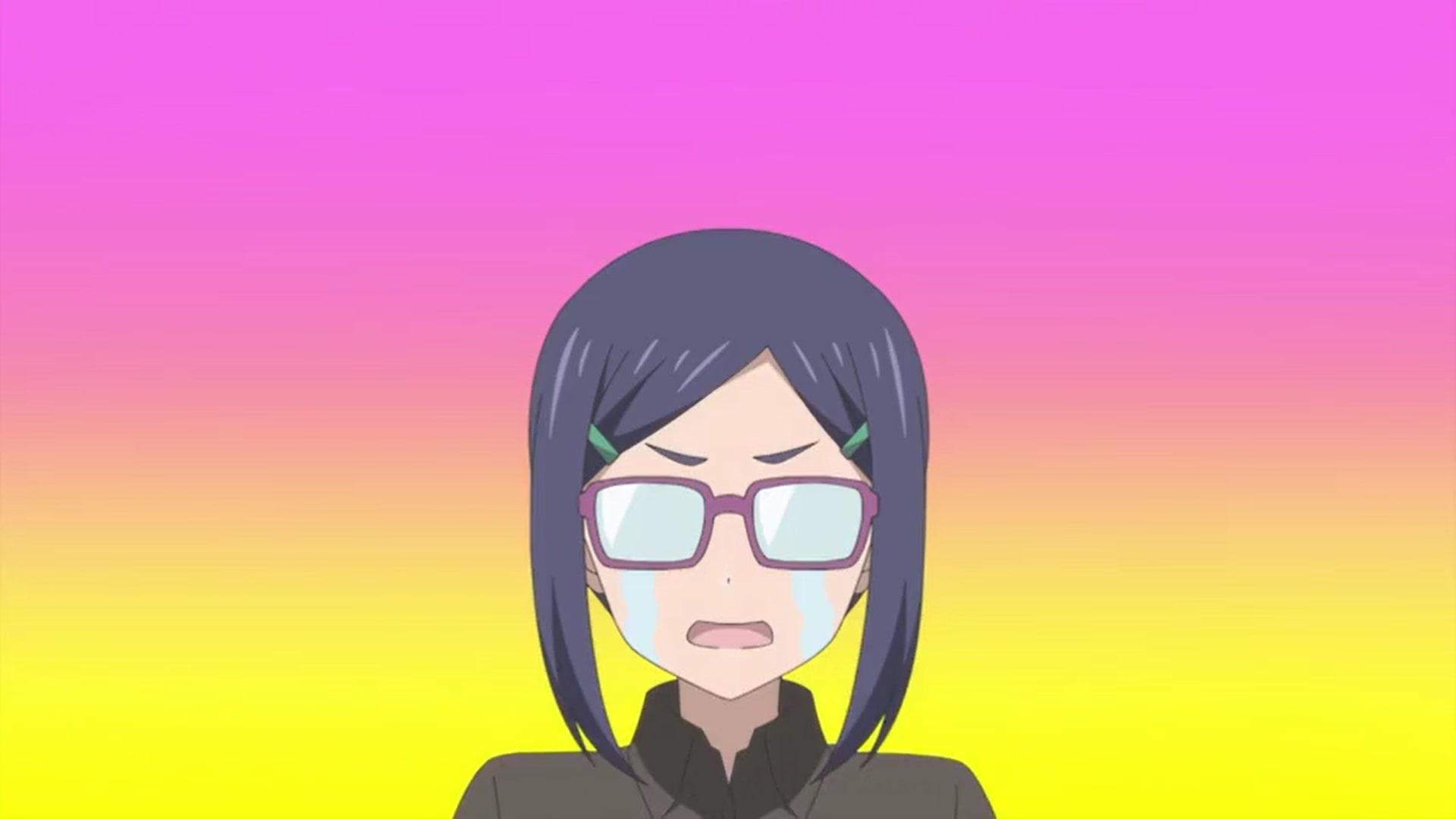 Later that evening, Shinichi goes to Hana’s home to learn cooking from her mother. Uzaki is still in a great mood and hasn’t stopped smiling since the duo went to the Occult Study Circle. However, she is yet to make Shinichi confess his feelings openly. Like Itsuhito said until now only Uzaki has been making the claim that he likes her, but Shinichi hasn’t said anything so far. Therefore, it’s important for her to get a direct confession from him.

Uzaki-chan Wants to Hang Out Season 2 Episode 4 Ending: Does Hana Manage to Get a Confession Out Of Shinichi? What Makes Her Insecure?

When they finally reach Hana’s home, Shinichi goes straight to the kitchen to start learning from her friend’s mother, Tsuki. To everyone’s surprise, Sakurai is too focused on getting every detail right and often ends up measuring the exact weight of different ingredients he is supposed to use. However, Tsuki explains to him that cooking is about rough estimates and that level of accuracy is just unnecessary. 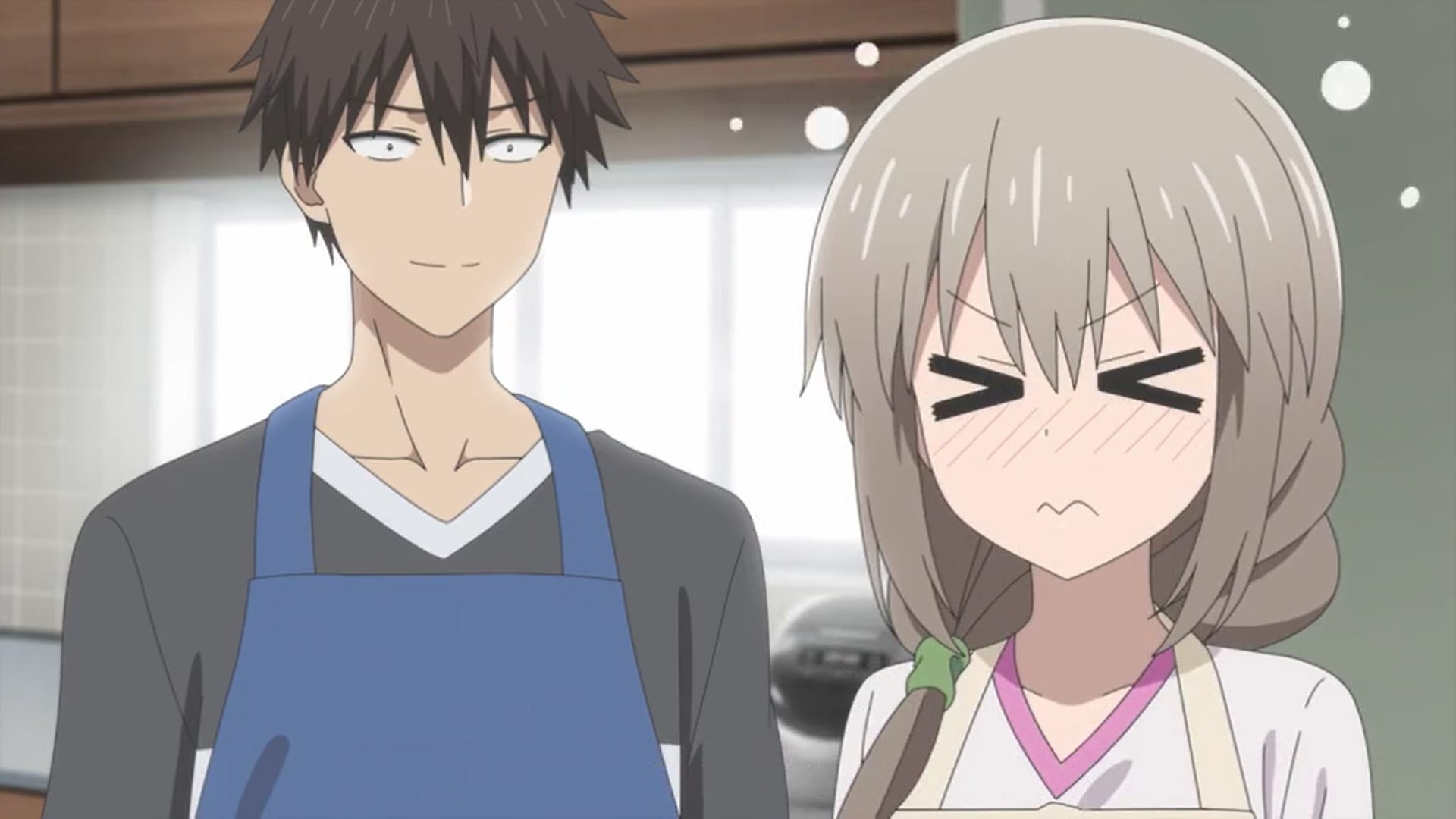 Taking the feedback seriously, as he always does, Sakurai goes back to work making sure he does not make any mistakes. Meanwhile, Tsuki rests on the sofa. That’s when Uzaki approaches her to discuss something important that has been bothering her lately. She asks her mother what she really thinks of Sakurai. Tsuki, who has misunderstood some of Shinichi’s actions previously, completely misunderstands what her daughter is trying to say.

Luckily, Sakurai goes on to explain that some of her friends feel that Shinichi is popular with the girls, so she is in need of some solid advice. Tsuki finally realizes her daughter’s insecurities but before she could offer any help, Hana goes back to feed his cats. Hana again tells herself that the claim that girls like Shinichi are obviously wrong. Meanwhile, Sakurai thanks Tsuki for all that she has done for him. However, he is still unsure what to call her. Therefore, Shinichi asks her for permission to use her first name from now on. 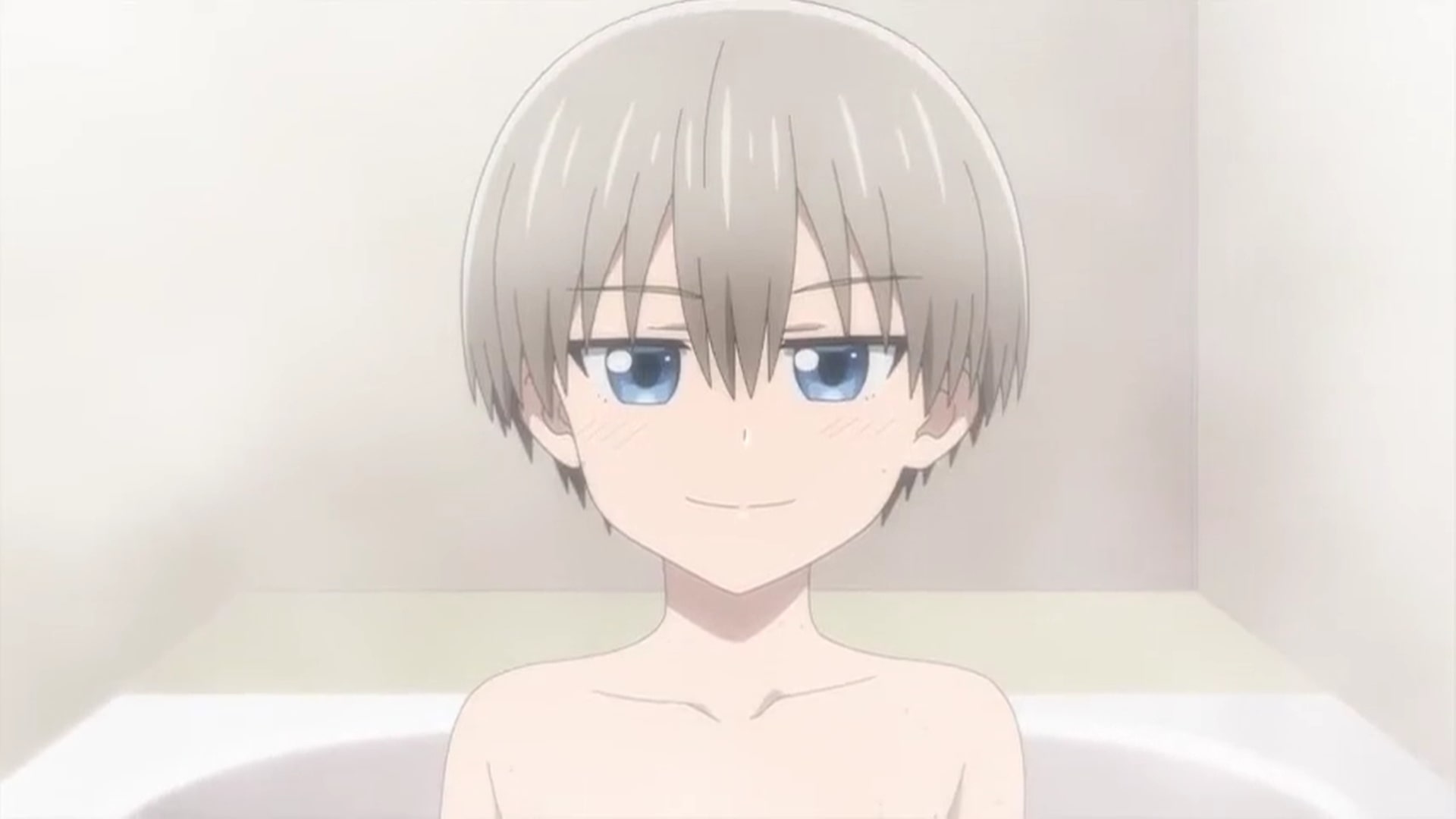 Although Tsuki is startled momentarily, she allows her daughter’s friend to use her first name. When Hana returns to the kitchen and hears Shinichi calling her mother Tsuki, her insecurities start to worry her all over again. Furthermore, she is yet to get a confession out of him to confirm that she likes her as she has been claiming with her friends. But she makes an excuse in her head that the problem is not a confession or her insecurities but the girls who look at Shinichi with lewd eyes.