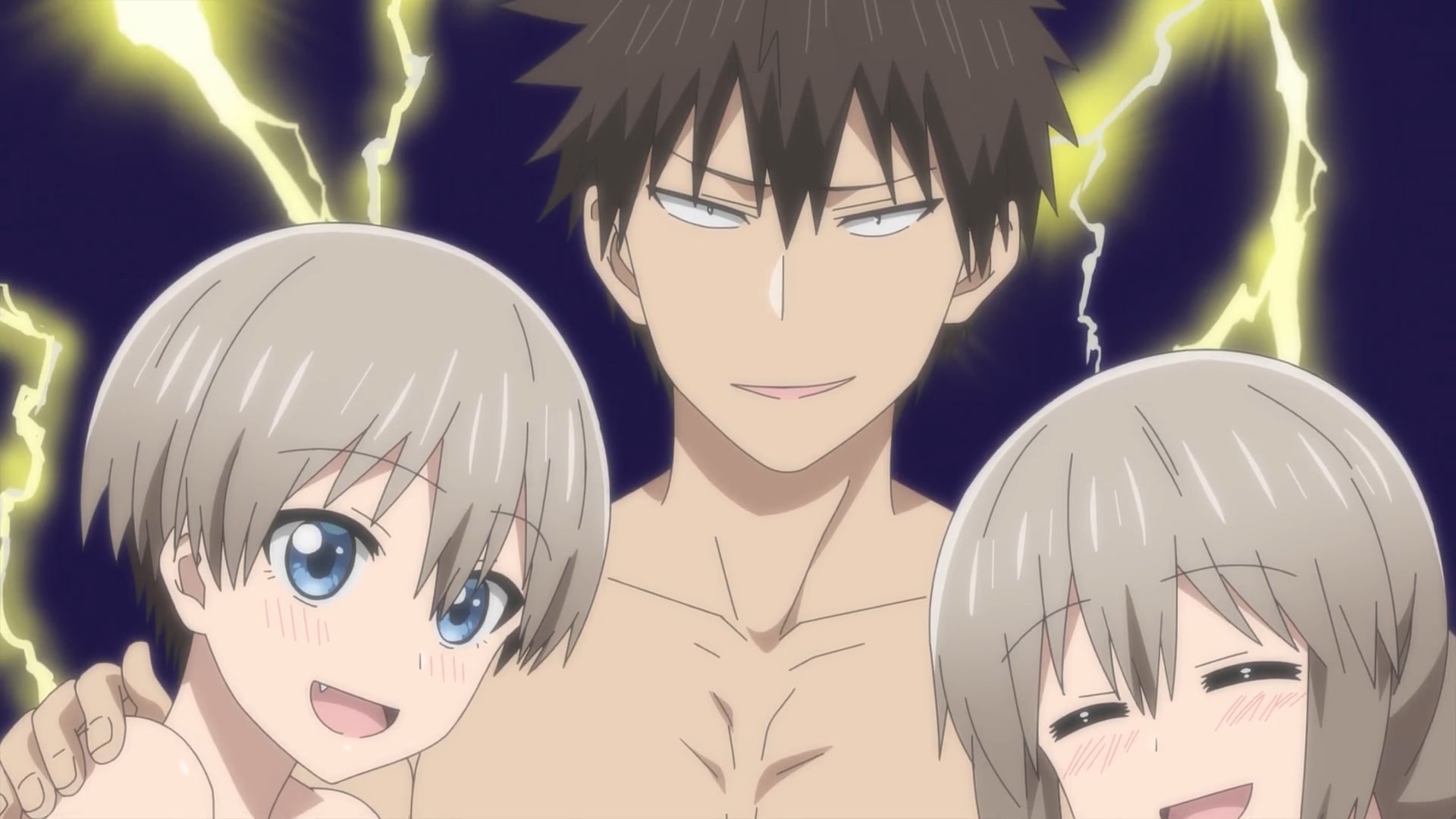 In the sixth episode of ‘Uzaki-chan Wants to Hang Out!’ season 2 titled ‘Uzaki-chan Wants to Celebrate!’ the show turns its attention toward Fujio who unknowingly shares his daughter’s romantic dilemmas with Shinichi and some of his colleagues in the gym. The titular protagonist later learns that her senpai’s birthday is coming and decides to make his big day a special one. While her plans go exactly as she wanted, she is hit by an uncomfortable realization that disturbs her emotionally. Here’s everything you need to know about the ending of ‘Uzaki-chan Wants to Hang Out!’ season 2 episode 6. SPOILERS AHEAD!!!

After joining the gym, Shinichi becomes quite consistent and starts making good progress. One day as he is working out, Hana’s father Fujio arrives at the gym and offers to help him work out. That’s when the discussions turn toward his daughter’s romantic life and he openly shares his insecurities in front of Shinichi and two other members of the gym. Since his daughter is now an adult everyone feels that Fujio should not be interfering in her private affairs as she can take decisions for herself. 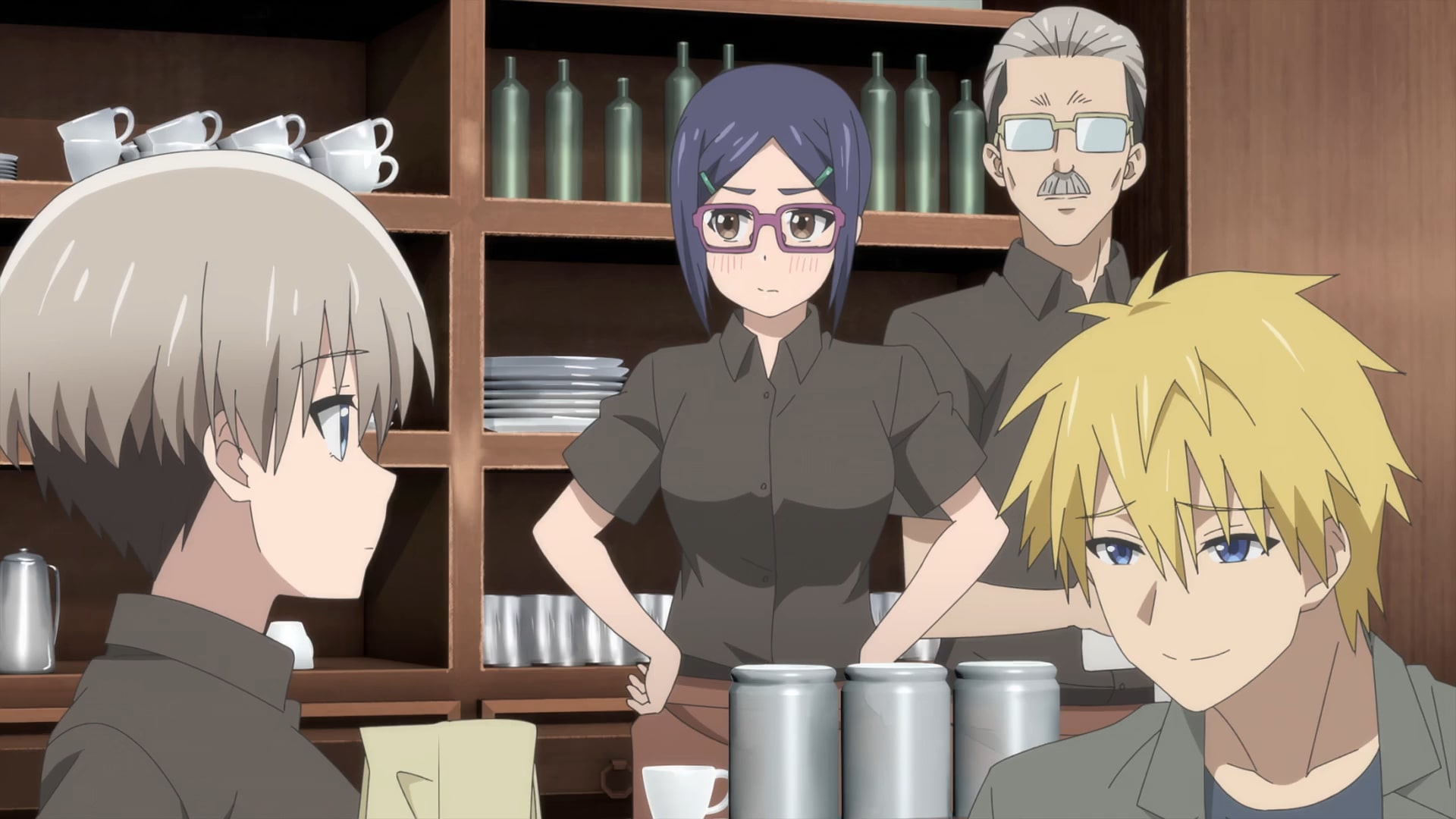 However, Fujio continues to show his insecurity and argues that his daughter is still a child for him. He goes on to tell everyone that Hana even visits her senpai’s house and cooks food for him. But interestingly she has told her family that nothing ever happened between the two of them. The two members of the gym refuse to accept it and state that she will most likely never tell her family honestly about her romantic life.

Fujio feels that Shinichi is around the same age as her daughter so he asks him whether he feels that it is possible that teenagers like him visit each other’s house and nothing ever happens even though they have a crush on each other. Shinichi honestly confesses that if a girl he likes were to visit his apartment, he won’t light-heartedly do anything to her. That’s exactly what Fujio had wanted to hear and is able to regain his usual spirit following their conversation. 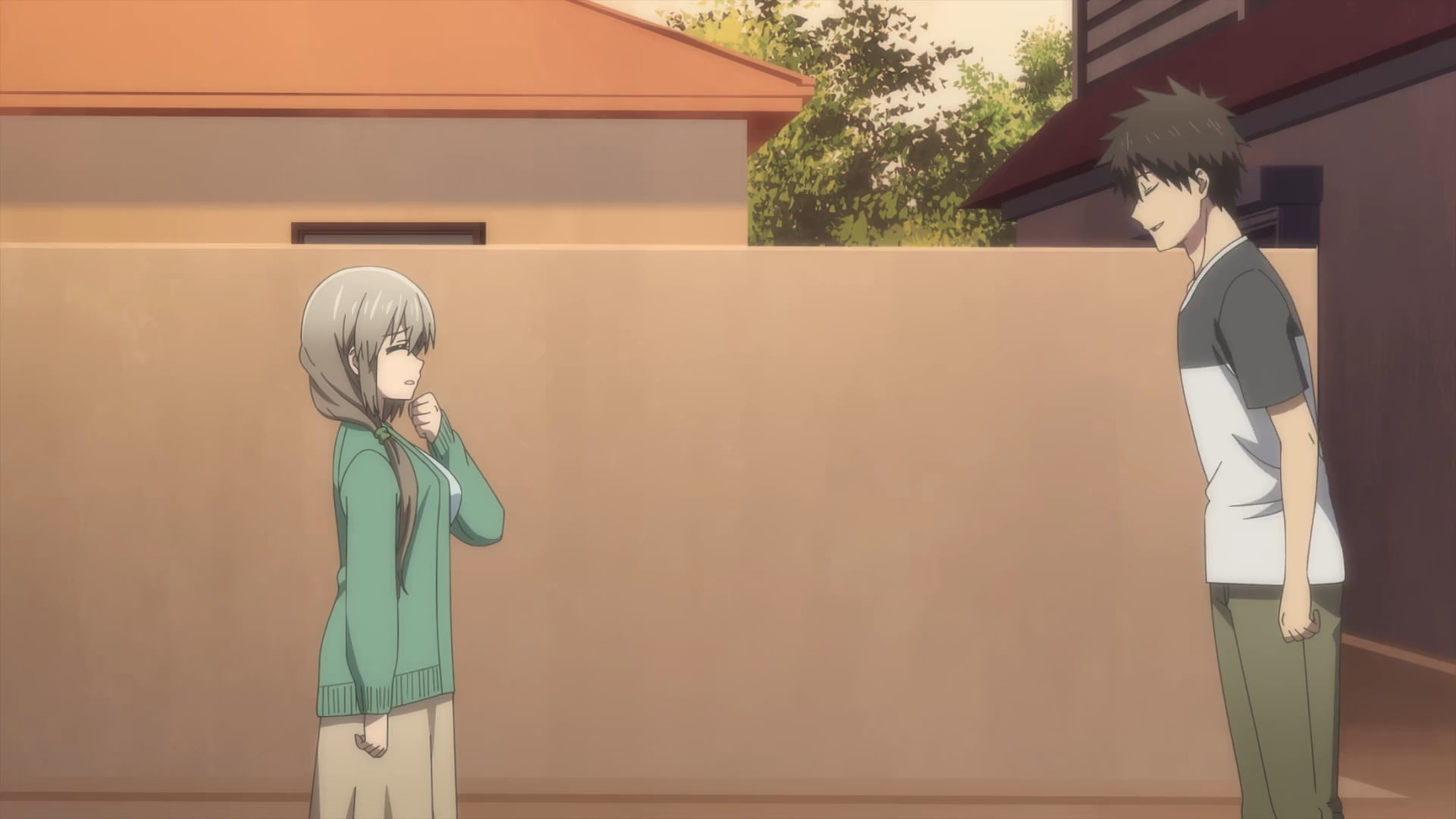 Meanwhile, Yanagi bugs his sister to take a picture with her senpai next time so that she can finally see him. When Shinichi visits Hana’s house the following day, her mother deliberately goes to the cafe so that the two of them can have some time alone. When she returns home, she accidentally meets Shinichi who has just spent a lot of time cuddling with Hana’s cats. When he explains what took him so long, Mrs. Uzaki completely misunderstands and ends up assuming that he has been romancing her daughter all this time.

Uzaki-chan Wants to Hang Out! Season 2 Episode 6 Ending: How Does Uzaki Celebrate Shinichi’s Birthday? What Does She Want From Him In Return?

On her mother’s birthday, Uzaki suddenly realizes that she does not even know about Shinichi’s birthday, even though she had been in his life for years now. In order to immediately rectify this, she calls Sasaki to the cafe to discuss the same so that she can give her senpai a big surprise this time. There she learns that Ami and her father celebrated Shinichi’s 20th birthday in the cafe. Uzaki feels that it is unfair that they got to be with him on his special day. After she requests Sasaki, he finally reveals that Shinichi’s birthday is on November 29th, so she asked him at the right time. 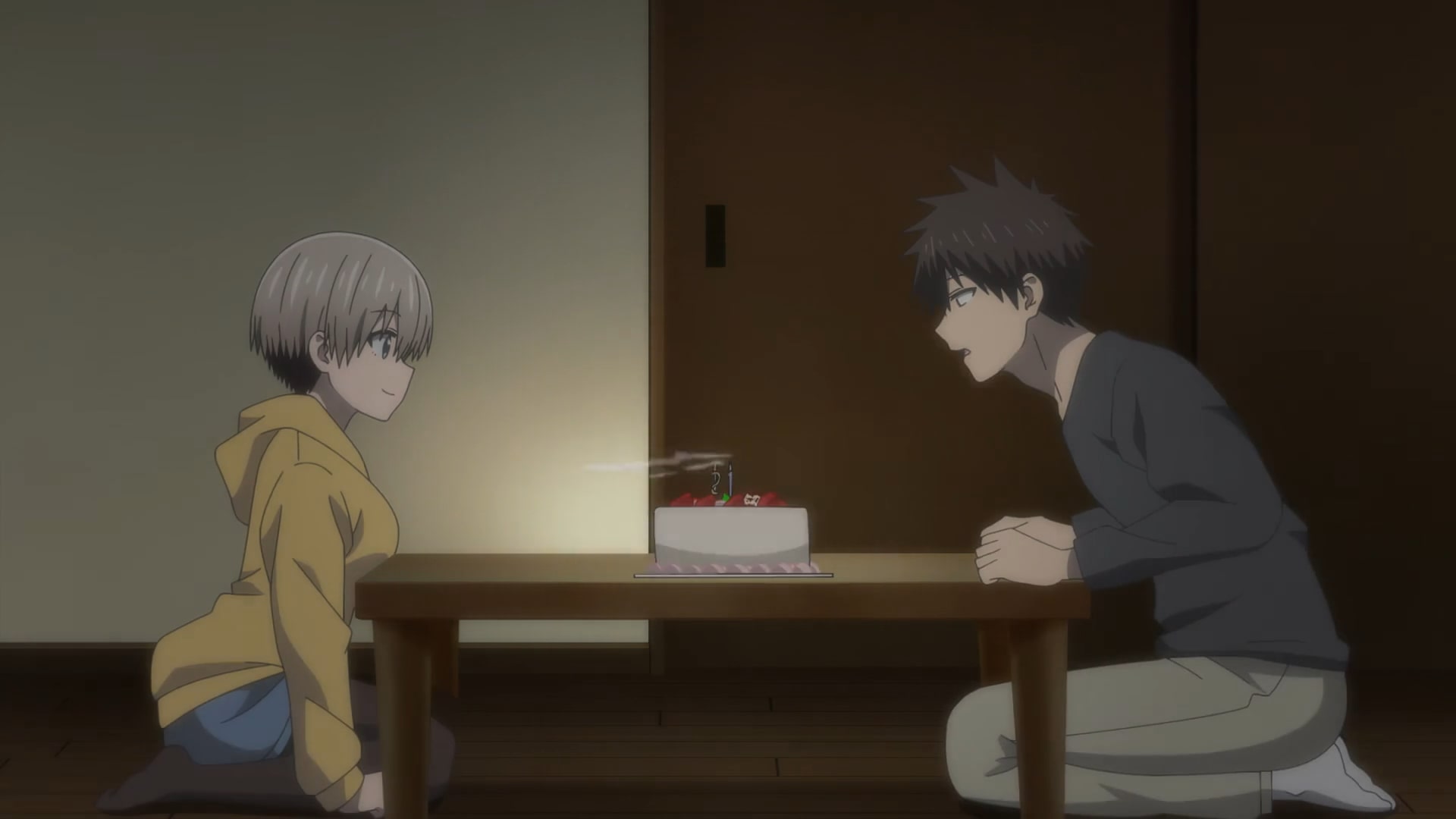 Deep down Uzaki is grateful that she now has ample time to plan something appropriate for her senpai’s birthday so that she can make him feel special. On Shinichi’s birthday, the titular protagonist visits his apartment prepared to woo him with her surprises. Since it was difficult to choose something specific to do for him, Uzaki decides to do a little of everything so that her senpai does not miss something. To start the celebration, she cooks a tasty meal for Shinichi after which the eccentric duo after which they play video games and read a few comics. Hana and Shinichi eventually cut the birthday cake as well and enjoy a tasty dinner together.

Following the simple yet fulfilling celebration, the duo goes for a walk outside. Thats’ when Shinichi mentions that he feels as if he needs to repay her for the celebration she organized for him. Although Hana initially declines she then asks her senpai to just put in the same effort that she has put to make his birthday special. She also wants him to treat her nicely for a few days, which will learn him more points. Even though Shinichi feels the last request makes no sense, he is willing to do more for her after noticing how much effort she put into his birthday.