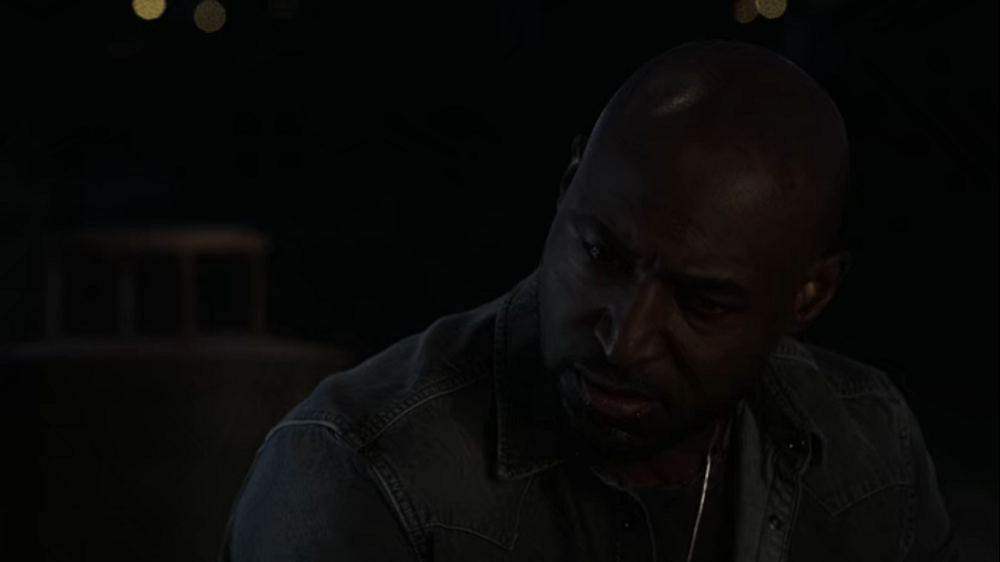 As predicted, in its second episode, titled ‘Blood Brothers’, ‘V-Wars’ gets even grittier, but at the same time, it also starts to reflect on the social consciousness of its characters in context with the world’s changing population. The thematic elements of the series now focus on the contradicting beliefs of all the characters and how they perceive the vampires. To an extent, it even reminds you of the ‘X-Men’ series where genetic mutations change a huge portion of humanity, causing ostracization and potential government action against the ones who are seemingly superior. With this, it also treats all of the characters equally instead of portraying vampires as evil beings. While making you empathize with the condition of the ones who have been affected by the virus, it sets the stage for a gruesome war that lies ahead.

Dr. Luther ends up murdering his wife in the final moments of the first episode. The cop who interrogates him for the murder of his wife does not believe anything that he says, and instead, charges him for it. Soon after this, the Department of National Security catches up with the recent events and its officers take Luther into their custody. While his son is taken-in by the Child Protection Services, he is questioned about everything that he knows with respect to the current situation of things. Dr. Luther tries to explain how the vampire-like humans have been genetically modified in such a way, that even their physiology is now starting to transform to ingest and digest blood.

He is then sent to another scientist named Dr. Nikolas whose opinions don’t exactly come in tandem with that of Luther’s. While Luther still treats the vampires as humans and claims that they only have a disease that needs to be treated, Nikolas seems to be more brash about them and calls them ruthless monsters.

In the meantime, even the epidemic further spreads and several innocents are killed by the growing population of the vampires. Parallelly, another narrative starts to unfold, in which, a female journalist starts noticing all of these peculiar murders. She then further investigates them and even ends up in Luther’s home after the murder of his wife. From her research, she deduces that he is somehow related to Fayne and has a major role to play in all of these recent killings. After posting blogs about all of her findings on the internet, she sets out further inspect everything that’s going on around her.

Episode 2 unfolds itself with several parallel narratives that reflect on the lives of all of the main characters involved in the series. While Dr. Luther seems to be grieving after the loss of his wife, he also seems to be determined to find a cure for the “illness” that has taken over the world. However, not everyone perceives it the way he does; especially Dr. Nikolas, who is willing to use even the most ruthless ways to get rid of the vampires. In the final moments of the episode, he also expresses how he believes that Luther’s intentions are a potential threat.

This episode also depicts a graphic representation of how brutally the vampires kill all of their victims, but contrary to that, it also makes you empathize with them. There is one scene where Fayne is tempted to murder a blind woman, but he somehow tries to control his urges and even helps her out later. This scene shows how there is still some humanity left in all of these vampires and they, too, are just mere victims of the disease that has infected them.

All in all, so far, ‘V-Wars’ seems to be moving in a very intriguing direction and it’s also quite refreshing to see how it’s not driven by a bland storyline that merely works in the lines of a war between good and evil. At this point, it is also a blend of many shared-world stories that will eventually align with one another. In addition, the bloodshed and gore-filled scenes remain pertinent, and above all, these also set the tone for the bleakness that will follow.