12 Best X-Men Villains of All Time 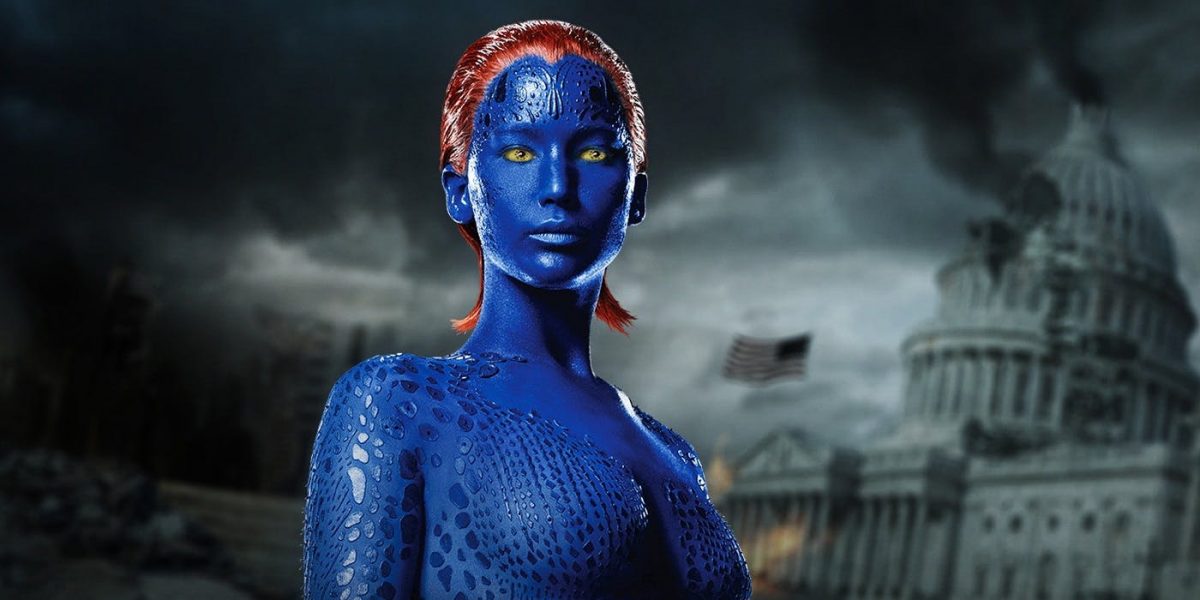 The X-Men movie franchise, kicking off with the titular movie of the same name in 2000, has been inconsistent to say the least. While they now appear to be headed in a direction favoured equally by fans and critics, it can be said that one half of the movies, barring X2 (2003) and ‘X-Men: First Class’ (2011), have been the studio’s attempts to find a direction, and the remaining half, course correction. Needless to say, the X-Men, including Professor X, Wolverine, Cyclops, Jean Grey, Storm and others remain fan favourite characters. Although, what really makes the X-Men storylines work and stand out in my opinion, is the portrayal of the inner struggles of both hero and villain, the struggle to be accepted or to stand out, the struggle between compassion and rage towards the belligerent human race that has more often than not, tried to inflict harm upon these mutants.

The X-Men movies have their fair share of villains, ones that are pure evil, but the most engaging storylines come from conflicts between the X-Men and The Brotherhood. One side, proving to the world that not all mutants are the same. The second, becoming the monsters the world makes them out to be. Regardless, these conflicts have given us some loathsome villainy incarnations on screen, and some of them in a good way. Some, not so much. So, without further delay, here is the list of best X-Men villains. Again, the villains are ranked based on their movie incarnations only, general characterisation, and strength of their portrayals.

This one had been shut off for good. A complete misrepresentation of a beloved fan favourite character, Deadpool/Wade Wilson/Weapon XI made an unremarkable onscreen debut with ‘X-Men Origins: Wolverine’ (2009), as a “mutant killer” possessing the powers of multiple mutants. Needless to say, the experiment backfired horrendously, with the film facing backlash for meddling with a lot of other fan favourites (Gambit, Cyclops, Blob), doing more damage than good. Thankfully, we now have the same Ryan Reynolds playing “the merc with a mouth” in ‘Deadpool’ (2016) and its sequels in the future, being unabashedly crass and violent, dressed in red spandex, which is a LOT closer to the source material than this incarnation of the character. 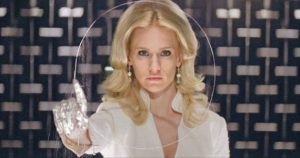 Emma Frost, a telepath also having abilities to shapeshift into diamond form, (making her resistant to the telepathy of other mutants) made her cinematic debut in ‘X-Men: First Class’ (2011), played by January Jones, as an accomplice to Sebastian Shaw and member of the Hellfire Club. She is a foremost foe of the X-Men in the comics initially, eventually siding with them and becoming their leader with Cyclops. In the film version though, she is revealed to be killed off during the events of ‘X-Men: Days of Future Past’ (2014). Her telepathic powers are said to rival those of the Professor himself; added to that her diamond form should make her a force to reckon with. Alas, she is reduced to merely a sultry sideshow to Shaw in the film. For a more accurate portrayal, I would recommend watching the animated series, ‘Wolverine and the X-Men’ (2009), but for the movie portrayal, this mutant occupies #11 on our list. 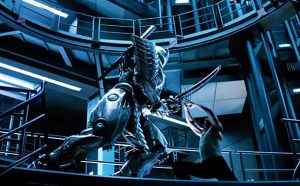 The Silver Samurai was an adamantium suit of armour, operated by Japanese business magnate Ichirō Yashida, who Logan had saved during the bombings of Nagasaki, in Hugh Jackman’s second solo outing with the character, ‘The Wolverine’ (2013). Yashida offered to pay Logan’s debt by having his healing powers transferred to his own body. Upon refusal, he fakes his own death, and confronts with the Wolverine, cutting off his adamantium claws, attempting to gain Logan’s healing powers for eternal life. He is eventually stopped by his granddaughter, Mariko, and overpowered by Logan in a less than spectacular finale. Way to pay a debt, Mr. Yashida. 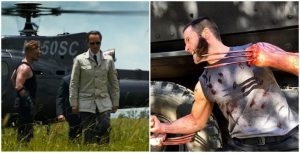 Dr. Zander Rice, played by Richard E. Grant in ‘Logan’, is revealed to be working on a revamped version of the Weapon X program, years after his father was killed during Logan’s escape from the Weapon X facility. Being responsible for creating the Transigen virus that wiped out most of mutantkind and affected Logan’s healing abilities, breeding his own army of mutant children, and creating the mutant weapon, X-24 (played by Jackman only) who kills Charles Xavier, and lethally impales Logan in a mano-e-mano, I’d say he is a pretty bad guy; but all of this is revealed in retrospect, in merely ten minutes of screen-time. Owing to this, the evil doctor and his weaponised mutant creation occupy #9 on our list.

Introduced to be Logan’s half-brother, Victor Creed in ‘X-Men Origins: Wolverine’ (2009), Sabretooth is Wolverine’s long standing archenemy. Possessing similar healing qualities as Logan, and animal-like claws and fangs, Victor is shown to be a remorseless killer unlike Logan, often leading to ideological clashes between the two, with Sabretooth often subduing Logan in battle. The character was portrayed by Tyler Mane in the first X-Men film, and by Liev Schreiber in ‘Origins’. While Mane’s character was only developed marginally, Schreiber’s character was given significant backstory and gravitas, and portrayed pretty well by the actor, explaining the feud between these ever battling mutants, thus warranting #8 spot on this list.

Borrowing from “The Dark Phoenix Saga”, the account of Jean Grey succumbing to the persona of Phoenix when it overcomes the psychic barriers set by the professor forms a part of the already bloated storyline of ‘X-Men: The Last Stand’ (2006). The Phoenix as a cosmic entity is capable of immeasurable destruction and total annihilation, a glimpse of which was seen in the film, and as played by Sophie Turner in ‘X-Men: Apocalypse’ (2016). Jean Grey’s Phoenix persona was responsible for the deaths of Cyclops and (apparently) Professor X in the 2006 film, and a couple of defenseless soldiers, while causing uncontainable destruction, unleashing her dark side. However, like a lot others, this storyline too seemed underdeveloped and forced into the narrative of ‘The Last Stand’, and left the viewers wanting more.

Bolivar Trask is infamous as the scientist responsible for the creation of Sentinels: enhanced robots with capabilities of flight, detecting mutants, and great physical strength and defenses. Both Trask and his Sentinels were first introduced on film in ‘X-Men: Days of Future past’ (2014), Trask being played by the amazingly talented Peter Dinklage. In the film version, the Sentinels are shown to be intelligent creatures, targeting the mutant X gene, adapting to the powers and attacks of their mutant foes, ushering in a dystopian future where most of the mutants are either killed or captured. Considering the mutants to be a threat to the human race, convinced that the next big war will be between the humans and mutants, his contempt and disregard for mutants, as he coldly experiments on them, coupled with his ruthless Sentinels and Peter Dinklage’s convincing performance put him at #6 on our list of the most compelling X-Men movie villains. 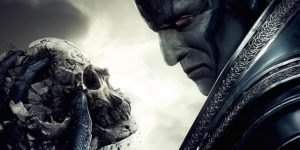 Referred to in many forms of media as “the first mutant”, the character of Apocalypse/En Sabah Nur was given an interesting religious angle in ‘X-Men: Apocalypse’ (2016). Recruiting four “horsemen”, Magneto, Psylocke, Angel and Storm, and imbuing them with greater powers, he plans to wreak havoc on Earth, to rebuild a better one from its ashes. The character is portrayed by Oscar Isaac who is virtually unrecognisable beneath all that makeup and CGI, making for a menacing portrayal of a fan favourite X-Men villain. His authority, supremacy and sermonising how humanity had lost its way without him, is spot on. Although showing a little deviation from the source material, Apocalypse makes for a formidable foe, posing threats the likes of which hadn’t been encountered by our heroes before, earning him #5 on this list. 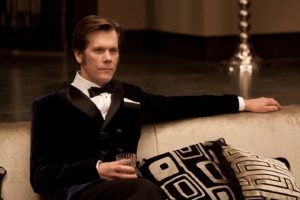 Sebastian Shaw is a supervillain, a mutant with the ability to absorb energy and manifest it in a desired form. Introduced on cinematic medium in ‘X-Men: First Class’ (2011) and played by Kevin Bacon, using the Nazi alias Klaus Schmidt during the Second World War, he helps little Erik realise his powers, albeit killing his mother in doing so. Using his powers to prevent aging, years later, he leads the Hellfire Club and plans on starting World War III bringing mutants at the forefront of civilisation. Needless to say, the X-Men foil his sinister plan, only to be divided in the end. But you can’t help and cheer when Erik finally exacts revenge on Shaw for killing his mother by passing a coin through his head; a testament to Kevin Bacon’s suave and balanced portrayal of Shaw. He kills ruthlessly, plots cunningly and preaches in an almost megalomaniacal manner. He is that textbook villain from the 70s, loathsome yet smooth, and it’s a pleasure watching him being served justice. Full marks and #4 spot for that.

Prior to Jennifer Lawrence’s ambiguous take on the character, beginning from ‘X-Men: First Class’ (2011), the shapeshifting Mystique has mostly been portrayed as a recurring foe of the X-Men, a trained assassin, and an accomplice of the brotherhood and Magneto, in both comics and the first trilogy of X-Men films. Her ability to transform into anybody at will, adopting their powers as well, her ferocity and agility make her a difficult competitor to overcome. While Lawrence’s take offers an insight into the character, explores her origins and reflects on her moral sidings, Rebecca Romijn’s portrayal of Mystique in the original trilogy is straight-up badass, kicking X-butt on more occasions than one. She has also infiltrated the X-Men multiple times, transforming into one of the mutants, causing major conflicts. Bolivar Trask in DOFP remarked that her genes could hold the key to mutation itself, her DNA being used to create the deadly sentinels of the future. If anything, this mysterious mutant is better off siding with our heroes, well, for the time being. 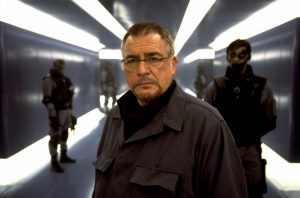 Now here is a villain you can’t help but hate. Filled with nothing but contempt and hatred towards mutants, and fanatical in his approach, he finds it his calling to exterminate all mutants and rid the world of them for good, often indulging in hate crimes towards mutants and experimenting on them. He is also responsible for the transfusion of Logan’s skeleton with adamantium in an attempt to weaponise him, under the weapon X program. In the movie versions, he is played by Brian Cox in ‘X2’ (2003), by Danny Huston in ‘Origins’ (2009) and by Josh Helman in DOFP and ‘Apocalypse’. Though the hatred and disregard for mutant life is apparent in all versions, the portrayal that stands out most and is generally well done is Brian Cox’s turn as the mutant hating colonel, who doesn’t dither in even using his son for his behest. Need more reasons to hate him? 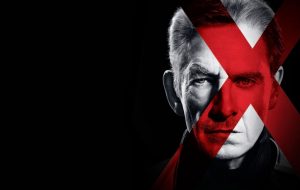 Who other than the antibody to the Professor’s school of thought to occupy the #1 position? Magneto derives his name from his ability to manipulate magnetic fields. Not your typical villain, he regards Charles Xavier a friend rather than an adversary, even having worked alongside the X-Men on multiple occasions. A holocaust survivor, Erik strongly believes that humanity and mutantkind cannot coexist together, considering mutants as humanity’s reckoning, which is the polar opposite of the Professor’s belief of harmonious co-existence, causing fertile ground for conflict. The character of Magneto is portrayed by Sir Ian McKellen in the original X-Men trilogy, and by Michael Fassbender in X-Men films following ‘X-Men: First Class’, with both actors portraying Magneto in the same film too, ‘X-Men: Days of Future Past’, in different timelines. Both, Sir Ian and Fassbender portray their roles to perfection, bridging his journey from Erik Lensherr to the cold hearted Magneto.

There is a certain personal touch to Magneto’s backstory, which makes the character so endearing; this is a villain, who feels wronged. As an audience, you understand his stance and motives, even though questioning his methods. Nevertheless, his backstory and conflict translate to some great, goosebumps-inducing scenes on screen. There is a reason IGN ranks Magneto the best comic book villain of all time.