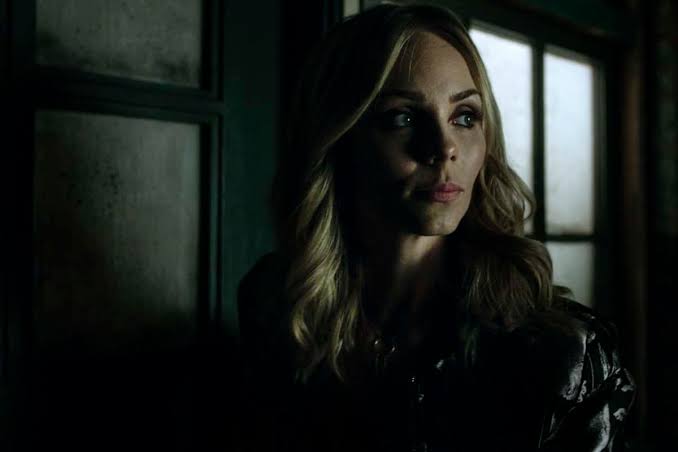 Initially, though I noticed how the first season of ‘V-Wars’ was more of a slow burn, I really expected it to have a conclusive ending where almost all of its plot points would come in full circle. But with all the revelations and mysteries that the penultimate episode has presented, it’s almost like the consequential part of its overarching story is only in an inceptive phase.

Although Episode 9 raises a lot of questions and even introduces a lot of potential plot points, it also brings in some hope for how the war between humans and vampires can be resolved. But eventually, somewhere near its end, it again throws the possibility of any resolution out of the window with a surprising little twist.

Episode 9 starts off with Dr. Luther’s court testament where he fears that if he utters even one truthful word, his ex-wife will be killed. But after realizing that the stakes are way too high now, he reveals everything that he knows about the DNS and how they have also been organizing Internment Camps for the vampires. While Mike sees this as an opportunity for the vampires to finally lure humans to their side, Ava thinks otherwise. Even after Mike asks her to patiently wait for the right moment to strike, she defies him.

Meanwhile, the Senator gets desperate and tries to arrange a meeting with Mike in order to secure a peace treaty. But since Mike really despises politicians, he disagrees. With this, Luther is forced to represent humans during the negotiation, as Mike would only comply with him. They set up a meeting, and after Luther’s consistent efforts to convince Mike, he finally decides to call-in peace between the vampires and the human. However, he also warns him that “the devil lies in the details.”

While everything seems to be drifting towards a peaceful ending, Dez and the Senator’s daughter discover that there was once a vampire staying in their basement. Somewhere near the end of the episode, it is revealed that the vampire is actually the senator’s daughter herself. In the final moments, the episode takes us to a shady hospital room where it seems like Dr. Calix is transforming himself into a vampire.

The first few episodes of the series were all about revealing the true nature of the vicious vampires, but midway through the season, all the gore and action scenes take a step back and the plot plunges deep into its political themes. As I mentioned earlier, the main segment of the overarching plot is only starting to unfold itself in the second last episode of the season.

So, from the looks of it, the entire first season was more or less of a build-up for the actual war that will take place in the sequel. All the previous episodes have subtly created a looming sense of tension between vampires and humans. The peace treaty introduced in Episode 9 does dwindle the chances of this upcoming war, but I’m pretty certain that the closing episode of this season will have the major trigger that will finally initiate the much-anticipated war.

When it comes to the characters, almost all the secondary protagonists of this season have gone through some major transformations. Milke almost feels inhuman and also expresses how he’s starting to succumb under the pressure of being the patient zero. He clearly despises being the leader of the vampires, but because of the circumstances, he does not really have an option. Meanwhile, Dr. Luther is probably the only character who has not changed at all. He still hopes for a better future and is living in the past. He even strongly believes that he can rekindle his bond with Mike without realizing that they’ve come really far from how they used to be.

Overall, until now, almost the entire season seemed to have a very typical lag line formula. But what makes it truly interesting is how it deals with all of its characters and gradually creates traction between the two opposing parties. However, the ninth episode, though it heavily reckons on the conversations of its characters, it brings in some major plot twists that make you beg for more content. From this point on, there is indeed no turning back.

Read More: Where Was V-Wars Filmed?