Are Vee and Jo From Teen Mom Still Together? 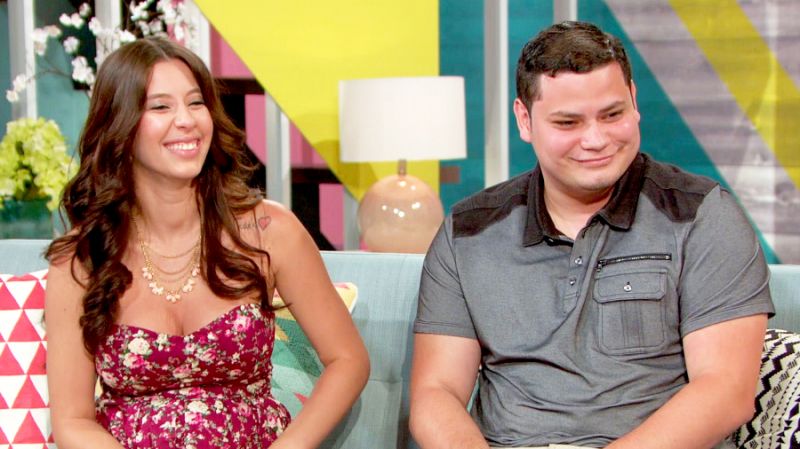 MTV’s ‘Teen Mom’ franchise navigates through motherhood and the various struggles of being a young mother. One of the biggest challenges that teenage mothers face during pregnancy is their rocky relationship with the baby-daddy. Fortunately, Vee Torres did not land herself in such a difficult situation. But she certainly had to overcome countless obstacles before she could be with the love of her life, Jo Rivera. While it looked like they had crossed all hurdles, the couple is still grappling with problems that might put their marriage in the red zone. We followed their journey right from their appearance on the show until this point in time. Here is everything we found out!

Undoubtedly, the couple had an unconventional start, but they soon turned the odds in their favor. When Jo Rivera started dating Vee Torres on season 4 of ‘Teen Mom,’ the viewers lashed out at them. Particularly, Vee was criticized for not making her beau understand his fatherly responsibilities towards the young mother Kailyn Lowry, and their son, Isaac Elliot. Also, an animosity was felt between Vee and Kailyn on the season’s reunion episode. But over time, all three of them have proved themselves to be better people than they first appeared.

Vee and Jo started seeing each other on June 23, 2011 and proudly continued to hold hands in the face of all hatred. The MTV star knew it in his heart that what they had was real and pursued the relationship with dignity and respect. They welcomed their daughter Velisse “Vivi” Eva in October 2015 and have been raising her and Issac together. Around two years after Vivi’s birth, Vee and Jo decided to take their relationship to the next level by tying the knot on September 23, 2017.

Jo’s ex and Isaac’s mother, Kailyn Lowry, was also present at their wedding and cried happy tears on witnessing their beautiful bond. She cleared the air by dismissing the possibility of any bad blood between her baby-daddy or his new wife. In fact, she mentioned in her book 2014 ‘Pride Over Pity’ that she could not have asked for a better step-mother for her son than Vee.

Are Vee and Jo Still Together?

The viewers have followed their journey even after their stint on the fourth season ended a long time back. Factually speaking, Vee and Jo are the two people in the show’s history that have been together for nine years now. But doubts seem to have arisen lately in regards to this. It seems a little odd that Vee’s social media accounts do not have a single picture with her husband. All their wedding posts have also been taken down, and her last Instagram story that mentioned him was in May 2020.

However, this is only a speculation based on the public nature of their marriage. Their fans are earnestly rooting for these two and wishing that there is no trouble in their paradise. Kailyn Lowry and Vee Rivera have collaborated on their new project, a podcast named ‘Baby Mamas No Drama,’ which is launching soon. Hopefully, Vee might use the platform to throw some light on her relationship status and clear the air.

Read More: Are Briana and John Still Together?