Established actors starring in their own passion projects can produce disastrous results, and there are plenty of examples of that. Perhaps the most significant way B.J. Novak negates that in his first project as a writer-director by approaching the subject matter with a sense of humility. In ‘Vengeance,’ Novak’s Ben Manalowitz is a quintessential New Yorker who travels to a small town in Texas to attend the funeral of a girl he barely knew in search of a story and finds a lot more than that. Here is everything you need to know about the ending of ‘Vengeance.’ SPOILERS AHEAD.

There is nothing particularly unique about Ben if we take his big-city surrounding into account. People are spoiled for choices in every aspect of their lives, and that has inevitably led to a sense of disconnect — from each other and the world at large. Ben is the product of his environment, the New York millennial culture that doesn’t have a favorable view of most things beyond the city limits.

While ‘Vengeance’ looks at city life through a critical eye, it doesn’t belittle it. And anyway, the focus of the film is on life in that small Texas town, where the story begins with the death of Abilene Shaw (Lio Tipton). Meanwhile, in New York, Ben is at a party with his friend John (John Mayer), chatting away about how happy they are in their lives of immediate gratification. John simultaneously dates too many women, and Ben is pretty much immersed in the hookup scene. In fact, that’s how he met Abilene in the first place.

Although Ben appears to be an accomplished journalist who contributes to the New Yorker, he aspires to be a podcaster, but his producer friend Eloise (Issa Rae) observes that his ideas, remarkable as they are, are just ideas; they don’t have much substance behind them.

That night, after yet another hookup with a girl he barely knows, Ben gets a call from Abilene’s inconsolable brother Ty (Boyd Holbrook), telling him that Abilene has died of a drug overdose. Although he and Abilene slept together a few times, they were not in a relationship as far as Ben is concerned. But it appears that Abilene thought otherwise and told her family so.

After Ty somehow convinces Ben to come to Abilene (yes, the girl was named after the city she was born and grew up in) and attend the funeral, the latter finds out that Ty thinks that his sister was killed, though the cause of death officially is opioid overdose and wants Ben’s help to get revenge on whoever killed his sister. While Ben doesn’t believe this to be true and has no intention of seeking any kind of revenge, he thinks that there is a podcast-worthy story here and contacts Eloise. After learning that Ben is in Texas and his reasons for it, Eloise initially thinks that he is pitching about his own life and the disconnect and selfishness that are unmistakably part of it before Ben explains that he wants to do the podcast on the new American reality, where people refuse to acknowledge the truth and seek out the wildest possible explanations. The death of Abilene, he declares, is the death of American identity and the need to find someone to blame for it.

After receiving a go-ahead from Eloise, Ben tells Ty that he will be living with the latter’s family for the next few weeks., Ty is ecstatic about the prospect, as is the rest of the Shaw family, who thinks that Ben was Abilene’s boyfriend. They welcome him with open arms, offering every bit of hospitality that American South is known for. As the film progresses, Ben learns that beyond their archetypal behavior, there is a genuineness that is sorely missing from his own life. But that feeling becomes complicated in the final act of the movie.

Vengeance Ending: What Happened to Abilene?

‘Vengeance’ is a satire, but it’s more self-reflecting than observational satire. This isn’t a story about a progressive big-city man visiting a Conservative town and finding the residents banal and the experience surreal. At the same time, this isn’t also a story where a pretentious semi-intellectual from the city gets the lesson of his life in a small town, though it appears to be so for a while. As a writer-director, Novak lets his character be the focus of the satire until the truth comes out.

After listening to Abilene’s songs, which he gets from a local music producer, the enigmatic Quentin Sellers (Ashton Kutcher), and actually listening to them, Ben finds himself overwhelmed by a sense of deep regret. He also grows close to the Shaw family and is self-aware enough to realize that what he is doing to them is nothing short of exploitation. He is also told by enough people enough times that he starts to believe that Abilene couldn’t have possibly overdosed.

However, the truth then hits him like a locomotive. Abilene’s grandmother lets it slip that her late granddaughter was an opioid user. It turns out that it was Ty’s idea to lie to Ben to keep him in the city. So, there was some exploitation on the part of the Shaw family as well. But that doesn’t negate what Ben did. He finishes his podcast with self-reflection, going back to Eloise’s initial belief about what Ben’s pitch was about.

As he returns to spend his last night with the Shaw family, Ben figures out the password to Abilene’s phone and learns that she too exploited him in a way. She was speaking to someone the family knew, but she evidently didn’t want them to realize that she was in a relationship with this person and used Ben’s name to save his number. It worked, and her family thought that “Ben” was her boyfriend. Ben Manalowitz realizes that this Ben must be at the party where Abilene died earlier and discovers that he is none other than Quentin.

Ben learns Quentin is involved in the drug trade. Abilene died in Quentin’s tent, and then he had her body moved to a location that is in the middle of four jurisdictions. As a result, no proper investigation was conducted, and Abilene’s death was chalked in as yet another case of opioid overdose.

Why Does Ben Kill Quentin?

The climactic conversation between Ben and Quentin encapsulates the theme of the film. Quentin underscores how Ben has exploited the Shaw family while acknowledging that he has done the same to the entire community while pretending to be a benevolent contributor. He is unafraid that Ben will expose him to the world, knowing that the said world will eventually question the truth. 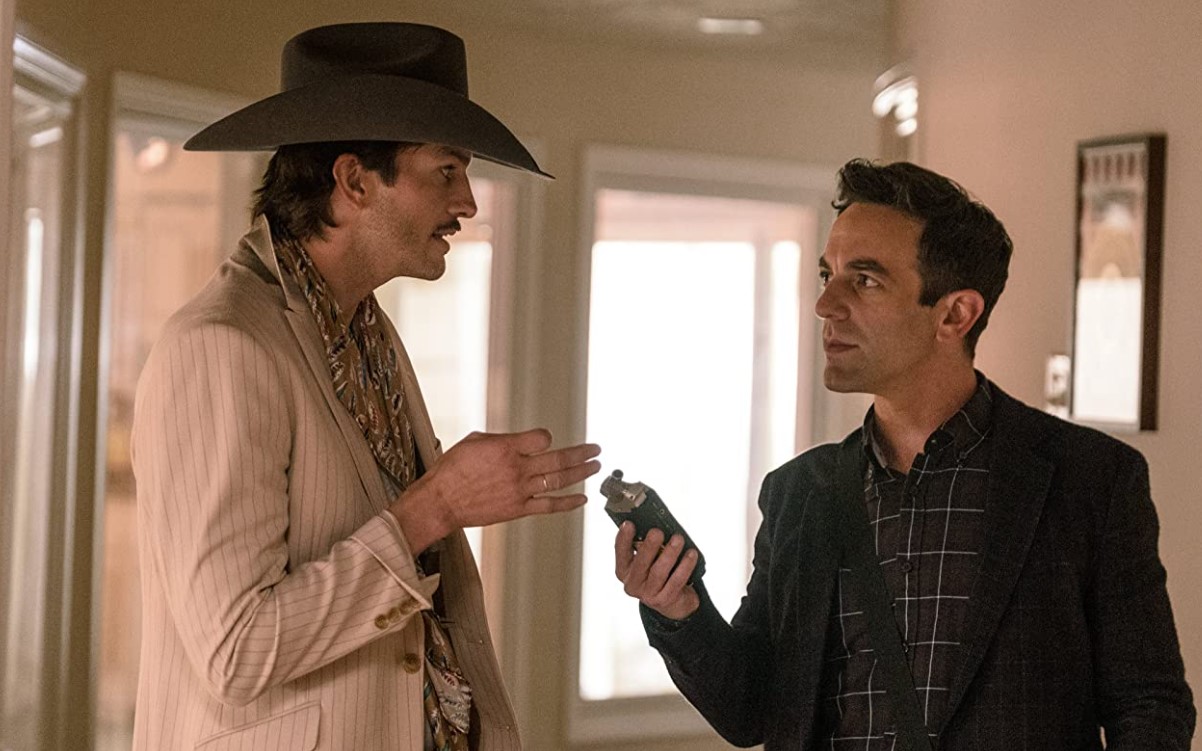 The fatal mistake that Quentin makes here is that he doesn’t take into account how much Ben has been influenced by his time with the Shaws. He thinks that Ben will try to make him face justice through social media, never considering that Ben can take a gun and shoot him. And that’s what Ben does. Afterward, he removes all the recordings he has made for the podcast. It’s a story of a tragedy within a family, and the story belongs to them alone. However, it is heavily implied that he tells Ty and Ty’s mother what really happened, who was responsible, and what he did to that man. He returns to New York, while the local police conclude that Quentin’s death is related to the drug trade.