When Does Vikings Season 6 Episode 4 Premiere? 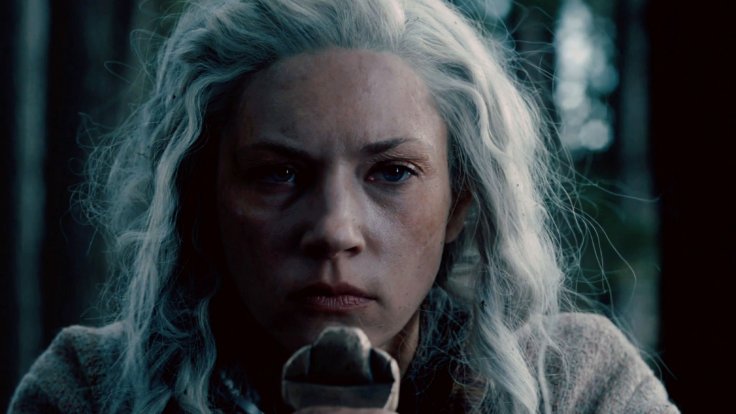 ‘Vikings‘, as you all already know, is based on the exploits of Ragnar Lothbrok, the Viking legend, who is somewhat of a Norse hero. Following the stories of his true raids, we understand why he is considered to be the scourge of countries like France and England. Ragnar’s rise from being a farmer, to the king of Scandinavia, thanks to the raids, and the support of his friends, family, and warriors, is well documented in the series.

The current season, which is supposed to be the last, already sees a shift in focus, from the life of Ragnar to that of his sons, so that we can follow their exploits and understand Ragnar’s legacy. The first two episodes already set up the story, showing how Lagertha decides to take a step back from active politics, while Bjorn has to wear the crown and deal with the responsibilities. Meanwhile, Ivar seems to be making his own plans, growing closer to the ruthless Oleg all the time. The new episode picks up from this point.

Naturally, you must be wanting a recap of the latest episode, and we are about to do just that. However, first, let us walk you through where and when you can see the next episode of ‘Vikings’.

Vikings Season 6 Episode 4 Release Date: When Will It Premiere?

From what we understand, the upcoming episode will see Lagertha and the village trying to fend off an attack, with tragic consequences. Meanwhile, Olaf has a bold new plan for Norway’s future. Ivar and Oleg seem to be growing closer, with the former expressing concern over the latter’s plans for Scandinavia, but Ivar also seems interested in the troubles of Igor, the young heir controlled by Oleg.

Since ‘Vikings’ airs on the History Channel, you need a subscription to watch it. If you don’t have a cable connection, there is nothing to worry about, either. Heading over to the website or app of the History Channel will allow you to watch the episode shortly after it airs on television. The cable-free streaming platforms you can use to watch the show include, FuboTV, Sling TV and Hulu Live TV.

Titled “Ghosts, Gods and Running Dogs”, Episode 3 sees Bjorn make decisions without thinking them all the way through. His plan to open up Kattegat to trade relations is wise, but his promise to do everything for the benefit of Kattegat is not going to go down well with people when they realize that his error of judgment has led to the loss of lives of soldiers. Meanwhile, King Olaf has put Bjorn in his place for now, and it will be fascinating to see how the two square off.

This brings us to Lagertha, who seems to be going back on the promise made to the gods as well. She wanted to retire from active political life, and from the action. However, when she has to fend off attacks, she rises to the occasion, training women to defend themselves. Lagertha is a warrior who has been through it all, and it is great to see that she still has her courage.

Oleg remains the best manipulator and a villain to be afraid of. He is certainly mad but is also unpredictable. Ivar still seems to be on his side firmly, and the two are meant for each other with their ruthlessness. However, there is an inkling of Ivar realizing that Oleg might have to be taken down. This is bound to pressurize the friendship between the two. Ivar, who does not like surprises, might find that the element of surprise is his best ally in taking down the new foe. Overall, the episode becomes a solid addition to the season, showing some action, and developing the character arcs. It would not be a stretch to say that we are headed for surprises in the episodes to come.