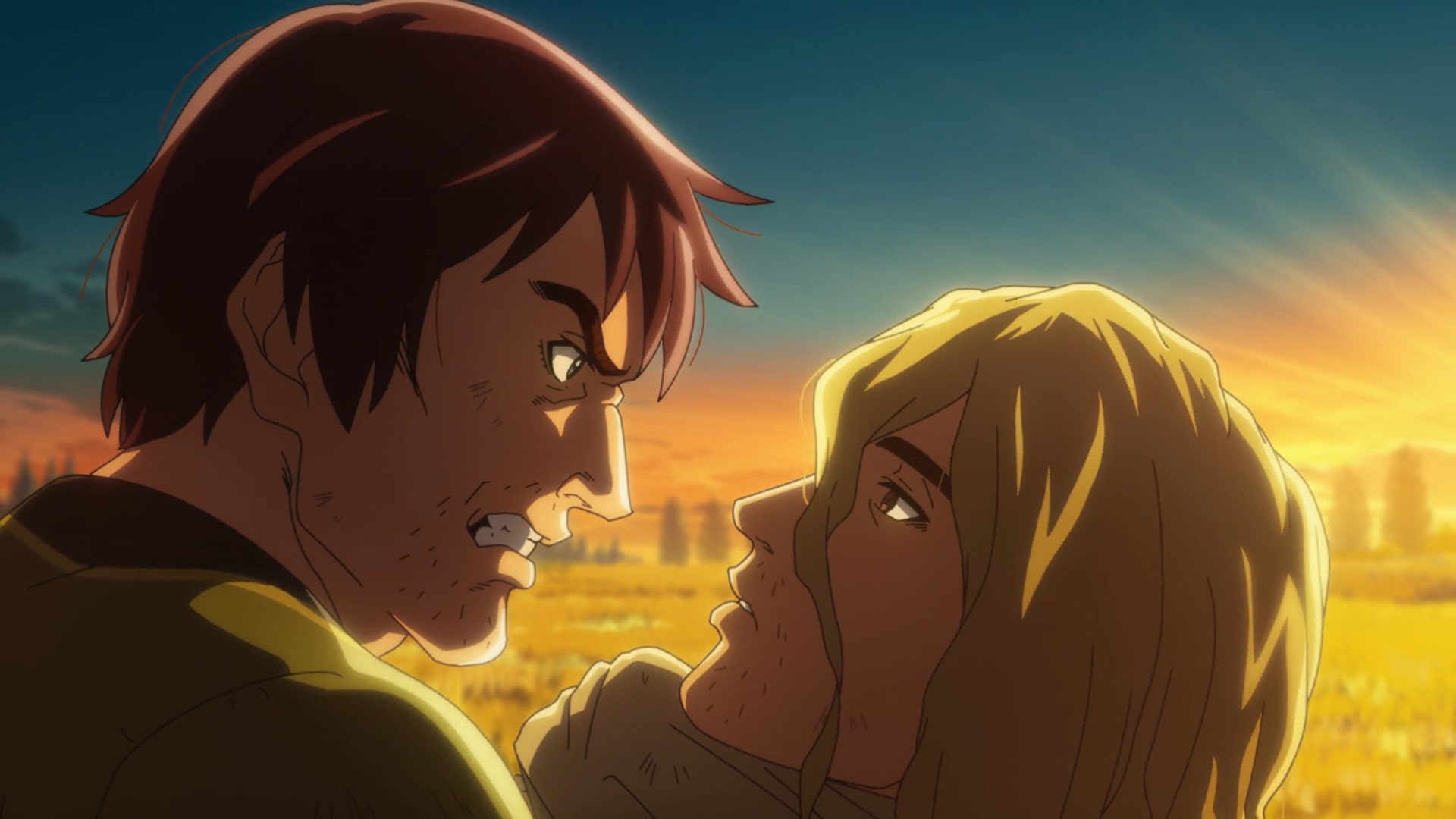 In the second episode of ‘Vinland Saga’ season 2 titled ‘Ketil’s Farm,’ Einar learns that he can earn his freedom if he manages to turn a dense forest into a wheat farm with the help of Thorfinn. Although Ketil is comparatively nicer to his slaves, Einar and Thorfinn are treated horribly by others and barely get anything to eat. One ordinary day, Einar finally sees Klint’s son Olmar on the farm, who shows no interest in inheriting his father’s property. It is later revealed that he wants to live by the sword and become a warrior, although he does not appear to be well-trained for it. Here’s everything you need to know about the ending of ‘Vinland Saga’ season 2 episode 2. SPOILERS AHEAD!

After Einar is introduced to Thorfinn, Ketil shows him a dense forest. He then reveals that it belongs to him but he will be leasing it out to Einar and Thorfinn. They will have the tough task of turning it into a wheat farm, following which they can harvest it. As they make it profitable, the duo can eventually buy their freedom by earning more than what they have been originally bought for at the slave market. The prospect of freedom fills Einar with a lot of hope who had not expected such an opportunity. 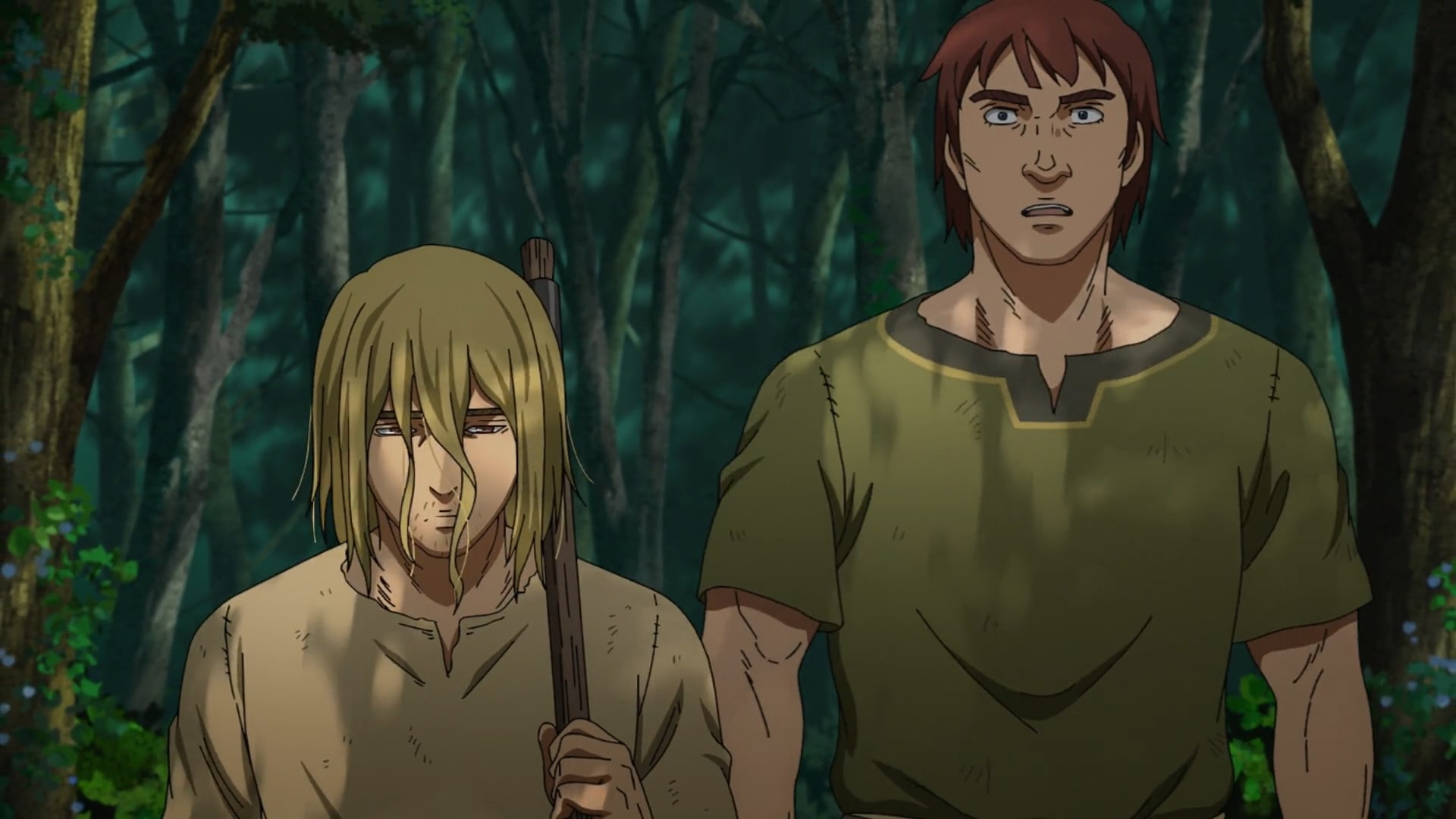 Einar and Thorfinn start working together on the same day. Although the former is very talkative, Thorfinn remains calm and quiet most of the time. They work hard until lunch and Einar gets very hungry by then. He is excited that the food will be delivered to them by farmhands. Unfortunately, he later finds out that they had quietly eaten a lot of it and there was not enough left for Thorfinn and Einar.

Einar is infuriated and wants to do something about it, but Thorfinn tells him to just ignore it since the bullying can get worse. Later that evening, Einar is about to tell Ketil what had happened but is left dumbfounded by the sheer beauty of Arnheid, a concubine and a maid who is sitting in the carriage behind. The following day when Thorfinn and Einar are busy working on the wheat farm along with other farmhands, they suddenly hear Ketil getting angry at a young man. It is soon revealed that this young man is none other than Ketil’s son Olmar, who has no interest in working there. 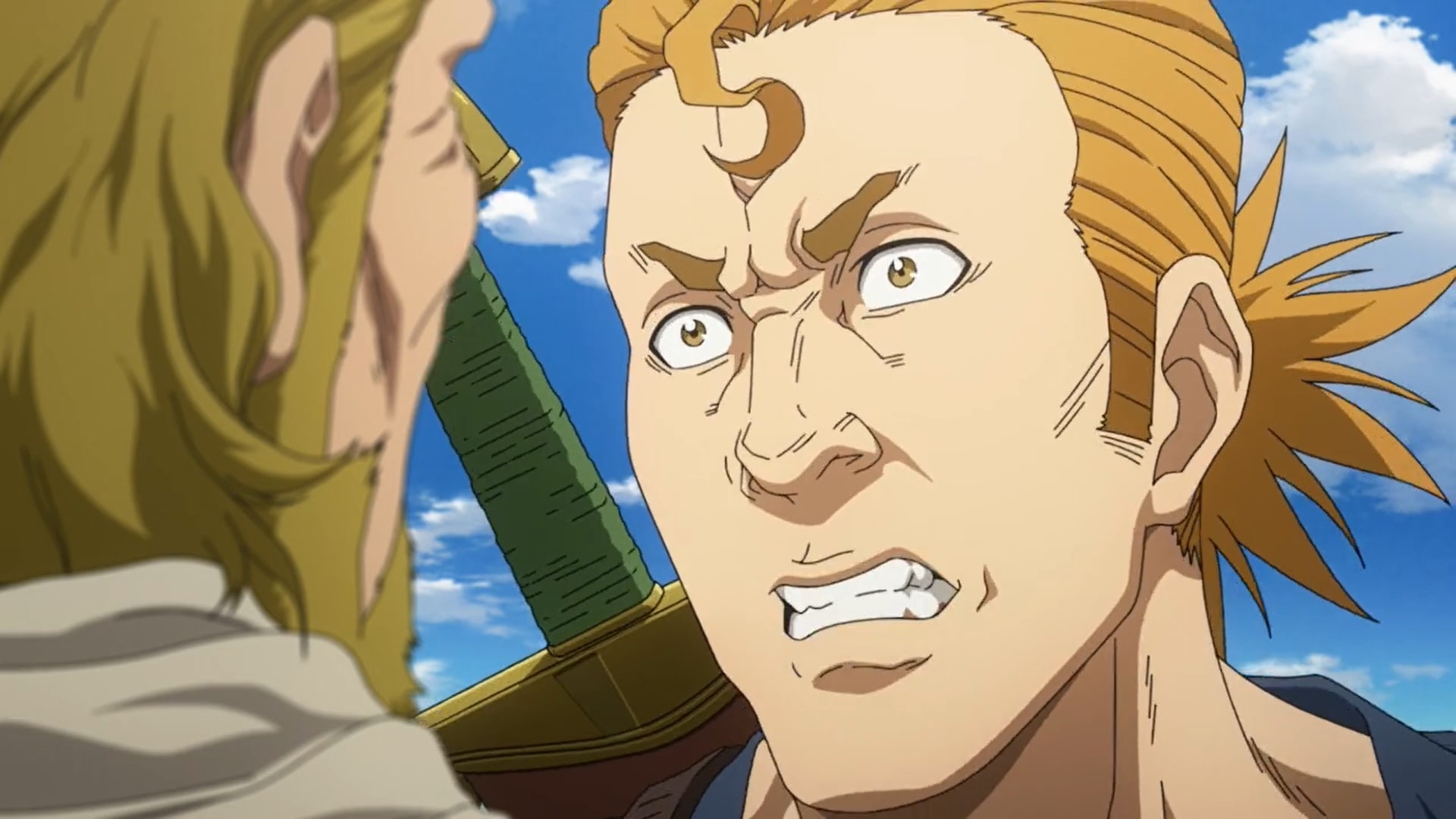 Despite being acquainted with farming for 17 years now, he could barely do even the easiest tasks without making a mess. Ketil tries to explain to him the right way, but Olmar is cranky and does not listen to him at all. When Ketil reminds him that he will be inheriting the farm one day, Olmar gets furious and tells his father that he wants to make a name for himself as a warrior and does not plan to work on the farm. As his helpless father tries to reason, he goes away on his horse.

After completing their day’s work, Einar and Thorfinn return to the rickety shed to sleep. Since they have to wake up early the following day, Thorfinn asks his new co-worker to go to sleep. But Einar is restless. He recalls Olmar talking about making his own name and living by the sword. However, he feels that Olmar does not know anything about war and has a romanticized understanding of warriors. 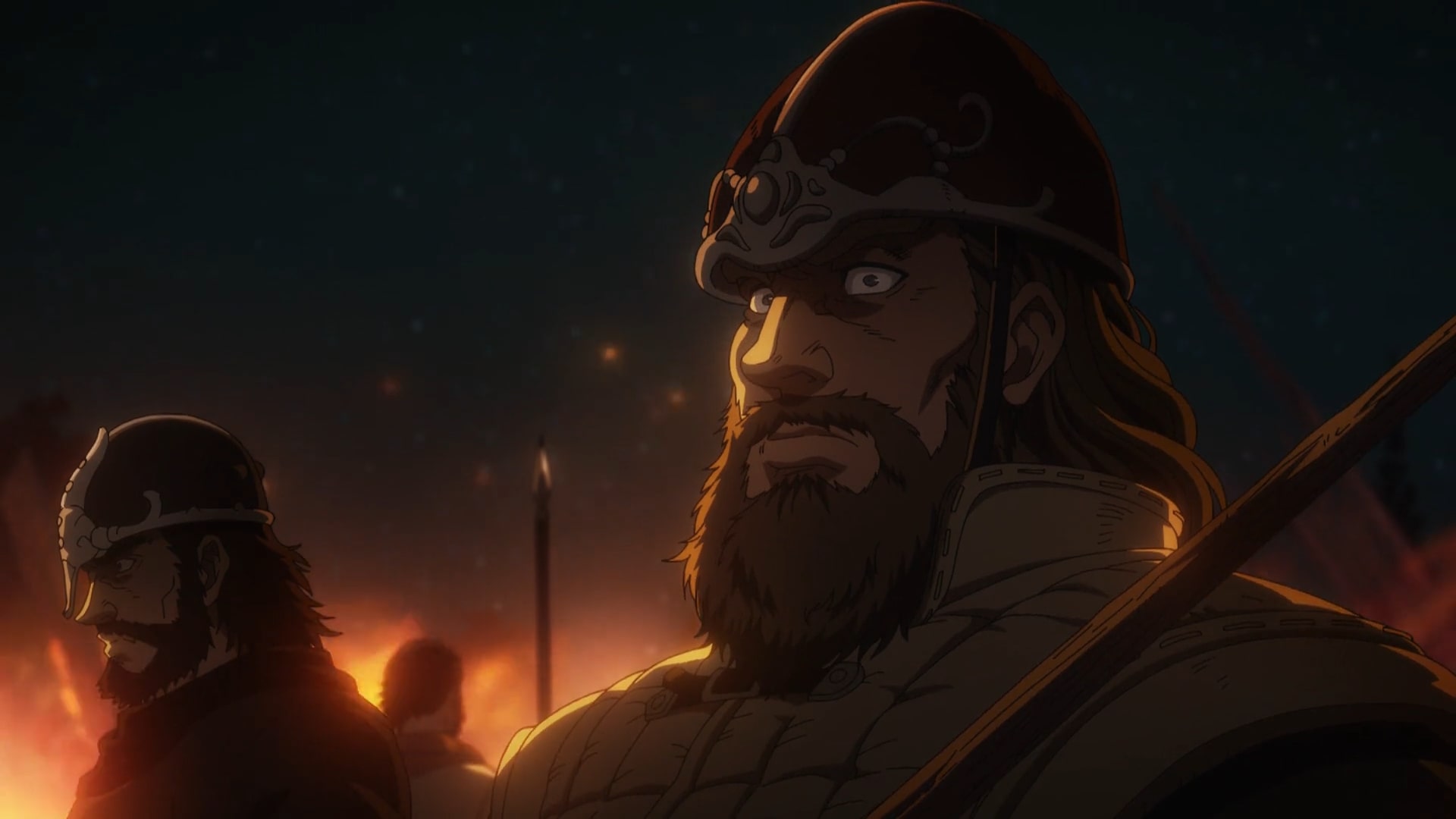 Einar feels that anyone that fights in such an intense battle is an animal. Warriors in his mind are not as cool as Olmar may think. That’s when he starts reminiscing about his own village in Northern England. He tells Thorfinn that his people were attacked twice. The first time it was the army of the King of England. Einar’s father had fought in that battle and lost his life. Although the rest of Einar’s family including him survived they were not so lucky when the Danish soldiers got to their village many years later.

They claimed to be there to free the villagers from the oppressive rule of the English king but they themselves then plundered the region. Einar lost everything in this invasion and saw his family murdered right in front of his eyes. Understanding the pain of war, he feels very strongly that Olmar is not fit to be the warrior he aspires to be. Thorfinn has been listening quietly to Einar and he suddenly recalls all the memories of war and plunder that have haunted him all these years.