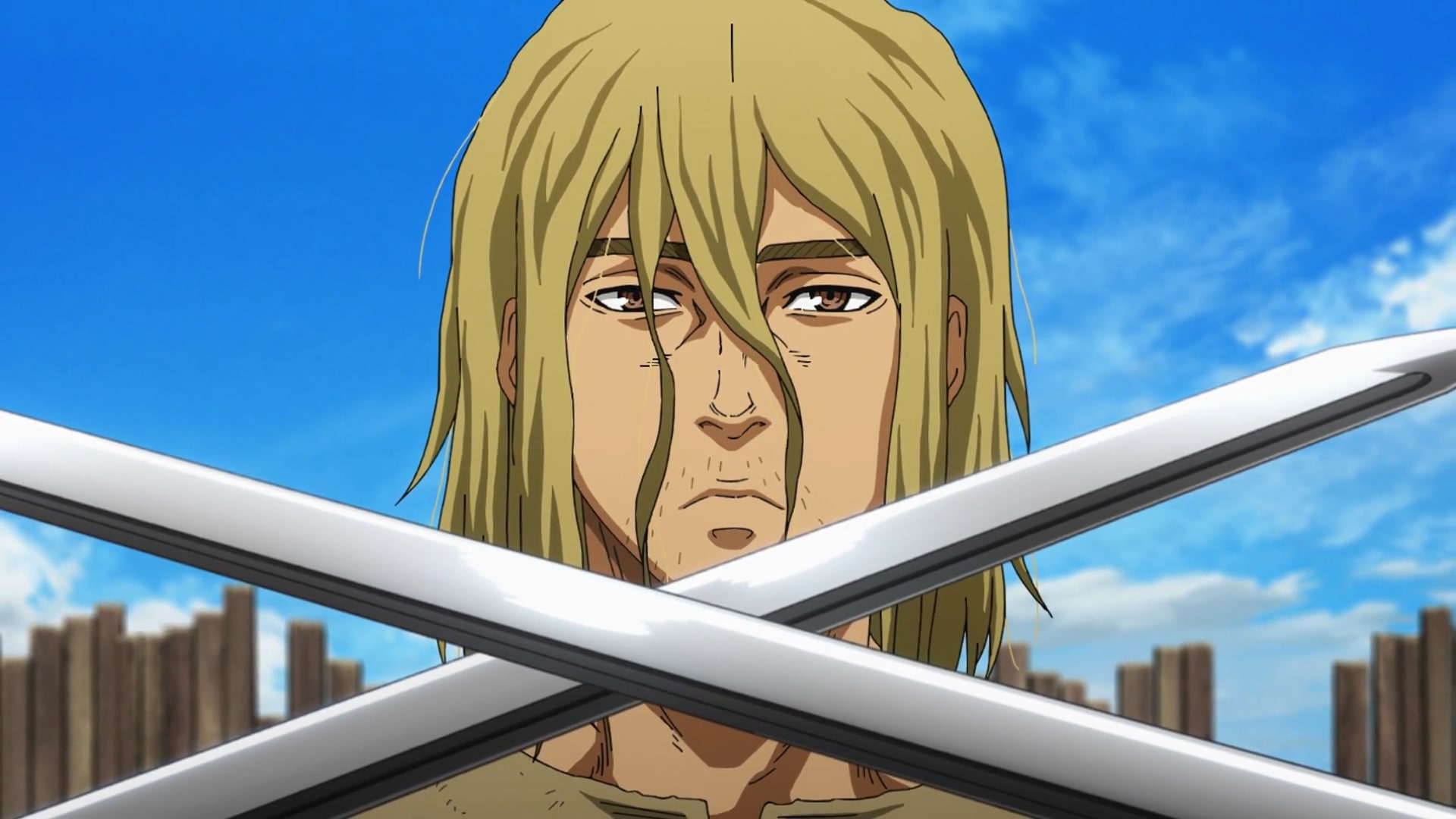 In the third episode of ‘Vinland Saga’ season 2 titled ‘Snake,’ Fox encourages Olmar to kill another human being to become a man. Meanwhile, Einar finally gets to meet Arnheid and learns that she is just another slave like him. But just when the two of them are getting to know each other, Fox accompanied by Badger approaches them with a sinister motive. Here’s everything you need to know about the ending of ‘Vinland Saga’ season 2 episode 3. SPOILERS AHEAD!

After Badger and Fox accidentally come across Olmar in the middle of the night, they take him to a beachside location where members of Snake’s band of Guests usually live. While others are busy wrestling, the duo drink with Ketil’s son, probably to make a good impression on him. But Olmar is still daydreaming about greatness and feels that no one around is smart enough to even grasp his vision. He continues to look down upon Fox and Badger. Eventually, he pushes them to the point that they no longer feel any mercy for him.

When Olmar makes the mistake of challenging Fox, he pushes him to the ground and put his feet on his sword following which Ketil’s son starts weeping. He realizes how miserable he is and begs to be killed. But Fox has something sinister in his mind and tells Olmar that becoming a man does not require much and all he needs to do is kill a man. He claims that the realization that all humans are fragile will help him get rid of all his fears and make him a better warrior. 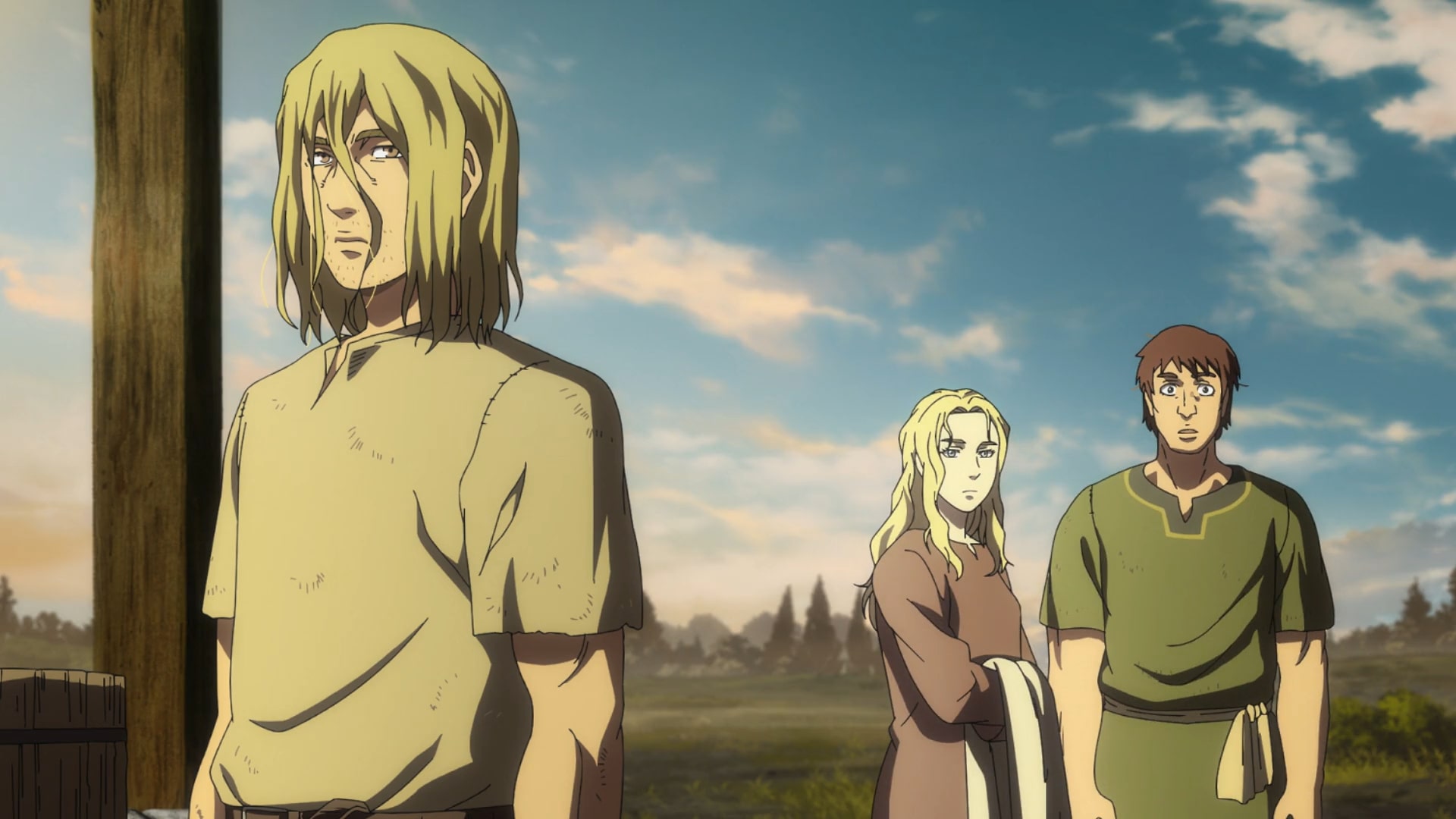 Olmar seems to agree but he is unsure whom to kill. Interestingly, Fox already has someone in his mind. Elsewhere on the farm, Einar finally meets the mysterious woman he had seen with Ketil and learns that her name is Arnheid. It turns out that she is just an ordinary slave like him and not Ketil’s daughter. But before he could get to know more about her, Fox and Badger tell Thorfinn and Einar to accompany them.

The duo takes the slaves to the same beachside location where Olmar is waiting for their arrival. When Einar realizes what is happening, he tries to fight back and pushes Olmar to the ground. He asks Thorfinn to run away and tell Ketil about the situation. But instead of leaving Einar, Thorfinn volunteers to be cut down by Olmar on the condition that the men there allow Einar to return to work.

After Thorfinn volunteers to be cut down by Olmar on the condition that Fox and the men surrounding him allow Einar to leave, things take a turn for the worse. Fox approaches Thorfinn and confirms if he is aware of the fact that being cut down means dying. Thorfinn’s stoic attitude towards death pisses Fox, who claims that warriors like him sell death, and remarks that appear to paint death as something one should not be afraid of are inherently bad. 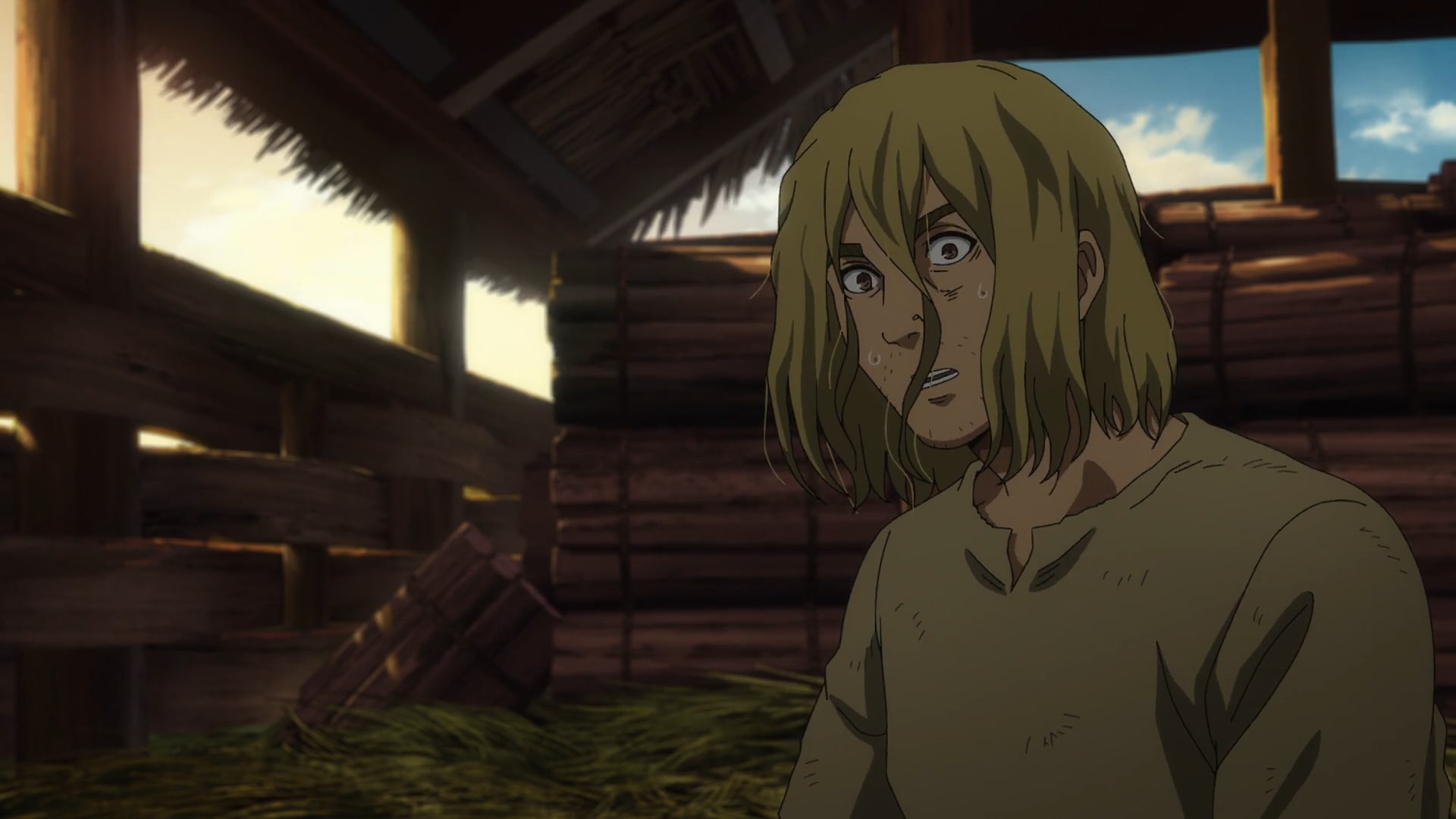 Interestingly, Thorfinn is unable to grasp why one should fear death as he feels that nothing good comes from being alive. He does not hesitate to mention that nothing good has ever happened to him all his life. Therefore, he does share the fear of death that others tend to have. Fox has already beaten up Thorfinn brutally at this point and he has several cut marks all over his body. Einar cannot do anything as he is restrained by other men there.

Although Fox does not notice, Snake also has arrived at the scene and listened to Thorfinn’s thoughts on death. He is also impressed by the fact that he does not even flinch when Fox cut different parts of his body. It turns out that Snake is the head of the farm guards that have been employed by Ketil. The real name of the Danish warrior is Roald and he is a compassionate individual who empathizes deeply with the pain of slaves when they are oppressed in front of him. 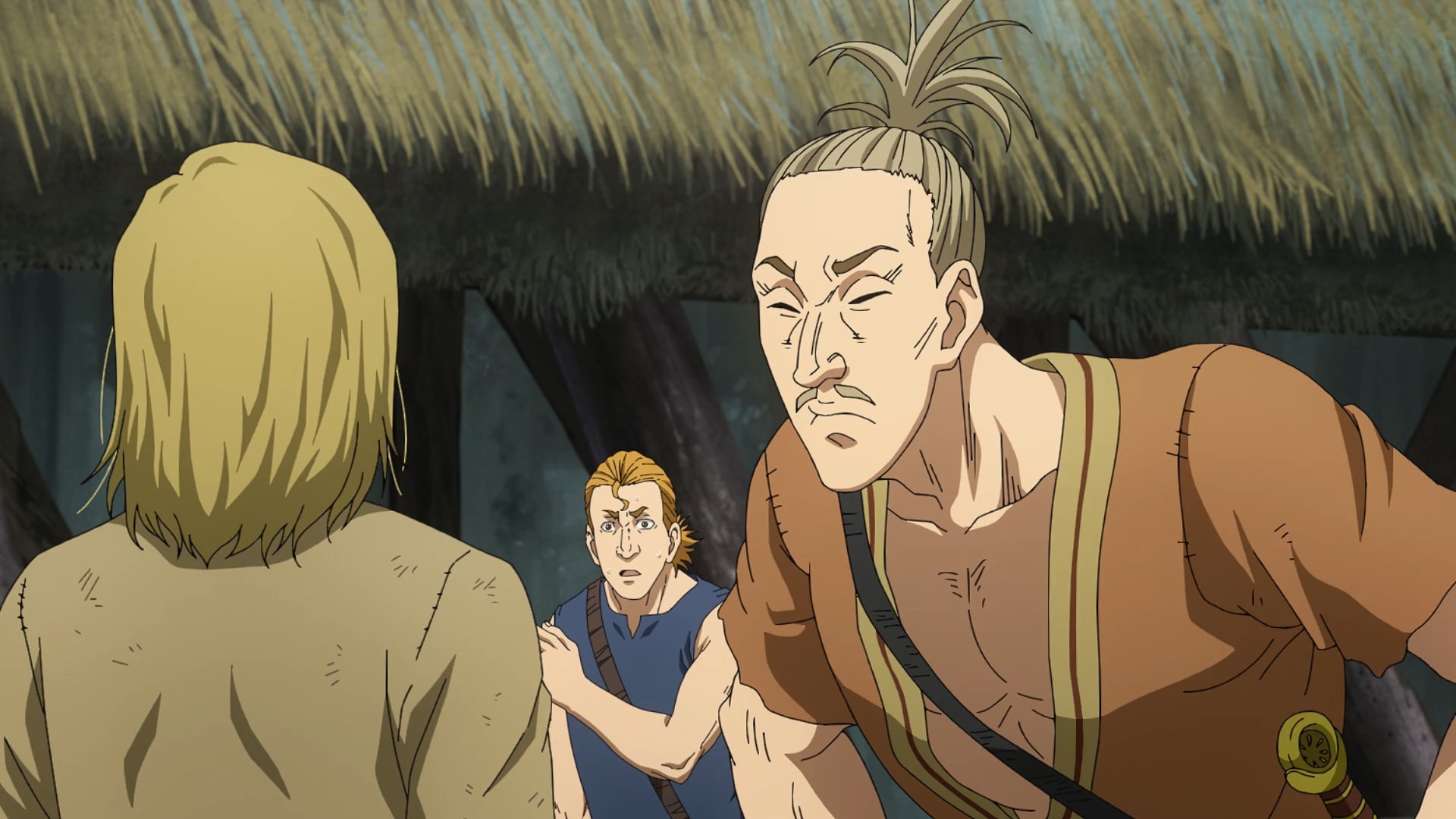 After Thorfinn explains his reasons for not fearing death, Fox just becomes even more furious and cuts his left ear. But he still fails to get any reaction out of him and almost goes for another serious blow to Thorfinn’s body. Luckily, he is stopped by Snake in the nick of time and gets punched in the face so hard that some of his teeth fall off. It is quite obvious that Snake is not happy with Fox, who decided to put Thorfinn’s life in jeopardy just for the sake of his ego.