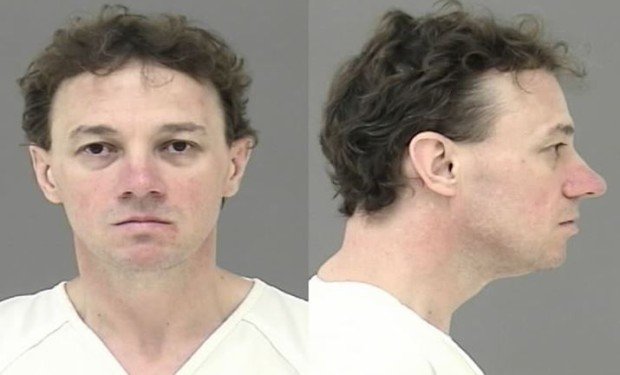 NBC’s ‘Dateline’ has covered the horrific murder of Susan Casey that transpired back in April of 2008. There have been some other brutal crimes, yes, but this one was heart-wrenching, not only because of what happened but because of why and how it had happened. Susan Casey, 34, a single mother of four, had three men in her life – her boyfriend, Brad Holzer, her newly estranged husband, Ted Casey, and her ex-husband, Walter Martin “Marty” Larson Jr. – and one of them was responsible for her mysterious disappearance and death.

Susan and Marty Larson had tied the knot back in 1993, and in their five years of marriage, the pair had two children, before getting divorced in early 1998. At that point, Marty had made it clear that he didn’t want the divorce and had initially even refused to visit the children. It was evident from his behavior that he wasn’t happy with how things were going, so he tried to take matters into his own hands. That same year, he was charged and convicted of trespassing and stalking Susan and her family.

In late 1998 itself, Susan got married to her second husband, Ted Casey, and had two kids with him as well. However, 9 years later, in late 2007, the pair decided to get a divorce and Susan moved out of the home with her children. It’s a bit unclear about when exactly Marty had come back into her life, but it seems like after Susan’s second separation, the once-married couple had started seeing each other again. While Marty had hopes that the two could reconcile permanently, Susan was on a different page and broke things off with him.

She later started seeing Brad Holzer, which made Marty furious and led him to start sending anonymous messages and threatening emails to Susan, Brad, and his wife. On April 12, 2008, the day of her disappearance, Brad had dropped her off outside her apartment a bit after five in the morning, making it evident about what they had been up to. Marty was in his van on the road, waiting for her, and saw it all. It is believed that in a jealous rage, he grabbed her, strangled her, dragged her to his van, and then disposed off her body in the Yellowstone River.

Where Is Marty Larson Jr. Now?

Marty was arrested two days after Susan’s disappearance, but not for her murder, for violating the restraining order that she had against him. But, the charge was dismissed when it came to light that he was never properly notified about it. Over the next four years, every time the investigators looked into Susan’s case they kept on coming back to him. And finally, when they had enough evidence, including a surveillance video footage that discounted the story he had told the investigators, in February 2012, they charged him for her murder.

Walter Martin Larson went on trial in March of 2013 claiming to be innocent. However, after a six-day trial and five hours of deliberation, the jury found him guilty of deliberate homicide and tampering of evidence. On July 31, 2013, he was officially sentenced to 100-110 years in Montana State Prison and was ordered to serve at least thirty before he could be eligible for parole. He was also ordered to pay $15,000 to Susan’s family for funeral expenses as well as more than $2,000 for court fees. He has maintained his innocence, but in 2015, the courts affirmed his conviction and his sentence. (Featured Image Credit: Montana Department of Corrections)