Was George Jones an Alcoholic and Drug User? 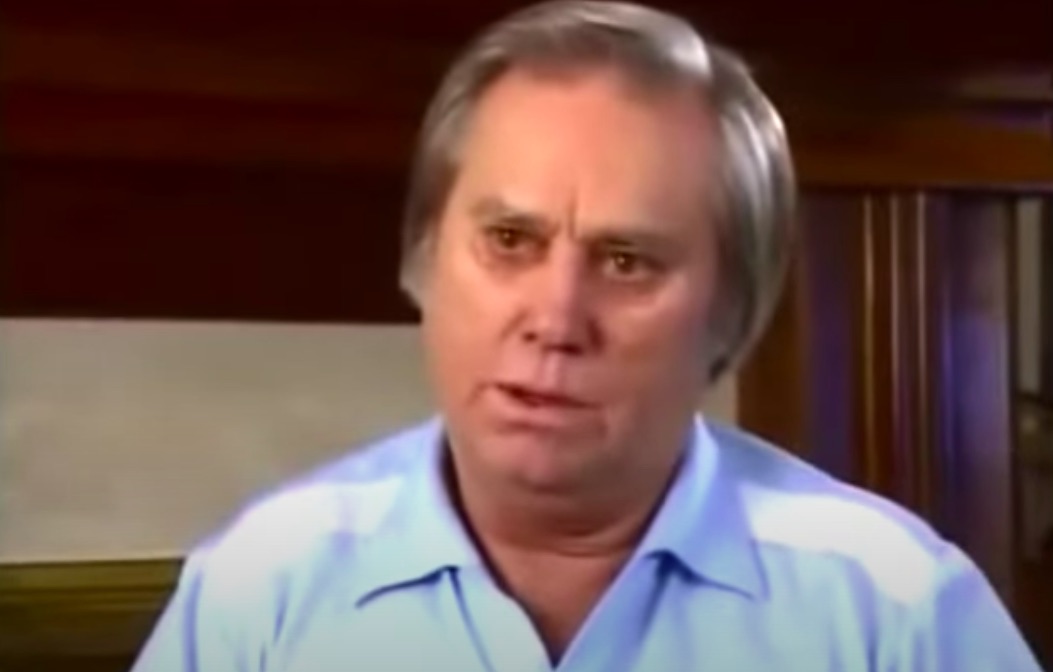 Showtime’s ‘George and Tammy’ recounts the tumultuous personal and professional relationship of George Jones and Tammy Wynette. Throughout the series, we find George struggling with alcohol and later drugs. To underline the extent of his addiction, the series introduces him to the audience while he is in a drunken stupor. His situation goes up and down, while he tries to leave behind his dark days but somehow ends up falling deeper into the abyss. If you are wondering how accurate the show gets while portraying his problem and whether he really was so dependent on alcohol and drugs, then here’s what you should know about him.

Was George Jones Addicted to Alcohol and Drugs?

Yes, much like shown in ‘George and Tammy’, country music legend George Jones suffered from alcoholism and drug abuse. While he was no stranger to alcohol at the start of his career, things really went downhill for him in the late 60s. In a profile article on him in Texas Monthly, it was revealed that the star first sought help for his drinking problem in 1967, after his father’s death. By this time, alcohol had adversely affected his two marriages and the effect was also starting to show in his professional life. He would often miss his performances, which garnered him the nickname of ‘No Show Jones’.

Jones’ marriage to Tammy Wynette gave him some motivation to get clean, but he could not sustain it for too long. Soon after his and Tammy’s daughter was born, he was committed to the Watson Clinic in Lakeland for ten days. His continuing indulgence with alcohol eventually led to the breaking down of his marriage with Wynette, following which, Jones only spiraled further. Soon, he got hooked on cocaine, which only worsened his situation.

With most of his days drowned in alcohol and drugs, the country music star also started piling up criminal charges against himself. In December 1976, he was “sued for drunkenly assaulting two women in Nashville”. In 1978, he was arrested for assaulting and beating Linda Welborn, his ex-girlfriend. By this time, according to NY Times, Jones had started settling the debts (from people who owed him) with drugs. In his autobiography, ‘I Lived to Tell It All’, he confessed that he’d also started hallucinating and suffered from a case of multiple personality disorder where he would have conversations with a duck and an old man. “They had personalities and passionate convictions of their own,” Jones revealed in his book.

The ill effects of his addiction started to show in his financial state, and in 1978, he filed for bankruptcy. He had cited more than $1 million in debt and owed $36,000 in child support to Wynette. By 1979, he was living in his car and had lost considerable weight. By the end of the year, he was admitted to Hillcrest Psychiatric Hospital in Birmingham, Alabama, but that still didn’t help him much. As soon as he got out, he picked up where he’d left off. Following this, he claimed sobriety multiple times, and at least twice again faced hospitalization, while also getting arrested.

Eventually, when Jones finally did manage to leave behind alcohol and drugs, he gave the credit to Nancy Sepulveda, his fourth wife, to whom he remained married until his death in 2013. By 1983, his health had started deteriorating. The same year, he ended up in Hillcrest again, but this time, the doctors told him that if he didn’t reform himself, he might end up dead. Jones, now 52 years old, got out of the hospital in March 1984 and performed his first sober show in a very long time.

“She [Nancy] has been a very big help in saving my life and career and just about everything. They say when you get that low and in that shape, everybody needs some help, and if I hadn’t got that help, I probably wouldn’t be here today,” Jones said. He also confessed that by then, it had become a “either quit or die” situation for him, and that helped bring things in perspective. Reflecting on his troubled years, he confessed that he had “let so many people down”, for which he felt guilty. But he also considered himself “the most luckiest person in the world” for the support of his fans, whose letters and fan mails supported him through such dark times. He was grateful to them for having “stood by me, even though they got madder than hell at me.”

After this rollercoaster of a few decades, Jones reformed not only his life but also his career. He made up for the shows that he had missed previously and patched up with the people he had fallen out with due to his own misgivings. By the late 90s, he was completely sober and remained so for the rest of his life.