Was Jack Supposed to Kill Portia in The White Lotus, Explained 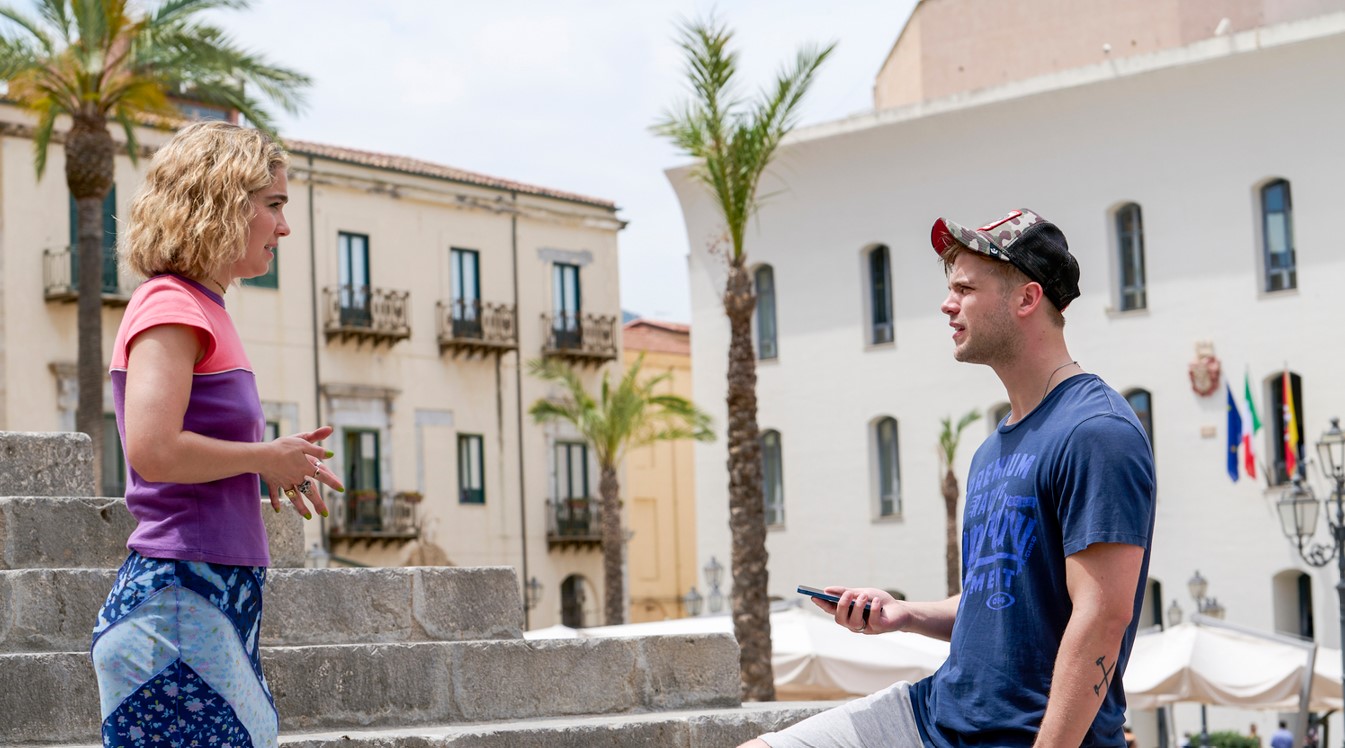 As the second season of ‘The White Lotus’ concludes, series creator Mike White and his collaborators successfully tie up most of the plot threads, though some remain open. In his post-finale commentary, White hints that those things might be addressed in season 3. There are also questions about certain aspects of already concluded storylines. Jack (Leo Woodall) and Portia (Haley Lu Richardson) meet in episode 3 and quickly grow close, but Portia later discovers that it was all part of the plan to kill her employer, the apathetic and depressed heiress Tanya McQuoid-Hunt (Jennifer Coolidge), and take her money. In the season 2 finale, Jack describes Portia as his “job.” If that has made you wonder whether Jack was supposed to kill Poria, this is what we think. SPOILERS AHEAD.

Was Jack Tasked with Killing Portia?

Woodall seems to think that his character’s “job” was to kill Portia. He revealed in an interview that White didn’t give him any explicit note on the character. “Mike and I didn’t talk about his backstory because, in a way, it was more my job to play what was on the page. When it got to that bit, I started to think about his backstory, but there’s something so genius about Mike’s writing that I didn’t want to compromise what he’d done,” the actor said.

This led Woodall to make certain assumptions about his character, including the notion that Jack was tasked with the job of killing Portia. “Mike never told me outright, but I believe it was his job to kill her, and he chose not to. He does the right thing in the end,” Woodall stated.

As for the fact that Jack left Portia in what seems like a remote place, only pointing her toward the airport, Woodall implied that it was the best thing his character could do under the circumstances. “He did the right thing, but he’s not that nice of a guy,” he said. “He doesn’t take her all the way because it’s very dangerous for him to let her go. So, he’s doing it in a quiet place where it can’t be seen that he’s done that as opposed to taking her to the airport where he could be found out.”

Even though Woodall thinks that Jack isn’t a “nice guy,” he refutes the notion that he is a murderer. He also doubts whether Jack has real feelings for Portia. “I think he has a soft spot for her, but I don’t think he let her go because he cares about her so much. I think it’s that he’s not a murderer,” he said.

While this is definitely within the realm of possibility and comes from a source whose opinion should be considered the most valuable on the matter after White, the vagueness of the narrative leaves scope for speculation.

It’s possible that the original plan didn’t indeed involve Jack killing Portia. He was simply meant to keep her busy and show her around the town while Quentin and his posse murdered Tanya. They probably would have later claimed that Tanya had disappeared, and if her body was bound, they could have claimed that it was an accident. Niccoló brings rope and duct tape in his bag to the boat along with the gun, so the plan was likely to make Tanya’s death look like a case of drowning. The gun was there to force her into compliance or to be used if nothing else worked.

Unfortunately for the conspirators, Tanya sees Jack and Quentin having sex and finds a photo in which Quentin appears alongside a man who distinctively looks like the younger version of her husband. Moreover, a drunken Jack ends up revealing to Portia that Quentin is no longer wealthy but expects a large windfall soon. When the two women finally speak to each other, they realize that Greg might be involved in the plans to get Tanya killed.

After realizing that Portia has more or less figured out the truth, Jack eventually drives her to the airport. Before they part ways, he warns her how dangerous the people he is working with are. If that’s the case, he wouldn’t have let her go if his job was to kill her. He would have known that if he did that, he would forfeit his own life.

Read More: Was Greg on the Boat in The White Lotus? Confusion, Explained