Was Greg on the Boat in The White Lotus? Confusion, Explained 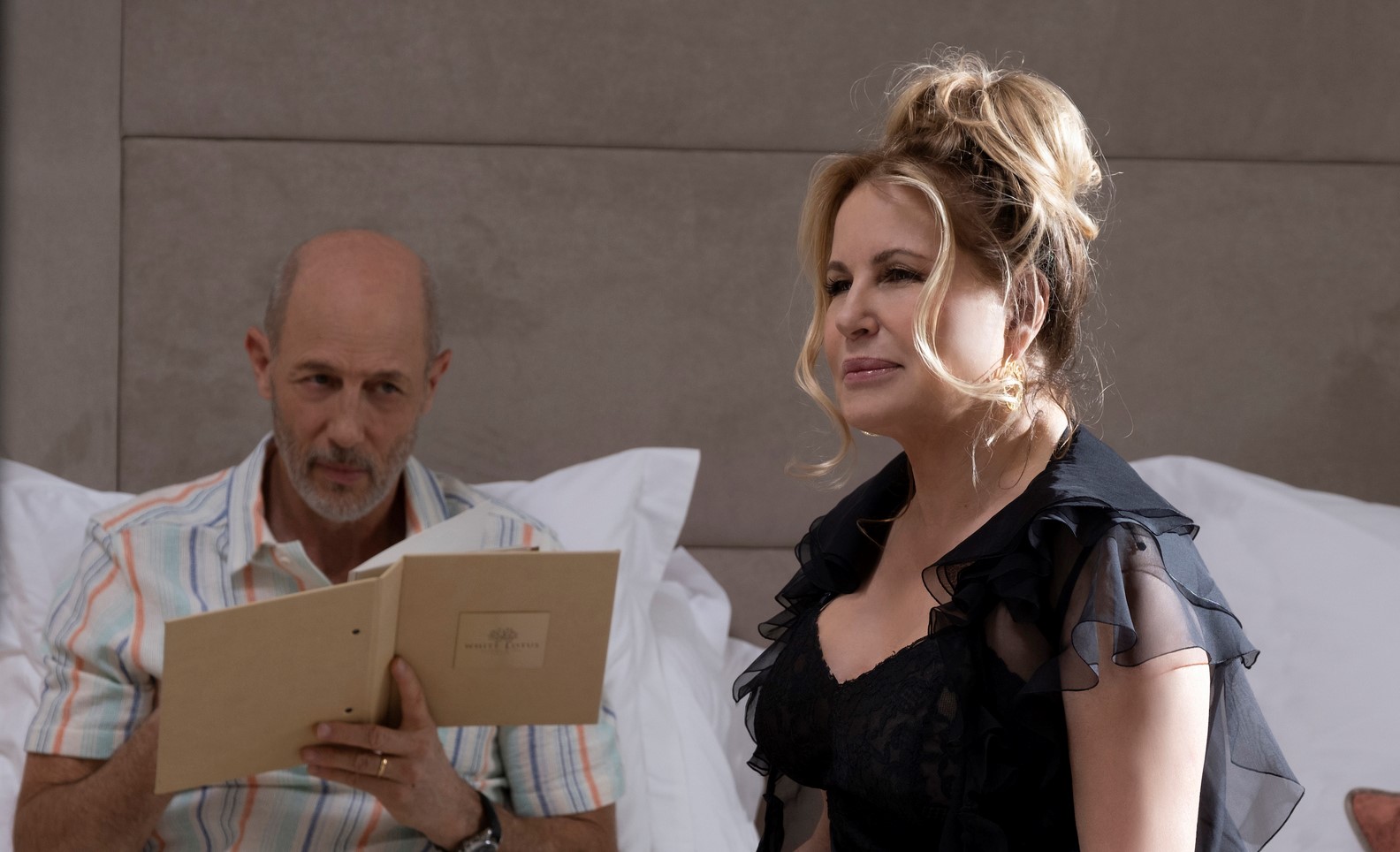 HBO’s ‘The White Lotus’ was originally meant to be a limited series, but its immense success convinced the network and its producers to turn it into an anthology series. In season 2, a new set of characters is introduced, along with a new setting — Sicily instead of Hawaii — and a new central theme — sex instead of money. Among the few elements that the show retained from its first season are the characters Tanya McQuoid (Jennifer Coolidge), the apathetic and depressed heiress from season 1, and her husband Greg Hunt (Jon Gries).

Following the airing of the explosive season 2 finale, there is some confusion about whether Greg is present on the yacht when all those people, including his wife, are killed. Here is what you need to know about it. SPOILERS AHEAD.

Was Greg Present on the Yacht?

In the post-finale commentary, series creator Mike White states that he wanted to bring Tanya’s story to a conclusion in season 2. He refers to a conversation that Tanya has with Greg toward the end of season 1, where Greg speaks about his health issues. Tanya responds by saying that she has had every kind of treatment over the years, with death being the last immersive experience she hadn’t tried.

So, that’s what White and his collaborators set out to do with Tanya’s story in season 2 and assembled the narrative in such a way that Tanya’s fate would be both tragic and hilarious.“And I was thinking it’d so fun to bring Tanya back because she’s such a great character,” White says. “But maybe that’s the journey for her, is like a journey to… death. And not that I really wanted to kill Tanya, because I love her as a character and obviously, love Jennifer, but I just felt like, we’re going to Italy. She’s such a kind of diva, a larger-than-life female archetype. It just felt like we could devise our own operatic conclusion to Tanya’s life and her story.”

Tanya is an incredibly lonely and troubled woman. She married Greg to steer clear of that loneliness. When Greg returned to the US in the middle of the vacation he himself suggested, Tanya thought she found friends in the seemingly wealthy Quentin and his posse. However, in the season 2 finale, she deduces that Greg is the straight cowboy from Wyoming that Quentin fell in love with in his youth. And the two men are now in collusion to kill her so Greg can inherit her money. The prenup signed at the time of their marriage ensures that Greg will not get anything if they divorce. But if she were to die, he would inherit her half-a-billion-dollar fortune.

This is also what makes it rather improbable for Greg to be present on the boat at the time of Tanya’s death. The confusion has likely stemmed from the close caption in the ‘Unpacking the Episode’ featurette, according to which Greg calls her name after Tanya shuts herself in the bedroom with the bag that Niccoló brought. In the episode itself, that part of the dialogue is credited to Niccoló in the close caption. It has become more complicated because several sites have reported Gries being part of the episode. But the entire thing appears to be nothing more than a typographical error.

Greg has absolutely no reason to be on the scene where his wife is supposed to get murdered. He has apparently planned it along with Quentin and went back to the US as it would give him a rock-solid alibi. If he were present on the boat, it would undermine his own plans. In the post-finale commentary, White indicates that Greg might get his comeuppance, which means there is a significant possibility for his return in season 3.

Read More: How Did Lucia Scam Albie in The White Lotus, Explained