Was Jeffrey Dahmer Adopted? Was He A Satanist? 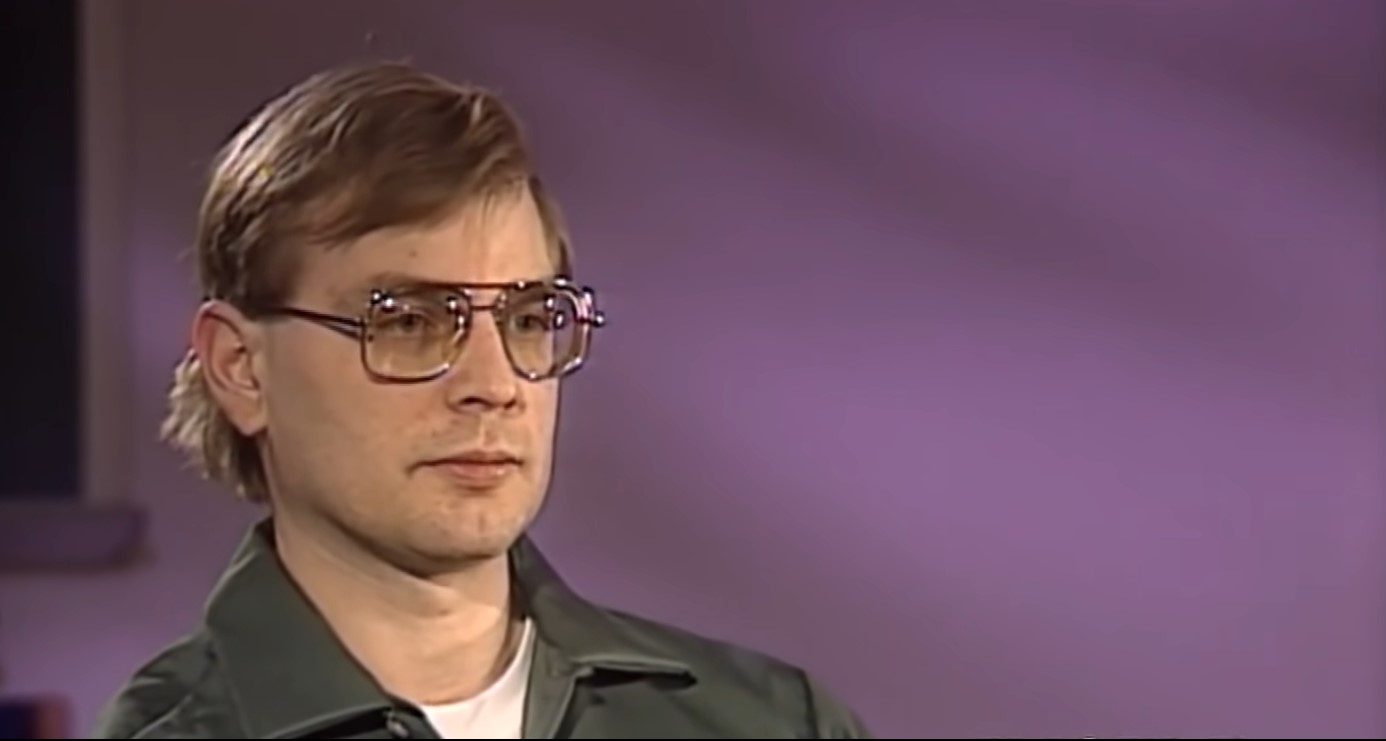 Netflix’s ‘Monster: The Jeffrey Dahmer Story‘ brings to light the heinous and gruesome murder carried out by infamous serial killer Jeffrey Dahmer. A total of 17 men and boys were killed between 1978 to 1991, and once Jeffrey was arrested, the police found skulls, human torsos, and other parts of his victims’ bodies in his possession. Moreover, authorities also discovered that he was building a macabre shrine with the skulls of the people he killed. Such discoveries, along with the news of Jeffrey’s parents’ divorce, have made people question if Jeffrey Dahmer was adopted and a Satanist. Well, fret not because we come bearing answers.

Generally, serial killers face a challenging childhood, and the repressed trauma and rage later emerge through their murders. However, readers might be surprised to know that Jeffrey Dahmer’s childhood was quite normal and that he wasn’t adopted. Born on May 21, 1960, to Lionel Dahmer and Joyce Flint, Jeffrey spent most of his growing years in either Milwaukee, Wisconsin, or Doylestown, Ohio. Reports claim that Lionel and Joyce adored Jeffrey as an infant and gave him all the love he needed. However, his parents couldn’t see eye to eye with each other, which led to several altercations.

However, this changed once Jeffrey entered school as his father, a chemistry student at Marquette University, got busy with his studies. At the same time, sources claimed that his mother became a hypochondriac and even tried to die by suicide in one instance. Moreover, Joyce feared getting Jeffrey infected and chose to stay away from him. Naturally, such a situation made Jeffrey feel neglected, and after his arrest, the serial killer even went on to say that he never understood what a familial bond is like.

Things worsened once Joyce got pregnant with Jeffrey’s brother, which reportedly amplified her hypochondriac tendencies. She began over-using prescription drugs, which led to frequent arguments with her husband. Unfortunately, with neither of them being able to reach an understanding, the couple decided to divorce, which was finalized on July 24, 1978. At the time of the divorce, Jeffrey had just turned 18 and was a high school graduate. Hence, he began pursuing a major in business at Ohio State University but dropped off and tried his hand at the army.

Nevertheless, Jeffrey’s drinking habit rendered him unsuitable for service, and he even worked at a Miami sandwich shop before moving in with his father and stepmother, Shari Dahmer. Subsequently, Lionel sent his son to stay with his grandmother, Catherine, in West Allis, Wisconsin, and Jeffrey moved into his own Milwaukee apartment in 1990. Thus, even though Jeffrey had a stepmother and even stayed with his grandmother for some time, he was not adopted.

Was Jeffrey Dahmer A Satanist?

There are no official reports that explicitly claim Jeffrey Dahmer to be a Satanist. However, experts, including Jeffrey’s own attorney, have claimed that the serial killer might have felt himself to be an embodiment of Satan while carrying out the murders. Although horror movies and the macabre enthralled Jeffrey, most of his murders were sexually driven and committed out of a desperate desire to control his partner. Moreover, Jeffrey also wanted a relationship where his partner would have no self-will or want, which is precisely why the serial killer sought to create slaves by drilling a hole into his victims’ heads before injecting hydrochloric acid inside. Even his cannibalistic instincts were a part of his desire for complete power over his victims and not due to any satanic ritual.

Interestingly, Jeffrey’s last intended victim, Tracy Edwards, who ultimately got the serial killer arrested, claimed that Jeffrey was watching ‘The Exorcist III,’ and chanting something under his breath before threatening to kill him. Moreover, after his arrest, the police discovered that the serial killer was building a shrine with skulls and torsos of his victims. Even though such instances point towards some form of Satanism, readers should note that Jeffrey never referred to himself as such.

Read More: What Was Jeffrey Dahmer’s Job? How Did He Earn His Money?