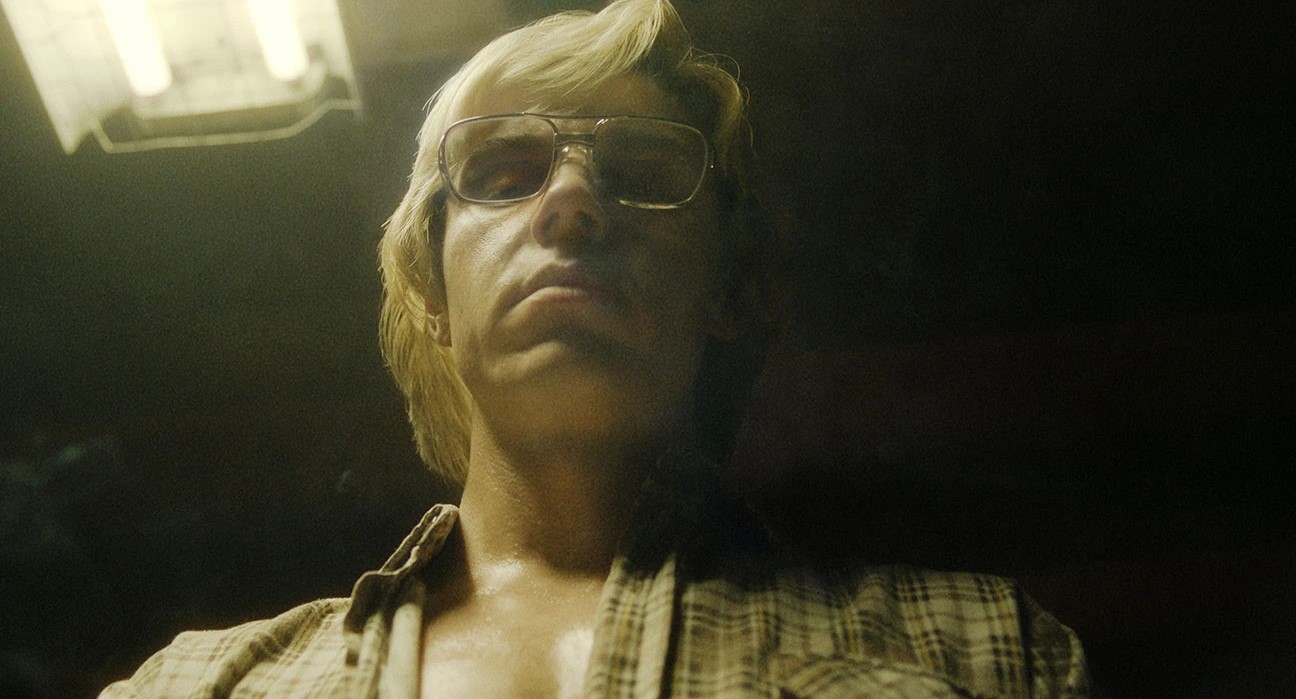 Netflix’s ‘Dahmer – Monster: The Jeffrey Dahmer Story’ is a biographical crime drama series that sheds light on the horrific crimes of Jeffrey Dahmer, one of the most notorious serial killers the nation has ever seen. Mostly told through the perspective of Dahmer’s victims, the narrative depicts the flaws of the system and police incompetence that allowed the serial killer to extend his murderous streak for multiple years.

Co-created by Ryan Murphy and Ian Brennan, the series touches on several subjects. One of the prominent ones is how appearance can be deceptive, as Dahmer, a handsome guy, is given a free pass by the law and barely gets charged for his crimes. So, if you are into crime series that involve serial killers, you might want to check out the recommendations we have listed below. You can watch most of these shows like ‘Dahmer – Monster: The Jeffrey Dahmer Story’ on Netflix, Hulu, or Amazon Prime. 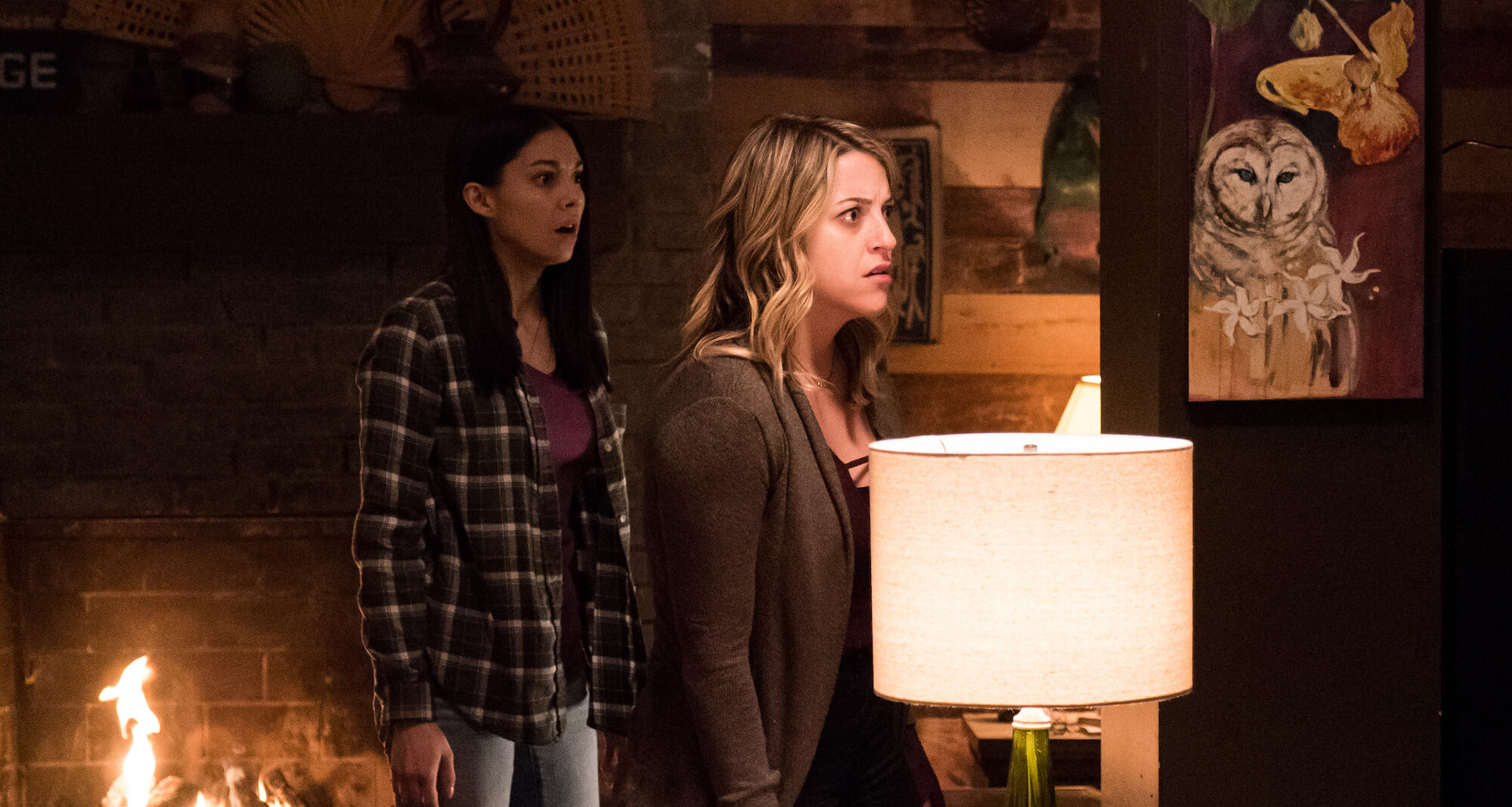 Created by Aaron Martin, ‘Slasher’ is an anthology slasher horror series that revolves around a masked serial killer without any plausible motive for murdering his victims. In the debut season, a ruthless killer picks off town residents and murders them. The sophomore round follows a group of counselors who keep a murder under wraps, but they get killed consecutively by an unknown hooded figure.

Although it is an anthology series, the continuing theme of a serial killer going on a killing spree and the thrilling vibes are a couple of aspects that link ‘Slasher’ with ‘Dahmer – Monster: The Jeffrey Dahmer Story.’ 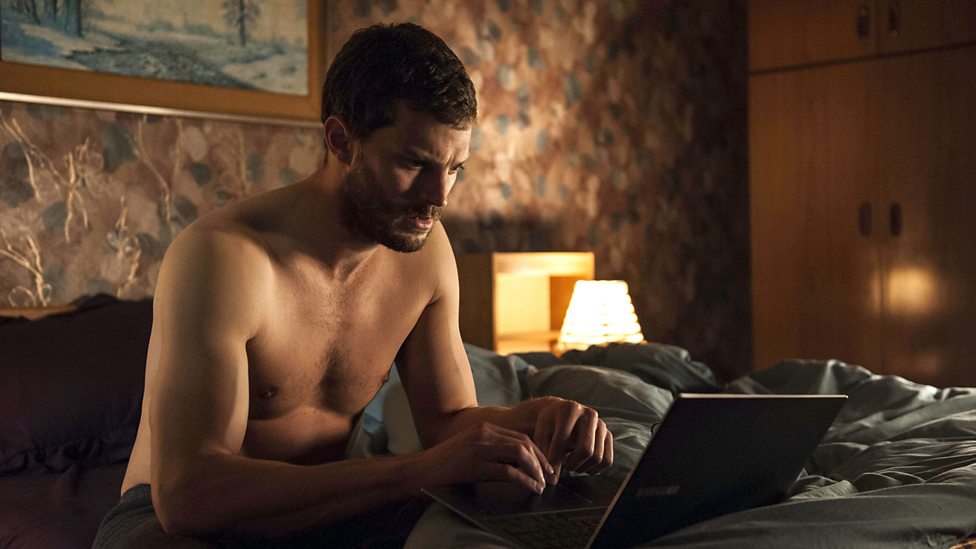 Created and written by Allan Cubitt, ‘The Fall’ is a crime drama series that follows a serial killer named Paul Spector and a Detective Superintendent called Stella Gibson. While Spector preys on victims to kill in and around Belfast, Gibson is on a hunt to catch him — both hunters in their own ways.

The serial killer leads a double life as he is a husband and a father, keeping him out of the police’s radar for years. So, when Gibson takes on the case, she does everything she can to bring him to justice. Apart from the involvement of a serial killer, what makes ‘The Fall’ similar to ‘Dahmer – Monster: The Jeffrey Dahmer Story’ is that it also depicts the incompetence of the legal system.

Created by Eva Kranenburg, Philipp Kadelbach, and Oliver Berben, ‘Perfume’ is a German thriller drama series inspired by Patrick Süskind’s eponymous novel and the 2006 movie ‘Perfume: The Story of a Murderer’ by Tom Tykwer. Set in the modern world, when a redheaded woman’s corpse is found without any of her body hair, the detectives question a group of friends who went to boarding school with her.

Soon, several similar corpses surface, making the investigators sure there is a serial killer on the loose. ‘Perfume’ draws parallels with ‘Dahmer – Monster: The Jeffrey Dahmer Story’ with the presence of a serial killer with a specific pattern in his murders. 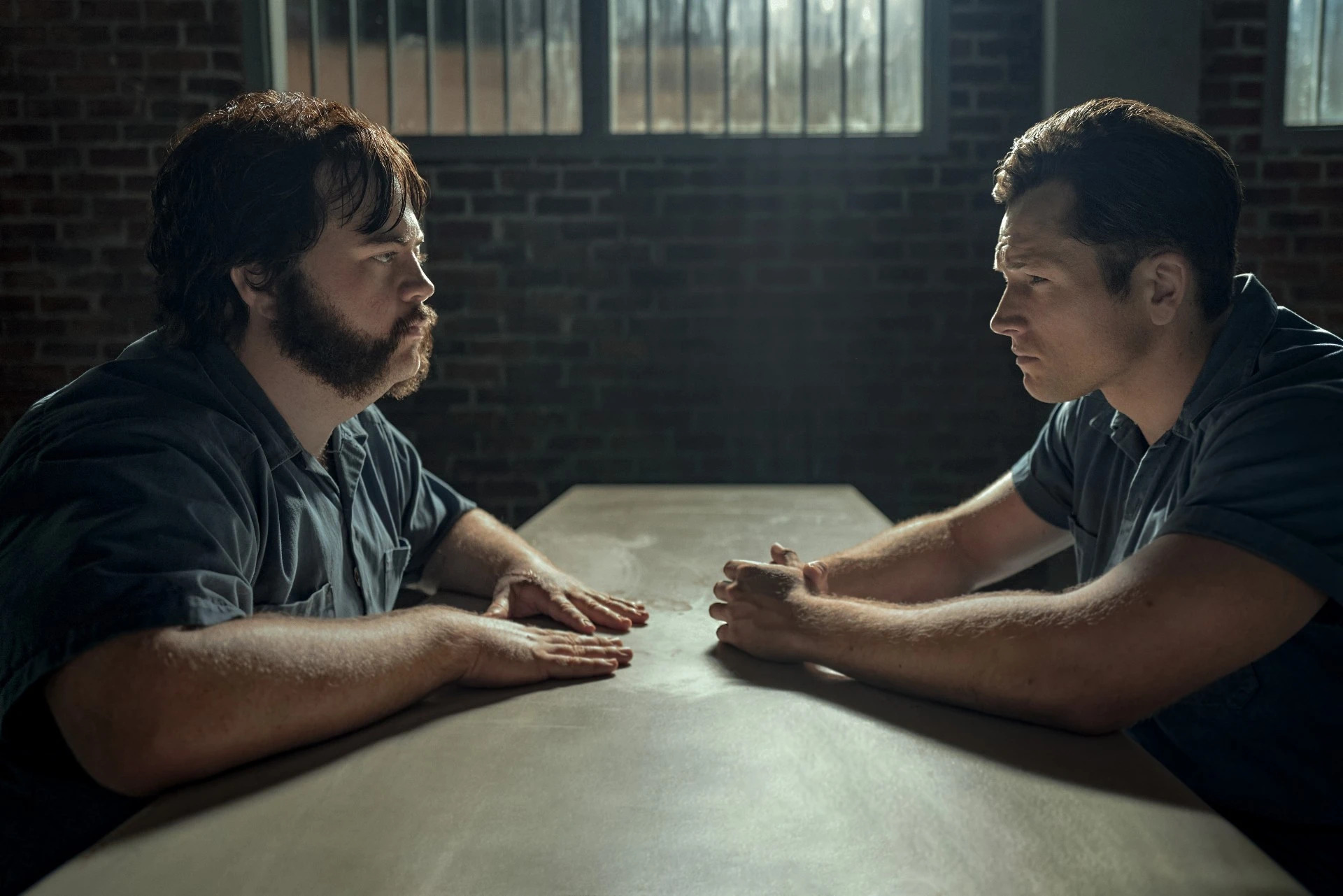 Based on the 2010 autobiographical novel ‘In with the Devil: a Fallen Hero, a Serial Killer, and a Dangerous Bargain for Redemption’ by James Keene and Hillel Levin, Apple TV+’s ‘Black Bird‘ is a crime drama series created by Dennis Lehane. When James ‘Jimmy’ Keene is given ten years behind bars for dealing narcotics, he agrees to a dangerous deal with the FBI that involves befriending a suspected serial killer named Larry Hall. From Jimmy’s point of view, we get a glimpse of the workings of the murderous serial killer, just as Dahmer’s twisted mind is showcased in ‘Dahmer – Monster: The Jeffrey Dahmer Story.’

Based on the characters and themes from Thomas Harris’ ‘Hannibal’ novels, NBC’s ‘Hannibal’ is a psychological thriller series developed by Bryan Fuller. It chronicles the unusual relationship between a young FBI special investigator named Will Graham and a forensic psychiatrist and serial killer, Dr. Hannibal Lecter.

As Will’s psychiatrist, the latter helps him as he is haunted by his strange ability to empathize with serial killers, yet he soon turns out to be his most dangerous enemy. Just like Dahmer in ‘Dahmer – Monster: The Jeffrey Dahmer Story,’ the titular character in ‘Hannibal’ not only kills his victims but also has cannibalistic tendencies. 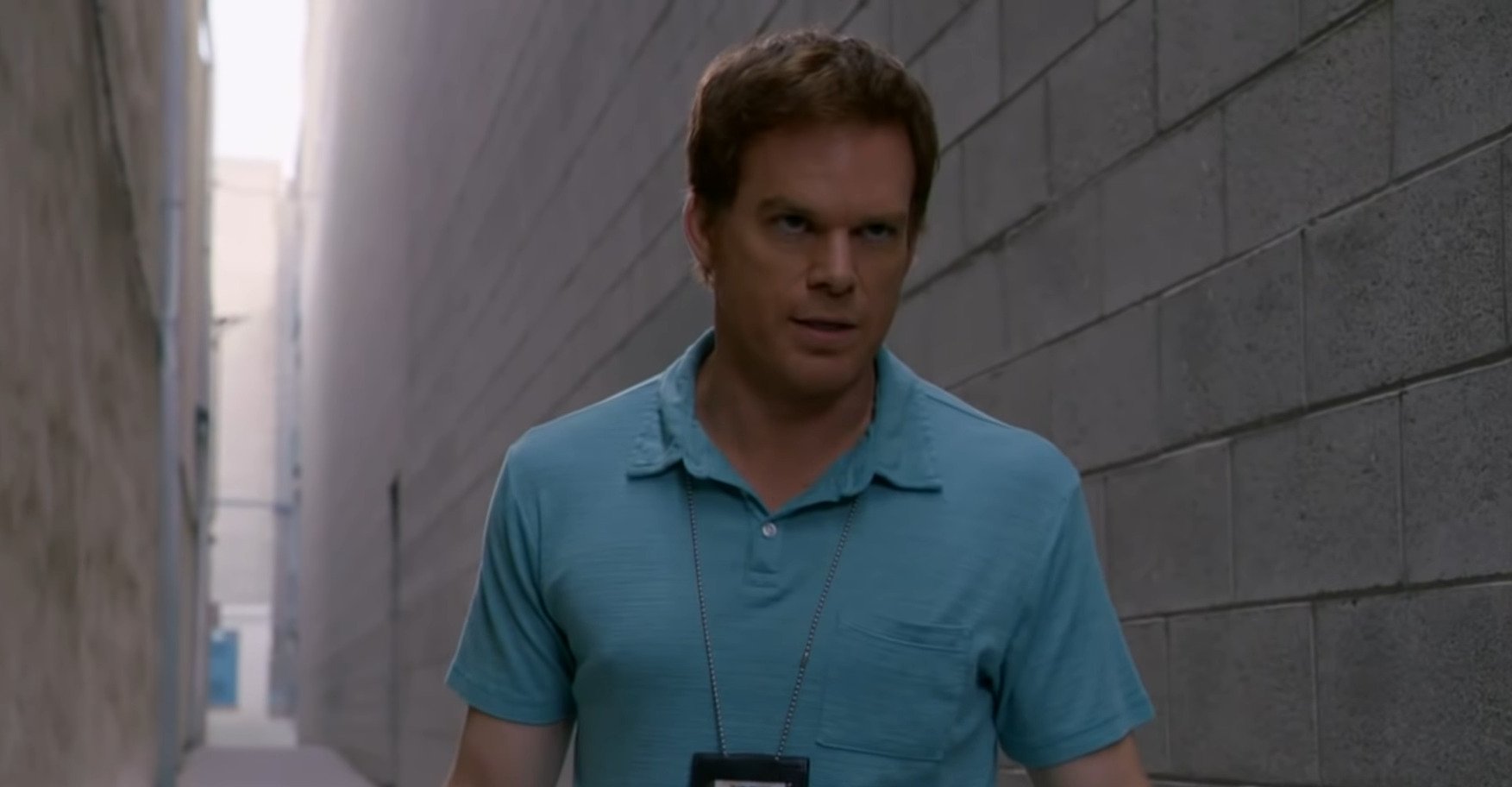 Arguably one of the most popular and best serial killer-based shows out there, ‘Dexter‘ is a crime drama series developed by James Manos Jr. and based on Jeff Lindsay’s ‘Darkly Dreaming Dexter.’ It revolves around a bloodstain pattern analyst named Dexter Morgan, who works for the Miami Metro Police Department.

However, at night, Dexter turns into a vigilante serial killer who hunts down individuals who slip through the cracks of the law due to the flawed justice system. Although his and Dahmer’s motives are way different, the fact that they both are involved in the ruthless killings of several people makes them somewhat similar. Moreover, ‘Dexter’ depicts the flaws in the legal system, similar to the Netflix series.