The serial killer film is a popular subgenre of crime drama, evoking the dark side of the human psyche and compelling us to think about how a person can take a human life. In a social Darwinist world of dog eat dog, some people derive the sadistic pleasure of the highest kind by killing. From Norman Bates to Hannibal Lecter, the cinematic medium has given birth to iconic and chilling serial killer characters. Let us present a comprehensive list if you are out here to find some serial killer movies available for streaming on HBO Max. 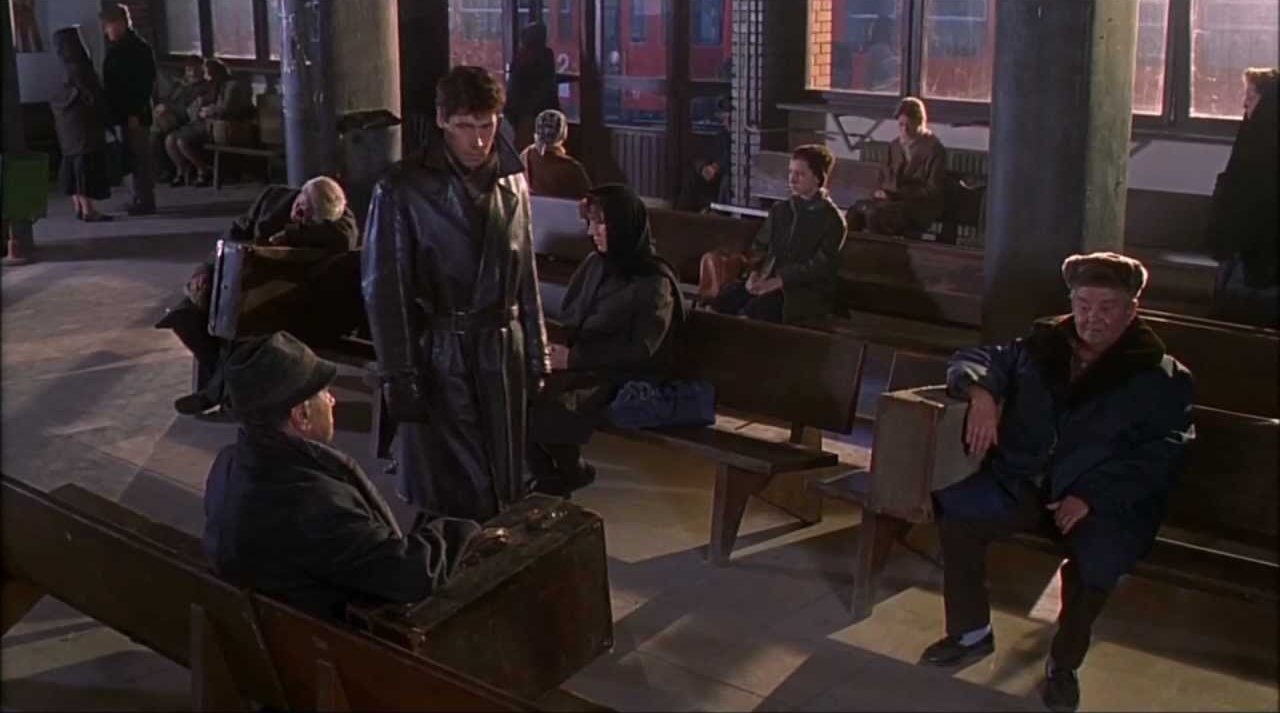 Helmed by Chris Gerolmo, the made-for-television detective movie ‘Citizen X’ plunges the audiences into the tense landscape behind the geopolitical Iron Curtain. Based on the novel ‘The Killer Department’ by Robert Cullen, the movie follows Viktor Burakov, a forensic expert hell-bent on catching a harrowing serial killer. However, the investigation becomes a bit more complicated with the intervention of political authorities. A noir landscape helps create secrecy surrounding the Soviet regime, while the movie attempts to take a jab at bureaucracy. If you are looking for an offbeat serial killer thriller, here is a film you must add to your watch list. 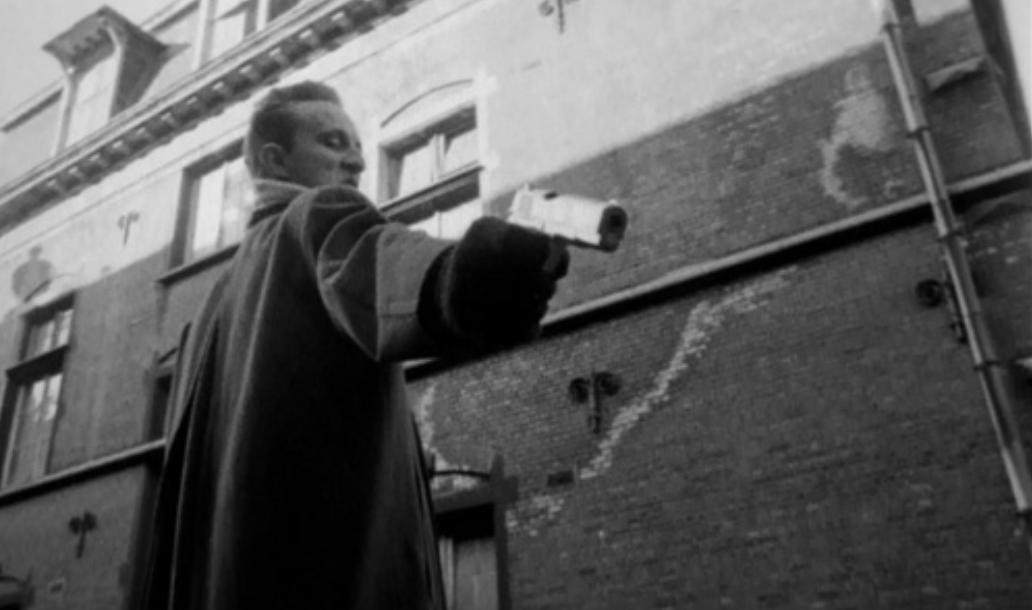 While there have been a lot of serial killer movies, not many of them have replicated the structural innovation opted by the Belgian French-language original crime mockumentary movie ‘Man Bites Dog’ (‘C’est arrivé près de chez vous’). Directed by Rémy Belvaux, André Bonzel, and Benoît Poelvoorde, the movie follows a film crew chasing a charismatic but narcissistic serial killer, recording his violent and macabre exploits. In the process, the team becomes immersed in the act of killing, even ending up as accomplices. Since its release, the movie has become a cult classic, and thankfully, HBO Max has the oddball gem in its roster.

Brian De Palma‘s underrated mystery thriller movie ‘Dressed to Kill’ deserves mention in the list, if only for Nancy Allen’s immersive performance as Liz Blake. The narrative follows the protagonist as she witnesses the murder of housewife Kate Miller. While the police initially think that she is the killer, she becomes a hindrance to the actual killer. Kate’s son Peter believes Liz, and together, they head to the bottom of the mystery, unearthing terrible secrets. If you seek a serial killer story and a taut thriller combined into one, this is a movie that you can count on to empty your popcorn bucket. 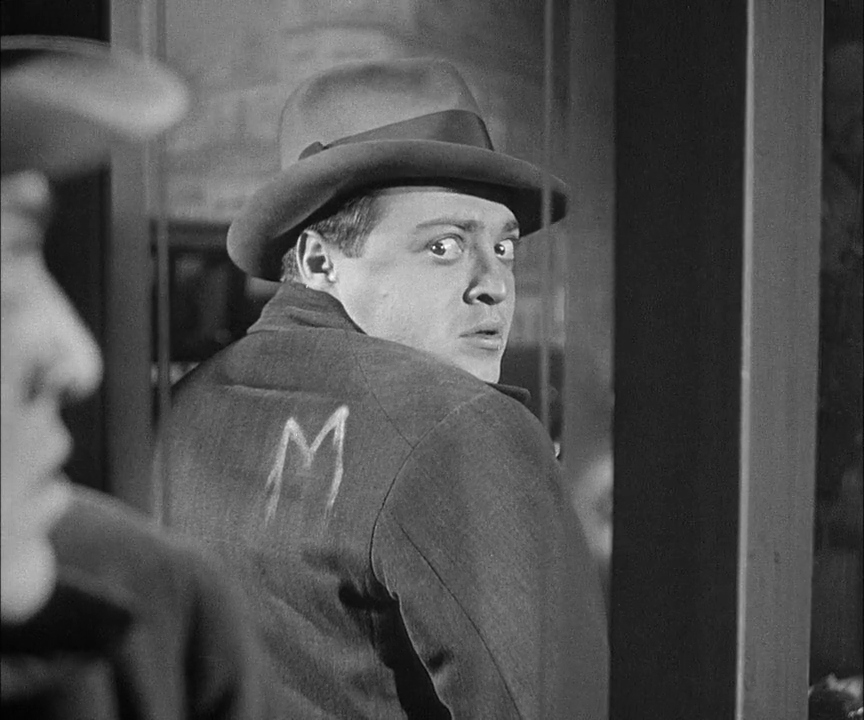 German auteur Fritz Lang’s classic thriller movie ‘M’ (‘M – Eine Stadt sucht einen Mörder’) follows the police in a German city in search of a child-murderer. The narrative spirals out of control as other criminals join the hunting party. Actor Peter Lorre earned the deserved limelight after his performance in the role of Hans Beckert in the movie. If you seek a classic whodunit mystery based on a series of murders, this is one of the early classics to deal with the theme.

Director Mary Harron helmed the psychological horror ‘American Psycho,’ based on Bret Easton Ellis’s controversial novel of the same name. The star-studded cast ensemble features some heavyweights, including Christian Bale and Willem Dafoe. Meanwhile, the narrative explores how consumerist culture gives rise to an all-encompassing infestation of the human psyche.

At the center of the bleak tale is its deranged protagonist, Patrick Bateman, who maintains a high-functioning life while having macabre fantasies. However, the dreams overpower him at night, urging him to draw blood from hapless victims. If you seek a first-person serial killer drama with a grave twist, this is the movie you have been looking for. 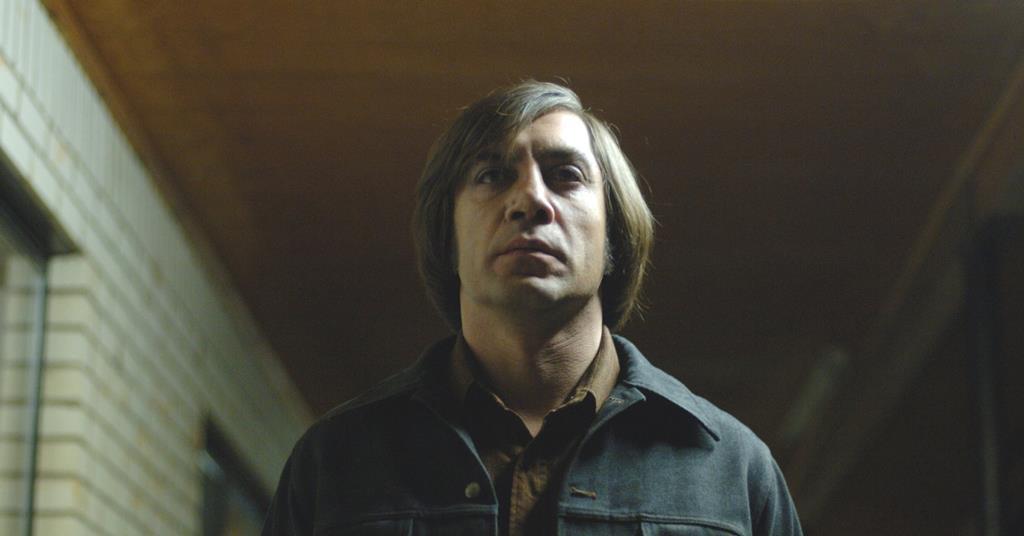 Written and directed by the great Joel and Ethan Coen, ‘No Country for Old Men‘ is a chilling crime thriller set in the backdrop of small-town Americana. While unfolding like a classical tragedy, the movie follows a hunter who strikes the misfortune of getting two million dollars when a drug deal goes wrong. He thinks of saving the money for old age, but in the meantime, destiny follows in the form of mysterious score-setter Anton Chigurh.

Watching a killer psychopath looking intently at his prey seems scary, especially when he appears straight out of a morality fable. Using Cormac McCarthy’s eponymous 2005 novel as the vantage point, the directors weave a tense tale of greed and fatality; here is a movie with a killer who would run a shiver down your spine.

With David Fincher in the director’s chair, the crime thriller ‘Seven‘ (stylized as ‘Se7en’) follows a serial killing case while looking closely at a society that produces such criminals. Two detectives- a veteran and a rookie, investigate a crooked case of serial murders, where the murderer seems motivated by seven Biblical sins and chooses the victims accordingly.

While the murderer always feels out of the detectives’ reach, serial killers often like attention too much. Meanwhile, a doomed fate awaits the investigators; topped off with an Ernest Hemingway quote, the platter is astonishingly gloomy. It is available on the streamer if you want to watch one of the best serial killer movies ever.